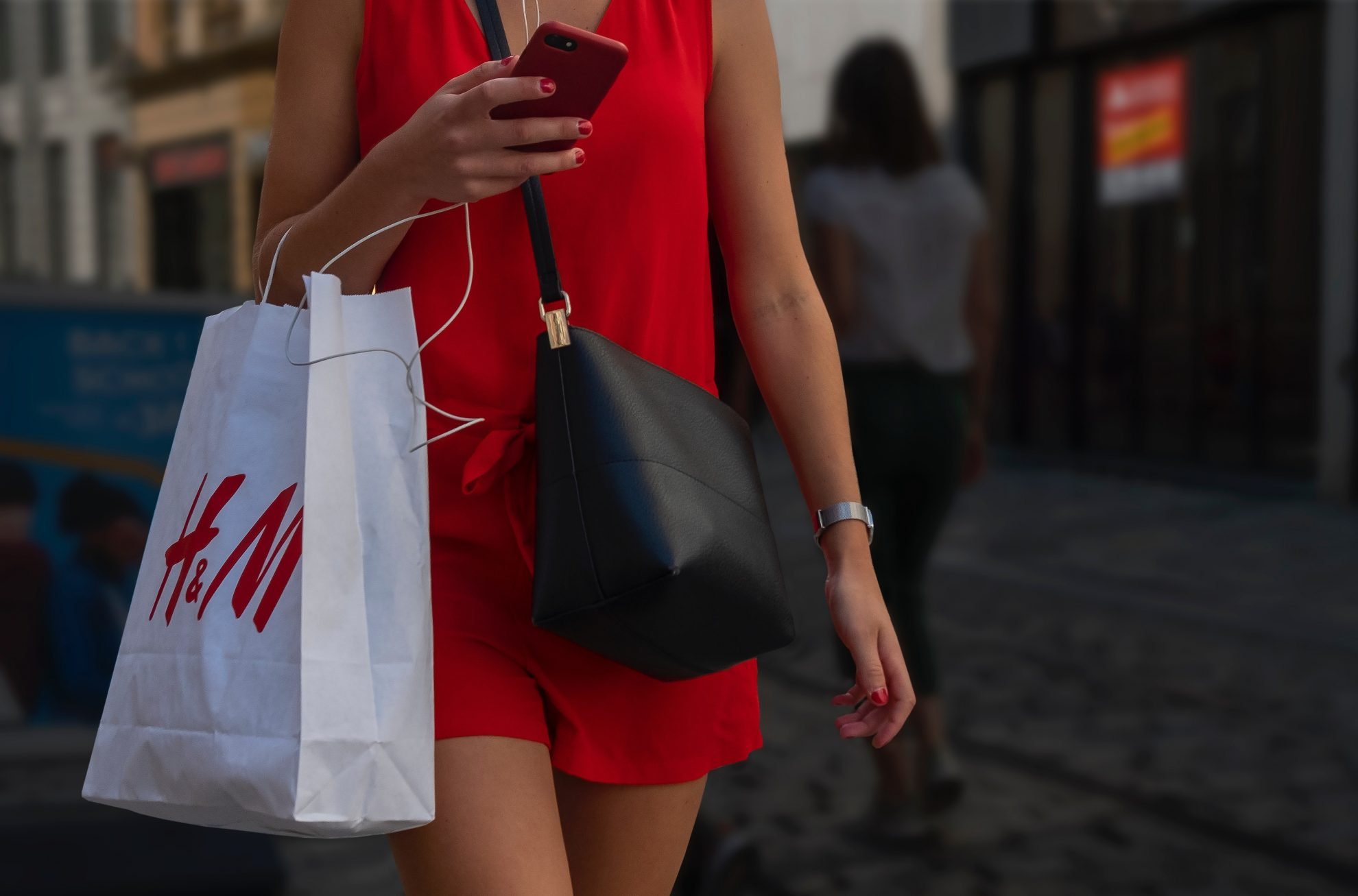 The growing consciousness of consumers to make positive lifestyle changes for the sake of planetary health might be slowing down our buying habits. Fast fashion, of course, has thoughts about the movement, and who knew that saving the world could turn so bleak? Karl-Johan Perrson, chief executive officer of Hennes & Mauritz AB—better known as fast fashion juggernaut H&M—said in an interview with Bloomberg that while the movement “may lead to a small environmental impact, it will have terrible social consequences.”

How can eco-consciousness be bad? Perrson’s point is that the movement emphasizes halting certain consumerist behaviors, and those behaviors sustain other facets of society. Greta Thunberg’s climate battle cry is influencing many people to feel guilty about their eco-harmful habits, like flying and the habitual indulgence of shopping sprees. (Even actress turned political activist Jane Fonda announced this week that she won’t be buying any more clothes). When we consume less, companies feel the sting. The end result? Perhaps less jobs, at least this seems to be the underlying assumption made by Perrson.

However, Perrson’s statements are not the first of their kind, with many leaders of multi-trillion dollar industries arguing for economic growth to solve all the problems being brought about by the depletion of resources, deterioration of the environment, and cycles of poverty limiting the quality of life for humans globally. Unfortunately for Perrson’s this so-called solution really isn’t possible. As studies have shown us time and time again, the only way to slow down the effects of pollution and resource consumption is to slow down our production and consumption. Additionally, a demand in product has rarely shown any kind of improvement in the lives of garment makers, as can be evidenced by increased production quotas in clothing factories across China, Bangladesh, Sri Lanka, and elsewhere.

To further point out hypocrisy in Perrson’s professed concern for garment workers, one must only look to the fact that it is these disenfranchised communities who will be the first to feel the effects of climate change, not the CEOs of billion-dollar fast fashion companies or even the consumers who keep brands like H&M in business. The Union of Concerned Researchers in Fashion (UCRF) states that the places that will suffer the most from climate impact will be the places that take on the toll of industrial pollution — the same countries where vast amounts of clothing are currently being manufactured. “The biospheres and local communities in cheap labour countries are typically not safeguarded by either environmental or labour-laws Persson takes for granted when applied to his own employees, family and country. In fact, it would be illegal to produce the goods he does within his home biosphere and country – even though it is not illegal to import said goods,” UCRF reports. Is this not a “terrible social consequence” that is being perpetuated on a daily basis by the success of fast fashion companies like H&M?

The ‘more is more’ trend was the hallmark allure of fast fashion. Now the cool factor of posting ‘haul’ videos on YouTube is far less cool.

Consumption for the sake of consumption is perceived as consumer gluttony. And fast fashion with its emphasis on runway trends at low, low prices has taken much criticism for its environmentally unfriendly practices.

Cheap clothing comes at a cost. Millions of tons of cheap clothing comes at an even greater cost. (Today the fashion industry produces 62 million tons of clothes. By 2030, this number will increase to 102 million.) While the consumer sees the savings, pollution from the manufacturing processes causes more damage than all those private jet trips chartered by British royalty. According to the United Nations Environment Programe, “The fashion industry produces 20 per cent of global wastewater and 10 per cent of global carbon emissions – more than all international flights and maritime shipping.” And that gorgeous deep indigo hue on your favorite skinny jeans—the pair that looks spectacular with the on-trend pistachio green blouse? All that dye from those colorful hues is one of the top contributors to water pollution. Jeans cause even more dreadful damage, because, according to the UN, thousands of gallons of water are wasted just so we can rock that perfect pair of denim.

H&M has been up front about changes the company is implementing (and has implemented) to lower its environmental impact and decrease its carbon footprint.  Yet, according to Bloomberg, a quote from Perrson emphasized that while the climate issue is a concern, so, too is poverty.

While environmental costs from the fashion industry are well documented, it’s harder to see the people who are hurt in the process of making all our budget-friendly fashionable clothes.

We don’t see their faces; we don’t feel the sweat dripping from their brows or know how poorly they are treated. We definitely don’t add up the pittance that makes up the paycheck they receive for serging the seams of our jeans, piecing together our dresses, or fastening the buttons to our shirt collars.

Before fashion and garment work went overseas, sewing machines ran swiftly in U.S. factories. The clothes of our past once bore tags with union labels representing U.S. garment workers. In the ‘60s the union label was blue. Later it was red and blue. Eventually the tags disappeared and were replaced with new labels: Made in China, Made in Vietnam, Made in Mexico.

The clothes were cheaper to make, and cheaper for the consumer, too. Of course, cheaper workers also meant a higher profit margin. Yet, every cheap price tag also bears a very high moral cost, because for many workers those wages meant (and mean) working to stay in poverty.  Many companies have taken an active interest in improving the conditions of the factories that make their clothes. Others, including H&M, have been the subject of labor issues.

In May 2018, a report was released by Global Labor Justice detailing stories of violence inflicted on workers in H&M’s factories. The report also noted that women were often relegated to subservient positions, while management roles were commonly held by men. This power dynamic keeps women’s wages lower, while perpetuating patriarchal dominance. And the treatment of these women is often horrific:

“On September 27, 2017, at 12:30 pm, my batch supervisor came up behind me as I was working on the sewing machine, yelling ‘you are not meeting your target production.’ He pulled me out of the chair and I fell on the floor. He hit me, including on my breasts. He pulled me up and then pushed me to the floor again. He kicked me.”

H&M has pledged in the past to improve conditions. And, clearly, Perrson claims to be concerned about poverty and its affect globally. Yet, climate and poverty co-exist in the same fashionable ecosystem. Mindful consumerism requires buying less, buying quality, and making purchases from companies that treat workers fairly and pay living wages. For H&M not to feel the sting of mindful consumerism, the company must make changes that not only help sustain the planet, but the workers, too. Improving conditions in factories and continuing to reduce environmental impact and embrace sustainable fashion would allow H&M to strip away its ‘fast fashion’ reputation. Survival for all fast fashion giants will mean ripping off that cheap label, because as the mindful consumerist movement advances, ‘fast fashion’ won’t be forced to slow down…it will be forced to stop.

Want to help us vet and hold more brands accountable? Donate today and get a free #WearYourValues tote, t-shirt, or pin.