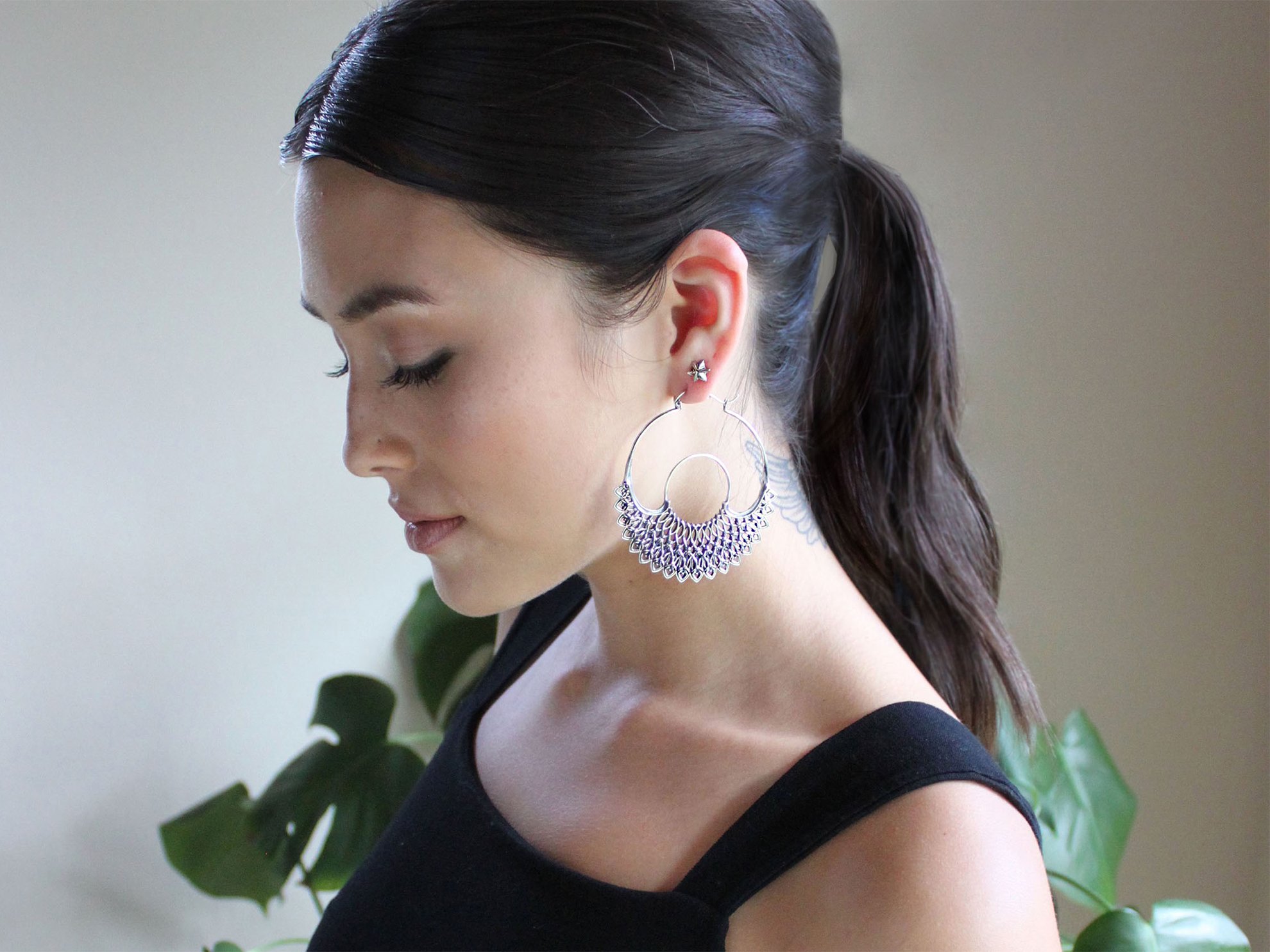 When you think of sustainable fashion, what comes to mind? Clothes? Shoes? Handbags? How about jewelry? Can you name any brands that you know partake in ethical production standards? If you’re having difficulty, don’t feel bad. While jewelry designed with eco-friendly and ethical practices in mind does exist, this way of working has yet to become an industry standard. Oftentimes, the brands that are doing it right are small and born out of a personal passion for preserving the planet and its people.

One example is Astor + Orion. The owner, Karen Hartman, found herself inspired by nature and wanted to craft beautiful objects that mimicked its organic flow. Though initially unsure if the world needed another jewelry brand, the one thing she did know is that her kids deserved a better place to live.

The simple answer: the supply chain. Raw materials such as gold, diamonds, gemstones, and other precious metals and minerals can be mined in one country, and then traded, exported, and processed in other countries, before being turned into jewelry in yet another country. There are more than a few checkpoints in the ‘mine to market’ process. If this seems complicated, that’s because it is.

In 2006, the film Blood Diamond helped to unearth the complexity, specifically detailing the connection of ‘conflict diamonds’ (i.e. diamonds mined to finance war in Sierra Leone) to the loss of human rights. To reduce the flow of ‘conflict diamonds’ and their long-term impacts on society, 82 countries came together in 2003 and formed the Kimberley Process. These countries developed a certification process that allowed participants to build transparency into their business practices.

Even still, many mines still pose many threats, one of which is environmental. Chemicals such as cyanide, mercury, and sulphuric acid are used to extract precious minerals from the earth. This leaves the land and water contaminated. Another is political. Clearing the way for mining often forces communities to leave their homes and land. This displacement can lead to social unrest.

On top of all this, there is also the issue of child labor and forced labor. At least one million children work in small-scale mines worldwide. These children are exposed to hazardous working conditions, which include long periods of inhaling dust and toxic chemicals. Adults can be victims too. Traveling to unfamiliar or remote terrain for mining work can make workers isolated and vulnerable, and thus, easily lured into exploitative situations such as human trafficking or drug trading.

These combined factors make traceability and transparency a challenge in the jewelry market.

“There is no such thing as ‘away.’ When we throw anything away it must go somewhere.”

Hartman understood she would have to forgo the traditional jewelry-making process in order to bring her ethical vision to life. She began her journey with the words of Annie Leonard: “There is no such thing as ‘away.’ When we throw anything away it must go somewhere.” As a result, she decided to make jewelry with recycled metals. She also studied the work of William McDonough, and in doing so, discovered that circular design was the right path forward for her business.

According to the Ellen MacArthur Foundation, “a circular economy means that products no longer have a life cycle with a beginning, middle, and end.” Essentially, designers use this method when their intention is to prevent waste and pollution. Designing in a circular workflow is no walk in the park. Considering all of the materials that are used in traditional jewelry-making, a lot has to be taken into account. Can it be reused, refurbished, remanufactured, and recycled? All signs must point to yes if a product is truly to be made via circular design.

At Astor + Orion, jewelry-making is eco-conscious and community-centric. Designs are modelled, printed, and perfected in 3D before transferring materials to the factory for molding, casting, polishing, and packing. The factory is based in Thailand and has a state-of-the-art water filtration system, which earned the team an international certification for their environmental practices. This is one of the main reasons why Hartman decided to partner with the factory. She believes that this “type of treatment system isn’t something you create just to get a certificate.” The factory is truly after “creating the best place to work so they have a low employee turnover.” In its most recent third party audit, the annual employee turnover rate at the factory was less than one percent. Now, that is the definition of sustainability.

“The idea is that instead of continually taking resources from the planet, making a product, and then throwing it away at the end of its life, we could do something better. What if, instead, we kept resources in a loop where they are endlessly recycled or composted back into the earth in a regenerative way? What if, instead of worry[ing] about how to clean up toxic materials, we just never used them in the first place?”

Everything stated, Hartman has built her jewelry brand upon a simple philosophy: “The idea is that instead of continually taking resources from the planet, making a product, and then throwing it away at the end of its life, we could do something better. What if, instead, we kept resources in a loop where they are endlessly recycled or composted back into the earth in a regenerative way? What if, instead of worry[ing] about how to clean up toxic materials, we just never used them in the first place?”

Stay in the Ethical Know & Subscribe to Our Monthly Newsletter

JeLisa "JL" Marshall is a fashion supply chain professional based in Seattle. She believes the industry should be more sustainable and became a Remake ambassador to help drive change. She shares her passion with her community by organizing clothing swaps, fashion shows, panel discussions and style consults through her business, The Stylist Way.