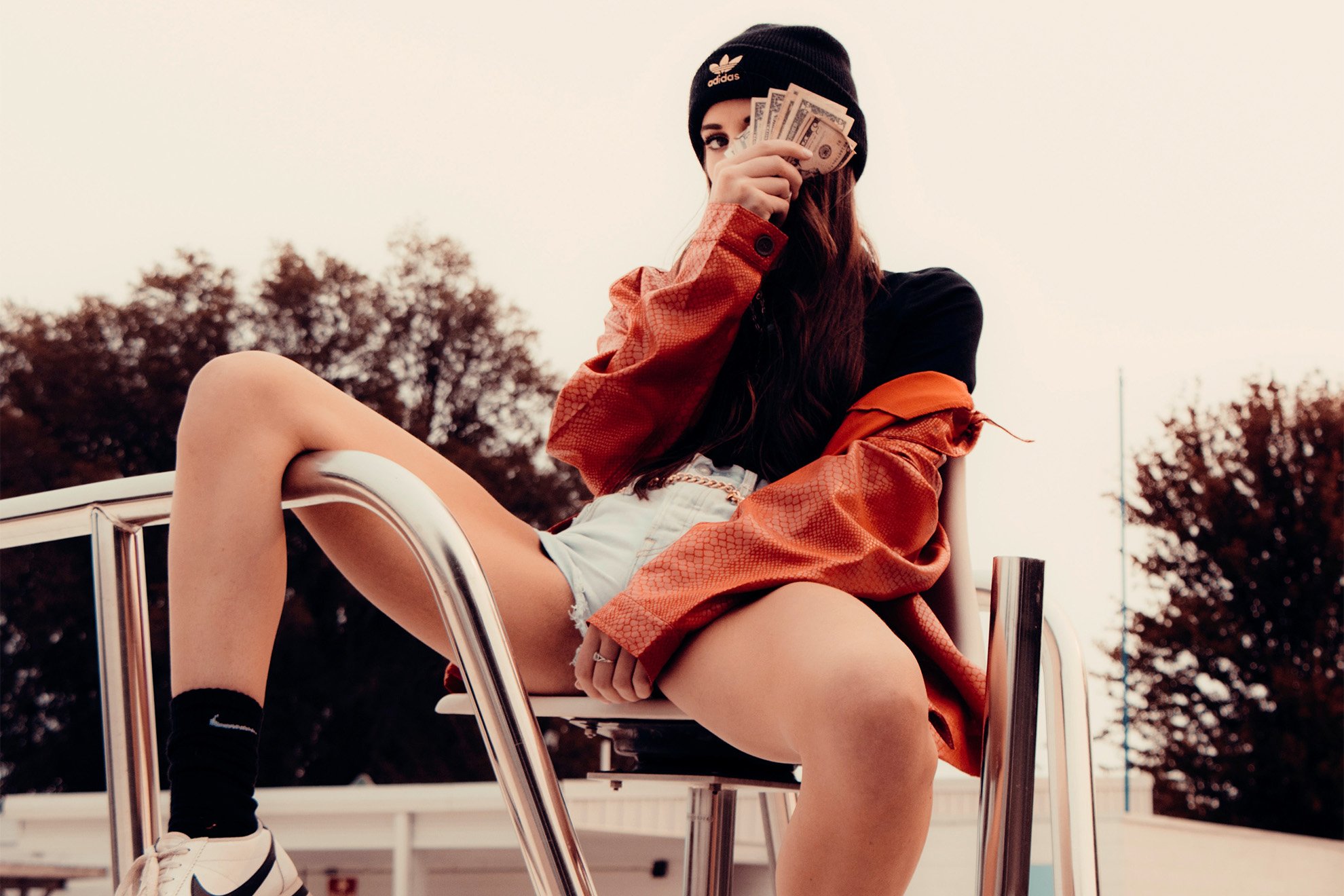 If there was ever a perfect low-cost shopping utopia, the thrift stores were once that paradise. In past years, thrift or charity stores often had a standard price for specific items (i.e. skirts, dresses, etc.), maybe a slight markup if you were dealing with designer items. However, while some stores still operate this way, many have opted to change course.

Thrift store prices are on the rise. The whispers started years ago. Those who scoured thrift stores for their own looks began to notice that some stores were marking up merchandise — often vintage pieces, premium brands, or clothes with the sales tags still attached. The trend wasn’t universal, and not every store increased prices, but in recent years, popping tags has begun to cost a bit more per trip.

Theories about the price increases were debated in threads on the internet. Some posited that stores were getting greedy. Yet, most thrift stores are tied to charities. The largest chains of thrift stores are operated by Goodwill and Salvation Army, both of which are nonprofit organizations. Other thrifters pointed the finger to another possible culprit: resellers.

For every hard-core thrifter who delights in the thrill of the hunt and relishes the score of the perfect vintage outfit purchased for pocket change, there is another segment of shoppers that are hunting through the racks, scouring for a different type of score. For these shoppers, the goal isn’t about finding unique pieces to mold their own fashion identity. Instead, their delight of the hunt is linked to the possibility of future financial gain.

Thrift stores now serve as suppliers — cheap suppliers — for resellers who are on the prowl to find something to flip.

Reselling is nothing new; vintage stores have existed in brick and mortar locations for decades. Owners may have their own methods for curating their for-sale collections; some may pursue thrift hunts, estate sales, or may even offer to buy vintage pieces from those looking to clean out their closets. However, the number of resellers who hunt the thrift racks is growing, and so is the resale trend. According to the 2020 Resale Report released by ThredUp, “Resale is expected to overtake the traditional thrift and donation segment by 2024.” The report also noted that online thrifting (or secondhand shopping) is predicted to surge about 69 percent from 2019 to 2021.

While sites like ThredUp buy customers’ used items and list them for resale, sites like eBay, Etsy, and Poshmark are filled with independent resellers looking to make a business of it. While these clothes may come from a reseller’s own closet, many resellers also hunt for vintage and high-end clothing at local thrift stores or estate sales in hopes of being able to sell items at a higher price than they purchased them for, thus making a profit.

The Ethics of Reselling

Reselling clothes procured from thrift or charity shops opens an ethical debate. On one hand, some choose to start a resale shop as they may be unable to work a traditional job because of a disability or medical condition. Others may see it as a convenient at-home gig to earn a little extra income to stay financially afloat. Even large retail companies like Urban Outfitters are in on the resale gig, though. UO offers a vintage collection, and, while some pieces are repurposed vintage items, other pieces are authentic vintage. UO sells a “vintage oversized ‘90s denim jacket” for $69. Hunting the same piece at a thrift shop would probably cost one-tenth of that price.

Traditionally, it is understood that ‘vintage’ stores command a higher price than thrift stores. Vintage stores are also typically located in more upscale areas. In 2018, Racked published a story asking “Are Vintage Stores Harbingers of Gentrification?” The story discussed that as areas were redeveloped — and became a bit more refined — the price point in that area increased, too. Including the rent, which also sometimes pushed vintage stores out of the area.

Online stores don’t have actual storefronts. However, their presence and their prevalence could point to the gentrification of thrift stores.

The idea that rising thrift store prices are related to corporate greed is shortsighted. Rising prices may in fact be an economic comeuppance related to an overzealous resale gig economy.

Thrift stores and large charities likely understand that they are being commoditized for resale stock. When these places see independent resellers flipping vintage or high-end items, why wouldn’t they want that money for their own mission? Especially when the clothes were donated to benefit that mission.

Critiquing the resale industry, especially independent resellers, means dissecting the supply chain of this sector of the fashion ecosystem. Thrift stores are now suppliers. Yet, many low-income individuals and families rely on these stores for affordable clothes. What happens when prices soar beyond what these families can afford? Where do they turn?

Resellers may argue that clothing stock isn’t in jeopardy. Thrift stores are heaving with piles of donations. In fact, some stores overrun with donations during Covid-19 refused to take more items. While supply is hardly limited, the demand runs high. Resellers will always hunt for items to resell, and therefore, the supplier holds the power. No matter how many clothes overflow the racks of thrift stores, those premium items, new items, and vintage items can still get marked up.

Someone with little money who wants a name brand item for a child or a new outfit for a job interview may be relegated to a less desirable garment, a cheaper garment, a garment that won’t last as long. An article in The State Press delved into the ‘thrift economy.’ The reporter talked to a reseller who surmised that higher prices were due to stores wanting “to make more money.” However, the reporter also spoke with Spencer James, the author of a 2010 Bringham Young study titled “Adapting to Hard Times: Family Participation Patterns in Local Thrift Economies,” who explained how socioeconomic groups perceive thrift stores in very different ways.

“The upper class essentially sees it as a toy store. Something to find stuff that’s fun, like a kind of playground,” James said in an interview with The State Press. “Yet we have a lower class that sees that as one of the last few places where they can afford to buy the goods that they need to maintain their standard of living.”

Yet, perhaps socioeconomic perception of this ‘thrift economy’ is only part of the problem. While those with more money may see the thrift store as playground, there are many shoppers (some of a privileged background) who also view the thrift store as a treasure chest filled with ways to make money — perhaps this is why we can’t all have nice things, and, ultimately, how those who need charity-priced clothings may be priced out of the shops run by the charities who were meant to help them.

For resellers who utilize thrift stores for a financial benefit, there must be an awareness of privilege. Some resellers absolutely depend on their resale business to make ends meet. Yet, resellers should be cognizant of their possible impact on the thrift market. Low-income families still depend on these stores for their basic needs; their dependence on thrift stores hasn’t dissipated, and with the hardships caused by Covid-19 in recent months, this dependence has likely only increased.

When shopping at thrift stores, whether for your own wardrobe or for a resale gig, try to limit how much you purchase. If a store has a $1 sale, don’t clean out the racks simply because you can. Your privilege to purchase every item on those racks means that those who can only purchase from the $1 rack are out of luck. Be mindful. Don’t hoard.

Resellers may argue that every item left on the racks is money unearned. Would other businesses be encouraged to leave money on the table and purposefully lower their profit margin? The reality is that some thrift stores, especially stores that sell clothing for very low prices, already limit purchases. These limitations ensure that affordable stock is available to all, and while stores might not care how you use those items, these limitations may be the easiest way to ensure that everyone plays fair. By limiting items, stores can continue to offer extremely inexpensive prices for both resellers and the families who depend on the thrift store to meet their most basic needs.