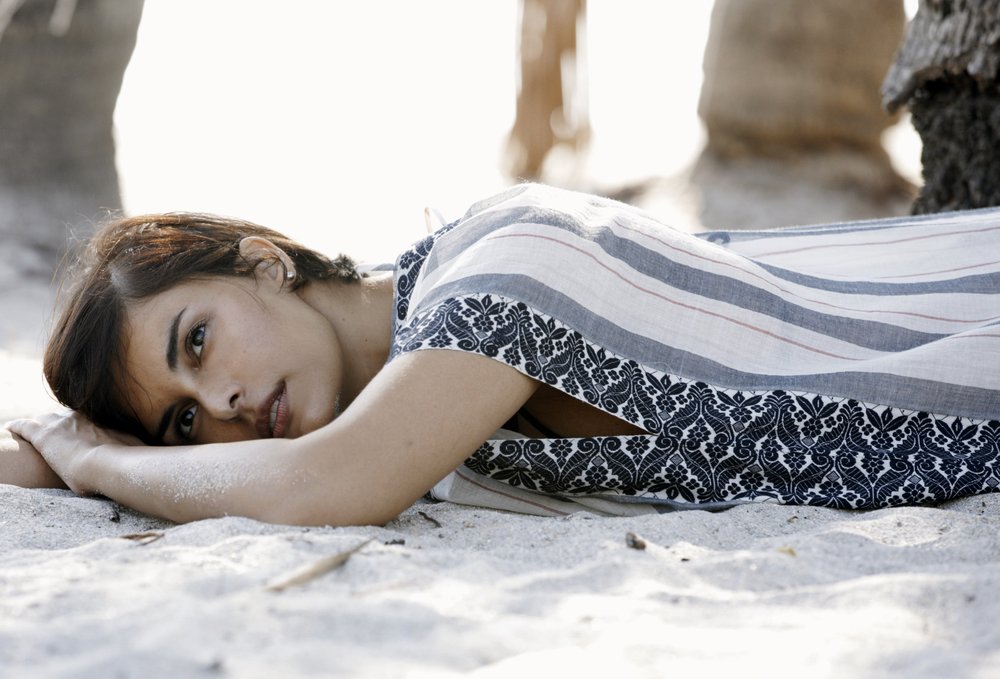 Founder of Indigo Handloom Smita Paul was working as a journalist in India when she first observed local villagers making and weaving cloth by hand. It was an ancient process called handloom.

The two main sources of income in remote Indian villages are handloom and farming. Many people do both to provide for their families. But without direct access to the markets they work for, handloom workers’ jobs are vulnerable. Smita’s company, Indigo Handloom, was born from a desire to create more opportunities for these remote Indian workers, the majority of whom are women.

Today Indigo Handloom’s beautiful scarves are available for purchase on the company’s website and EileenFisher.com. But the road to providing a market large enough to support entire villages in India wasn’t always easy. We sat down with Smita to discuss Indigo Handloom’s story. 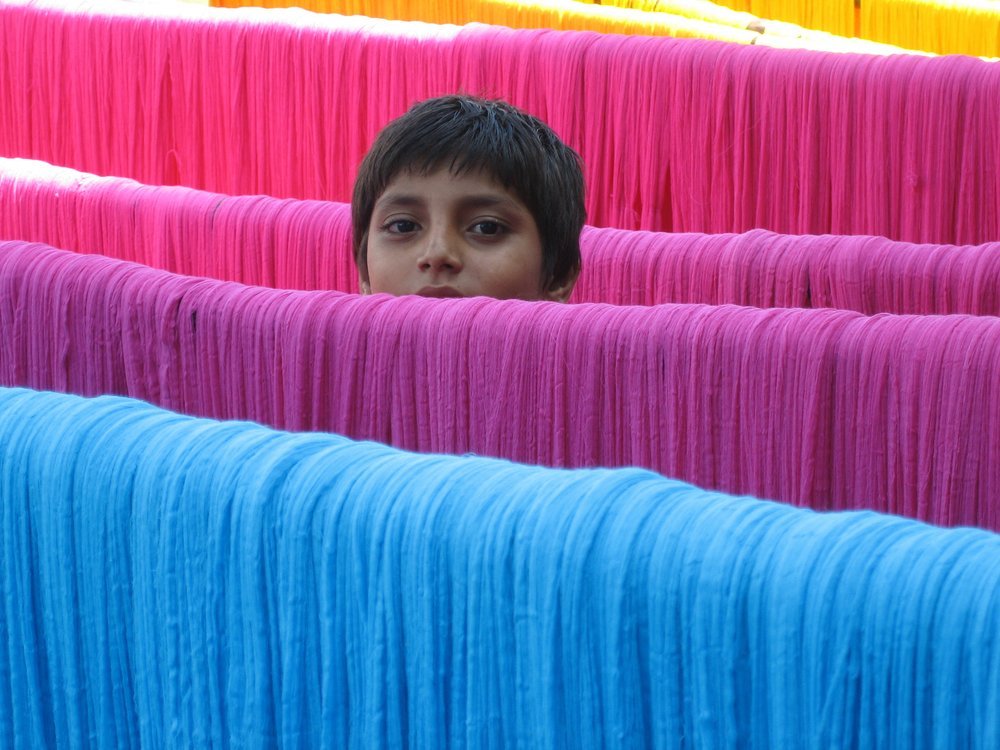 How did you decide to become involved in handloom?
I had traveled to India many times, but I didn’t really understand what the word “handloom” meant. It never made sense to me until I actually went to a village and observed the process. I was doing a story on the textile industry in India and thought, “Wow, they are really making cloth by hand.” I started doing some research and learned most people who work in handloom have about a fourth grade education, and they’re usually in really remote areas without any access to the markets they’re working for.

“I realized it could all go up in smoke pretty fast.”

I knew I had the unique position of being an American, and I was comfortable traveling back and forth to India. And I knew what the possibilities were with handloom. So I decided to create an international market for these workers. That’s how it all started. It was an effort to keep people employed.

Typically cotton is exposed to a lot of the chemicals and stiffeners to allow it to burn out imperfections and help it survive the beating of a machine. We avoid all that with handloom by threading all of our traditional, milled cotton by hand. And you can feel the difference. When I wear handloom products my skin reacts to it. It doesn’t want me to take it off. 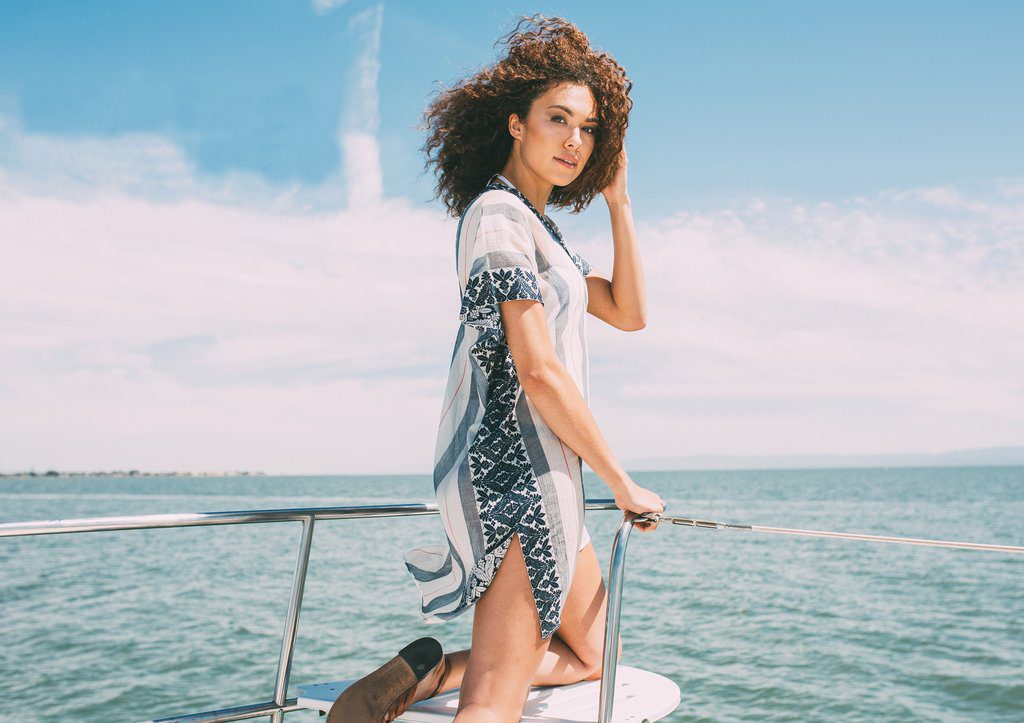 What made you decide to produce a line of scarves through handloom?
I wanted to market handloom as a high–end product in the US, but I didn’t have an exact idea of how to do that. I started with scarves because they were easier to create and it was something the end consumer could wear.

I decided to open a small boutique store in Brooklyn where we sold handloom scarves, fabric, and some clothing. But soon realized it wasn’t going to create enough jobs. Around that time a few eco–friendly designers started coming to me and asked me to create some fabrics for them, which eventually attracted the attention of Eileen Fisher and West Elm.

“Eileen Fisher’s fabric team was interested in the handloom process, so they invited me to do some sampling for them, and it worked out.”

That was in 2009, and we’ve been with them ever since. It’s a good fit because it supports my original mission to create jobs. People were going to leave their looms if they couldn’t make a living at it. Eileen Fisher had already created a market, they have a great reputation and they appreciate good textiles. 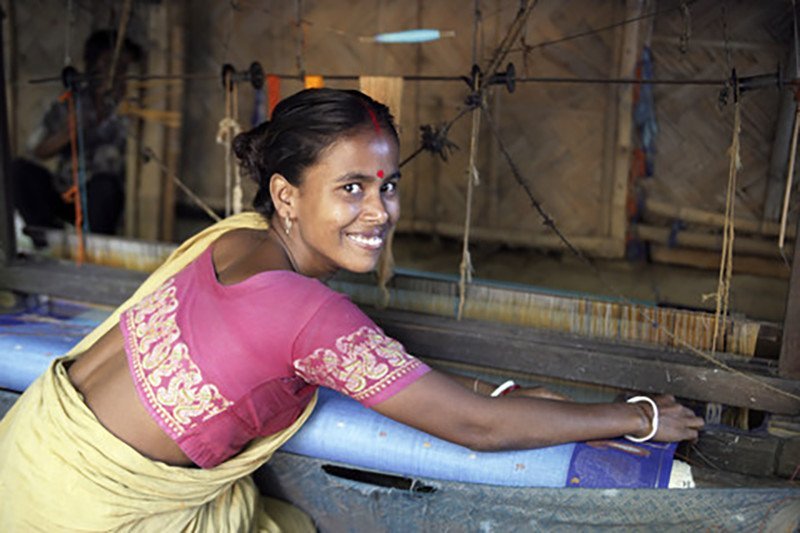 And because they care about textiles they are willing to work within the confines of our calendar. Handloom is on a slow track, but Eileen Fisher is ok with that because the product is extremely eco–friendly. They have an underlying mission to reduce their carbon footprint and handloom fits under that umbrella. We actually have a social project together called The Handloom Project. It’s really unique when a for–profit company comes together with a vendor, but they’ve committed to this social project that takes on all kinds of social issues like reproductive health, micro-finance and eye-care. All of our weavers are taken care of in that project along with their families.

Any advice for consumers looking to shop smarter?
Your choices really matter. You have to make an effort to find these designers but they are out there. And it really does make a difference. It can really make or break a small business to have a few people that are really committed to them. In Handloom’s case you can change entire lives by shopping our products.

You can purchase Indigo Handloom’s products on their site and EileenFisher.com.

Tiffany Turley believes stories have the power to shape perception, influence behavior and inspire change. Tiffany's passion for writing began in elementary school where she wrote short stories to entertain her classmates. Since then, she has written for a range of publications including national magazines, small startups and large corporations. When she’s not writing for Remake, Tiffany works full time as a content strategist at Adobe. Tiffany works to make a difference in the fast fashion machine by living with a minimalist wardrobe and buying fewer, high-quality items.