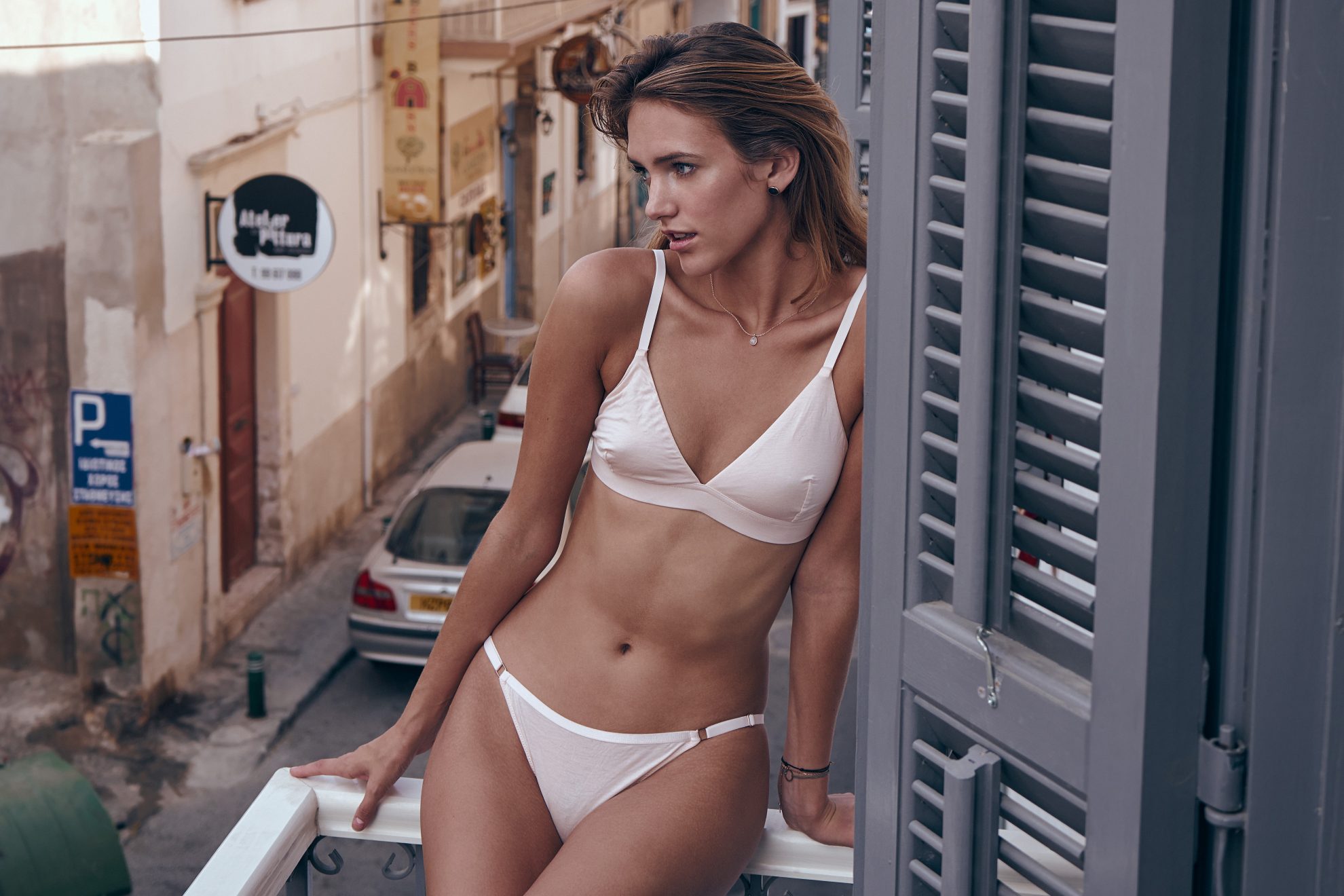 Underwear, in various interpretations, was pretty much the first object of clothing adopted by humans to cover their bits. In the 13th century, pull on knickers, pants, shorts or “unmentionables” made their debut, often made at home from breathable linen fabrics and designed with an open crotch. Although many an undergarment was worn in secret, it wasn’t widely accepted for women to ‘wear the pants’ until the mid-1800s.

By the Industrial Revolution, with the invention of the cotton gin and water-powered spinning mechanisms, people could buy them in stores for the first time in human history. Cotton underpants became the latest craze.

From there, undergarments became less bulky and restrictive, transforming over the decades from a camisole/underwear combo all the way to the butt baring thong. Along with this evolution came the introduction of new materials like rayon, nylon and polyester, bringing a whole new spectrum of color to the lingerie game.

These synthetic fabrics made underwear manufacturing faster and cheaper than before. While the 19th and early 20th century woman only owned a couple pairs, the average American woman of today owns 21 —and can purchase them for as low as 5 bucks a pop. Enter H&M, friend of the trend-driven apparel junkie and makers of this cute pair of shortie briefs. Although a $5 bargain that’s hard to pass up, with fast fashion underwear there is much to be revealed–and it just might get your panties in a bunch.

H&M is regularly criticized for seeking the cheapest labor, so it’s no wonder that a great majority of their garment factories are located in Bangladesh. The country is the second-leading apparel exporter behind China, but with the lowest wages in the world.

Despite signing the Accord on Fire and Building Safety in response to Rana Plaza’s deadly collapse, many of H&M’s Bangladesh supplier factories still pose a threat to workers. Many do not have sufficient fire exits nor keep their facilities up to code. Outside of safety concerns, H&M’s Bangladesh factories also have been in violation of child labor laws and firing women for getting pregnant.

Your fashion choices can lift women up instead of trapping them into a cycle of exploitation and poverty when you wear your values.

Conventional cotton is a thirsty crop. Did you know that it takes about 360 gallons of water to grow enough cotton for just one pair of underwear? Add in the herbicides and chemical fertilizers sprayed on each cotton boll, not to mention the water sources that they contaminate, and you may consider going commando.

Plus, without credible fair trade certifications or an organic origin, acquiring cotton can get a little shady. While H&M is known as the largest buyer of organic cotton, in 2010 it was found that 30% of their organic cotton products were made with GMO cotton. The good news is H&M has been working with farmers through the Better Cotton Initiative (BCI) to develop water-conserving, sustainable growing methods. They are also known to use some recycled cottons in the making of their apparel.

As a consumer you have power. When you wear your values, cotton is grown with respect to our land, waterways and field workers.

The apparel industry has access to 8,000 chemicals and uses them at will to turn raw materials into finished garments. Unlike the US, many of these chemicals are banned in Europe.

In addition to small traces of cyanide, azo dyes that can release cancer-causing amines, and heavy metals have been reported. A culmination of these chemicals can have negative effects on the liver, endocrine systems and can cause infertility problems.

After being called out in 2012 by Greenpeace for having toxic industrial chemicals in their clothing, H&M promised to be completely toxic chemical free by 2020. They’ve since been the first fast fashion company to eliminate PFCs–a chemical linked to cancer. Although they still have a way to go to reach their goal, the company is being transparent about their chemical use.

Until we have the guarantee that our clothing is chemical free, we can vote for brands who do better. Put simply, when you wear your values, there are less chemicals deposited into our water streams and our bodies.

H&M produces more than 2,000,000 lbs of clothing per week. That’s a lot of cheap clothing made to last for one season. Often times charity shops cannot re-sell fast fashion garments because they were not built to last. The EPA estimates that while the textile recycling industry recycles 3.8 billion pounds of post-consumer textile waste per year, 85% of used textiles end up in the landfill.

Our take away? Investing in fewer better things that last diverts fashion from filling up in our country’s landfills.

Andrea Plell is a freelance writer, fashion consultant and artivist passionate about engaging a paradigm shift in the fashion industry. Bay Area-based, Andrea supports thoughtful designers who are making a difference in the world through Ecologique Fashion.