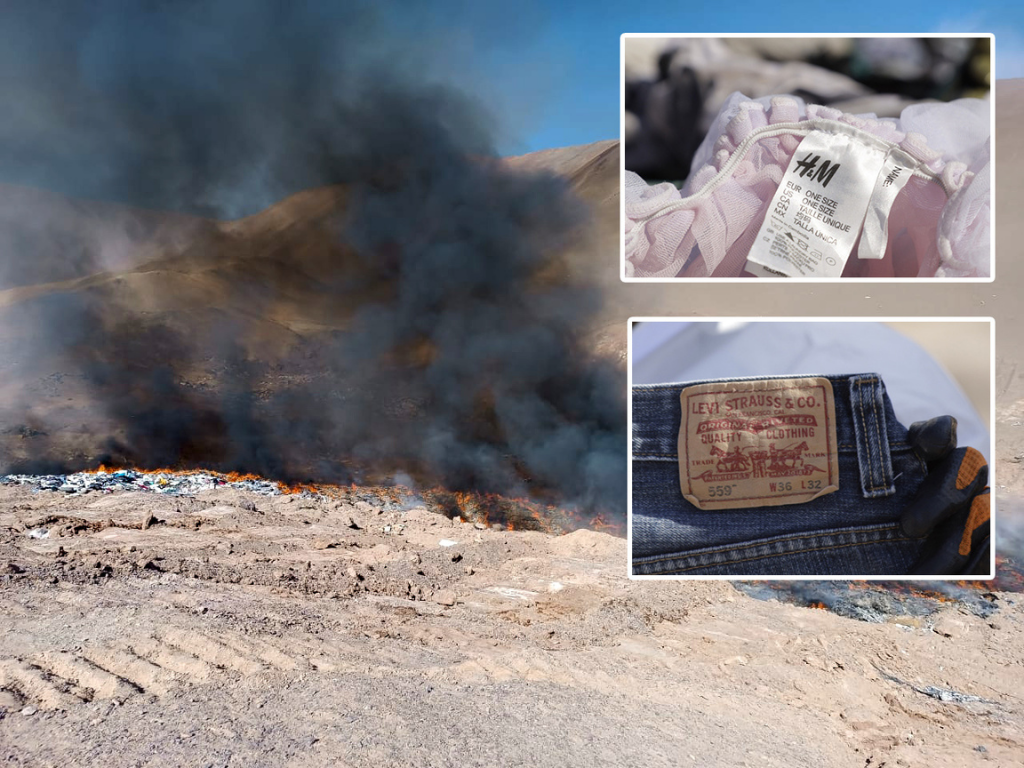 The Atacama Desert in Chile is the latest victim of fast fashion’s overproduction. On Sunday, June 11th, local environmental campaigners from Desierto Vestido discovered a fire in a popular fast fashion dumping ground in Paso de la Mula. As for who’s to blame? Major apparel retailer tags have been prevalent at the site, including Old Navy, H&M, and Levi’s. Despite the severity of the environmental issue, the history of Atacama Desert’s environmental degradation is one that has largely been, and continues to be, ignored. 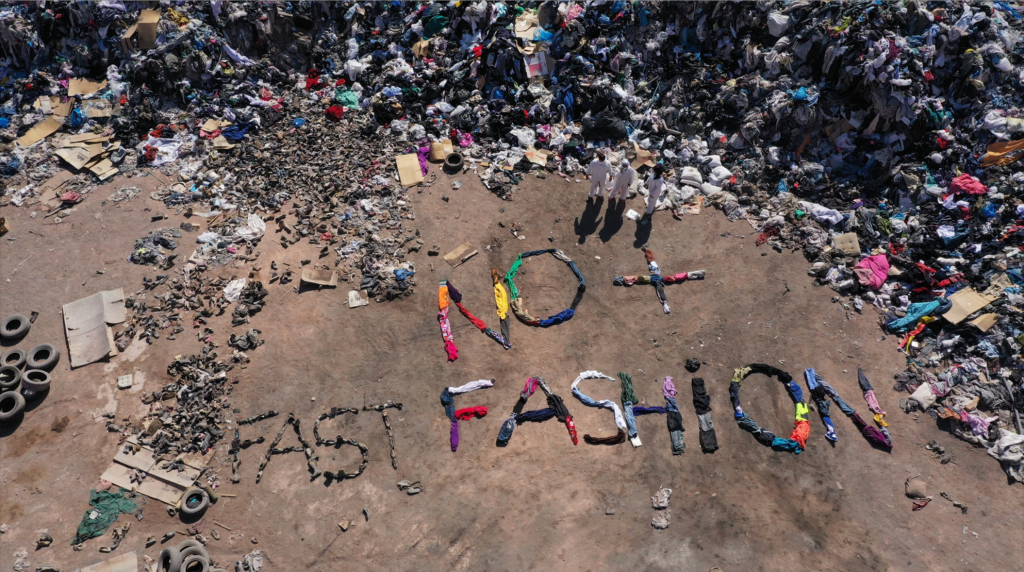 Sitting between the Costa and Andes Mountain Ranges in Chile, is the oldest desert on Earth – the Atacama Desert. The unique aridity of the region has been a scientific fascination, but perhaps its the area’s geologic structure – boasting a nitrate belt, as well as lithium, copper, and iodine rich areas – that has contributed to a rise in business involvement with the Atacama desert. Perhaps most notoriously, an increase in corporate mining activity whose  lithium extraction techniques reportedly consume a significant portion of the already limited water (less than one inch of rainfall) the region receives in a year. But that’s not all. In 2020, investigative reports into the Atacama desert discovered the already environmentally-tapped region was being used as a dumping ground for fast fashion apparel waste. 2021 estimates mark the number of unsold clothes dumped in the Atacama desert at around 39,000 tons – that’s 39K tons of clothing, usually tinged with chemical dyes and synthetics, that are not biodegradable. As photographer David Maisel put it, “the supposedly remote Atacama desert is becoming part of a planetary fabric of urbanization, and at what cost?”

Within one hour of sorting through the clothing, many of the most world renowned fashion brands were discovered. Old Navy was the most frequently encountered fashion brand, followed by H&M, Adidas, Calvin Klein, and Levi’s

It’s this environmental cost that is becoming increasingly dangerous to the communities living in Atacama. 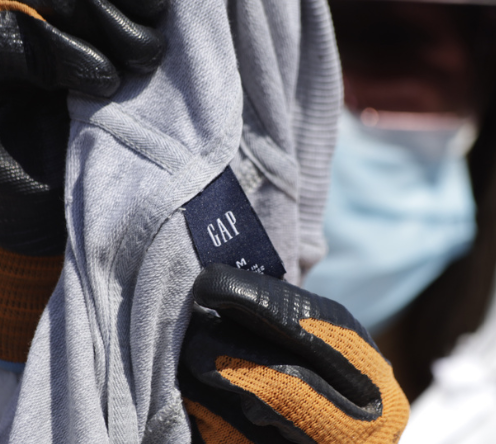 In 2022, further investigation was conducted by SumOfUs, and the local group Desierto Vestido, who noticed brand names were notably left out of previous reports of clothing dumps in the Atacama Desert. On-site investigations required researchers to wear hazmat suits, given the pre-existing pollution in the area. The group reported: “Within one hour of sorting through the clothing, many of the most world renowned fashion brands were discovered. Old Navy was the most frequently encountered fashion brand, followed by H&M, Adidas, Calvin Klein, and Levi’s.” 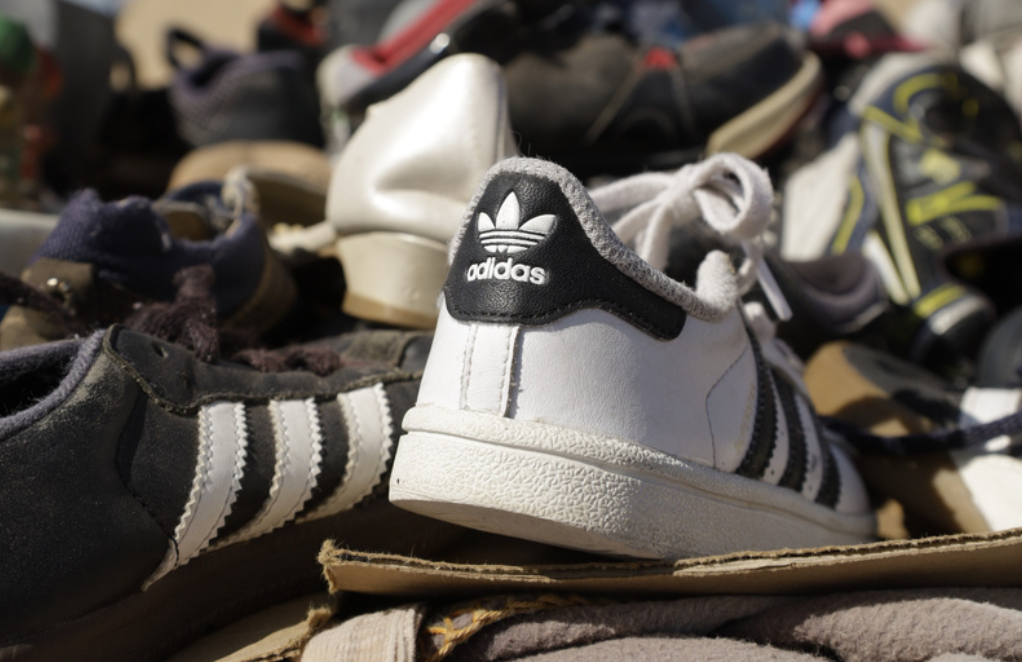 Notably, disclosures on disposal of unsold products from these companies remain vague. Gap (Old Navy’s parent company), H&M, Adidas, and Levi’s, disclose some circularity practices, but notably do not take ownership in their supply chain transparency disclosures over the way that excess inventory is disposed of. Calvin Klein, which was also found at the site, reports using “innovative sustainable raw material alternatives” in their products in order to reduce negative environmental impact, but does not acknowledge any data on the disposal of unsold products. Fast fashion brands refuse – even within the language of circularity – to acknowledge that disposal of unsold products is an issue. Doing so would admit to the underlying issue of overproduction, which is perceived as existential to the fast fashion industry. 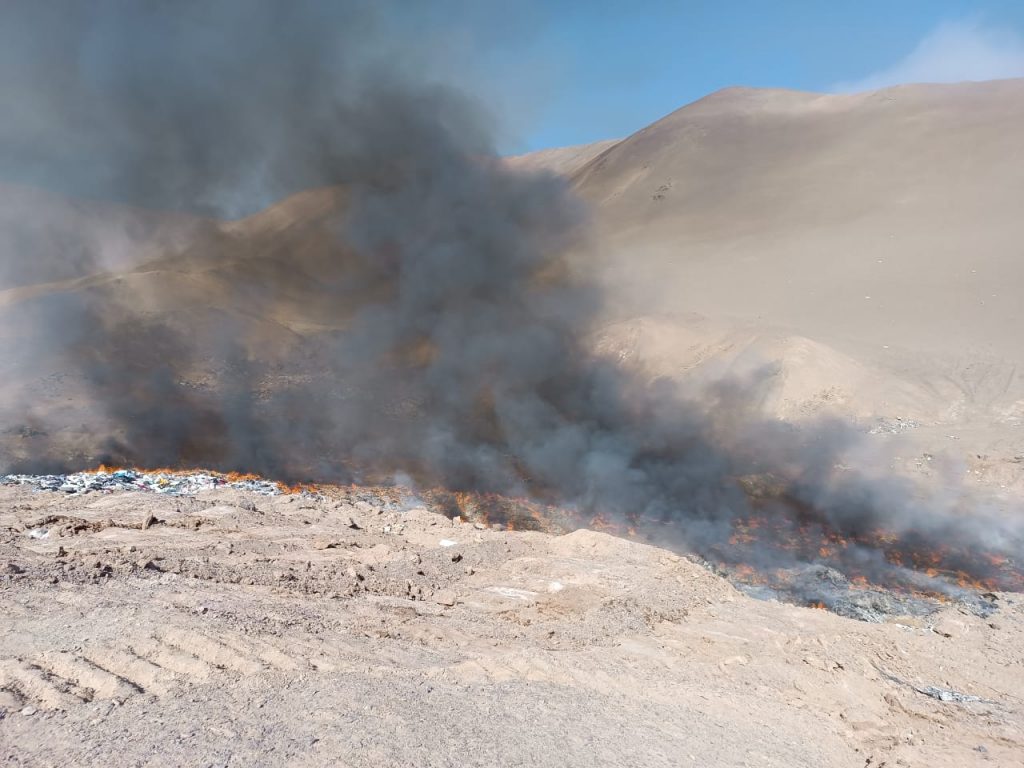 The Issue of Overproduction

Overproduction has become the bottom line of fast fashion. Short trend cycles have necessitated short contract times, taking perhaps weeks for brands to design, manufacture and ship products – a process that usually takes up a seasonal cycle. Thus, fast fashion production is conducted year round, in constant short time frames. While this pressures labor chains, it also yields an unsustainable amount of output – out of which, nearly 92 million tons become textile waste. 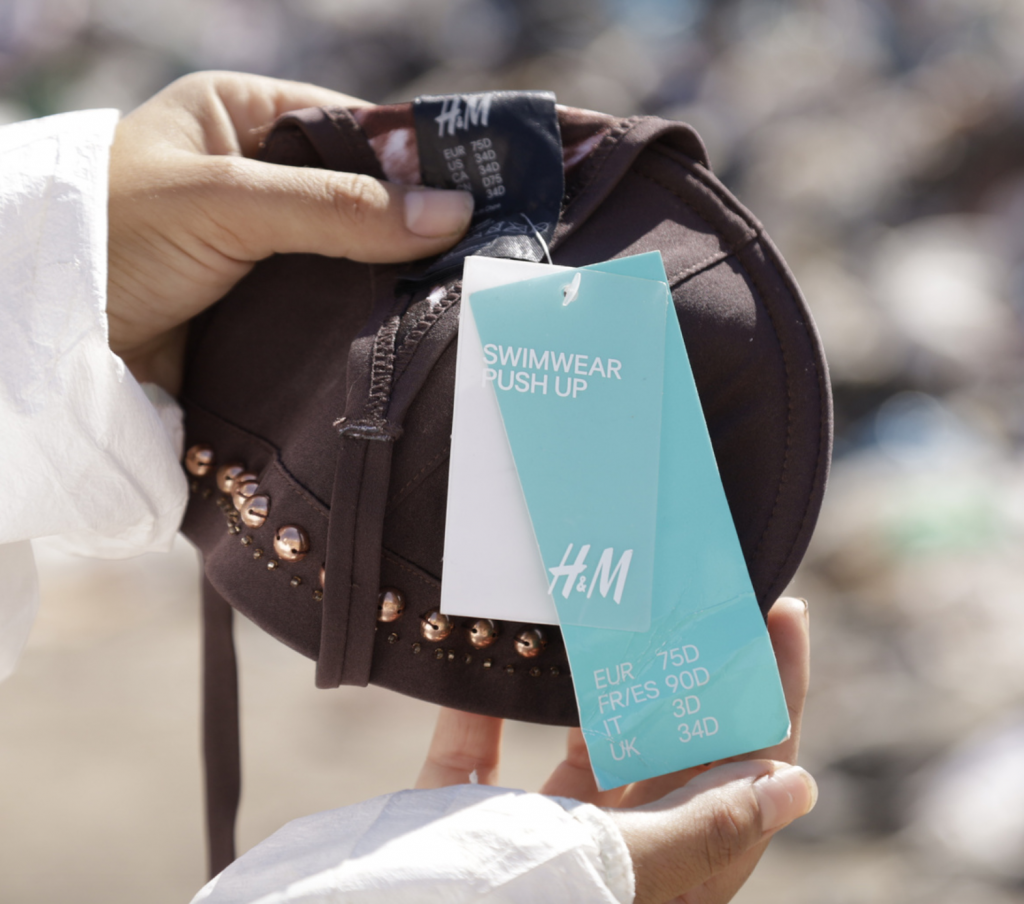 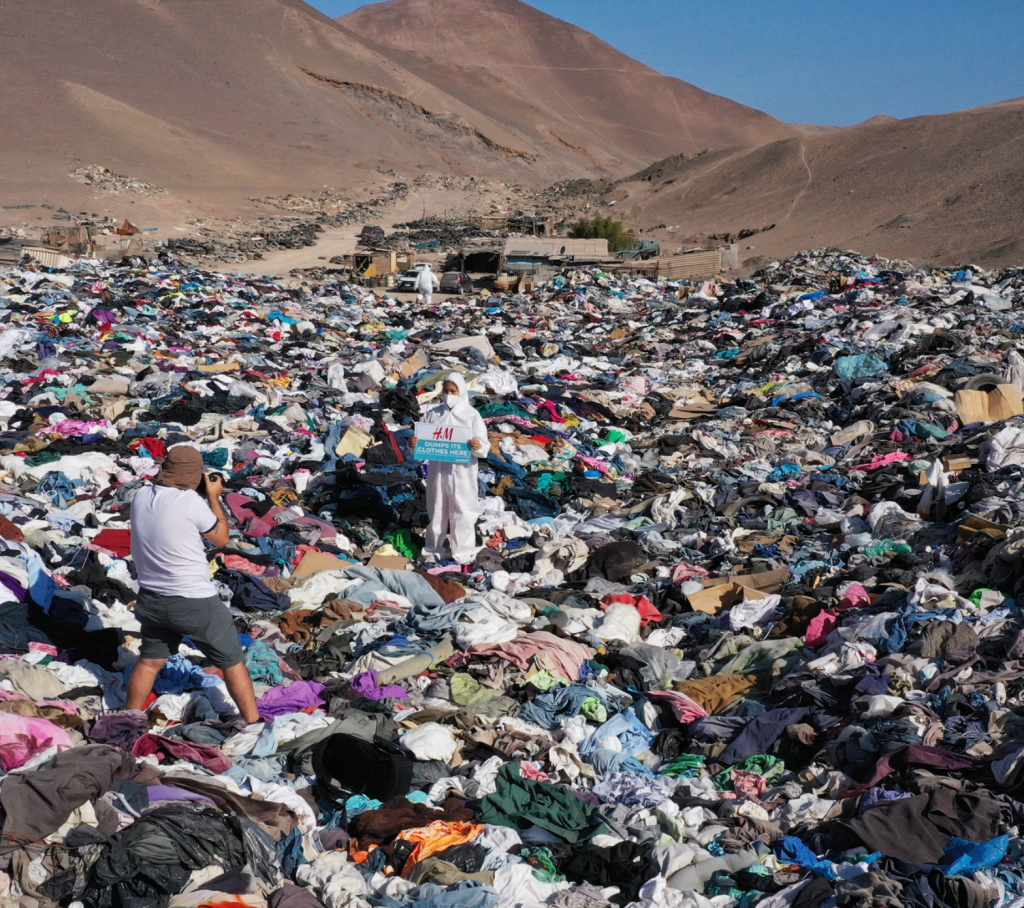 Of these 60,000 tons of clothing imported annually from Chile’s Port of Iquique, 85% is estimated to remain unsold, sent to be dumped informally, in places like Atacama. SumofUs and local group Desierto Vestido report that “every week trucks are seen transporting and dumping clothes and other items, adding to this growing mountain of trash.” This growing amount of textile waste presents an urgent environmental threat. Filmmaker Sebastián says “This generates fire hazards and toxic spills, contaminating the soil and groundwater, causing immense damage to this ecosystem.” Given that fast fashion textile waste takes nearly 200 years to fully biodegrade (if it is biodegradable at all), textile waste in clandestine dumping in Atacama has likely released toxins and emissions into the region after being burned.

After the most recent Atacama Desert fire, the local community reported poor air quality and heavy smoke. On June 15th, Ángela Astudillo from Desierto Vestido stated, “It’s like a volcano today, it was all cloudy, the air is very toxic, you can’t be outside for long.” As of June 22nd, the fire has been reported to have ended, although continuing environmental damage has yet to be assessed. 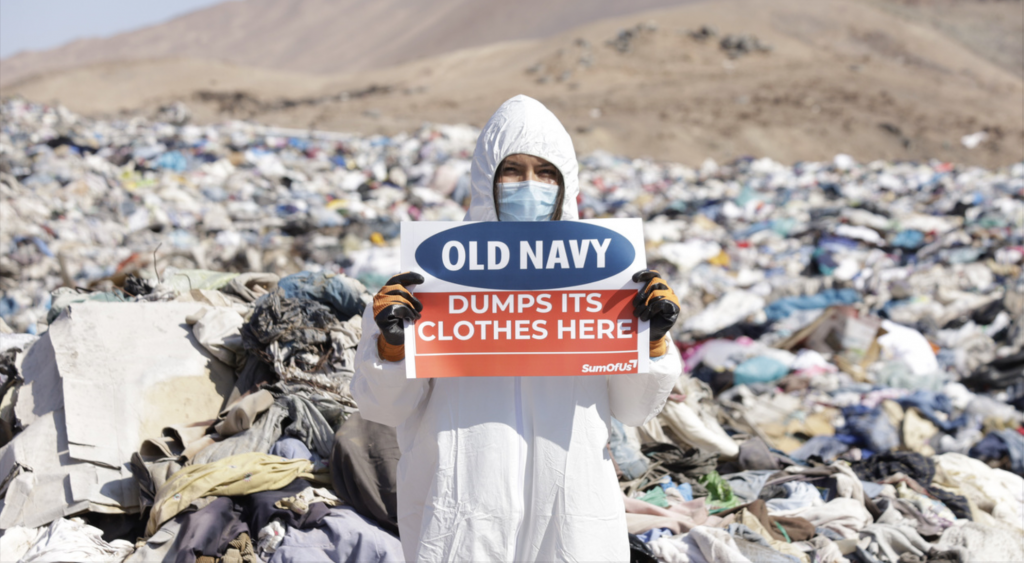 Notably, SumOfUs, and other local groups have pushed towards campaigning the Chilean President Gabriel Boric to hold fast fashion corporations accountable for their environmental abuse and negligence in the Atacama Desert, stating, “It is high time that now that Boric has been in power for over 100 days he prioritizes regulating the fast fashion industry to put people and planet before profit and stop allowing fast fashion brands to use Chile as a dumping ground.”