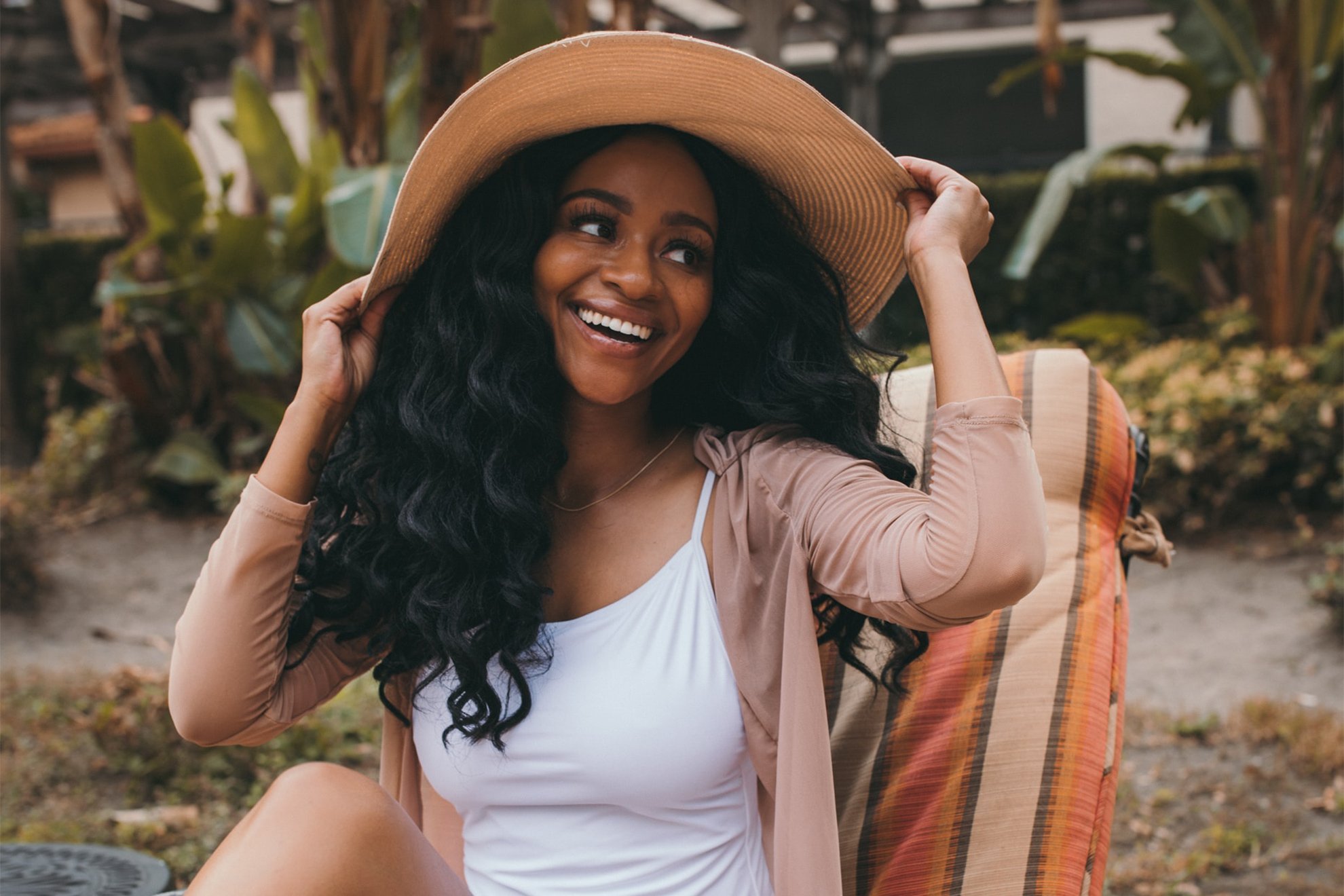 Fashion is powerful. It’s is a way to express yourself and show support for others, from rainbow colors for pride to pink pussy hats. At Remake, we’re particularly happy to see the rise of sustainable fashion with increased consumer interest and more and more brands doing things right. To continue to support these young conscious designers, makers and shoppers, it’s helpful to remember why we’re fighting this fight — for the resilient women who are hustling hard in a corrupt system stacked against them, all to support their well-being and their family’s brighter futures.

Below, we’ve broken down the prime issues that continue to hold our sisters back from shattering glass ceilings and included the core environmental issues that feed global warming. Freshen up on the facts – 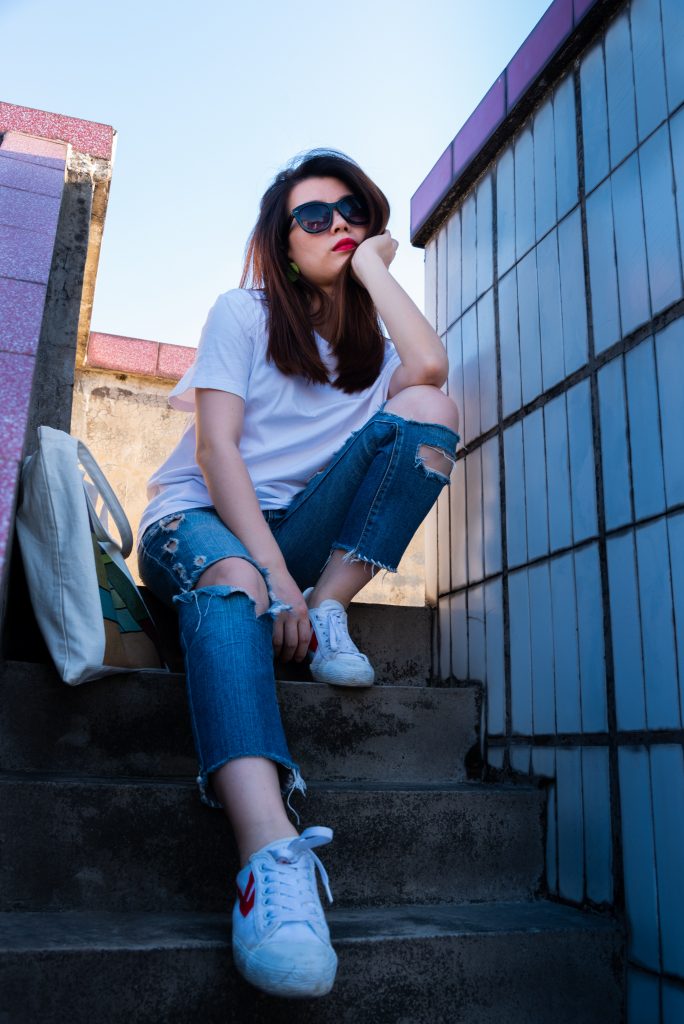 About 65 million people work in the global garment industry, making it an important source of livelihood for millions and their families. However, the pay disparity between the very top of industry and the very bottom is huge. While CEOs of fast fashion companies like Inditex, Zara’s parent company are some of the richest men in the world, those who make our clothes often live in poverty. Minimum wages in many countries with large garment manufacturing industries are just half of the living wage. According to Fashion Revolution, it takes a garment factory worker 18 months to earn what a fashion brand CEO makes on their lunch break. A majority of them earn less than $3 a day.

And in countries like India and the Philippines, over 50 percent of garment workers aren’t even paid the minimum wage. While Western brands look to increase their profit margins by finding cheaper and cheaper labor, garment factory workers are locked into a cycle of poverty and have trouble supporting their families.

Low wages cause garment factory workers to work excessive overtime in order to earn enough to live. Sometimes workers aren’t given a choice — tight production quotas and deadlines as well as last minute design changes coming from Western brands cause factory management to force their workers to work extra hours without any say in the matter. In Bangladesh, 60 hour work weeks are common for garment factories; 97 percent of factories surveyed by Fair Wear Foundation were found to have excessive overtime. Meanwhile, a 206 report found workers had 80 to 150 overtime hours per month in four factories in China and no time-and-a-half pay. Working long hours in a tedious job is dangerous to the workers’ health and it affects the quality of their products.

Serious factory accidents claiming thousands of lives have plagued the fashion industry in recent years, from Rana Plaza, Tazreen Fashion and Ali Enterprises. While these high-fatality types of accidents like fires and building collapses are less frequent, working in a garment manufacturing factory means facing a number of workplace hazards. Exposure to chemicals from dyeing textiles and farming crops, exhaustion from excessive overtime, dehydration from hot factories, injuries from machinery and respiratory illness from inhaling fibres are all things garment workers face. In 2015, there were 1.4 million injuries recorded in fashion supply chains.

In Cambodia, an epidemic of mass faintings inside garment factories has been a problem for years, as well as dangerous commutes to and from the factories. Nearly 2,000 Cambodian garment factory workers were injured in truck accidents last year. By 2030, the fashion industry is projected to have 1.6 million injuries.

The fashion industry is notorious for pollution and rightfully so. Pollution begins at the very start of the supply chain from the growing of raw materials to the very end with transportation of finished products and can be found at nearly every step in between. Cotton crops rely heavily on harmful pesticides, while dyeing and fabric manufacturing use thousands of chemicals. Both pollute our oceans and local communities’ rivers and drinking water with chemicals that can be toxic to humans. In fact, about 20 percent of all water pollution is a direct result of textile dyeing and treatment, according to the World Bank and conventional cotton uses 16 percent of the world’s toxic insecticides which cause occupational illnesses. Even after production, garments made of synthetic fabrics continue to pollute oceans. Every time a polyester shirt goes through a washing machine, tiny microplastics are released and end up in our oceans and the fish we eat. Carbon dioxide pollution is also rife throughout the industry’s manufacturing and consumer usage, accounting for nearly 5 percent of CO2 emissions globally and these emissions are projected to increase by more than 60 percent to nearly 2.8 billions tons per year by 2030, according to the Pulse of Fashion report.

Fast fashion is inherently wasteful. The model means clothing items in stores change weekly and the quality is made to fall apart. Just a few decades ago, people owned less items in their closet and kept these garments for longer. According to McKinsey, the average consumer purchases 60 percent more items of clothing compared to 2000, yet each garment is kept for half as long. Even with people buying more, brands are over-producing. Last year, H&M produced $4.3 billion in unsold clothes. Nearly 13 million tons of textile waste are sent to US landfills annually — that’s an entire football field filled 14 feet deep with clothing or roughly 80 pounds per person, according to the EPA. Donating clothing isn’t much help either — only 10 percent donated to charities or thrift stories gets sold and globally, just 20 percent of clothing is collected for reuse or recycling. Clothing made of synthetic fabric sits in landfills for about 200 years, leaking toxic chemicals and dyes that contaminate local soil and groundwater.

One of the biggest and most-overlooked issues of fast fashion is its water consumption. The industry is the third-highest consumer of water globally. While communities across the world do not have access to drinking water, fashion currently uses enough water to quench the thirst of 110 million people for a whole year according to the Global Fashion Agenda. This sounds like an extraordinarily high number, but when you look at how much water it takes to make one t-shirt — about 710 gallons which is about the amount an average person drinks in three years, it makes sense. Cotton crops need huge amounts of water to grow and textile dyeing and manufacturing processes also use high levels of H20. The results of this can be seen in the Aral Sea in Central Asia which has shrunk to just 10 percent of its former volume.

Knowing the problems is an important step to living a more sustainable life, but that’s only the first step. There’s so much you can do to support the environment and the people who make our clothes. Buy less, invest in quality pieces and shop sustainably.

Want more tips to combat the problems caused by the fashion industry? Read our sustainable fashion guide and join the movement.