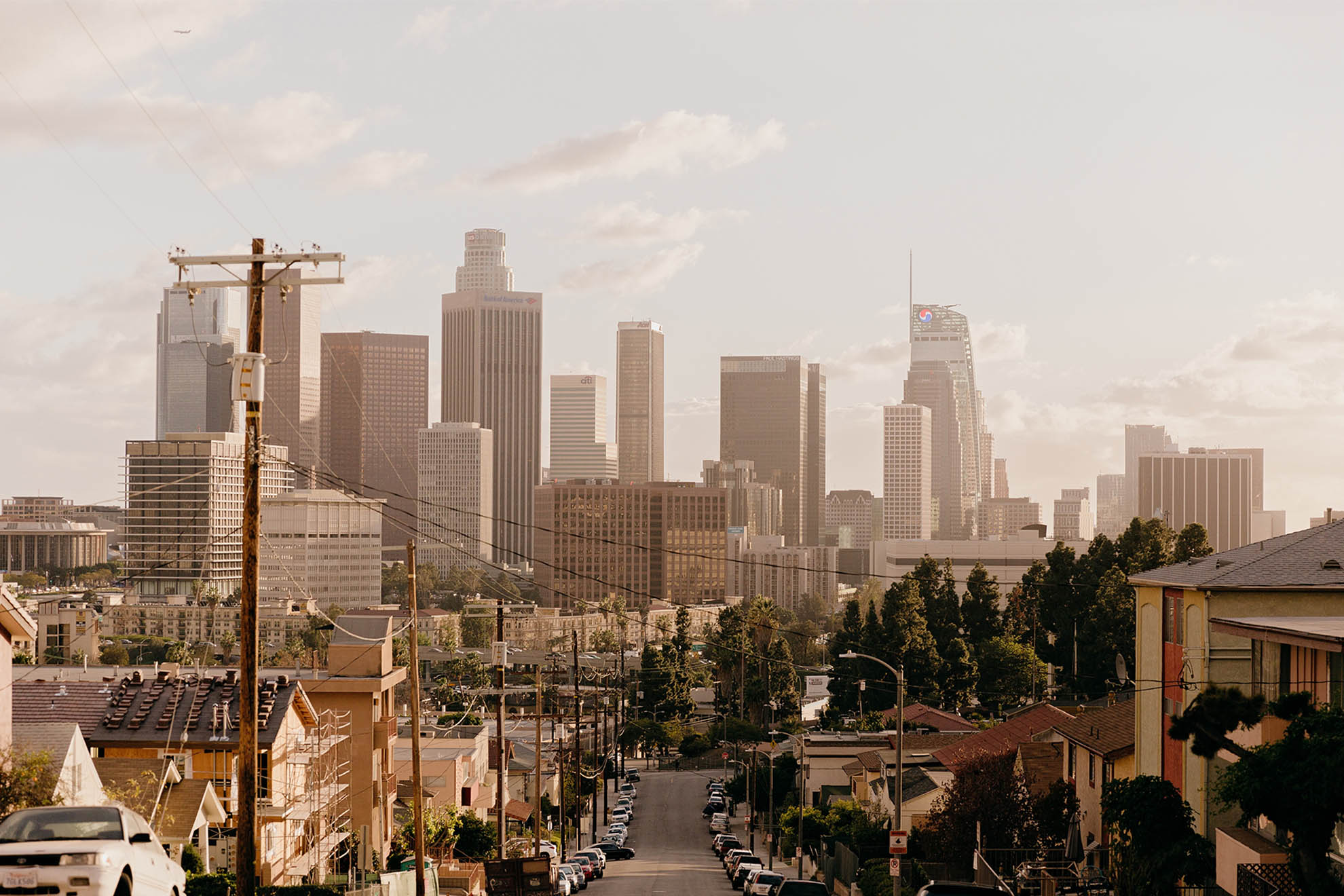 “Made in America” was once synonymous with fair wages, decent working conditions and quality clothing, but for garment workers in Los Angeles, the heart of domestic clothing manufacturing, that’s no longer a given. It may have taken a global pandemic, but the misconception that fast fashion brands only exploit garment workers in far flung countries has finally been shattered. COVID-19 has exposed the illegal and unethical business practices commonly found in the American garment industry, largely based in Los Angeles, where clothing for brands like Forever 21 and Fashion Nova are produced.

There are 2,000 manufacturers employing around 45,000 garment workers in south and east downtown LA — which according to the California Bureau of Labor Statistics in 2015 was made up of 71 percent foreign born workers, most of which were women over the age of 35.

The majority of garment workers are some of the most vulnerable people in our society: undocumented migrant women who are either unaware of their rights or powerless to demand fair pay and better working conditions.

Factories have long ignored the safety of garment workers by forcing employees to work in sweatshop conditions for subminimum wage, often paid a piece rate. Rather than earning an hourly wage, workers are paid per item, a practice that essentially punishes workers for taking breaks, including washing their hands or disinfecting their workspaces. The piece rate can fluctuate to as low at $0.3 per task, totaling around $4-6 an hour, making it almost impossible for workers to anticipate their weekly income or make enough money to survive off the rate alone.

In February, a new bill was introduced by Californian Senator María Elena Durazo seeking to put an end to this. SB1399, also known as the Garment Worker Protection Act, is setting out to eradicate the piece rate and introduce a guaranteed minimum wage, as well as expand liability so that brands are legally accountable for workers’ wages. The bill passed in the State of California Senate on June 26 and is up for vote in the Assembly later this month.

Laws already in place, like the Assembly Bill 633 (AB633), which was created to protect workers from wage theft, are outdated and incomprehensive. Having passed in 1999 before the fast fashion boom even started, brands and manufacturers have spent the last 20 years finding loopholes in the AB633 law to avoid accountability for poor practices. If a brand’s manufacturer is found to be subcontracting workers and violating pay agreements, for instance, brands avoid all liability under the current laws.

Despite what the current media attention would suggest, none of these issues are new.

In 2010, a UCLA study found that 88 percent of low wage workers in LA experienced wage theft to the estimated sum of $26.2 million per week, with the garment sector being the worst culprit for violations. Going back even further, in 2000 the Department of Labour surveyed Southern Californian garment factories and found that two-thirds weren’t paying minimum wage, according to UCLA. What has changed, however, is the fact that in recent history, garment workers in the US have never faced such high-risk, life or death circumstances to produce “Made in America” clothing as they do now. Never before has the value of profit over people been so tragically obvious.

The global outbreak of COVID-19 has highlighted the disastrous impacts of these employment conditions on garment workers, many of whom were laid off without compensation or have continued to work throughout the pandemic. Last month, an LA-based factory owned by disgraced ex-CEO of American Apparel, Dov Charney, was closed by the Los Angeles County Department of Public Health after 300 employees had contracted COVID-19 and four had died in a matter of weeks.

Several factories just like Charney’s Los Angeles Apparel have pivoted to produce PPE in recent months, but have failed to provide workers with suitable protective equipment or adequate social distancing measures. Los Angeles Apparel was found to have installed cardboard barriers between workers and refused to supply a list of employees to aid in contact tracing following the outbreak.

This month, the Guardian published that other LA-based factories like Keep it Here Apparel Manufacturing and F&G Sewing had both reported more than a dozen COVID-19 cases each.

Hope for a Better Future

The Garment Worker Protection Act is co-sponsored by the Garment Workers Center, an organization fighting to support LA’s workers by making the city sweatshop free. Alongside the bill, the group is also working to help garment workers gain healthcare, improve factory health standards, end discrimination in the workplace and have access to affordable childcare. The bill is a major piece in the puzzle of improving the lives of 45,000 workers in the city.

If approved, the Garment Worker Protection Act could herald a new era for domestic manufacturing and set in place much needed policies and systemic changes to protect garment workers.

The hope is that if the SB1399 bill is made law in California, it will influence other states like New York — another garment manufacturing hotspot — to introduce similar regulations. While it goes without saying that COVID-19 has had a devastating impact on the lives of garment workers in the US, it could provide the catalyst needed to create long term, systemic improvements across the sector.