We are in Guangzhou, China to learn about the humans who dye our fabrics, turning our t-shirts, skirts, and lingerie into all the different colors of the rainbow. 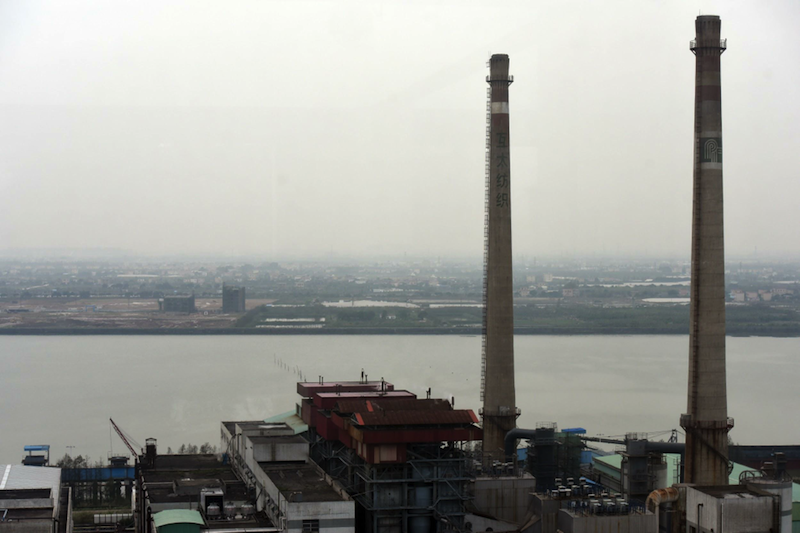 We arrived at one of the biggest mills in the world that employs 5,100 people! It is a walled guarded city within a city, complete with a large cafeteria, dorms for the workers, and hilarious names for the streets such as “Discharge Reduction Road” and “Increase Efficiency Road”.

Watching spindles of yarn turn into colorful fabric is a fascinating multi-step process: knitting, washing, dyeing, printing, finishing, and finally a quality assurance check. Each person working here is assigned a very specific task and is on their feet working 12 hours a day with just two short breaks for meals. 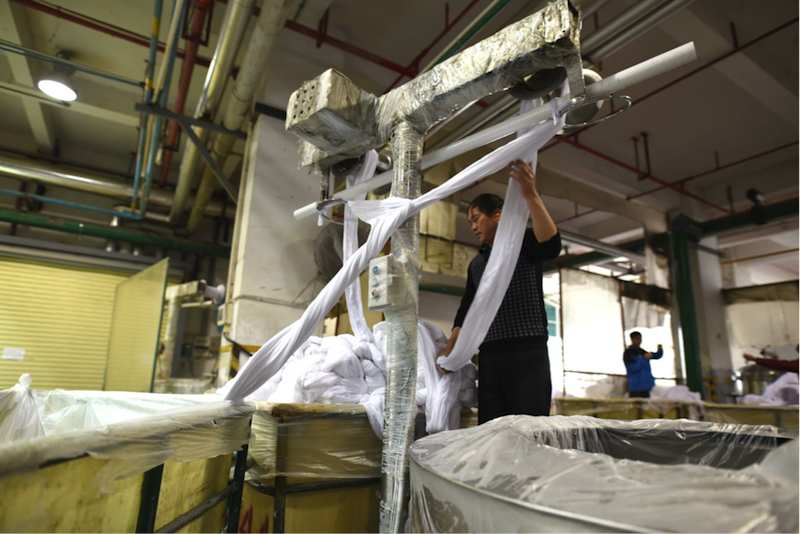 Unlike the rug making factory in Panipat which was mostly people hand-knotting carpets, there are many more large, noisy, and messy machines involved here. Yet I was struck by how many humans it still takes to create fabric: from the people monitoring each machine spinning the yarn to fabric, to manually pulling sudsy fabric in and out of gigantic vats where it is washed, to mixing and handling the smelly dyes and chemicals for dyeing, to the women sitting with hand-held magnifying glasses to check the quality of the huge bales of fabric headed to factories to make tops for Uniqlo, Target, H&M and other brands around the world. 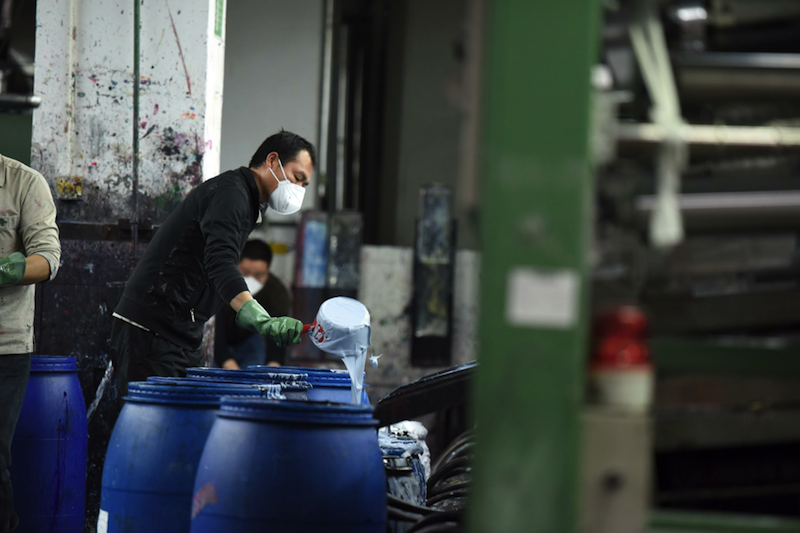 Walking through the factory I stopped to touch one of the giant rolls of fabric that was really soft and silky. I was told it was to be sent to Japan to be made into lingerie.

I have now seen where it has been, the many steps and machines it has been processed through, and all the hands that it passed through.

At that moment I made a mental note—to strongly encourage all my friends to wash their newly purchased underwear before wearing it! 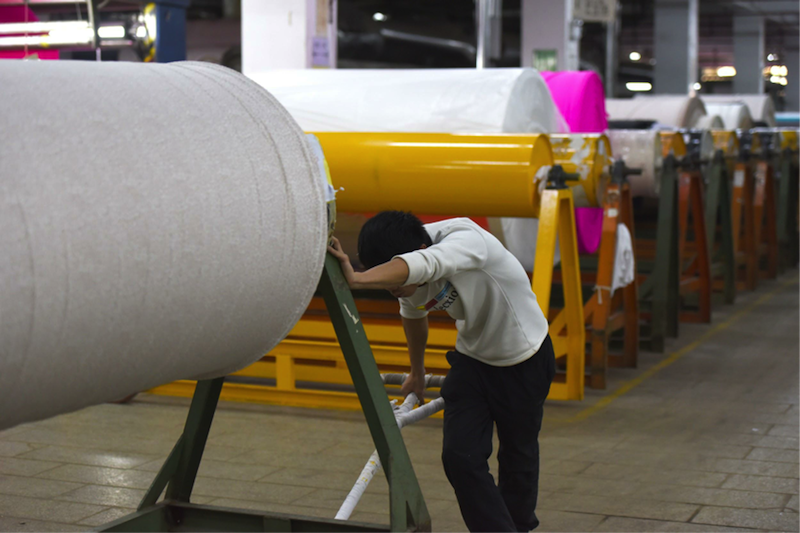 With all the toxic waste being created by the messy dyeing function, it was good to know that environmental standards were being raised with programs such as Clean by Design. Fabric-making is a dirty business, especially when done on such a large scale—with the factory running 24 hours a day, they produce 650,000 pounds of fabric a day, roughly equivalent to 2.5 billions pieces of garment!

Danielle is a producer with experience working on a wide range of projects, from sizzle videos to Superbowl commercials, corporate interviews to live events, but her first love is photography. When she doesn’t have a clipboard in hand, you can always find her on location, documenting the behind-the-scenes.