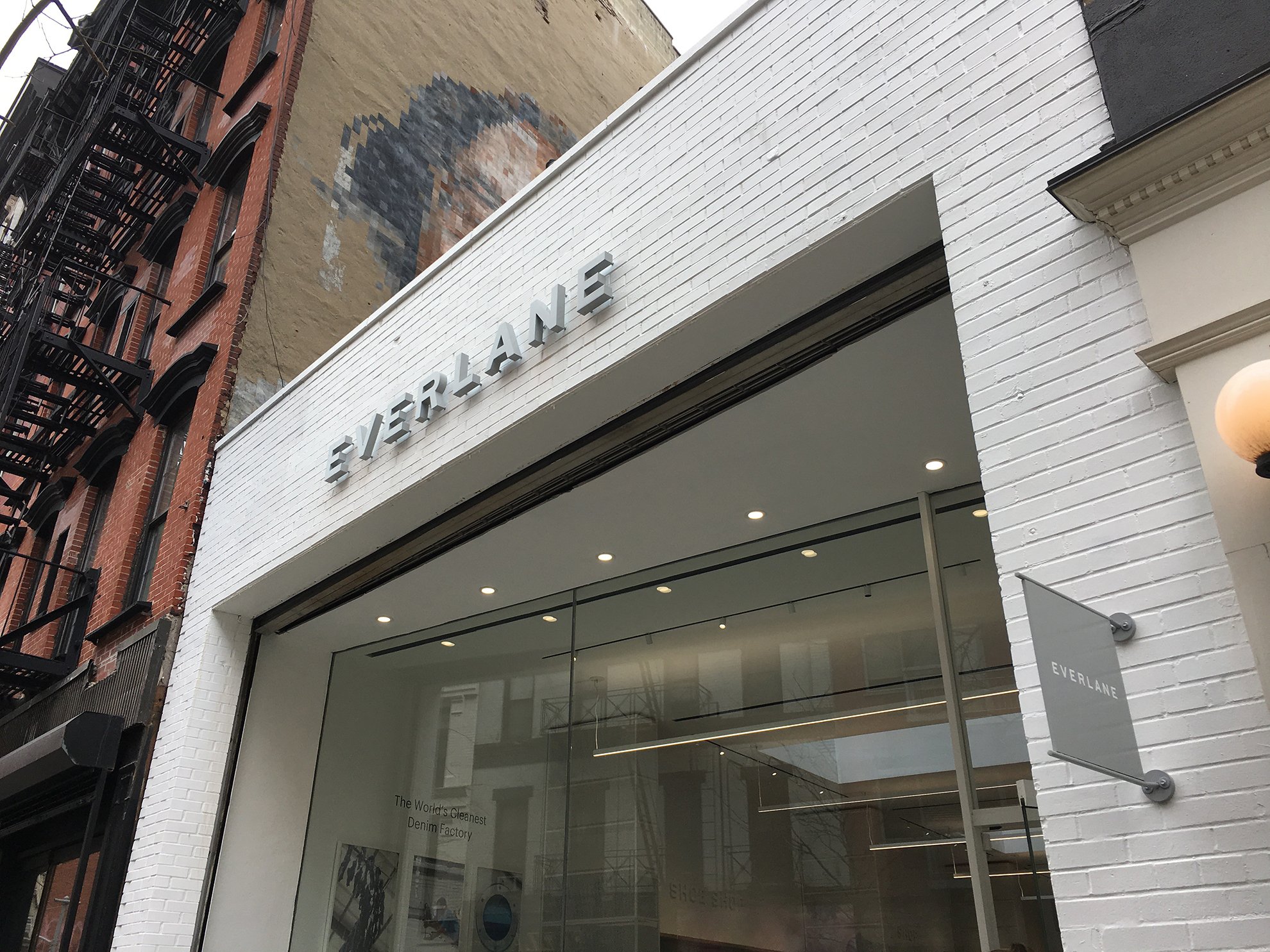 On January 17th, Remake launched a petition urging Everlane to come clean about its worker conditions. After reaching 1,000 signatures, we sent Everlane’s founder and CEO, Michael Preysman, the following letter on March 23rd:

We appreciate Everlane’s commitment to being a radically transparent brand in the fashion industry. At Remake, our nonprofit is similarly focused on driving industry transparency by independently assessing and scoring fashion brands across the areas of traceability, maker wellbeing, and environmental impact. We were disappointed to learn, however, that Everlane’s public disclosure is lacking, receiving a transparency score of 25 out of a possible 100 points when filtered through our expertly-crafted Seal of Approval process. To address our disappointment, we launched a petition called “Ask Everlane to Share Worker Conditions (& Stop Greenwashing!),” which to-date has acquired over 1,000 signatures from Everlane shoppers.

We have and will continue to cheer on Everlane’s role in engaging consumer interest in slow fashion and making products that are accessible to a wide range of socioeconomic demographics. We believe that our missions are aligned in wanting consumers to embrace more sustainable brands. For this reason, we hope to begin a dialogue with Everlane about living up to its radically transparent commitment. In particular, we would like Everlane to address the following topics, which currently have not been publicly addressed by Everlane:

1) Specific information about the wages, hours, and working conditions of the people that make Everlane products, which includes information about the areas where improvements are needed and how Everlane plans to make such improvements. For example, Everlane’s vendor code currently states that the brand is meeting “local requirements for wages and benefits” rather than a commitment and goals toward living wages.

2) Information about how many of Everlane’s factories meet its own 90 score goal and how many currently fail that requirement. Beyond highlighting Everlane’s relationships with a few suppliers, which is a good start, we would like to see the scores, challenges, and remediation plans across the different tiers of Everlane’s supply chain (i.e. from raw materials to cut and sew).

3) Everlane’s overall emission reduction targets over the next five years, including how Everlane plans to meet these goals. As Everlane is aware, the climate crisis requires brands to incorporate decarbonizing efforts throughout their supply chains.

And finally, we would greatly appreciate Everlane addressing each of the four topics above on its public-facing website; we believe that it is important to have this information available to the public.

We look forward to sharing your response with our community.

Preysman responded to us swiftly:

“While I’ll do my best to get back to you in the future, we are in the midst of one of the most challenging periods I have ever witnessed — it is harrowing. My focus right now is on doing everything we can to make it through with our partners and team the new world that will be surely different on the other side. I wish you health and safety in this time.”

Remake followed up with Preysman immediately, asking how specifically Everlane planned to support retail workers and garment makers during this time of uncertainty as coronavirus promises to further impact the brand’s employees and supply chain workers.

Preysman did not respond to our follow-up question, which proved to be significant, as four days after this email exchange, it was revealed that Everlane layoffs of the Customer Experience staff occurred — only 3 days after asking for union recognition. (If you don’t remember, Everlane was accused of union busting and endeavoring to keep their employees from discussing their wages with each other in 2019.)

A member of the union who wished to remain anonymous shared with Remake: “Everlane has been opposed to this union forming from the very outset. This pandemic provided the strategic out that they needed to eliminate all possible associations. Our workload was at a high that we have only seen during the holiday season, and sales were up 4% from pre-pandemic projections Michael noted in a team-wide email. Last Friday, they dissolved the CX team in about an hour’s time. Many of us didn’t even receive phone calls before being locked out of all accounts, including email. Those who did receive phone calls, were not given any time to ask questions. There was no indication made if we would be offered our roles back as business picks up. The only thing that had changed was the Union asked for official recognition earlier that week.”

Members of our team were given assurances as late as yesterday that no one would be laid off because of COVID-19. Everlane has been planning to train retail workers to answer support emails so they can replace us. They knew. This is not transparency. This is despicable.

As reported by @EverlaneU, the official Twitter account for Everlane’s remote CX staff, nearly all members of the Customer Experience staff were included in the Everlane layoffs so that retail workers could replace them in their positions. The union is claiming that the layoffs occurred as a form of union busting, noting that the layoffs occurred only 3 days after the union asked for official recognition.

Everlane has begun deleting comments on its Instagram that mention our union. This is not radical transparency. It’s a cover-up.

The Everlane layoffs are yet one more strike against Everlane’s proclamation of transparency. Remake is still waiting for a more comprehensive response from Preysman regarding our petition.

In a public letter posted on Everlane’s website on April 1st, Preysman links the Everlane layoffs to the Covid-19 crisis. In the letter, Preysman states that “All those impacted received severance, and with the new government stimulus package, they will receive 100% of their pay for four months.” However, according to Fashionista, those impacted by the Everlane layoffs are only able to receive severance pay if they promise to not take any legal action. Many of the laid-off workers have opted to forego severance pay because of this.

A representative of the union shared with Remake: “Everlane has consistently taken steps to undermine our unionizing. Last Spring our team’s private Slack channel was shuttered in response to our nascent efforts. Once news of our union broke to management, we received unsolicited calls from HR en masse followed by a PDF straight from the union-busting playbook. Remote, full-time roles were introduced in direct response to our union. These roles were announced in the immediate aftermath of the Vice article and provided a convenient cover to cull the openly vocal union supporters from our team. The timing of our firing—just four days after we asked for voluntary recognition—speaks for itself. Their union-busting has taken many forms. Part of what makes union-busting so subversive is that it doesn’t always have a smoking gun. It can manifest through actions that seem perfectly reasonable at the time.”

On April 2nd, President of the local chapter of Communications Workers of America, shared a new letter with Preysman, calling for him to rehire the remote CX workers and recognize their Union. Preysman has been asked to respond by 10am PST, Friday, April 3rd.

According to an anonymous union source: “We’re not fighting this fight to garner sympathy or get money, but to show companies that we will not take this lying down and provide hope for our fellow wage earners around the world.”