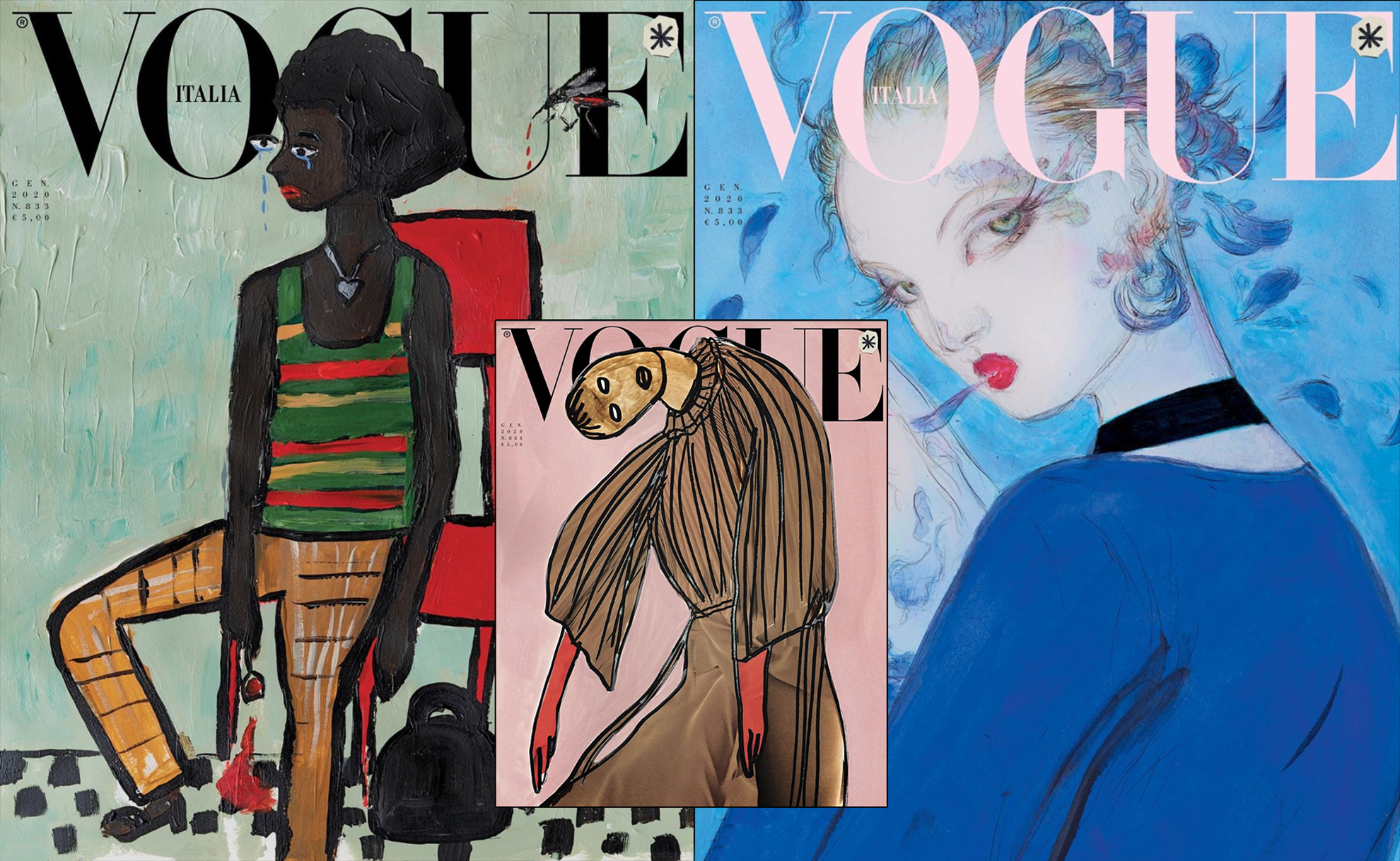 There’s no questioning the fact that the future of the planet requires a commitment to sustainability, and the fashion industry plays a vital role in that process. Producing 8% to 10% of all greenhouse gas emissions, apparel companies will be at forefront of creating an environmental disaster if they don’t radically change their ways — and do so quickly.

While fast fashion powerhouses like Zara and H&M are still raking in billions of sales worldwide, on the industry’s other end of the spectrum comes a spark of hope. Vogue, which frequently endorses haute couture and designer brands, while also being a lead influencer in the space of fashion, has started to take some steps in the right direction. Taking accountability for fashion’s impact on the environment, it was thrilling to see Vogue Italia‘s January issue released with no photographs.

Instead, the issue illustrated fashion using only drawings, and, by doing so, eliminated the use of actual clothing for the sake of photographs. The decision to go photo-free likely reduced financial costs for the magazine, but it also wiped out a significant carbon footprint that would have been left behind by the environmental costs related to both the clothes and the numerous photo shoot logistics. Telling the story of apparel in pictures is a process that extends far beyond the simplistic flash of a camera bulb. Behind every fashionable photo is an operational cost. Models, photographers, stylists, make-up artists, and editorial team members all play a role; the team has to travel to a shoot, they have to eat, clothes have to be sent to the publication, and on and on. All these factors cause a global impact, and they do so merely for the sake of a garment’s showcasing on glossy, disposable pages.

In a press release issued by Vogue Italia, editor-in-chief Emanuele Farneti detailed the size of fashion’s carbon footprint as it related to the magazine’s September (2019) issue, traditionally the largest of the year:

“One hundred and fifty people involved. About twenty flights and a dozen or so train journeys. Forty cars on standby. Sixty international deliveries. Lights switched on for at least ten hours non-stop, partly powered by gasoline-fueled generators. Food waste from the catering services. Plastic to wrap the garments. Electricity to recharge phones, cameras…”

Vogue Italia’s message of sustainability is backed by Conde Nast’s global commitment to the cause. In November, the 2020 United Nations Framework Convention on Climate Change announced that Conde Nast pledged its support for the Fashion Industry Charter for Global Climate Action. The Convention noted in a press release that Conde Nast was “the first media company to support the Charter.”

Conde Nast and the Vogue family of publications hold significant influence in the fashion industry with an editorial outreach that speaks to millions of readers. Vogue’s environmental commitment signals a wave of change within an industry that has often been derided for its wasteful consumption.

Anna Wintour, editor-in-chief of Vogue, recently spoke to Reuters about changes in the fashion industry related to sustainability and diversity. Reduce, reuse, and recycle is en vogue, and Wintour encouraged individuals to give their clothes a second life.

Waste is out, overconsumption is over, and fashion’s loudest editorial voice is broadcasting the message. However, does Conde Nast’s dedication signal a broader movement, and will other mastheads and media entities follow the greener path? Ultimately, change happens because of the will of those who demand it, and, in the fashion industry, that demand comes from the consumer. In the media of fashion, readers—the audience—influence change. Of course, those readers also become the consumers of the clothes, ultimately fueling the trillion-dollar industry at every level. Fortunately, nationally-conducted surveys are showing time and again that millennials and Generation Z are committed to sustainability. The demand for change has been led by their buying habits and their activism.

Consumers impact the economy through their buying power, and demand has always and will always play a crucial part in the survival—or demise—of fashion trends.

Leaders in any industry stay ahead of change, paving the path for those who come later. Vogue—Conde Nast—understands that consumers are demanding accountability and change for a planet that is being impacted by the waste and production of an entire industry. Gallantly, this media giant has listened.

Help us empower the future leaders of climate justice and women’s rights.