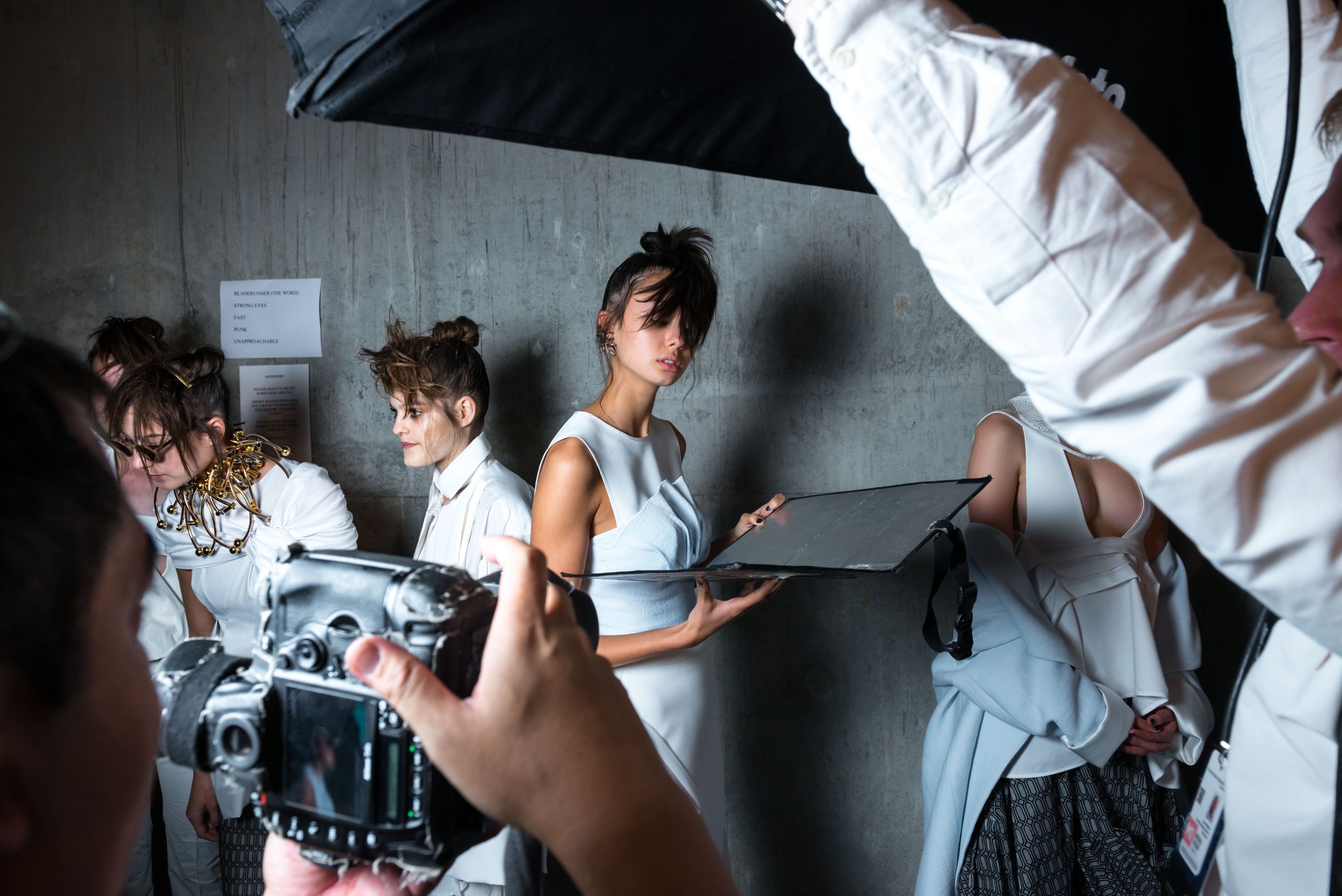 Vivienne Westwood has garnered quite a reputation for being fashion’s grand dame of punk and activism. She’s the subject of a new documentary by British director Lorna Tucker, entitled Westwood: Punk, Icon, Activist, set for release this Spring. The film is already stirring controversy as Westwood publicly denounced it, claiming that the film does not give enough coverage to her activism. According to the designer, her activism ranks even higher on her priority list than fashion.

On the surface, Westwood’s insistence on her activism is a refreshing point of view. After all, ethical fashion is still considered separate from high fashion, and Westwood seems to be a happy bridge between both. But is Westwood actually walking the walk, or merely just talking the talk?

An article on Eluxe calls Westwood ‘the Queen of the Greenwash’. The piece illustrates the designer’s contradictions between her values and her business practices, calling out the fact that most of the designer’s products are made from petroleum-based materials, a direct violation of her commitment to ‘cut out plastics whenever possible’ (as noted on her Climate Revolution Charter).

Moreover the amount of looks she shows on the runway demonstrate that she’s still producing at high amounts, despite her commitment to ‘quality versus quantity’.

To dive the heel in even deeper, we ran the Vivienne Westwood brand through our very own sustainability index, and the brand failed with a score of 21 out of 100. Only brands with a score above 50 get our seal of approval and are showcased on our platform. Remake’s sustainability index measures impact through categories such as transparency and traceability, maker well-being, and environmental sustainability. The Vivienne Westwood brand proves to be lacking in concrete communications about their environmental policies, carbon emissions, and labor conditions. Our index analyzes brands based on public disclosure, looking through their annual reports, websites, CSR reports, and other public sources, but the Vivienne Westwood brand provides no evidence that they are following through on their public commitments.

If that’s enough to give us pause, it’s worth looking back at Westwood’s campaign with the Ethical Fashion Initiative, a partnership wherein she produced a bag collection entitled “Handmade with Love”. The products were created by local artisans in Africa under fair and ethical conditions, using recycled materials such as canvas, re-purposed roadside banners, and brass.

Though the product and partnership itself is a step in the right direction, the campaign is cringe-worthy. The campaign features a decadently dressed Vivienne Westwood selling handbags in the middle of the slums, which, as one journalist once called out, resembles ‘poverty porn’. By positioning herself as a white woman donned in luxury products in the slums surrounded by villagers in the background, she is reinforcing the narrative of inequality. Yes, she outfitted some local models in fancy dresses alongside her, but the fact that it was set in the slums further perpetuates what author Chimimanda Ngozi Adichie calls ‘The Danger of a Single Story’, which in essence, refers to the telling of Africa’s story in a narrow, single-sided context of poverty.

While the original intention may have been different from the campaign’s effect, it’s important that women with a platform like Westwood do better.

We encourage iconic designers like Westwood to pass the mic back to the women whose voices are not often heard, to allow the makers of her brand to be the center of the story, and to offer her platforms to bring light to these hidden voices with humanity and dignity.

We do applaud Westwood’s Ethical Fashion Initiative collaboration that gave back to the communities where the inspiration was taken from. Her partnership on this project also extended to the International Trade Center and Ethical Fashion Africa, with a goal of empowering women artisans through fair trade, entrepreneurship, and financial independence. This progressive move deserves recognition, and we hope more fashion designers follow suit.

We commend the grand dame for her support for Greenpeace and environmental policies. But what we want is concrete evidence that she’s not only talking the talk, but walking the walk with her own label.

Whether you are a newbie to the ethical fashion movement or an industry veteran like Vivienne Westwood, the journey towards a fairer and more just fashion isn’t always perfect, and like all else, it is a constant work in progress with a lot of room for growth. Keep up with the release of her documentary here and let us know what you think.

Want to be an ethical trailblazer yourself? Check out these links below to learn how to be a fashion activist in your daily life:

To All Fashion Lovers: Let’s Get to Work

How to be a Social Activist In Your Daily Life