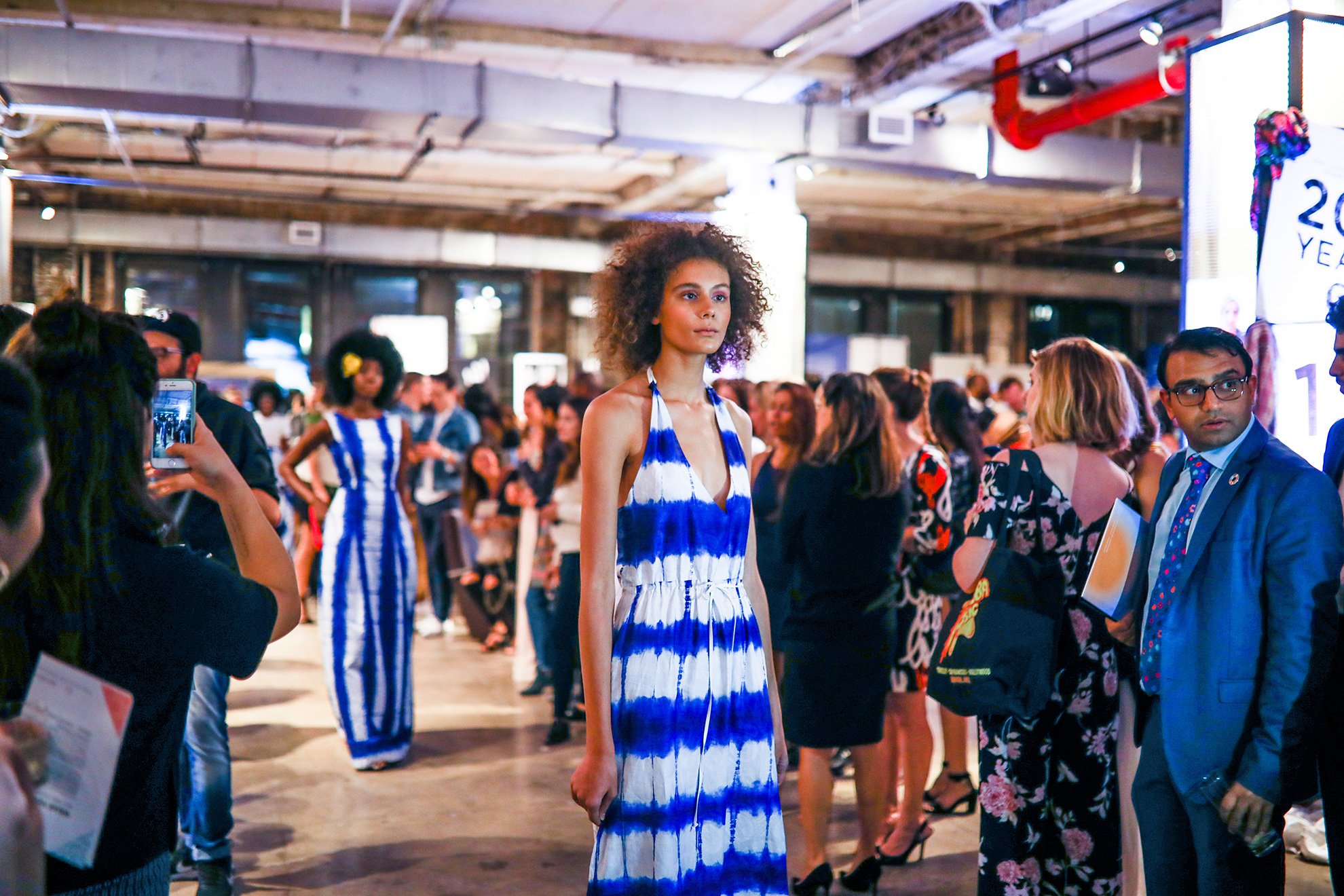 Over the past few years, sustainability has quickly become the fashion community’s latest and greatest buzzword. At its core, the definition of sustainability functions on three pillars: economy, society, and environment. However, the term has become inextricably linked with environmentalism while the human aspect of fashion takes a back seat, or rather, is forced to hide in the trunk. Brands often preach ‘slow fashion’ in the name of environmentalism, yet, simultaneously fall grossly short of achieving social justice via their inherent lack of diversity, inclusivity, intersectionality, and mere representation at that. In order for a brand to truly call itself sustainable, intersectionality must be a core tenet, not a trend and not an aesthetic; genuine sustainability simply can’t function otherwise.

While advocating for environmental reform, the face of ‘sustainable’ and ‘ethical’ fashion is undeniably white and privileged, despite the fact that those most impacted by fashion’s severe pollution and other environmental plights are BIPOC and marginalized communities. According to the American Lung Association, roughly 57% of people of color in the US live in counties that failed at least once for ozone/particle pollution, in comparison to 38% of whites.

For example, take a look at Los Angeles. L.A., congested with garment factories, is the most polluted city in the US, and the garment makers working in Los Angeles are overwhelmingly women of color. According to a study by the UCLA Labor Center and UCLA Labor Occupational Safety and Health, 82 percent of those garment workers said they never received any health or safety training, 26 percent witnessed or experienced verbal or physical abuse, 42 percent said exits and doors were regularly blocked, and 60 percent said poor ventilation led to excessive heat and dust accumulation.

So why is it that those most affected by pollution from garment factories are unable to participate in the conversation discussing safe work practices, sustainability, and how to prevent the pollution?

Because companies continuously ignore those most familiar with pollution’s adverse effects, they will never be able to entirely address pollution and climate change transparently. It’s safe to say garment workers have no voice in the very system that relies so heavily upon them. This same neglect is prevalent in the midst of Covid-19, if not more so.

During the coronavirus, conditions in garment factories only worsened in Los Angeles. The workers that remained in the claustrophobic environments during the pandemic were extremely susceptible to catching the virus with little to no health safety precautions set into place for them. Los Angeles Apparel, a company frequently lauded for their ethics and sustainability, was shut down in July after over 300 positive cases of Covid-19 were detected and at least 4 makers passed away as a result of the virus.

Again, those affected were overwhelmingly BIPOC. LA Apparel claims to care about the environment and its workers, but actions speak louder than words, and in this case, the results of LA Apparel’s actions were devastating. This is far too common in the space of sustainable fashion where people, and most specifically BIPOC, are often ignored or disregarded.

Performative Diversity Is Not Enough

The sustainable fashion industry represents yet another facet of racism occurring at the C-suite and marketing level of most companies: brands treat diversity as if it is a checkbox on a sheet of paper, rather than a necessary ethical practice and attitude.

As Celeste Scott wrote in her article for the Good Trade, “The tokenization of these biracial models felt like an attempt to lump a diverse audience into one category. This poor attempt at representation left me (and no doubt many other young girls of color) still feeling unseen and unrepresented.”

In the same article, Scott notes, “People who find themselves at the intersection of multiple identities are forced to cling to the sliver of themselves that is represented in the media because the fullness of themselves is so rarely visible in the mainstream.”

ok but the jacquemus cast vs the jacquemus team… this is the issue of diversity optics (performativeness) that we need to talk about pic.twitter.com/R1OddEpCmV

Jacquemus, a premium fashion brand working towards sustainability, was praised online for their 2021 spring ready-to-wear show that showcased an ethereal cast of diverse models parading through a field. Shortly after, Jacquemus posted a photo on their Instagram displaying their behind-the-scenes team. It appeared as if each member of the team was white. With such a diverse cast of models, it was troubling to see that this inclusivity wasn’t ubiquitous throughout the entire brand.

These acts of performative diversity take the place of authentic diversity, allowing brands to invest their time and efforts into marketing ploys rather than enact genuine change throughout entire staffs.

The fashion industry disproportionately harms marginalized communities, yet their voices often remain just as silenced in the sustainable sector as the fast fashion industry. Sustainable brands may be doing their part to alleviate environmental tolls in the fashion industry, yet they continue to make less than impressive efforts to improve their inclusivity of BIPOC.

Where Do We Go from Here?

A survey conducted by the Boston Consulting Group revealed that 75% of the 3,000 global consumers interviewed believe that sustainability is “extremely or very important.” It’s time for brands to listen up.

Sustainable brands, just as much as unsustainable brands, need to do more than the bare minimum in terms of representation and protection of BIPOC.  Intersectionality has always resided at the core of sustainability. Brands can’t label themselves as such if inclusivity is not at the heart of their mission statement. There have been major environmental strides in the past decade; no doubt. However, it’s not enough for sustainable brands to solely address the singular issue of environmentalism and turn a blind eye to the issues of racial inequities and social injustice in the fashion industry.