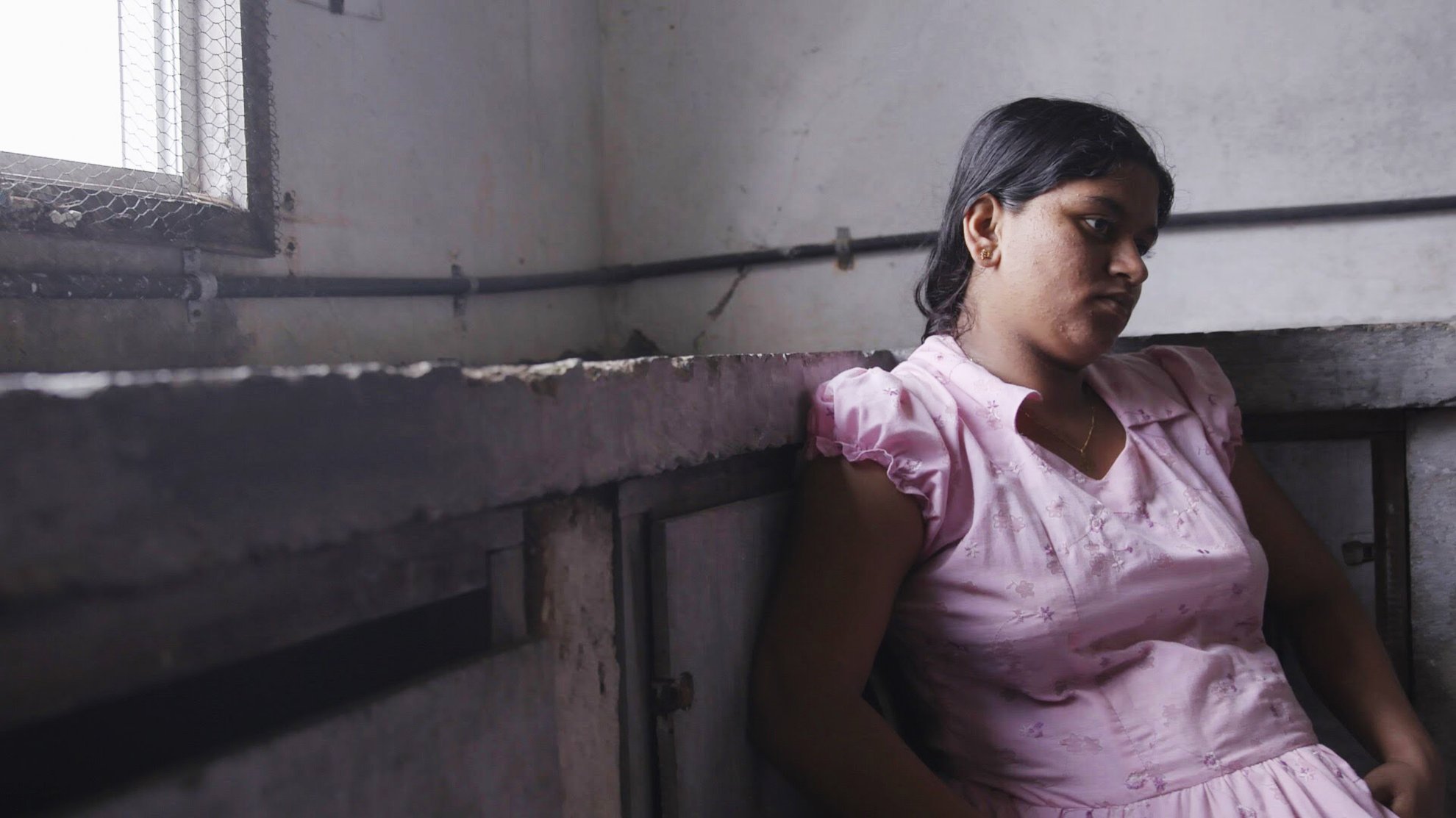 Around the globe, women dominate the workforce of the garment factory industry, representing approximately 85 percent of the population. Unfortunately, the working environment for many of these women includes low wages, long hours, and hazardous health conditions. What you may not know is that these unfair and dangerous environments can actually impact women workers’ reproductive and maternal health.

Picture this: After tending to your family in the dusk of morning, you head to work at the dilapidated factory for your twelve-hour shift. You work at your sewing machine in a crouched position, nimble hands carefully maneuvering the fabric. The smell of pungent, unknown chemicals burns your eyes. With little ventilation, the thick dust in the coats your throat as you inhale. The perpetual sound of 500 other machines pounds your head until it throbs. You’re on your period, but you can’t use the bathroom until your manager permits. Your periods have been longer and heavier lately with strange pelvic pain. You consider your reproductive discomforts, but realize you have neither the means nor the time to address them. You try your best to ignore them. Your shift ends, your body aches, and anxiety settles in as you’re unsure of how your work is affecting your unborn child.

This is the life of many women garment makers.

How did we get here?

Women’s participation in the textile industry increased as the arise of neoliberal economics during the 1970s created a new opportunity for the Global South to participate in universal clothing exportation. With lowered costs and increased demand, fast fashion and factories flourished.

While these evolutions might appear to benefit overall economies, Western clothing companies continue to manipulate the vulnerabilities of the female garment workers, creating environmental health hazards that endanger their wellbeing, including their maternal health. For women living in the Global South, issues such as poverty, corruption, and gender bias engender the system that compels them to work potentially life-threatening positions, often for less than a livable wage.

As anthropologist Johanna Lessinger explains, “Worldwide, from China to Mexico to R[o]mania, garment factories preferentially hire young women, precisely because they are structurally powerless to demand higher wages, better working conditions or stability of employment.” Most of these female workers migrate from their homes and families in rural areas to work in urban factories, often with ignorance regarding sexual and reproductive health, distrust of healthcare professionals, and lack of access to services.

Research backs the concern for these abundant health issues with multiple studies from around the globe describing the physical, mental, and emotional pain these women endure.

In a 2017 study, pregnant Bangladeshi workers in four factories agreed that while wages helped them earn money, the working conditions harmed their maternal health. These women felt coerced to meet excessive production requirements in order to avoid losing their jobs due to pregnancy. Their stress and anxiety led to doctor-confirmed hypertensive disorders, a leading cause of maternal deaths globally.

In a 2019 study, also in Bangladesh, researchers found musculoskeletal disorders such as neck, back, and shoulder pain, as well as headaches and major fatigue, among the textile laborers. Additionally, due to male leadership in factories, women workers often felt uncomfortable sharing health concerns, like needing to use the bathroom more frequently during periods.

In Chennai, India, women factory workers were illegally given pills to help with menstrual pain. In a 2019 Thomson Reuters Foundation investigation, reporters spoke with 100 workers, all of whom received these pills and half of whom had poor health outcomes. Factory managers required workers to ingest the pills while supervised, without providing any of the medication’s details. The medication was a non-steroidal anti-inflammatory drug—like Advil—that ameliorated cramps but had potentially dangerous long-term side effects such as depression, anxiety, urinary tract infections, uterine fibroid tumors, and miscarriages if taken over prolonged periods of time. These pills not only caused direct reproductive and maternal health issues but also required women to attend doctor’s visits and miss wages, thereby worsening health issues due to added stress.

Pregnant women in Albania working in factories were found to have an increased risk of spontaneous abortion, low birth weight infants, shortened gestation length, and stillbirths. A 1997 study concluded that factors such as standing, working in a hot environment, commuting, walking, carrying, and lifting heavy weights on the job directly correlated to poor pregnancy outcomes in Albanian workers. 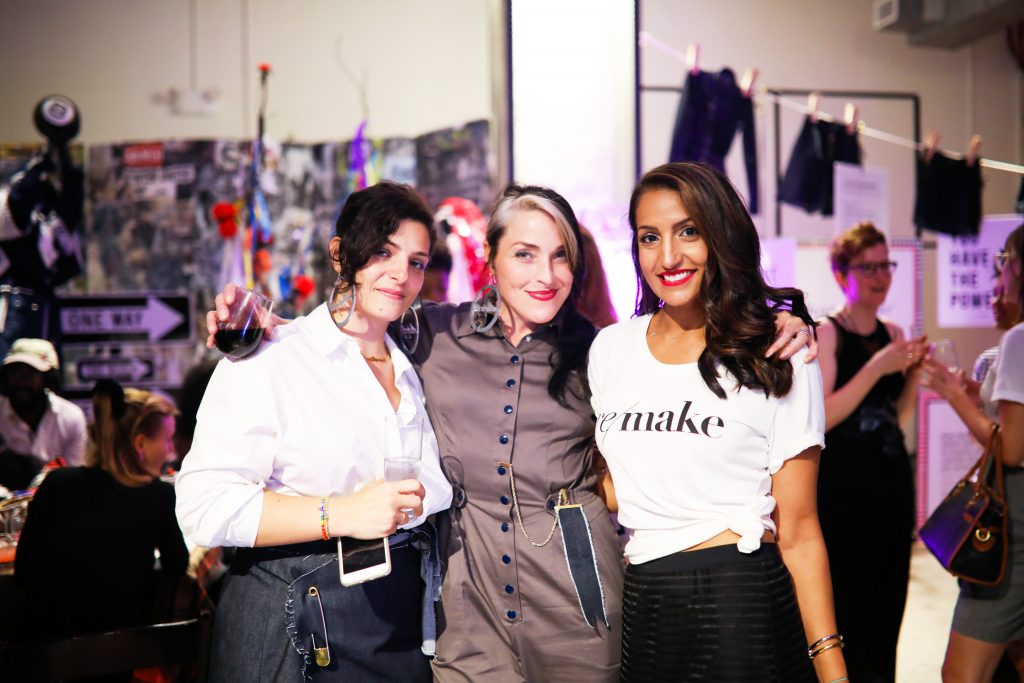 So what is the answer? How do we stop this major issue from impacting women worldwide? Fast fashion isn’t only an economic and environmental concern — it’s a health concern.

Wondering how you can support women garment workers’ maternal and reproductive health? Check out the tips below:

Victoria (Tori) Tully is a Remake ambassador passionate about women’s health and human rights in fashion. Currently, Tori works at the New Orleans Regional AIDS Planning Council. She graduated from the University of Maryland with dual degrees in Global Health & Development and Medical Anthropology. During college, Tori spent two winter breaks in Port-au-Prince, Haiti, where she was introduced to ShareHope and sustainable fashion. Follow her @toritully on Instagram and @VictoriaFTully on Twitter.