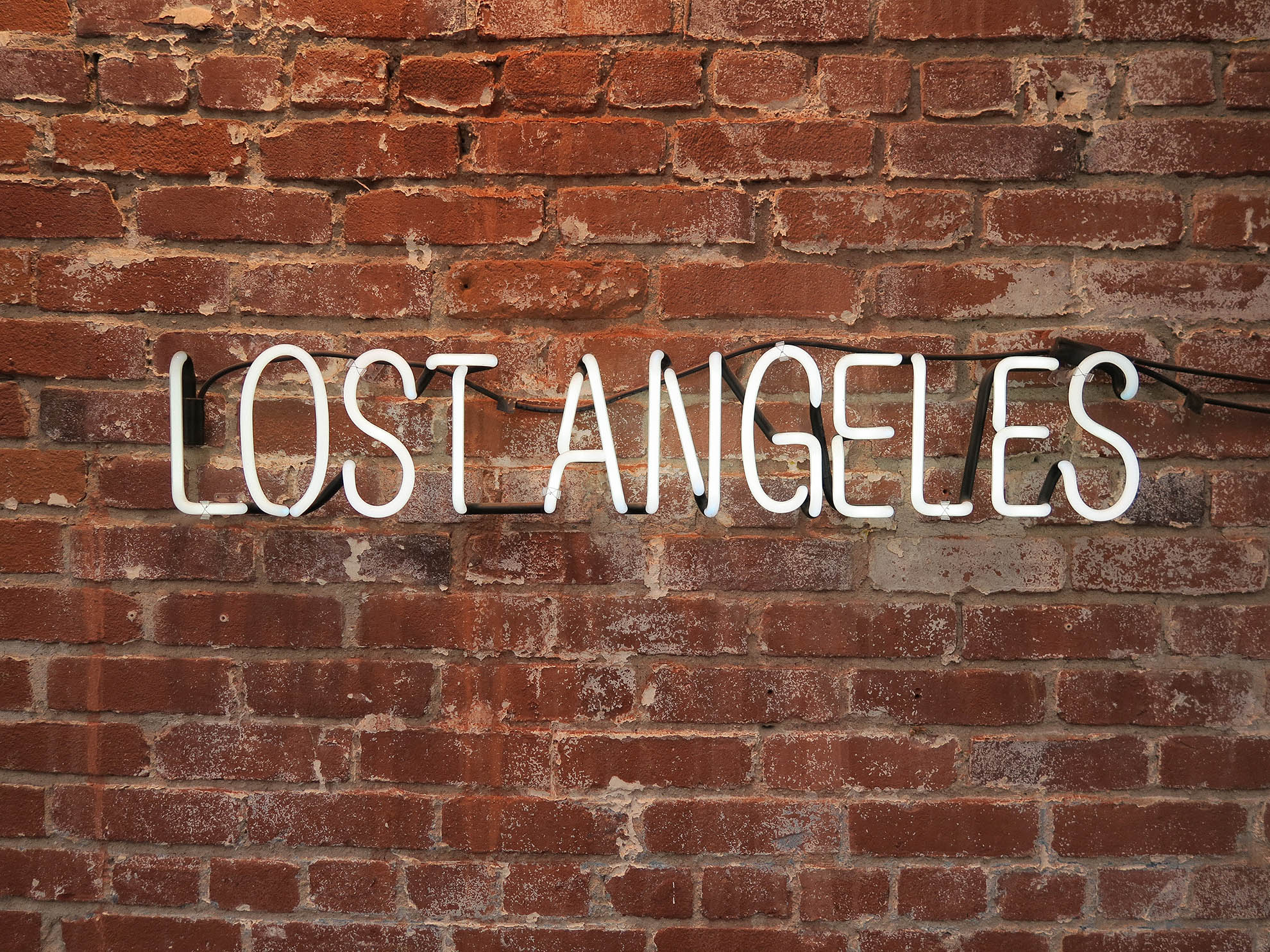 I live in Minneapolis, but I come from a family that immigrated to the U.S. at the beginning of the 20th century with nothing but the clothes on their backs. Poor, non-English speaking, and barely educated, the women in my family found work in New York City sweatshops, some of the only jobs available to them. As years passed, many of New York’s apparel factory workers fought to change their workplaces from overcrowded firetraps to factories monitored by strict laws and a strong labor union. For my grandmother’s sisters, it was this advocacy work that allowed them to sew their way out of poverty.

About 40 years ago, most of the apparel manufacturing industry moved to countries where labor laws didn’t exist or were not enforced. Now, garment makers—mostly women—in China, Mexico, Bangladesh, Ethiopia, and other countries are paid less than a living wage and work endless shifts in unsafe buildings to complete clothing orders for the biggest brands in the world. However, not all garment making takes place abroad, and many of the horrific conditions that were once found in New York apparel factories are now ever-present for garment workers sewing in Los Angeles.

In 2016, the U.S. Department of Labor found that 85% of L.A. garment factories violated federal wage and hour laws. These factories most often made clothes for Forever 21, which has filed for bankruptcy, and TJ Maxx, as well as Ross.

According to the L.A. based Garment Worker Center, Los Angeles has “the largest cut and sew apparel base in the U.S.”  Over 45,000 garment makers work in the city’s garment-manufacturing sector. Many sew clothes for some of the country’s most successful fast fashion brands—including brands based in L.A. like Fashion Nova, Revolve, Ross Stores, and TJ Maxx.

Since the COVID-19 pandemic reached the U.S. this year, wreaking havoc on our economy—and nearly halting the garment industry supply chain—many L.A. apparel brands have responded with gusto by producing masks and other much needed Personal Protection Equipment.

According to the L.A. Times, Los Angeles Apparel, founded by Dov Charney, former owner of American Apparel, boasted this spring that his company was busier than ever making reusable masks.

Sylvia is finally going home. She is working 7 days a week making masks. She has worked with Dov for over 10 years. These are the people making a difference. That’s Los Angeles. #thatslosangeles #losangelesapparel #dovcharney #madeinusa #masksforall

But in mid-June, a health care provider notified the L.A. County Department of Public Health (DPH) of a potential COVID-19 outbreak in the company’s factories. When DPH inspectors visited, they found cardboard barriers between workers, workstations less than six feet apart, and other violations of infection prevention protocols. The DPH also demanded a full list of Los Angeles Apparel employees in order to compare the list with virus testing results. Charney never complied. On June 27th, the Department ordered the factories to stop operations. So far, four virus-related deaths and over 300 infections have been reported among the company’s workers.

While Covid-19 is ravaging Los Angeles, the L.A. Times wrote that officials said “Los Angeles Apparel suffered the worst coronavirus outbreak of any business in the country.”

The impact of Covid-19 on L.A.’s garment sector doesn’t stop there. It’s been reported by garment workers that factories sewing for Fashion Nova have been dishonest about their production schedules during the pandemic, leaving garment workers suddenly jobless and without any idea of how to pay their bills or purchase food for their families.

Brands Have Been Behaving Badly for Decades

Unfortunately, health and income security have been a rarity in the Los Angeles garment sector long before Covid-19 made matters worse. According to the New York Times, The Federal Department of Labor investigated Fashion Nova from 2016-2019 and found that the brand could sell their quickly made clothes for such low prices by paying Los Angeles factories to employ sewers “by the piece” (each piece of clothing sewn), instead of by the hour. (Fashion Nova is known for shipping made-in-America trending outfits to customers within two weeks, at prices anyone can afford.)

Fashion Nova has been playing a shell game with the women who make their clothes. The brand places bulk orders with companies that design their clothes but ships fabric separately to factories that act as “sewing contractors.” These contractors hire “subcontractor” factories where garment makers sew the clothes and apply Fashion Nova labels. For example, when Fashion Nova needed a bulk order for a top with a retail price of $17.99, the brand made a deal to pay an LA “sewing contractor” factory, Amante Clothing, $7.15 per top. In turn, Amante hired Los Angeles sewing subcontractor Karis Apparel at a rate of $2.20 per article of clothing. The garment makers at Karis Apparel worked by the piece, off the books, for pennies per top.

Often, according to a survey conducted by the Garment Workers Center and UCLA Labor Center, these sewing contractor factories are unclean, filled with vermin, have poor lighting, are locked and/or have blocked exit doors, and provide no workplace health and safety training.

Mercedes Cortez, an LA garment maker interviewed by the N.Y. Times, sewed Fashion Nova apparel in a number of dusty, rat and cockroach infested subcontractor factories for 7 days a week, and was paid less than 30 cents per garment. Her wages fluctuated daily depending on her sewing speed. At one factory, she earned, on average, the equivalent of $4.66 an hour. “The clothes are very expensive for what they pay us,” says Cortez.

Cortez is not alone. According to Bet Tzedek, an L.A. legal service center that works with the Garment Worker Center, many of the city’s garment makers work 60 to 70 hours per week while receiving far below federal minimum wage—with no overtime pay.

Fashion Nova is also not the only irresponsible LA-based fast fashion brand. According to the GWC, Ross Stores have owed $800,00 in back wages to garment workers since 2016. Ross claims no responsibility since, technically, Ross is a retailer, not a manufacturer.

Twenty years ago, The Garment Restitution Fund was created by the California legislature to ensure that workers could receive back wages from their factory boss and any garment manufacturing company doing business with that boss. But the majority of workers sewing in L.A. factories are undocumented immigrant women from Latin America and Asia. Many don’t know their legal right to be paid at least minimum wage. Even when their bosses are found guilty of wage theft, these bosses might “cut and run” by shutting their factory doors, declaring bankruptcy, or finding other ways to avoid paying their workers.

Yeni Dewi, a garment maker from Indonesia, did not speak English or Spanish when she first arrived in the U.S. and was a victim of human trafficking. She was in hiding from her traffickers as well as immigration authorities. Working for traffickers paid her $200 per month, without holidays. “In the garment industry, I got $200 or $150 week, and I thought it was good,” Dewi said in an L.A. Taco article. She learned her rights through lawyers at the GWC, and is now a GWC leader.

This year, as the pandemic has slowed brands from putting in new clothing orders, let alone paying for orders already filled by factories, many of L.A.’s under or unemployed garment workers are left even more vulnerable with no access to stimulus payments or government support.

The GWC says that they “may be undocumented and ineligible for unemployment benefits, and often fear employer retaliation or consequences related to their immigration status when asserting their rights or accessing government services or benefits.”

Made in the U.S.A. Doesn’t Guarantee Ethical Practices

Brands that proclaim their produces are “made in America” may present the idea of ethically-made clothing, but the truth is that garments factories in Los Angeles can still be equated to sweatshop-like environments with products being made for less than minimum wage under dangerous working conditions.

While not all apparel manufactured in Los Angeles is made this way, it’s important to research who is making your clothing and what kind of workplace conditions they are facing. Remake’s Sustainable Brand Directory is a great place to start if you’re looking to support sustainably-sourced and ethically-made clothing.