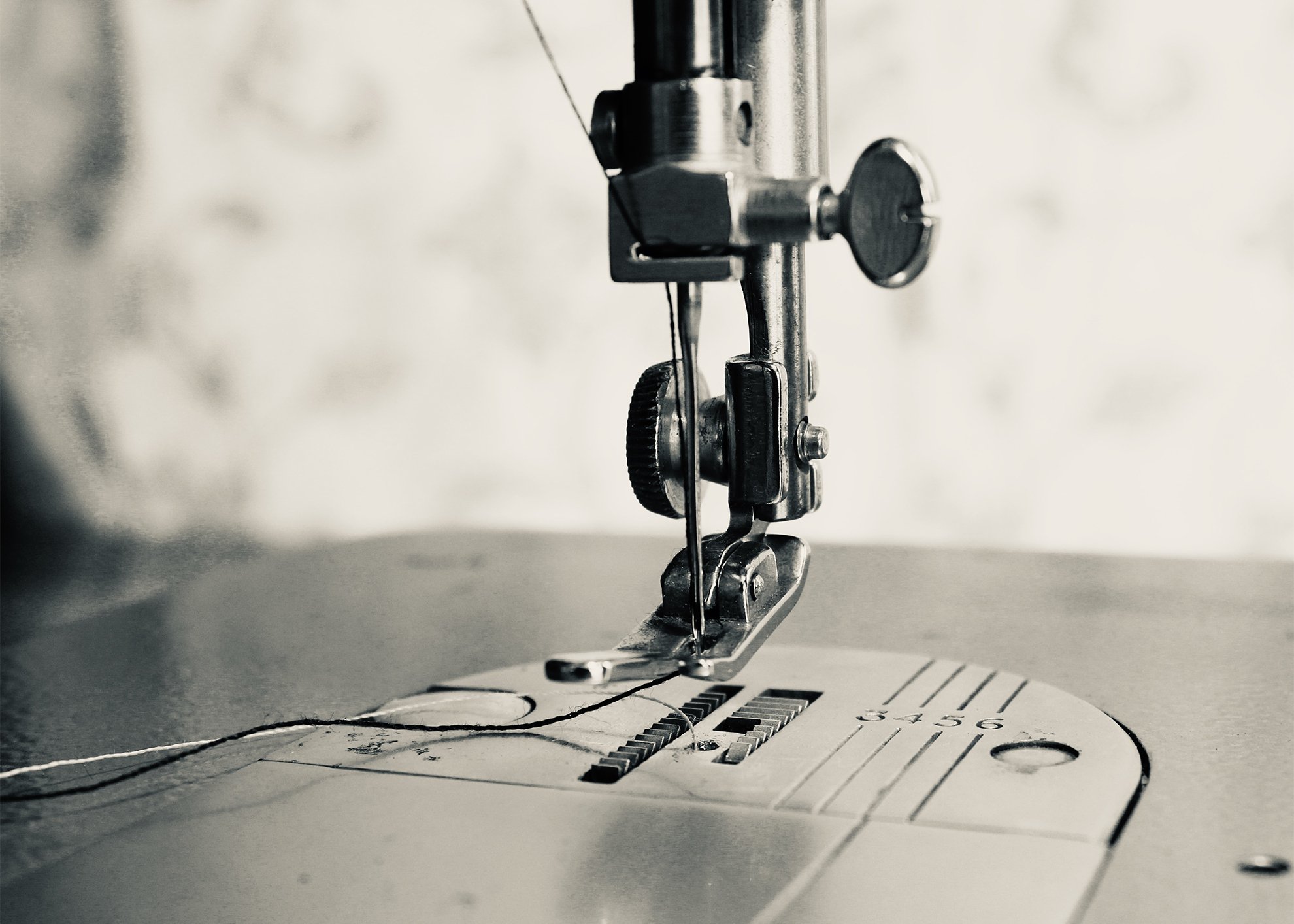 With Covid 19 now spiking in Bangladesh at an alarming rate, a fresh humanitarian and health crisis is looming for garment workers that could eclipse the devastation endured in 2020.

Bangladesh, which is in the midst of a vicious third wave of Covid, was due to be in a strict national lockdown in recent weeks; however, on July 30th, the government suddenly announced that an exception would be made for export-oriented industries. The reopening came in response to an influx of orders from international brands for the forthcoming autumn/winter season.

Long-held concerns about the inadequacy of Covid safety protocols and protections for workers in factories have become more pressing than ever. While Bangladesh, which has the second largest garment industry in the world, initially avoided the worst of the virus, in recent weeks, the country surpassed 1.2 million infections and now has a Covid death toll in excess of 20,000.

Vaccination rates among the estimated 4 million garment workers remains extremely low with just 6% percent of Bangladesh’s population of 160 million being partially vaccinated thus far. While workers, the vast majority of whom are women, say they worry about becoming infected, most are willing to risk the virus in order to earn enough to survive.

While there is no data available on the infection rates within factories, Nazma Akter, Director of Awaj Foundation, a grassroots labour rights NGO, estimates that Covid is now sweeping through the garment industry.

“There is no testing or precautions taken,” she says.  “When they (workers) have breathing problems or a fever, factory management tell them to take paracetamol and not to say anything. The attitude is ‘Oh they are young. Their immunity is strong. They’ll be okay.’ But when workers are sick, they can’t afford to take time off work, they just do whatever they can to try and keep their temperatures down and keep working.”

“There is no testing or precautions taken. When they (workers) have breathing problems or a fever, factory management tell them to take paracetamol and not to say anything.”

The government’s announcement, at less than a day’s notice, that factories were reopening triggered masses of workers to risk their well-being to get back to the factories from the countryside where they were celebrating the Eid holidays. With no public transport available due to the national lockdown, and in the absence of any support from their employers, workers undertook dangerous, lengthy journeys on any form of transport available, from motorcycles to rickshaws to poultry vans, at the height of the monsoon season. Shocking images showed dozens of workers crowding onto transport in order to get back to cities. Mohammed Abu Hasan, a worker visiting his family in Northern Bangladesh was looking for transportation back to Dhaka when he was hit and killed by a bus. Several others received injuries such as broken legs from accidents on death-defying transport.

Economic desperation and fear of losing work is especially severe among workers at the moment. On top of already paltry incomes that barely meet basic living costs, garment makers have suffered huge disruptions to their income due to intermittent lockdowns over the past year: more than 350,000 RMG workers lost their jobs, more than 85% didn’t receive proper wages and benefits, and more than 80% experienced hunger throughout the pandemic. Debt has emerged as a pressing concern with high volumes of workers having taken out loans in the pandemic to feed their families, of which many garment makers are now under pressure to repay unscrupulous loan sharks.

Furthermore, the pandemic has led to a wide range of social issues affecting workers inside and outside of the workplace. These include an increase in incidents of rape and sexual abuse, childcare challenges for single parents because factory daycare centers remain shuttered, a rise in discrimination against male workers leading to many of them leaving the garment sector to join more unscrupulous industries such as trafficking, and an increase in the number of children working in subcontracting factories trying to supplement the income lost by their parents.

Trade unions and civil society groups such as Awaj Foundation are calling for greater protections for workers, including a vaccination rollout within factories, reimbursement for the deductions made to workers’ salary due to sudden lockdowns, proper social protection, and a prohibition on firing workers due to factory closures.

“Worker well-being has been entirely disregarded by suppliers in their scramble to fulfill orders,” Nazma Akter says. “Suppliers are profit-motivated and not thinking about protections. They tell the workers ‘Oh the buyer has given us a low price,’ but why do they take bad prices and then make workers’ lives hell with high volumes of production and low wages?”

“Worker well-being has been entirely disregarded by suppliers in their scramble to fulfill orders. Suppliers are profit-motivated and not thinking about protections.”

At the moment, suppliers in Bangladesh are receiving orders that would otherwise have gone to countries more affected by the pandemic such as India, as well as Myanmar, where there are the dual crises of skyrocketing Covid-19 rates and the military takeover. The pressure for factories to fulfill ‘business as usual’ demands from brands is acute given that retail is thriving in many parts of Europe and the United States now that stores are no longer shuttered.

Mohammad Hatem, vice-president of the Bangladesh Knitwear Manufacturers and Exporters Association, told The Guardian that $3bn worth of export orders were at risk if factories had stayed closed throughout the national lockdown.

The scramble to accept orders at any cost is nothing new. But it is, however, heightened at the moment, given the industry in Bangladesh is still reeling from 2020 when factories suffered from rampant order cancellations, delayed payments, and violations of terms and conditions by brands.

As ever, the role played by international brands who reap the bulk of the industry’s rewards while facing minimal risks is deserving of scrutiny. In a shirking of responsibilities reminiscent of the early months of the pandemic, where the economic brunt of stores shuttering was transferred from brands to their suppliers, the liability for keeping workers safe has been placed entirely on factories. While many international brands have made toothless statements asserting their commitment to Covid compliance, in practice, they have not adapted their business operations to the pandemic.

What’s needed is for brands to adapt. Brands need to change their delivery timelines when lockdowns go into effect and to ensure that factories pay workers for the days when they are closed.

“Brands are not thinking about workers’ lives or that they can die from Covid. They are not thinking that Covid makes a difference in how production gets done. It’s still low prices and tons of orders,” says Nazma Akter.

“Brands are not thinking about workers’ lives or that they can die from Covid. They are not thinking that Covid makes a difference in how production gets done. It’s still low prices and tons of orders.”

The absence of brand accountability is particularly evident in the context of the expiration of The Bangladesh Accord on Fire Building Safety. The legal agreement between brands and trade unions was established after the Rana Plaza collapse in 2013 and succeeded in bringing about significant safety improvements and protections for workers. Negotiations for renewal are ongoing and a long-term deal remains elusive with many international brands now seeming reluctant to renew their support for an agreement that holds them legally responsible for workers’ safety. (The Accord is set to expire on August 31 — here’s how you can help keep that from happening.)

In the context of worker safety, whether it be building and fire safety or Covid 19, the industry has shown us time and time again that workers are only truly protected where there is legal accountability, particularly of brands.

The garment industry’s role in accelerating the pandemic can no longer be ignored. While much of the world is still working from home even when vaccinated, an industry where there are millions of non-essential workers, working indoors in close quarters without social distancing, and with low vaccination rates, seems a guaranteed breeding ground for the virus.

Where severance theft, which is now estimated at at least half a billion dollars across garment-producing countries globally was once considered the most shocking injustice endured by workers throughout the pandemic, in the absence of real accountability, unsafe conditions may yet eclipse it.

Maeve Galvin is an author and consultant based in Dublin, Ireland. She has a background in project management and communications across the garment industry. She has lived and worked in Myanmar, Cambodia and the United States.