Most of Cambodia’s 560 garment factories are located in and around its capital city Phnom Penh. Many women in Cambodia’s garment industry travel hours to the factory buildings on open flatbed trucks, which carry 60 plus people and are notorious for fatal traffic accidents. Other women rent apartments closer to the factories from slumlords who overcharge for rent.

Despite the long hard hours and wages seeming to not stretch far enough, each maker we met in Phnom Penh, still clung to the hope of a better future. 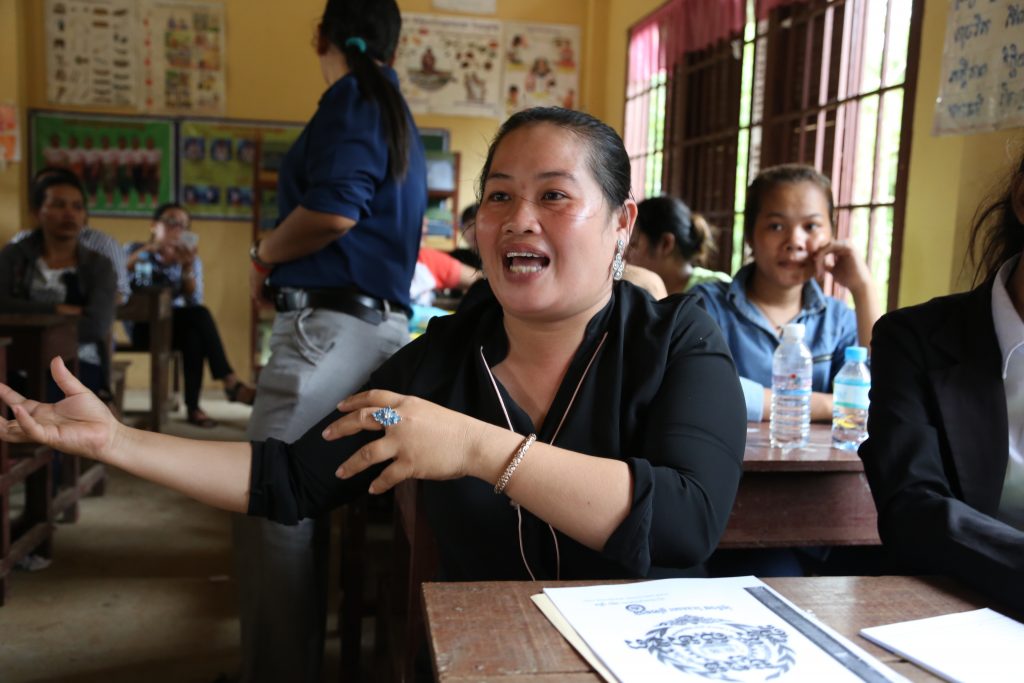 According to the Clean Clothes Campaign, these 560 factories do not account for any subcontracted or informal “cottage” factories, which are speculated to be popping up more and more in the rural areas of Cambodia. There is no estimate for the number of these informal workshops and with increasing pressure and surveillance, the factory owners have only gotten sneakier. When a larger factory illegally subcontracts an order to a smaller one, it does not sew in any tags or brand identifiers on the products, until they are back at the tier one factory.

The owners of these informal factories take advantage of the people who work for them and are able to avoid following labor laws and external audits by remaining unseen.

They know the women who work for them do not want to move away from their families in order to work at a first tier factory in Phnom Penh and they use this to their own benefit, knowing their workers have nowhere else to go.

The issues faced by Cambodian women working in informal factories include pregnancy discrimination, fixed duration contracts (FDCs), corruption in the Ministry of Labor, nearly impossible quotas and poor wages. We were fortunate to attend a meeting put together by the Solidarity Center, an organization that helps workers learn about and fight for their rights. Several women sat down to share their stories and their many struggles in being part of the shadowy world of subcontracting. 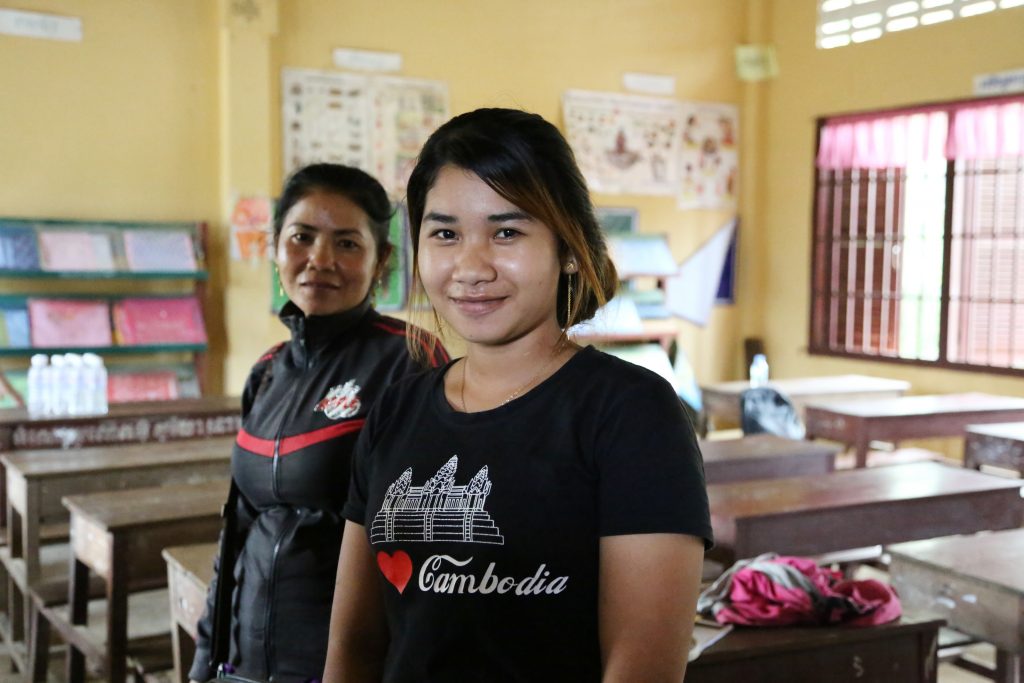 One of the biggest obstacles many of the women brought up were FDCs, short term contracts that in effect absolve factory owners of paying benefits, providing job security, and severance packages. Employment contracts at subcontracted factories are half of those at official factories, just three months. This allows management to easily terminate workers without reason and by repeatedly renewing three month contracts they are able to skirt the payment of any benefits.

Makers are also set up to fail with impossible quotas.

With minimum wage set to increase from $140 to $153 in January, the quotas and pressure have also increased. As soon as makers are able to meet the set quota, the factory increases it, so that they are in a constant state of catching up. 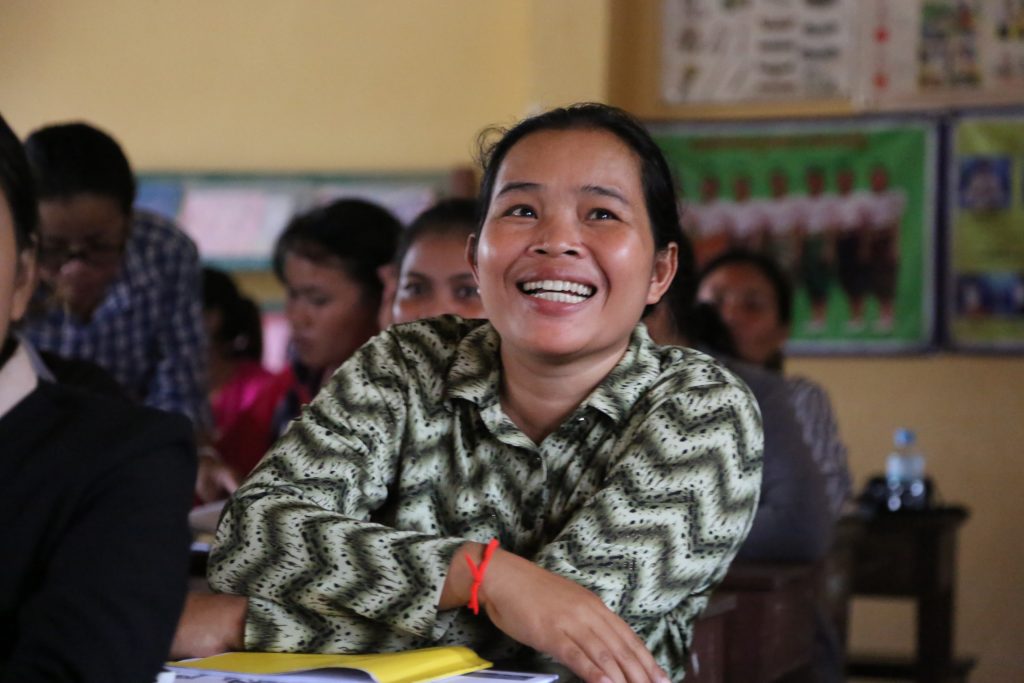 Sometimes lunch breaks are only 15 minutes in order to meet deadlines and in some cases, women reported bringing home work if they did not meet quota. They are not paid overtime for this work and spend their own money on electricity to run their sewing machines. One maker said that if they do not meet the goal, they get only one warning and then their contract is canceled.

Despite these issues, these women are resilient and empowering in the fight for their rights. 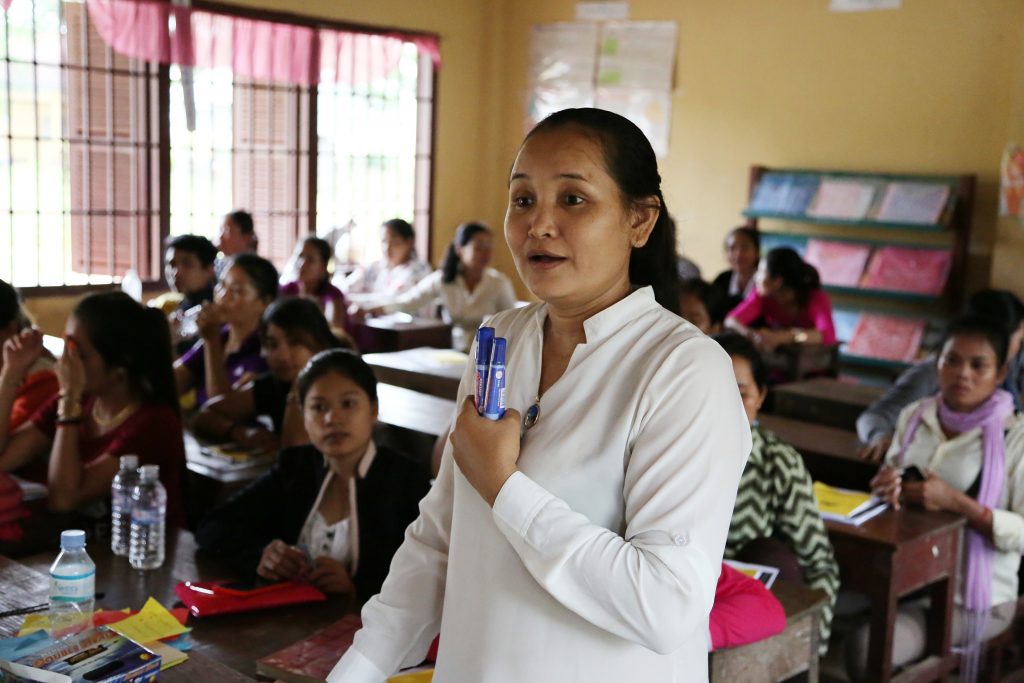 “We will never stop. We will fight,” said Somalay So, a former garment maker herself and a leader at the Solidarity Center.