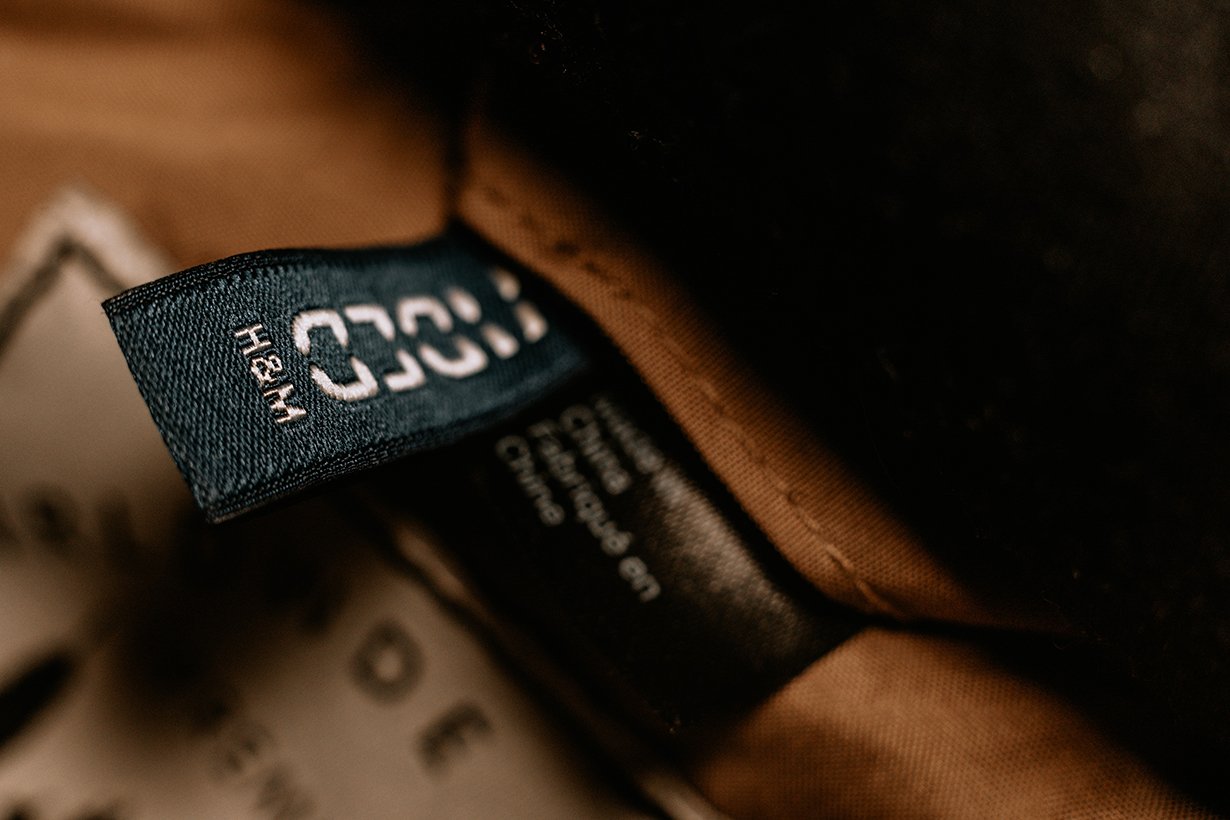 There may be a light at the end of the pandemic tunnel in the U.S. and many other countries, but the dust from the financial fallout caused by Covid is piling up in heaps across the globe. Financial survival was the name of the game for many retailers when the pandemic caused business—and in-store foot traffic—to halt entirely. For big brands that contracted their garment work out to countries in Asia and Central or South America, contractual loopholes allowed orders to go unpaid without any dent or detriment to billion dollar profit margins.

For the garment workers in countries like Bangladesh, India, Vietnam, Myanmar, Haiti, Sri Lanka, and El Salvador, those unpaid orders for work that had been sewn, stitched, and folded meant dried up wages, possible starvation, and housing insecurity. When orders were left unpaid, factories had no way to pay their workers. Some factories fired garment workers without any fulfillment of wages, while others provided meager payments. A few governments provided help to offset the financial pain, but the most common reality for garment workers was dismissal and empty hands; some were robbed of months of pay for completed work. Others lost severance pay.

According to a report from the Asia Wage Floor Alliance, in March 2021, labor unions in Sri Lanka filed a complaint with the Labour Commissioner related to unpaid wages and bonuses as well as “…mass retrenchments without adequate compensation in Hirdaramani Mercury Apparel (Pvt) Ltd, Katunayake.” The complaint will hold brands that contract at the factory and the supplier jointly liable for labor rights violations per Sri Lankan law. Workers at the factory sewed for Levi Strauss & Co., PVH Corp., ASICS, Columbia Sportswear Company, G-III Apparel Group Ltd. The complaint will require that the Labour Commissioner investigate the allegations.

The Business & Human Rights Resource Center (BHRRC) also released a report detailing even more allegations of wage theft by factories…and brands. According to the report, 16 brands were contacted regarding the withheld wages (and benefits) that affected a total of 9,843 garment workers in Bangladesh, Cambodia, Myanmar, the Philippines, and Ethiopia in their supply chain. While brands don’t pay garment workers directly, any payment for orders withheld to factories affects the workers. There were 16 brands that contracted with factories in these countries for their garment work: Carter’s Inc., Hanesbrand, H&M, Levi Strauss & Co., LIDL, L Brands, Matalan, Mark’s, Next, New Look, Nike, PVH, River Island, Sainsbury’s, s.Oliver, and The Children’s Place.

The BHRRC’s report included numerous case studies detailing the plight of garment workers in each of these countries and the response of the brands that were being produced at the factories. Of these eight cases, five were partially resolved, two were unresolved and one was resolved completely.

In December, Myanmar workers protested lost severance wages. On December 18, the report noted that LIDL, Marks & Spencer and s.Oliver all confirmed that workers had been paid (this also included any severance owed). The report also explained that Marks & Spencer confirmed on Dec. 31 that more than 1100 workers had been made whole regarding their wages (i.e. “paid in full”) and 65 were negotiating further.

According to the BHRRC’s report, Violet Apparel in Cambodia shut down operations because of Covid in July 2020. In May, however, the factory suspended more than 1,100 workers. Workers from the factory eventually protested, as they remained unpaid and also were owed benefits. Nike and Carter’s Inc. contracted with the factory. It was noted in the report that while Nike denied being affiliated with the factory (per the report Nike claimed it stopped contracting with the factory back in 2006), workers claimed otherwise and shared images of orders from the brand that Violet had been producing for another factory (Olive Apparel). The report further shared: “In its response, Nike said its Code of Conduct specifies Nike suppliers must not sub-contract without Nike’s written approval, but as it did not have a relationship with Violet Apparel it could not comment on the specific allegations or remediation status.”

The workers at Ethiopia’s Indochine Apparel and KGG Garments alleged back in December that the factory was failing to pay overtime wages. Brands that contracted work through the factories include Levi Strauss & Co., H&M, PVH and The Children’s Place. BHRRC’s report notes that Levi Strauss & Co, H&M and PVH all denied the allegations. The Children’s Place didn’t respond to BHRRC.

The five other partially resolved cases represented only small gains for garment workers. In some cases, garment workers received half of their wages owed. Others were given a lump sum. When considering these ‘partial’ victories, it’s important to understand just how little garment workers make. Most work for much less than a living wage. A partial payment of back wages and benefits often means a dire impact on those on the bottom of fashion’s supply chain. Workers at Sepia Garment in Cambodia, which produced for Matalan and Sainsbury’s (the latter of which no longer is affiliated with the factory, according to the report), were left without a job and without pay when the factory shut down because of Covid. For their work, they eventually received a sum of $140 but were owed much more than this lump sum payment. The minimum wage in Cambodia is $192. However, a living wage in Cambodia is closer to $600.

Unpaid wages isn’t the only financial burden affecting garment workers struggling during the pandemic. When factories shut down or closed, some workers were fired. However, depending on seniority and/or the laws of the country, getting fired should have meant a severance payment for some garment workers.

As many factories struggled because brands were leaving their bills unpaid, severance pay also was cut—or, rather, stolen—from many workers.

The Worker Rights Consortium compiled a report detailing the prevalence of withheld severance pay in nine countries and 31 factories, affecting a total of 37,637 garment workers who were owed approximately $39.8 million in severance pay or “…an average of more than a thousand dollars (US) per person, which is about five months’ wages for the typical garment worker.”

So which brands contracted in the factories that failed to pay workers what was owed in severance? Contracting brands included adidas, Amazon, H&M, Inditex, Next, Nike, Target, and Walmart. Each of these brands, as noted by WRC, all reaped huge profits while the garment workers bore the financial brunt of the burden.

And these factories and brands might not be the only offenders. The Worker Rights Consortium identified many more cases of severance pay violations, however, they could not be verified. Unfortunately, the cases of wage and severance theft shouldn’t come as a huge surprise. The fashion industry and the supply chain that sews it together have slowly begun to unravel. Contracts between the supplier factories (i.e. export factories) and the brands fall in heavy favor towards the side that holds the upper hand and all the money—the brands. Big brands could leave bills unpaid to factories and cancel orders at whim, because the contracts often allowed it. During the pandemic, sales might have been stifled and stores might have been shut to shoppers, but many brands still posted huge profits regardless. Companies were not only profiting but receiving huge tax breaks, too. In 2020, Nike posted a $2.9 billion profit and also received a $109 million tax rebate. Numerous news outlets also reported that Nike (as well as other corporations) paid $0 in taxes in 2020.

While the brands prospered, the garment workers suffered. And many continue to suffer. Unpaid orders to factories mean unpaid wages or stolen severance pay. For some workers, the struggle was too much to bear. Some contemplated suicide.

Garment workers are predominantly women, and many have families to support. Delayed payments or a sudden halt of income because factories cannot pay their workers can be the difference between survival and starvation. Azad’s plight, her fear, and perhaps even her desperation echoes throughout the globe. Human rights organizations, unions and activists are working to hold brands accountable for the financial devastation to the most vulnerable individuals in fashion’s supply chain.

“Termination of workers without adequate compensation and non-payment of wages are not only labour violations, but have severe impacts on their human rights. The refusal of the brands to take responsibility for workers employed in their supplier factory has resulted in workers’ inability to access minimum consumption required for survival, making the brands directly responsible for the conditions of workers during Covid-19,” said Ashila Niroshine Dandeniya, who is with the Stand Up Movement.

What can YOU do?