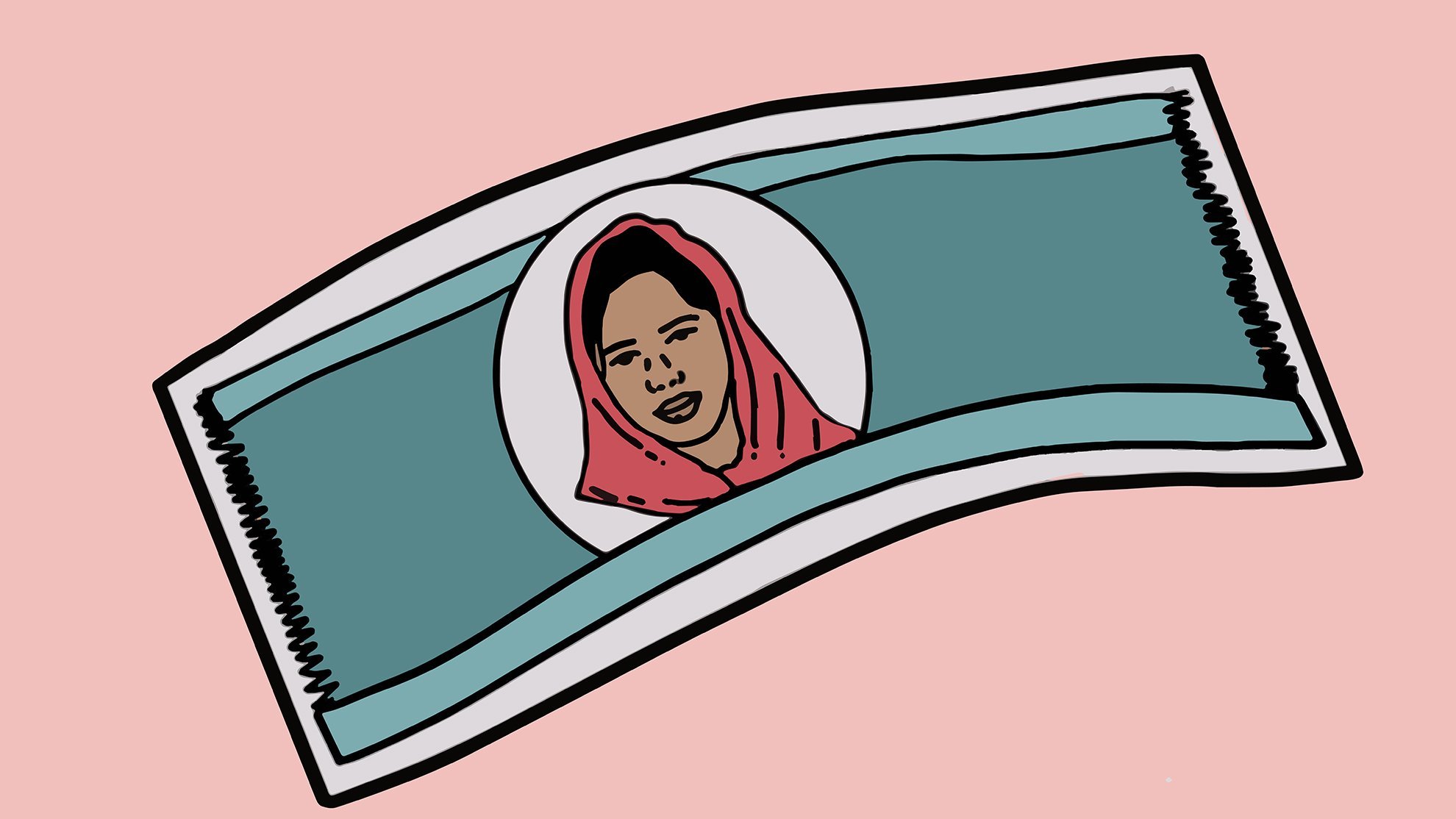 Like many industries, the fashion sector has been devastated by the COVID-19 pandemic, with factory workers bearing the significant burden of financial hardship and health risk. Citing low sales, many brands refuse to pay factories for cancelled orders, with $16 billion dollars worth of unpaid orders globally. Why is canceling a problem? For context, garment factories front the cost for materials and often complete the manual labor of sewing two to three months before they receive payment from brands. During COVID-19, these brands are leaving uncollected orders in factories and the most vulnerable populations without an income.

In addition to unpaid wages, the pandemic has revealed how a core part of brands’ profitability is achieved by consistently underpaying suppliers and garment workers. In stark contrast to companies that have survived the pandemic and returned to earnings, a majority of garment workers’ have experienced a staggering loss of income during the same time period. Surveys in 15 countries reveal:

Despite the financial downturn caused in the wake of Covid-19, many of the labels that owe payments have turned a profit since the pandemic. With companies accruing millions (and sometimes billions) in net profit this quarter, the PayUp Fashion campaign is calling on profitable brands to fund the unpaid workers forgotten within the supply chain.

As Action 2 in the PayUp Fashion movement, Remake calls on any brand that has made a profit and already committed to #PayUp to now commit the following:

A) Pay #TenCentsMore to the Severance Guarantee Fund: In alignment with the Clean Clothes Campaign network, PayUp Fashion calls on brands to protect laid-off garment workers by paying into a social safety net fund, called the Severance Guarantee Fund for Textile, Garment, Shoe and Leather Workers. The Fund, which is legally binding and negotiated with unions, requires that brands pitch in #tencentsmore per unit of apparel to ensure that all garment workers who’ve lost their jobs during the pandemic receive legally mandated wages and, in the case of layoffs, severance. #10centsmore

B) Help Provide Direct Relief to Garment Workers: Brands should also provide and push for direct financial relief to garment workers for income lost during the pandemic. This can be done either through brands’ own channels and foundations, through International Financial Institutions, or through international relief efforts such as the ILO Call to Action and the USAID Memorandum of Understanding. The ILO Call to Action and USAID MOU have moved less than $200 million to just four countries (as of December 2020) thus far, while the need is estimated in the billions of dollars. Brands must contribute or work through relief efforts and foundations to release an amount equivalent to 1% of their 2020 net revenue. Meeting this part of the demand is not a replacement for contributing to the Severance Guarantee Fund.

C) Protect Freedom of Association: Brands’ purchasing practices are often instrumental in squashing union activities and/or brands often look the other way while state violence is committed against organizers. The pandemic should not be used as a cover to roll back worker rights. Brands should intervene in their factories to support workers’ rights to freedom of association and collective bargaining, in accordance with international guidelines. Any brand found limiting the freedom of association of their garment workers or failing to support collective bargaining rights in their factories will automatically be ineligible for movement on Action 2 of the PayUp Fashion Brand Tracker.

12 Fashion Brands That Have Made a Q3 Profit

The behemoth of e-commerce, Amazon has earned a whopping $6.3 billion in net income, with profits  profits tripled in 2020’s third quarter. During the COVID-19 pandemic, CEO Jeff Bezos, the wealthiest person in the world, had a net worth increase of nearly $70 billion. In August 2020, he became the first person to reach a net worth of $200 billion. While Amazon is known for its wide array of products, it ranks as the top garment retailer.

Though profits were down since last year, Nike still accrued a profit of $1.25 billion during Quarter 3. Like Bezos, founder Phil Knight & Family’s net worth increased by $21.3 billion during the pandemic. Publicized as donating $900 million to charity, Knight donated 7.25 million shares of Nike Class B stock, valued at $900.8 million at the time of donation, to the Knight Foundation charity in October. While the donation might seem altruistic, Knight was able to benefit from the donation by a tax deduction. Ranked first on McKinsey’s Super Winners list, the athletic apparel brand of the top 20 apparel retailers controlling 97% of industry profits. The market capitalization of the Super Winners is 11% higher as of October 2020 versus last year. Nike has laid off nearly 700 direct employees during the pandemic despite turning a profit, and co-founder Phil Knight and family’s net worth increased by $21.3 billion during the pandemic.

Though profits are down from last year, adidas accrued a profit of $705 million in the most recent quarter. Similar to Nike, adidas ranks highly on McKinsey’s Super Winners list of the top 20 apparel retailers controlling 97% of industry profits. The market capitalization of the Super Winners is 11% higher as of October 2020 versus last year.

For Zara, Q3 was a win, totaling $1.05 billion profits. Following Nike, the iconic brand ranked #2 on McKinsey’s Super Winners list of the top 20 apparel retailers controlling 97% of industry profits. Although profits are down since last year, Inditex owner Amancio Ortega is the world’s sixth richest person, according to Forbes. His net worth is $74.3 billion as of October 28, 2020, and he earns more than $400 million in dividends a year. His wealth has grown by more than $10 billion since 2014. That’s more money than all of Bangladesh’s 4.1 million garment workers make in two years.

Like others on this list, H&M saw a decrease in profits from last year. Nevertheless, the brand still profited with $220 million in Quarter 3. H&M ranks #17 on McKinsey’s Super Winners list of the top 20 apparel retailers controlling 97% of industry profits. The market capitalization of the Super Winners is 11% higher as of October 2020 versus last year.

Profitable in both Quarter 3 and 2020, Lululemon accrued $144 million and $259 million, respectively. The athleisure brand ranks #18 on McKinsey’s Super Winners list of the top 20 apparel retailers controlling 97% of industry profits. The market capitalization of the Super Winners is 11% higher as of October 2020 versus last year. Lululemon CEO Calvin McDonald earns $11.3 million per year; top executives only took a 20% salary cut for the first three months of the pandemic.

While profits are down from last year, Gap Inc. made a profit of $95 million in Quarter 3. In 2019, Gap had the widest CEO pay gap-to-worker of any S&P 500 company, with former CEO Art Peck earning more than $20 million a year.

Primark’s previous 52 weeks’ earnings total out to $458 million. In April, the brand announced it would launch a fund to help pay wages to millions of garment workers, but it has yet to materialize.

UNIQLO’s year-to-date earnings are $859 million. UNIQLO plans to grow profits by more than 80% within the next year, and owner Tadashi Yanai’s net worth grew by more than $9 billion during the pandemic.

If a brand has turned profits during the pandemic, it should have no problem fixing the blatant issues in its supply chain.

Like others, Under Armour experienced decreased profits from last year. However, UA still gained profit ($39 million) in Quarter 3. Under Armour CEO Patrick Frisk earns $6 million a year, which enough to pay the annual salaries of 5,000 Bangladeshi garment workers.

Levi’s also made a profit in Quarter 3 of $27 million, despite profits lowering compared to last year’s. The denim giant’s CEO Chip Bergh earns an estimated $12.2 million a year. Though he cut his pay by 50% during the pandemic, he still made more money than 5,000 Bangladeshi garment workers’ annual wages.

Demand these brands #shareyourprofits by tagging them on social media and signing/sharing the PayUp Fashion petition.