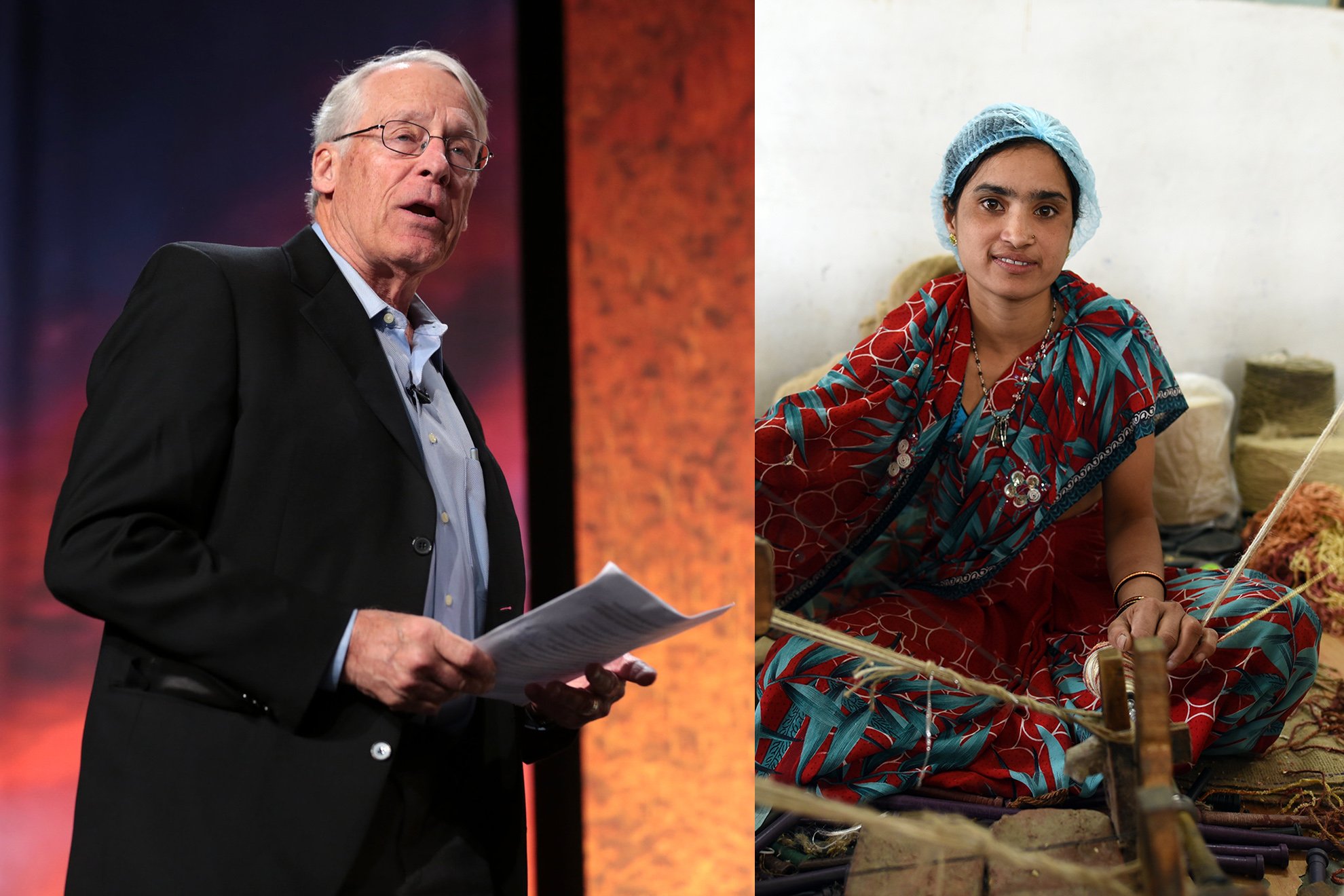 Now, more than ever, the world is at last acknowledging the vast injustices faced by the Black community and people of color all around the globe. More often than not, businesses find themselves thriving with wealthy, white men at their helms, while a majority of the labor that results in profit going directly into these rich brand owners’ pockets is carried out by black and brown bodies. This unfortunate truth rings just as true in the fashion industry as anywhere else. As the COVID-19 response enters a new phase of eased lockdowns in much of the world, a cautious hopefulness is beginning to emerge. However, the devastating impact of the pandemic on the lives of garment workers is becoming more critical by the day.

With the closure of stores and drops in online sales, big-name clothing brands have scrambled to protect the profits of their owners and shareholders, forcing factories and workers, the majority of which are black and brown women, to bear the financial brunt of the crisis. Many of these brands, including Primark, C&A and Walmart, are refusing to pay their garment suppliers in countries such as Bangladesh, Myanmar and Cambodia for orders produced in February and March. Exacerbating the issue, brands are also canceling scheduled orders, despite factories already fronting material costs and labor.

Lost orders have cost $3 billion in Bangladesh alone. One million workers were furloughed or laid off with 75,000 not yet paid for March. In Cambodia, 60,000 suspended workers have been promised a compensation of $70 per month, which is just over a third of the current minimum wage.

The contrast between workers and the super-rich high street brand owners who have been profiting from their undervalued labour for decades has never been more acute. Let’s look at some of the incredibly well-off people behind the companies that have left already-struggling workers without compensation, medical support or food security in this precarious time.

First, there is the billionaire Green family who own the Arcadia Group, which includes Topshop and Wallis. Controversial entrepreneur, Sir Phillip and his wife Tina live in tax-free Monaco and their net worth is $2.1B. The Greens are yachting fans and their collection includes a superyacht worth $150 million. The total dollar amount owed by Arcadia group to suppliers at the beginning of April? Approximately $100 million.

Then there is the Walton family, heirs to the Walmart fortune, whose net worth makes them the richest non-royal family in the world. Asda, a wholly owned division of Walmart, cancelled $38 million worth of orders in Bangladesh alone. Walmart’s fiscal year revenue from 2019? $514 billion. Add to that bustling grocery sales during the pandemic, and the fact that their competitor Target did the right thing by paying suppliers, and it becomes nearly unfathomable that Walmart still refuses to pay suppliers for subsidiary brands.

Another family is the Brenninkmeijers of C&A, whose assets are estimated to exceed more than $20 billion. This is the same fashion brand whose products were being made in the 2012 Tazreen factory fire. It took C&A two years to pay the victims of the disaster, which took more than 120 lives. C&A cancelled $166 million worth of orders in Bangladesh in late March — and the brand’s delayed payment tactics are eerily similar to those they implemented following the Tazreen factory fire. While C&A has now agreed to pay for a percentage of its global orders, the brand is remaining unclear about order amounts and payment terms. If C&A cannot pay immediately, it will be too late for garment makers whose need for their earned wages is dire.

One of Hong Kong’s richest families, the Fungs own Li & Fung, known as the middleman for brands including Tommy Hilfiger and Abercrombie & Fitch and are worth an estimated $1 billion. As is characteristic for them whenever confronted by the more controversial issues in their supply chain, when asked about leaving their Asian suppliers in the lurch, the company deflected to their role as a go-between stating that decisions on payments and cancellations are made by their customers.

Moving from families to tycoons, the Dubai-based, British owner of Edinburgh Woollen Mills and Peacocks, Philip Day is worth $1.2 billion. His companies are making the savvy move of inserting clauses into their UK store leases relieving them from paying rent until lockdown is lifted. However, they are not affording the same level of care to their suppliers in Asia who have been left unpaid for their orders. The company posted a $25 million profit last year after tax.

Bestseller owner, Anders Holch Povlsen is Denmark’s richest man and worth $9.1 billion. After becoming taken with Scotland while fishing there, he now owns more than 1% of the country’s land. Bestseller is continuing to cancel orders and has delayed paying factories by 90 days, leaving them and workers financially bereft. The brand has made claims of “negotiating changes” rather than paying for the original amounts which essentially means that they are pushing for aggressive discounts which will absorb anything even resembling factory profits.

Remake has been holding these and other brands accountable through the ​#PayUp campaign​, which currently has over 55,000 signatures and is continuing to grow.

The fashion industry’s reliance on the desperation of millions of impoverished black and brown workers to maximize profits is nothing new. But coronavirus has brought the exploitation of the mostly women who make our clothes to terrifying new levels. As factories begin to reopen before the coronavirus outbreaks are controlled, many workers will take the decision to jeopardize their health in order to earn. We cannot allow the lifestyles of these mega-rich individuals and dynasties to continue to be subsidized by those already bearing the most excruciating pain points of this pandemic.