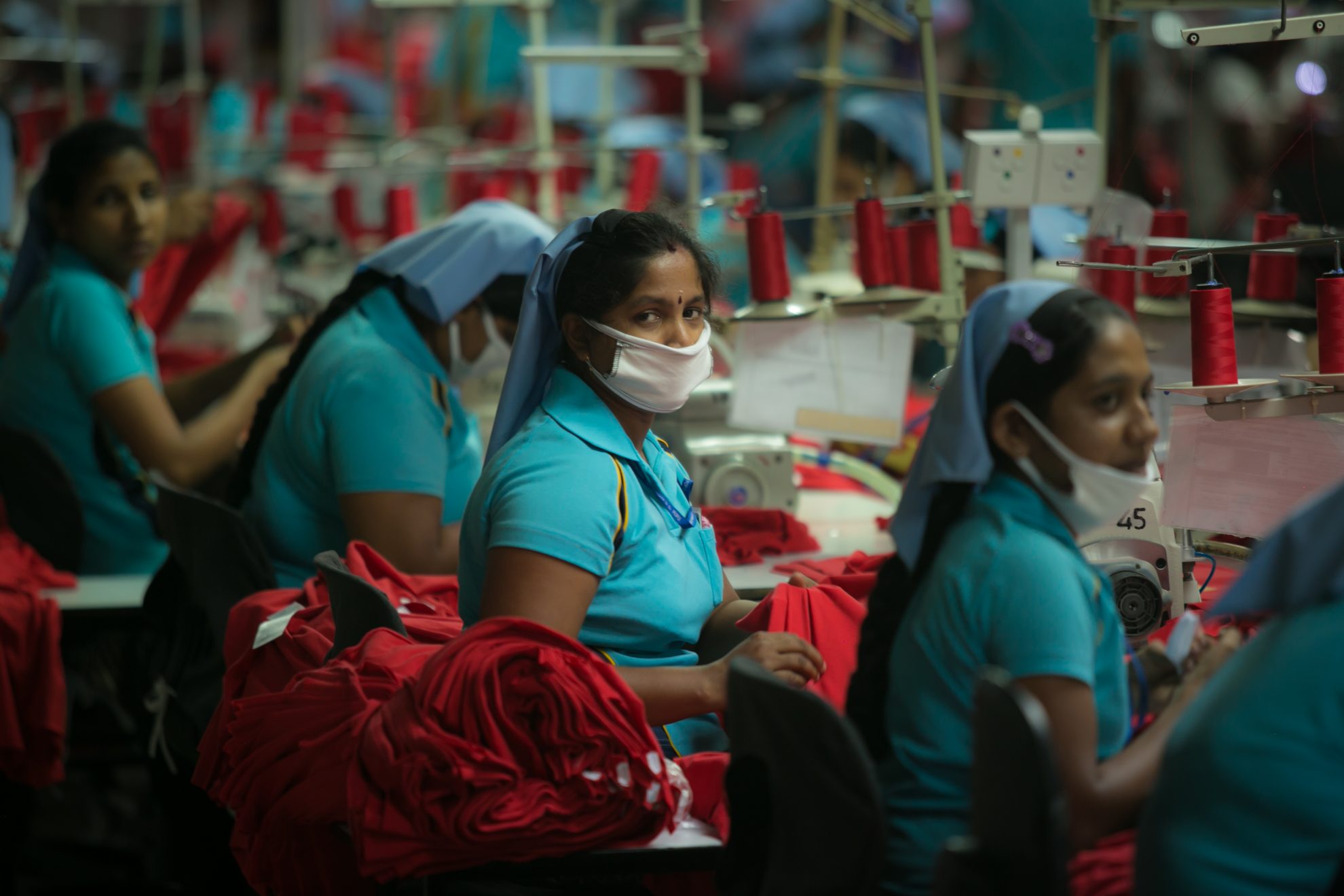 Last year, you got to know the makers behind Cambodia’s clothing industry through the award-winning documentary film short, Made in Cambodia. In the film you joined three emerging designers who went inside garment factories and maker communities where they listened and learned. Through personal conversations and authentic connections, the three students discovered how their designs can turn fashion into a force for good.

Uniting fashion x  activism, we are off again, this time to  Sri Lanka with CCA and Parsons fashion students who will be sharing all they witness with you live.

In partnership with Levi Strauss Foundation, Cordes Foundation, Parsons School of Fashion and California College of the Arts, our journey #8 will bring you stories of the hopes and dreams of the women behind Made in Sri Lanka.

A teardrop-shaped island cast adrift in the Indian Ocean, Sri lanka is filled with cultural and natural treasures. Colombo is Sri Lanka’s biggest city and major port. It condenses the colors and cultures that make up this island nation into markets, gardens and buildings, both humble and grand, alongside a narrow slab of beachfront.

But there is a darker history to Sri Lanka. For more than 25 years in the late 20th century and into the 21st, the island nation of Sri Lanka faced a brutal civil war. At the most basic level, the conflict arose from ethnic tension between Sinhalese and Tamil citizens. In reality, the causes are more complex and arise in large part from Sri Lanka’s colonial legacy.

Sri Lanka has traditionally been an agriculture-based economy but the government realized the need to have an industrialization strategy to develop its economy. Under the Multi Fibre Agreement, Sri Lanka became an attractive new venue for making our clothes. In 2009 the civil war ended and the clothing industry boomed.

Sri Lanka’s clothing industry has remained prosperous. Exports to the U.S. are over $1 billion making us the number one importer of Sri Lankan made apparel. Yet maker wages have not kept up.

Who Hollers At Sri Lanka?

The high level of technical and managerial skills available in the Sri Lankan apparel industry, low cost and the skilled and literate workforce provide the industry with a comparative advantage in the global clothing market. Brands that source from Sri Lanka including Victoria’s Secret, Gap, H&M, Liz Claiborne, Calvin Klein, Nike and Tommy Hilfiger to name a few.

Another well-known brand made here is Beyonce’s highly desired Ivy Park line. You might remember our Let’s Get In Formation For The Maker video, where we honored Beyoncé’s strength, and asked whether the Sri Lankan makers who made her female empowerment fashion line were any better off.

A large portion of Sri Lanka’s factory work is done by women. As of 2010, 350,000 women are employed in the country’s 891 apparel factories, making up 85% of the industry’s workforce. Despite overall progress in improving women’s rights, the clothing industry remains rife with harassment, lack of promotion opportunities and low wages.

Designers of tomorrow are about to embark on this life changing journey and will be posting live through photos, videos, boomerangs and more using #remakeourworld on Twitter, Instagram and Facebook. Join our journey live as we humanize the makers behind “Made in Sri Lanka.”

Follow #remakeourworld from September 24-29 and join our Made in Sri Lanka conversation.