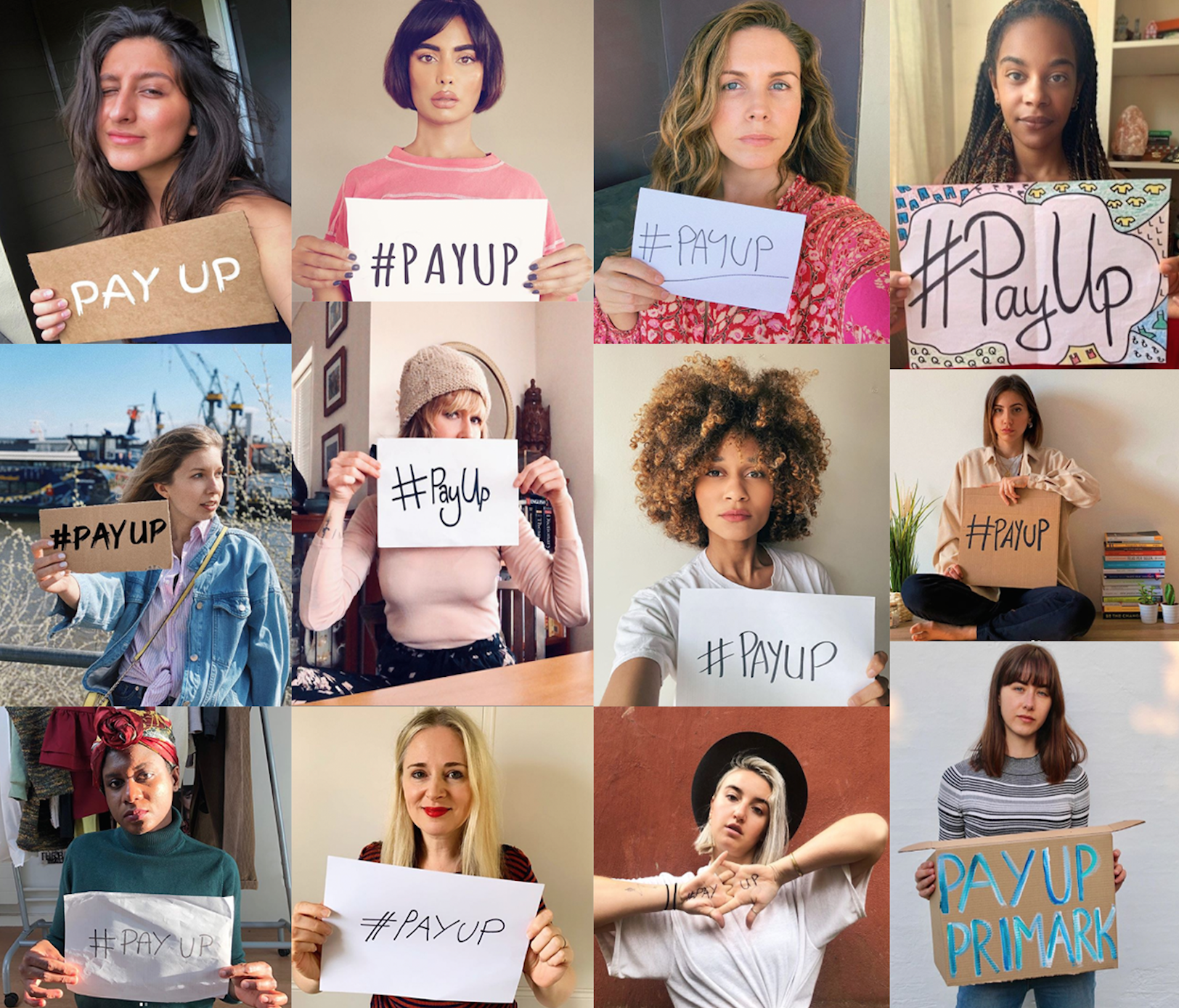 On March 30th, 2020, Remake launched a petition demanding brands #PayUp as a response to reports coming in from suppliers that brands had cancelled in-production orders as a result of retail constriction following the outbreak of coronavirus. Accruing over 270,000+ signatures and a worldwide movement including actresses Nat Kelly, models Cameron Russell, Arizona Muse and Amber Valletta, we decided to take #PayUp to the next level: PayUp Fashion

PayUp Fashion aims to center worker voices and demands in the future of fashion. This long-term vision for change lays out concrete, actionable labor rights goals, including:

On the campaign’s website, we encourage the public to show their support by immediately signing the new petition and sharing their support on social media.

Over the course of the next year, we will be pressuring 40 major brands and retailers, including the 20 most profitable apparel companies (as just 20 control 97% of industry profits), and others deemed culturally important. These companies hold the power to shape the future of labor rights and environmental standards for the entire industry — it’s time to hold them accountable.

In addition to tracking brand actions, the coalition will release mini campaigns via social media to leverage citizen power, keeping garment worker voices in the conversation.