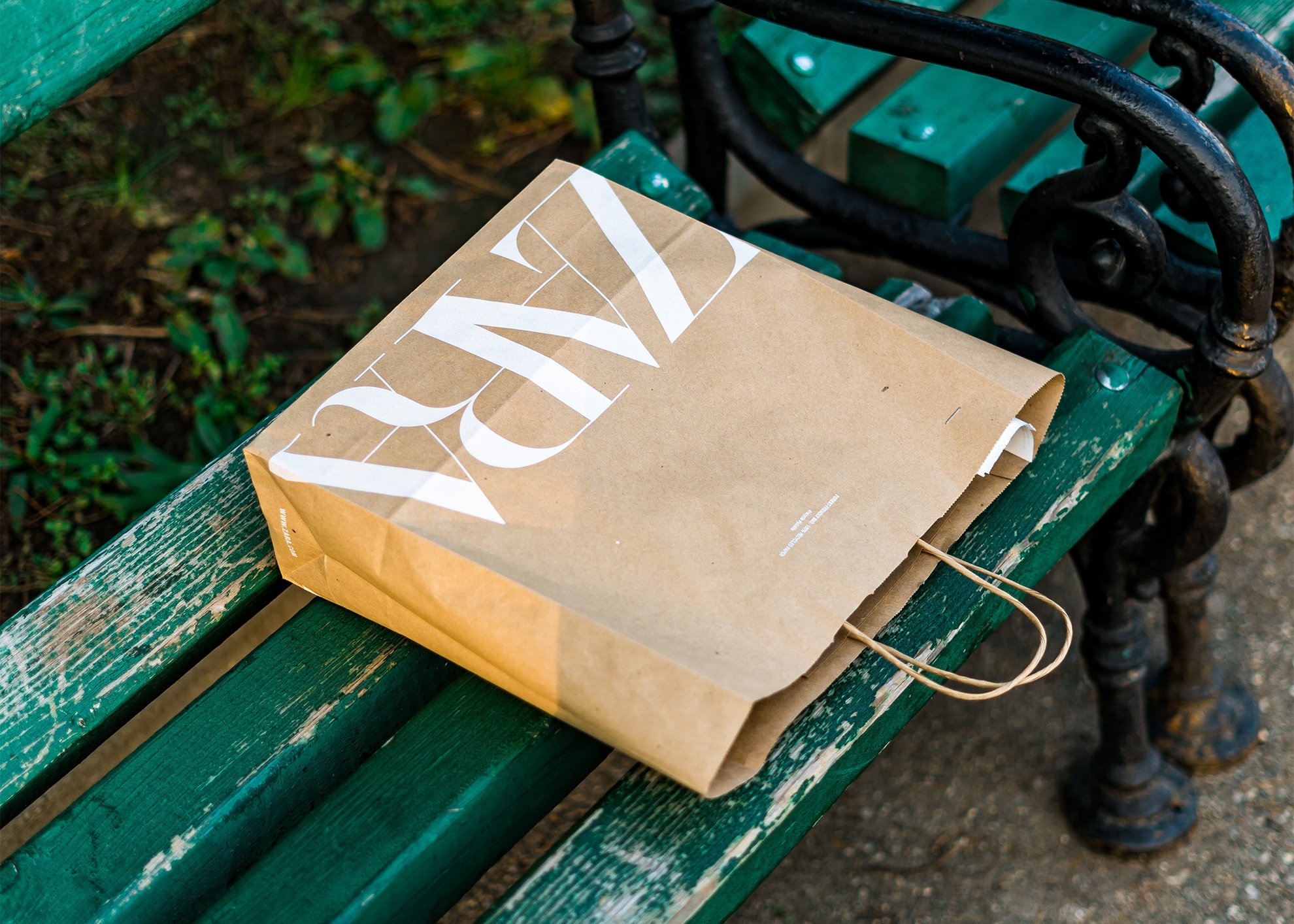 The Rana Plaza factory collapse of 2013, which killed a least 1,134 garment workers in Bangladesh, was a disaster that shone a light on the fashion industry’s failure to protect the people who make our clothing. This catastrophic industrial accident catalyzed a movement, and led to a groundbreaking agreement called the Bangladesh Accord, committing 200 of the industry’s leading brands to binding regulations that would aim to ensure something like Rana Plaza never happened again. At the end of August, that game-changing agreement is set to expire, with potentially devastating impacts for Bangladesh’s 2.7 million garment workers. So what’s next? Brands need to sign the Accord extension and expansion to keep more worker deaths from occurring

How the Bangladesh Accord Saves Lives

“The long and short of it is, without the Accord, garment makers die at work,” says Elizabeth Cline, Advocacy and Policy director here at Remake. “This seems to be something that we forget over and over again: what’s at stake if there’s no clear regulations around garment worker safety.”

The Accord has been incredibly successful so far. When it was founded, initial inspections found more than 87,000 safety issues and 50 factories that were at risk of collapsing, and today, 90% of those issues have been resolved because of the Accord’s effective framework. “It built a 200 person infrastructure dedicated to safety, [made up of] people who inspected factories, and trained garment workers in building safety – all of the things that are really normalized in high-income countries,” says Cline.

There is still plenty of work to be done. Extending the Bangladesh Accord doesn’t just safeguard the measures that have already been put in place over the last eight years. Signatories to the extension will be agreeing on three new stipulations: individual brand accountability, an  independent secretariat to oversee the Accord, and the expansion of the Accord into other countries. This last point is particularly exciting: if the Accord has such an impact in Bangladesh alone, just imagine the impact that rolling it out to other garment making hubs like India, Sri Lanka, and Vietnam could have.

Why Brands Are Shying Away From Signing It

If it’s been so impactful and life-saving, why is it that as of June 2021, only five brands (ASOS, G-Star, Zeeman, Tchibo, and KIK) from the original 200 had resigned to extend the Accord? “People can look at it and say it’s so successful that we don’t need it anymore, but actually, that’s exactly why we have to keep it going,” says Cline. “Safety is one of those things that has to be constantly defended. This is not the moment that we can say ‘We’re done with worker safety. We crossed the finish line, let’s all go home.’”

“People can look at it and say it’s so successful that we don’t need it anymore, but actually, that’s exactly why we have to keep it going.”

There are a number of factors at play as to why brands are hesitant to extend their commitment to the Accord. First of all, it’s worth remembering that while the safety conditions in Bangladeshi factories have improved, the structure of the industry has remained essentially unchanged. “All of the pressures that lead to Rana Plaza still exist in the industry,” says Cline. “You’ve got a handful of huge global conglomerates that control the fashion industry, that constantly drive down prices and put pressure on factories to cut corners, and that reality hasn’t changed since 2012.”

These same fashion brands rely on flexibility and are notoriously commitment-phobic. “Brands are used to moving factories as costs go up, and moving factories simply because they want flexibility,” says Cline. “This kind of commitment is really alien to them, they don’t like it.” The very nature of the Accord, in contrast, asks its signatories to invest in their suppliers by implementing training, renovations, and inspections – all things that tie them to particular factories.

As an alternative to the Accord, some brands are suggesting a voluntary safety plan that would prevent them from being legally accountable for their garment workers. The legal accountability outlined in the Bangladesh Accord is precisely what has kept these brands to their commitments over the last eight years, and we know from past experience that voluntary actions are inconsequential.

Why Zara, H&M and Tommy Hilfiger Should Step Up

It’s generally understood that if the major industry players lead, others will follow. This is why H&M, Zara and Tommy Hilfiger have been key targets of Remake’s campaigning to get brands on board with the extension of the Accord. “They’re the companies that control the fashion industry, they’re huge buyers in Bangladesh, and they all tend to be the brands that lead on issues of Corporate Social Responsibility (CSR),” says Cline. “The rest of the industry tend to say: this is what Zara and H&M think CSR looks like, so I’m going to do it too.”

Another compelling reason for H&M, Zara and Tommy to sign the Accord? They’ve all had Bangladeshi garment workers die while working for them. In 2010, 21 people died in a factory fire while making clothing for H&M, while only last year, a garment worker named Jeyasre Kathiravel was raped and murdered by her supervisor at Natchi Apparel – a supplier of H&M.

“The rest of the industry tend to say: this is what Zara and H&M think CSR looks like, so I’m going to do it too.”

In 2012, a year before the Rana Plaza factory disaster, 29 people died in a factory fire in Bangladesh while making clothes for Tommy Hilfiger. Only months before Rana Plaza, seven garment workers in a factory that supplied Zara were also killed in a fire.

These stories are just a few examples of an all too common tragedy – in the five years before the Bangladesh Accord was created, an estimated 700 Bangladeshi garment workers died in similar factory fires. “Their workers paid the ultimate price to make their clothes,” says Cline. “Hopefully [Zara, H&M and Tommy Hilfiger] understand what they owe to those people who lost their lives making their clothes.”

So far, Tommy Hilfiger is yet to speak publicly about resigning the accord, which is surprising, considering the brand was one of the original signatories of the 2013 agreement. After Remake’s campaign efforts, Zara’s response has been encouraging (although they’re yet to commit) and H&M responded with misleading statements and excuses.

The Pandemic’s Impact on Progress

If the pandemic has shown us anything about the industry, it’s that brands do not want to take responsibility for their garment workers. “It took how many millions of citizens just to get brands to pay for clothes that were made during the pandemic?” asks Cline, who has been a leading figure of the #PayUp campaign since last year. “When you get up to the higher echelons of the big conglomerates, they see these workers as a cost and they will only do enough to protect their own reputations.”

“When you get up to the higher echelons of the big conglomerates, they see these workers as a cost and they will only do enough to protect their own reputations.”

Indeed, the pandemic has caused a rollback in garment workers’ rights to a worrying extent. “I hate to say it, but the supply chain is unravelling,” says Cline. “We’re seeing workers earning less money than they were before the pandemic, we’re seeing factories busting unions and lowering the prices to their factories compared to before the pandemic, and what that’s doing is creating the perfect conditions for another Rana Plaza. It’s one of those situations where you see this perfect cocktail of really dangerous elements mixing together, and it should scare all of us into action.”

The Power of Public Pressure and Collective Action

“People have seen with their own eyes the power of collective action in the past year and a half,” says Cline. “People feel more comfortable speaking out, they know they need to speak out – look at PayUp, Black Lives Matter, the 15% Pledge – there are so many examples of people understanding that you have to come together with other citizens to fight entrenched power.”

Collective action can take many different forms – from protests to flooding fashion brand’s inboxes, which is exactly how the Remake community has been getting the attention of the industry’s biggest brands. “It’s so effective if we all write to Zara on one day – when we come together, it amplifies our power,” says Cline. “Together, we’re very powerful and that’s when the brands start to take notice.”

How you can help today

Remake’s next call to action for the month is public-facing:

Publicly tag the brands that HAVE NOT yet committed to the Accord’s extension and expansion on social media with any of the following sample tweets, or craft your own: