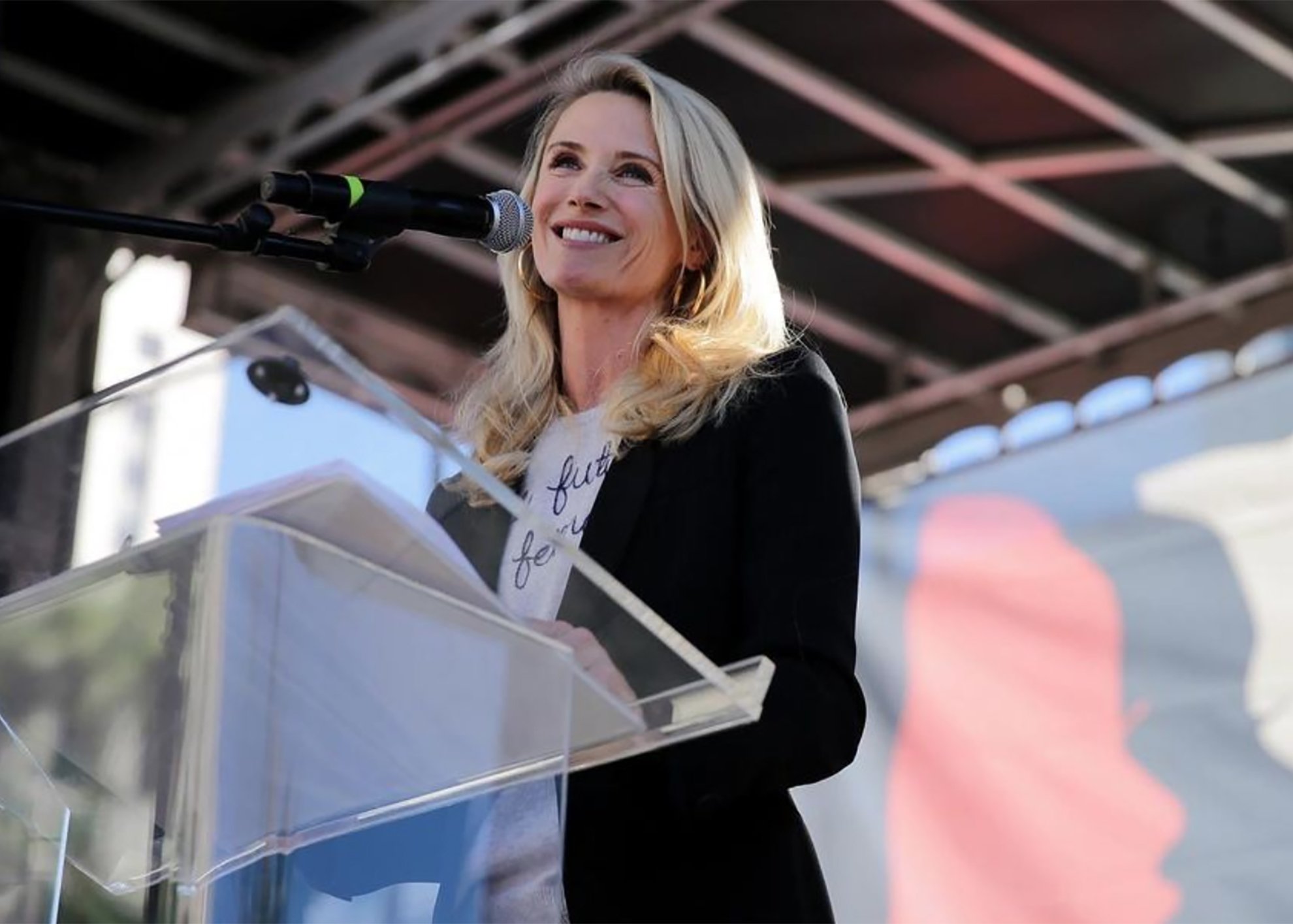 California’s First Partner, Ms. Jennifer Siebel Newsom — a fashion icon in her own right — has long been a powerhouse of women’s rights and gender justice. In fact, long before her political limelight, Siebel Newsom made a name for herself as feminist artist with her self-written, directed, and produced documentary Miss Representation, a film that discusses the social, political, and cultural toll of media underrepresentation of women in power.

Concurrent to the documentary, Siebel Newsom co-founded The Representation Project, dedicated to researching and creating education campaigns on the impact of sexism within and beyond the film industry. The Representation Project’s most recent campaign, #CAREFOREQUALITY, highlights the pandemic-induced “she-cession” — describing the financial struggles of women who, in the wake of the pandemic, have been forced to give up employment due to lack of adequate childcare and healthcare options (among them, an overwhelming number are women of color). Research by The Representation Project points to “Black, Asian and Latina women suffering larger losses [from February to April of 2020] to their employment ratio than white women, with Latina women seeing the biggest drop.”

It’s a problem Jennifer Siebel Newsom is working hard to address. Just last week, as a part of her Office’s #EqualPayforCA campaign, Siebel Newsom posted a series of tweets and Instagram posts advocating for Black womens’ equitable pay, linking back to policy recommendations by the Commission on the Status of Women and Girls and calling on California lawmakers and corporations to close the racialized gender wage gap.

When it comes to women workers in California facing pay inequality, workplace harassment, and inadequate benefits, garment manufacturing is perhaps the largest contributor to the problem. The global garment manufacturing industry operates on a model of indirect sourcing where brands place a high volume of orders with a factory, which subsequently subcontracts out to smaller factories, where garment workers are paid through a piece pay rate system. These factories — essentially unlicensed sweatshops — are notorious for prioritizing cheap labor while compromising basic human rights and labor standards like minimum wage and workplace safety. And because brands and retailers subcontract their labor, they have essentially absolved themselves of all wage liability for garment workers.

Of the 87% of LA garment workers that identify as Latinx, upwards of 50,000 are Latina immigrant women, who suffer extreme wage theft and corollary financial pressures as a result of a brand controlled sweatshop system. Santa Puac, one of these garment workers based in LA, says:

“I worked from five in the morning to five in the afternoon, and that was for $70 a day and 12 hours a day, and that was $350 for the week, for five days. We didn’t have a right to have breaks. We didn’t have overtime. They just gave us the $350 for the week. The bathrooms were dirty, there was no toilet paper in the bathrooms, we had to eat on top of the machines we were working. There is a lot of suffering. There is a lot of wage theft.”

And with the added pressures of the COVID-19 pandemic, labor abuses within garment manufacturing have become even worse over the past year.

Negligence of workplace safety is perhaps best evidenced by the the LA Apparel Factory, which was ordered to shut down operations on July 10, 2020 by the LA County Public Health Department. LA Apparel, which had reopened, despite the pandemic to produce personal protective equipment, suffered a coronavirus outbreak at the manufacturing site that left more than 375 garment workers testing positive for COVID-19 and six workers dead in COVID-related complications. The factory was found to have 17 “flagrant violations” of workplace safety conditions, leading to an Occupational Safety and Health Administration (OSHA) investigation of the premises. As of 2021, the LA Apparel Factory has re-opened and continues to produce PPE; but first hand accounts from workers aligned with the Garment Worker Center in Los Angeles continue to corroborate reports of LA Apparel’s factory conditions in extreme violation of workplace safety standards.

Women in the US still earn 82 cents for every dollar white men earn. But that number plummets to $0.63 for Black women…63 cents!! This must end. #PayHer #EqualPayCA #BlackWomensEqualPay https://t.co/pOSQY2qDxu

Between hiding infection rates, and setting impossible production targets, LA Apparel has cultivated a workplace culture that seems to thrive on the exploitation of essential workers who cannot afford to forgo an income stream during a pandemic. Ana, a garment worker from the Garment Worker Center, spoke to The Cut about her experiences:

“[The managers] required a certain amount of daily output. It was so much, like 1,000 or 2,000 masks a day between the entire team. Soon they were pressuring us and saying that they would raise our salaries above minimum wage if we made more. All day they would be telling us, ‘Hey, you aren’t producing, you aren’t finishing, and you have to hurry up.’ But they didn’t ever offer us extra money. I have never worked like that; it was tremendous pressure. When teams didn’t reach the production level they demanded, they would fire people. That’s why they were always hiring. Hiring and firing.”

“I have never worked like that; it was tremendous pressure. When teams didn’t reach the production level they demanded, they would fire people. That’s why they were always hiring. Hiring and firing.”

This pattern of employment (or lack thereof) has had devastating effects for garment workers during the pandemic. With brands notoriously cancelling orders and failing to pay for already completed work, among the range of other labor abuses, garment workers like Ana and Santa have been left in a lurch, unable to make rent payments and food insecure. All this while being forced to risk exposure to the deadly coronavirus, just to make ends meet.

It’s workers like Ana and Santa who are directly impacted by this “she-cession.”

Fortunately, California now has the chance to directly address and protect the women who are affected by this unethical manufacturing system. The Garment Worker Protection Act (SB62), designed to institute accountable and permanent worker protections, will go to Governor Newsom’s desk in September. The bill would ultimately hold brands liable for ensuring garment workers receive a minimum wage, putting an end to the $4, $3, and even $2 hourly wages that women are currently earning in the Los Angeles garment manufacturing sector.

Like Siebel Newsom’s #EqualPayforCA initiative, the Garment Worker Protection Act would be a game-changer for women in California, and it could potentially lead the way for nationwide reform in the garment industry.

Jennifer Siebel Newsom has long been a paragon of uplifting financially vulnerable women through activism and advocacy, and having her support this industry-changing bill could help get thousands of women paid in California.

How You Can Help:

Help us get Jennifer Siebel Newsom’s attention by tagging her on social media.