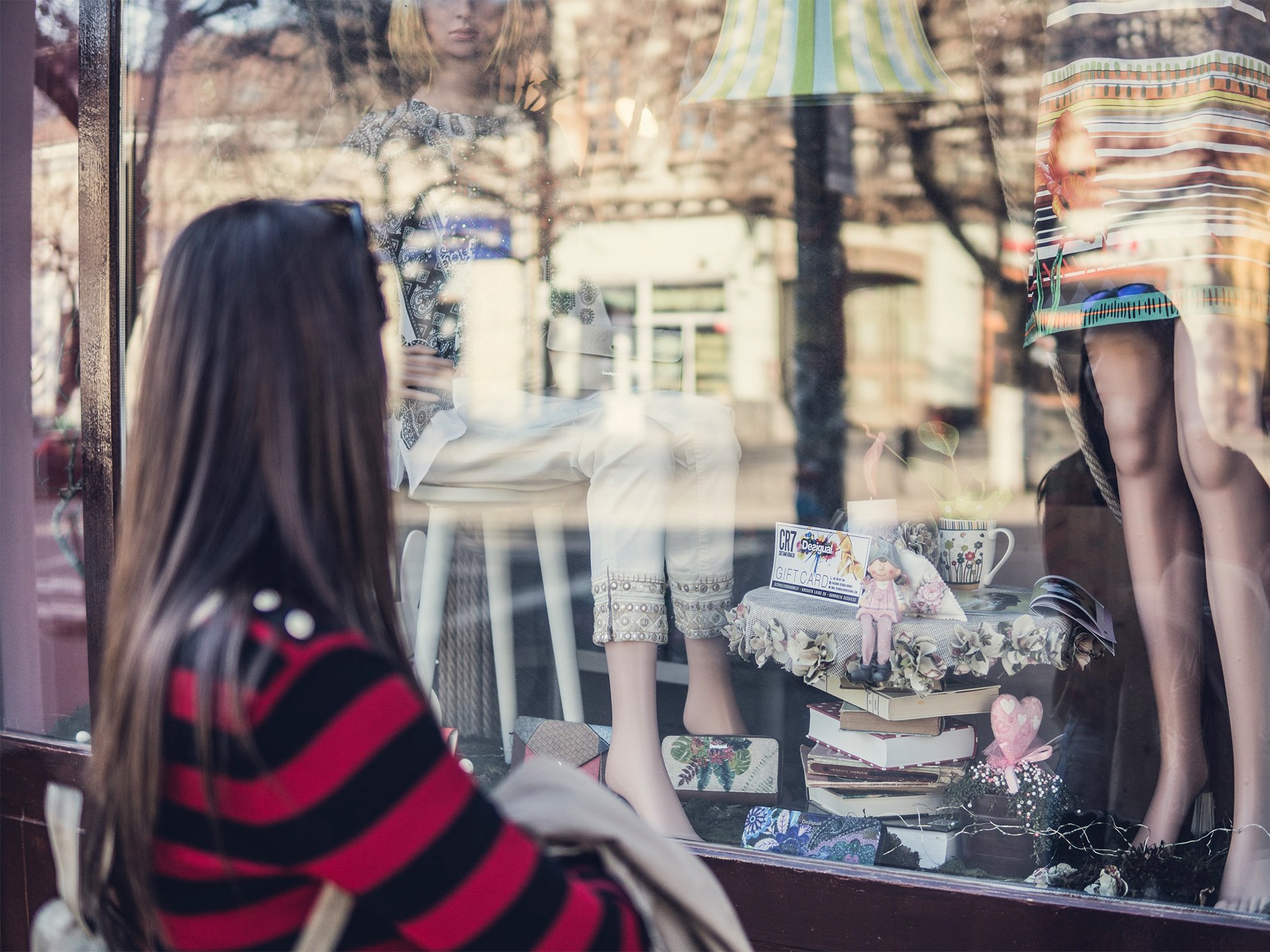 The effectiveness of individual action versus system change has long been a highly contentious topic in all activist movements, including  fashion activist spaces. While some sustainable fashion activists prioritize an unlearning of consumer culture and only making purchases from small, ethical brands, others are heavily focused on legal reform on the governing level, as well as demanding change in manufacturing practices from the big brands that make up the majority of the market. But aren’t the two intrinsically linked?

Constantly highlighting the need for individual action over system change can create a kind of whataboutism, a means by which various justice concerns can be diminished through the redirection of attention on seemingly more accessible matters that can be addressed in an instantaneous way, such as choosing to only shop from brands that are concerned with lowering their carbon footprint. However, whataboutism gets us nowhere. As journalist Elizabeth Cline discusses in her thoughtful takedown of the Ethical Consumer in Atmos, to address sustainable fashion in a private, individual way only results in brands and large corporations taking a free pass when it comes to accountability, as well as continued delays in legal reform.

“Individuals need to take action collective to enact systemic change. And beyond that, how can you change the industry if you can’t change yourself?”

Conversely, by constantly bringing up system change when a concerned ally is attempting to highlight how she is making individual changes not only discredits the individual’s work (she may only be discussing one aspect of her activism in these conversations), but also overlooks how individual action and system change can be profoundly intertwined.

Engaging too deeply in the argument of individual action versus system change distracts from the main aim of dismantling exploitative and unjust systems in the fashion industry.

Arguing over whether individual action or system change is more effective only serves to maintain the systems we are trying to dismantle. By creating hierarchies and competition between individual action and system change, we are playing into capitalist ideologies and reinforcing those ideas which we know to be incredibly damaging. The capitalist systems that make up today’s fashion industry are only served by society’s arguing over the ‘correct’ methods of action, as it continues to drive a stake between two groups of advocates who have the same goal in mind.

There’s no doubt that we are in dire need of system change, but individual action can play a vital role in getting that. As YouTube channel host, Imperfect Idealist, puts it, “Individuals need to take action collective to enact systemic change. And beyond that, how can you change the industry if you can’t change yourself?”

This is why Remake partakes in initiatives such as the #NoNewClothes pledge, a commitment made by community members to avoid purchasing any new garments for three months out of the year. The pledge allows for anyone taking it to analyze their own relationship to capitalism and consumer culture, and to unpack what we have often unknowingly internalized from those systems. The pledge is a means by which we can step back, rethink our own behavior, and see if our actions really are in line with our vision of an ideal world.

Once an individual has reassessed their relationship with consumerism, they can move forward and be more conscious in their approach to garments, as well as feel more confident in taking active steps that can lead to real political change — such as advocating for legal reform within the fashion industry.

In conjunction with this individual citizen work, brands are certainly to blame for their sky-high levels of production — but those profit-driven decisions are also fueled by both the real and perceived consumer demand for more new clothes. While brands need to take accountability for the many ills of their manufacturing practices, in the same vein of putting an end to poverty wages, we need to also put an end to the hyper-consumption that is at the heart of our culture.

The rate of clothing consumption has been increasing dramatically for decades, as has clothing production. According to the Environmental Protection Agency, in 2018, the United States produced approximately 17 million tons of textile waste. This extreme practice of overproduction has been caused by a number of things, including a combination of a wider capitalist system and profit-driven decisions on the parts of brands, as well as an increasing demand from consumers that is often fed by powerful marketing tactics within the fashion industry – and the fact of the matter is, both individual change and system reform need to be tackled as a result.

Hauls of brands such as Shein and H&M need to stop, but so do the excess outputs of garments from Shein and H&M. We are currently in a crisis of overproduction, and subsequently, clothing waste that has been caused by a drive for profits and culture fueled by materialism. In 2018, luxury brand Burberry admitted to incinerating tons of excess bags as a way to prevent the market from being “flooded with discounts” and keeping Burberry products from getting “into the hands of anyone who can sell them at a discount and devalue the brand.” Knowing just how damaging to both workers and the environment producing those bags will have been, the resulting fact that some of them end up being burned to preserve exclusivity should be infuriating to the public.

All of the recent improvements to the fashion system have been achieved as a result of citizens taking individual action, which ultimately led to major reform in the industry.

As a parting thought, let’s not forget how individual action can culminate, leading to system change. All of the recent improvements to the fashion system have been achieved as a result of citizens taking individual action, which ultimately led to major reform in the industry. Prime examples are signatories of the #PayUp campaign, social media users pressuring brands on the renewal of the Bangladesh Accord on Fire and Building Safety into the International Accord, and California residents calling in to government officials to demand the passing of the Garment Worker Protection Act. All of these achievements have wide impacts on a systemic level, yet none would have been achieved without the thousands of individuals acting together. That said, it is these resulting system reforms that will ultimately allow for brand accountability and lead the way for the most sweeping changes in the fashion industry in generations.

Simply, it’s not an either or situation, nor does it need to be one.

Keep Up to Date on Our Latest Campaigns