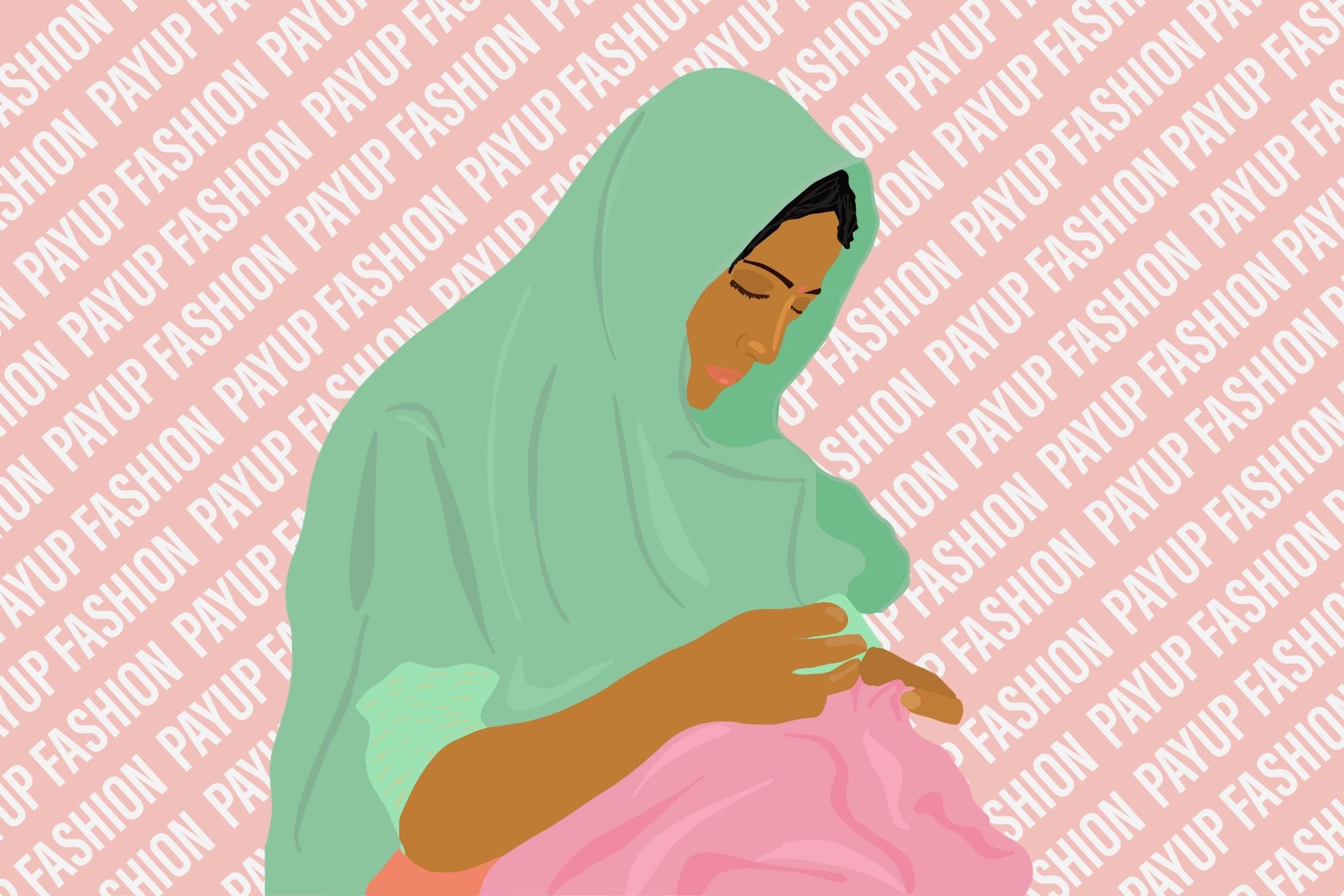 When clothing brands began cancelling orders and delaying payments to their factories in response to the halted sales and store shutdowns during the Covid pandemic, the impact of these lost payments was felt hardest by garment workers whose hands sewed the clothes. If factory owners failed to receive timely—and, in some cases, ANY—payments from big brands, wages to garment workers were delayed or withheld as well.

Brands could look the other way and delay paying for orders because contractual agreements often tipped in their favor. These contractual cushions, however, kept workers who were already struggling to pay for their basic needs to be left without the wages they desperately relied upon to survive. In countries throughout Asia, wages for garment work typically equates to the country’s minimum wage. Yet, minimum wages are often barely enough to stay alive; there is a huge gap between a mandated ‘minimum wage’ and what many human rights organizations define as a ‘living wage.’

A living wage is the amount of money that can meet an individual’s and family’s basic needs—this includes food, shelter, clothing, and healthcare costs. The Asia Wage Floor Alliance calculates the living wage for each country based on three criteria: “consumption units” (or how many individuals need to be supported), the cost of food (based on calories needed to work/survive), and other costs unrelated to food (rent, clothes, etc.). The living wage is also calculated based on a 48-hour work week.

Garment workers in Asia (and elsewhere, too) often earn far below what is considered a living wage. For this reason, delayed payments during the pandemic didn’t just threaten livelihoods, they threatened lives.

In late spring, Remake reached out to the Bangladesh Garment Manufacturers and Exporter’s Association (BGMEA), the Awaj Foundation (an NGO based in Dhaka, Bangladesh) and Garment Diaries to check the status of payments to garment workers in Bangladesh, which is second only to China for garment export. Organizations reported that the majority of factories had paid workers; however, there were still many workers who remained without pay. While BGMEA reported in late April that 2,200 factories had paid workers, many factories were not included in the data — 4,500 factories are BGMEA members. Awaj Foundation reported that 71 percent of workers were paid, but this figure still meant that more than a quarter remained without pay.

“Without the workers, they cannot make the dresses,” Nazma Akter, founder and president of Awaj Foundation, told Remake in April. “Human fingers are paralyzed without food.” 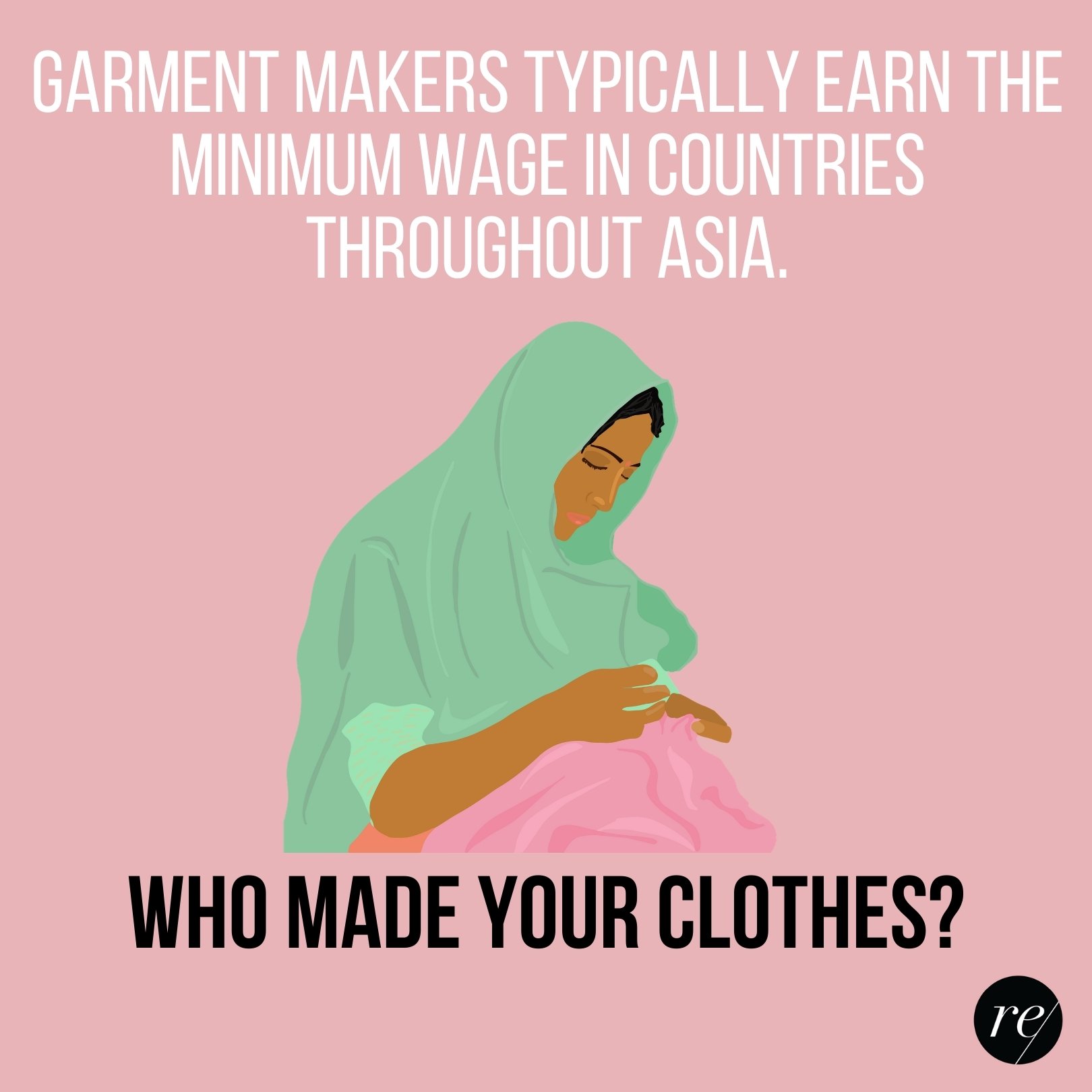 An editorial titled “Financial Hardship of RMG Workers” published in The Daily Star on November 3, 2020 cited a study by South Asian Network of Economic Modeling (SANEM) and Microfinance Opportunities that “…nearly eight percent of garment workers reported that they were unemployed in September, up from five percent in August.” The article also touched on the layoffs and delayed payments faced by garment workers in Bangladesh during the Covid pandemic.

Through the project Garment Workers Diaries, SANEM and Microfinance Opportunities regularly report on a number of economic issues affecting garment workers in Bangladesh, India, and Cambodia. The latest report included data related to illness, cost of credit, job security, digital wages, as well as other issues. In the blog titled “Questions for Stakeholders,” Guy Stuart with Microfinance Opportunities noted the following:

“Food security for workers was at a low for this study in April, when only 3% of workers said they were eating adequate amounts of food.”

Stuart continued, “This metric has improved every month since then, and a high of 54% of workers said they were eating sufficiently in September.” Yet, even though the numbers have increased substantially, there still remains a large number of workers who are reporting food insecurity.

On November 5, Dr. Rubana Huq, president of BGMEA, and Akter were among several panelists to participate in a conversation about the findings of the report and present their own opinions related to the industry and the economic issues facing garment workers, including the issue of a living wage. In a blog post about the panel discussion, Stuart wrote:

“[Akter] noted that support for a living wage needed to come not only from the factories employing the workers directly, but also from the international brands and retailers.”

“Dr. Huq proposed an all inclusive stakeholders’ contribution to the formation of a fund for unemployed RMG sector workers. Currently BGMEA members deposit funds to the central fund for unemployed workers, managed by the Ministry of Labour and Employment. She also noted that the brands continue to squeeze their suppliers for cheaper prices and this puts a downward pressure on wages….”

With the garment-making industry teetering in the wake of cancelled and delayed payments from this spring, the need for garment workers to receive a living wage is as critical now as ever. The potential for a Covid-19 vaccine may help the First World return to some semblance of normalcy in the coming months, but even so, the unreliable minimum wages being paid to makers in Asian countries will keep the women making our clothes living on edge with no chance of accruing savings or financial safety nets until the next time brands decide to cut orders and withhold pay from their factories.

Fashion brands attempt to skew the public eye from the lives and livelihoods of their makers, but every piece of clothing we purchase, every garment we wear, is labeled with the country where that item was manufactured. There is no shortage of data on the internet about garment workers, their wages, and their working conditions. Unfortunately, most consumers never research that tag, and so they never truly understand the wages of workers in that country. Cheap clothing, however, is cheap for a reason. When brands can negotiate low prices for producing their garments, they can sell those garments at a low cost to consumers. The financial savings for the consumer means poverty to the person who sewed the seams.

With this perpetuated and devastating cycle in mind, the PayUp Fashion campaign was started to push fashion towards a transparent future that shares not only annual data on how brands’ clothing is made, but how much their workers are paid. Even once the crisis of Covid-19 has passed, most of the makers of our clothes will still be living off hand to mouth wages unless deep, systemic change can be made in the industry. PayUp Fashion is a call for that change.

Who made your clothes?

Who made your clothes? This is one of the most important questions consumers need to ask. Often, the person who made a garment is a woman in Asia who is earning far below what she and her family need to survive.

Remake compiled wage data from countries across Asia to illustrate the difference between the minimum wage and a living wage. All wages also are converted to U.S. dollars.

*In countries throughout Asia, wages for garment work typically equate to the country’s minimum wage. 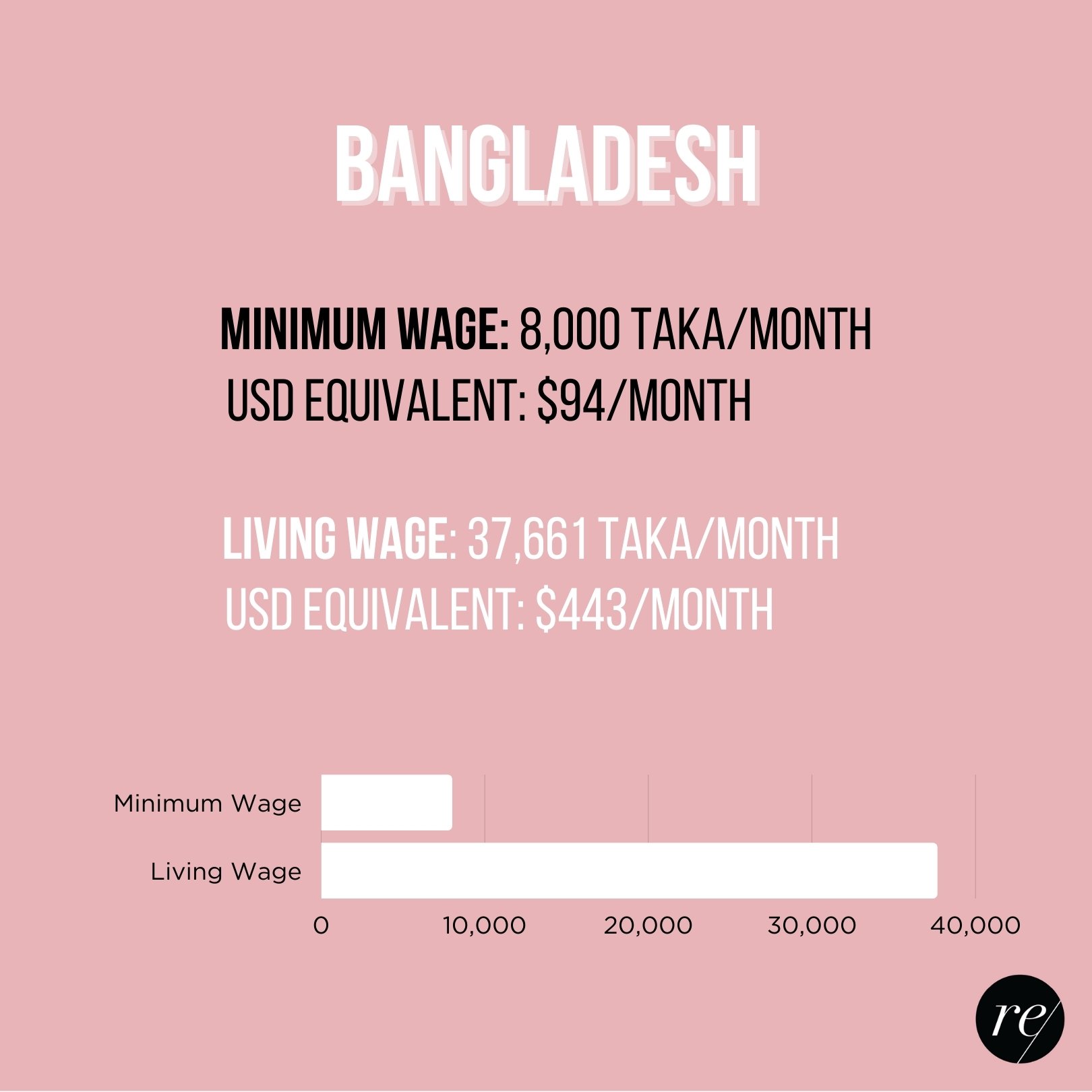 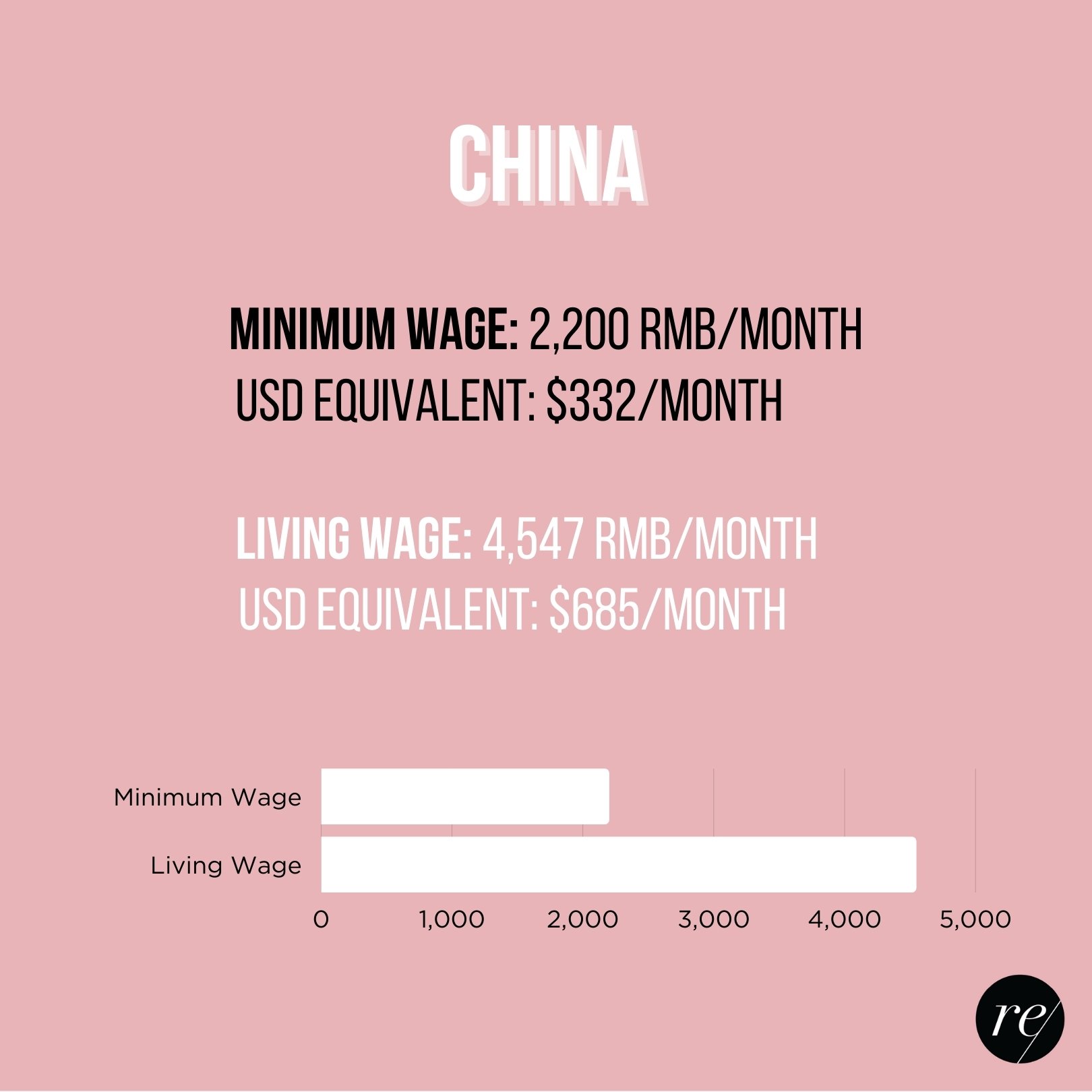 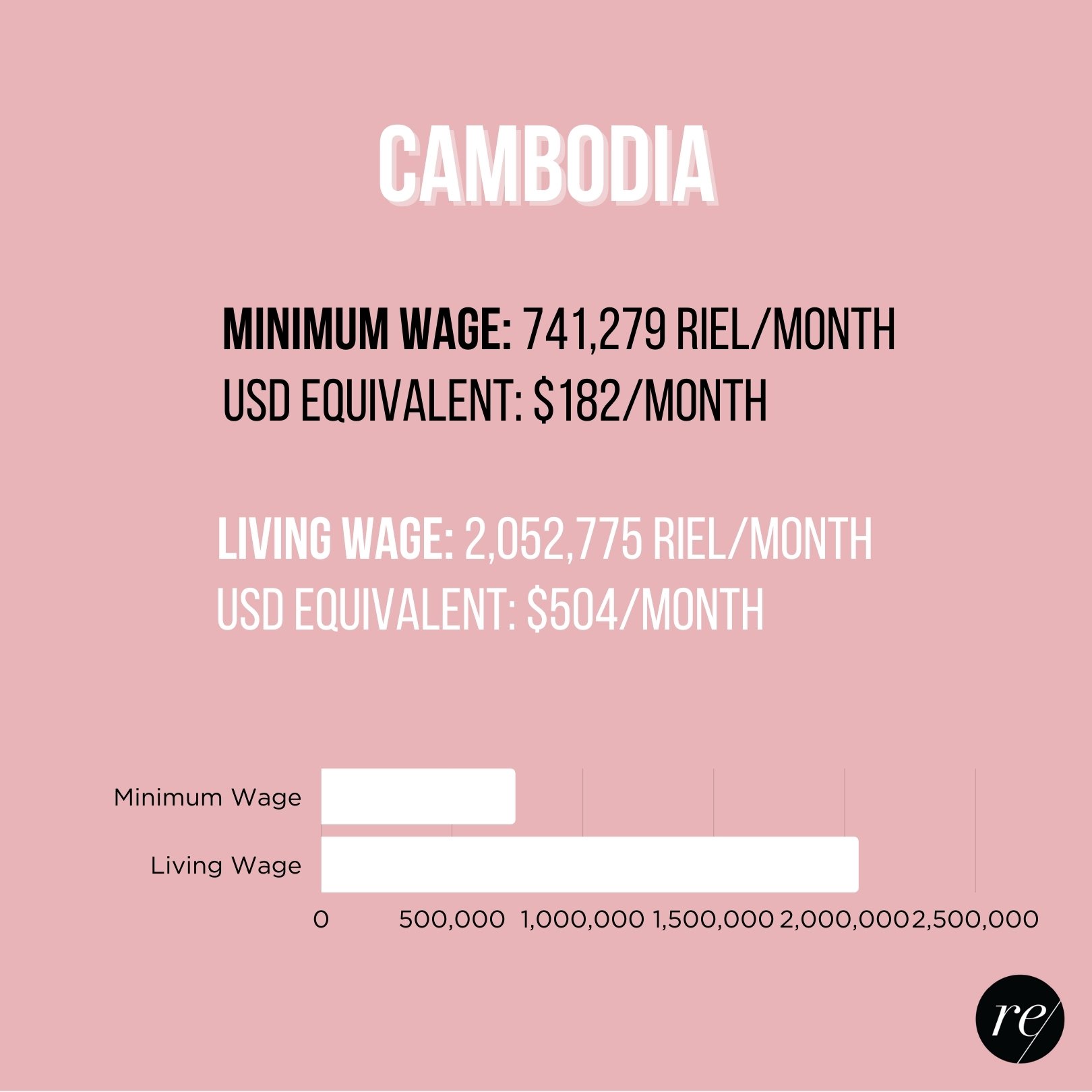 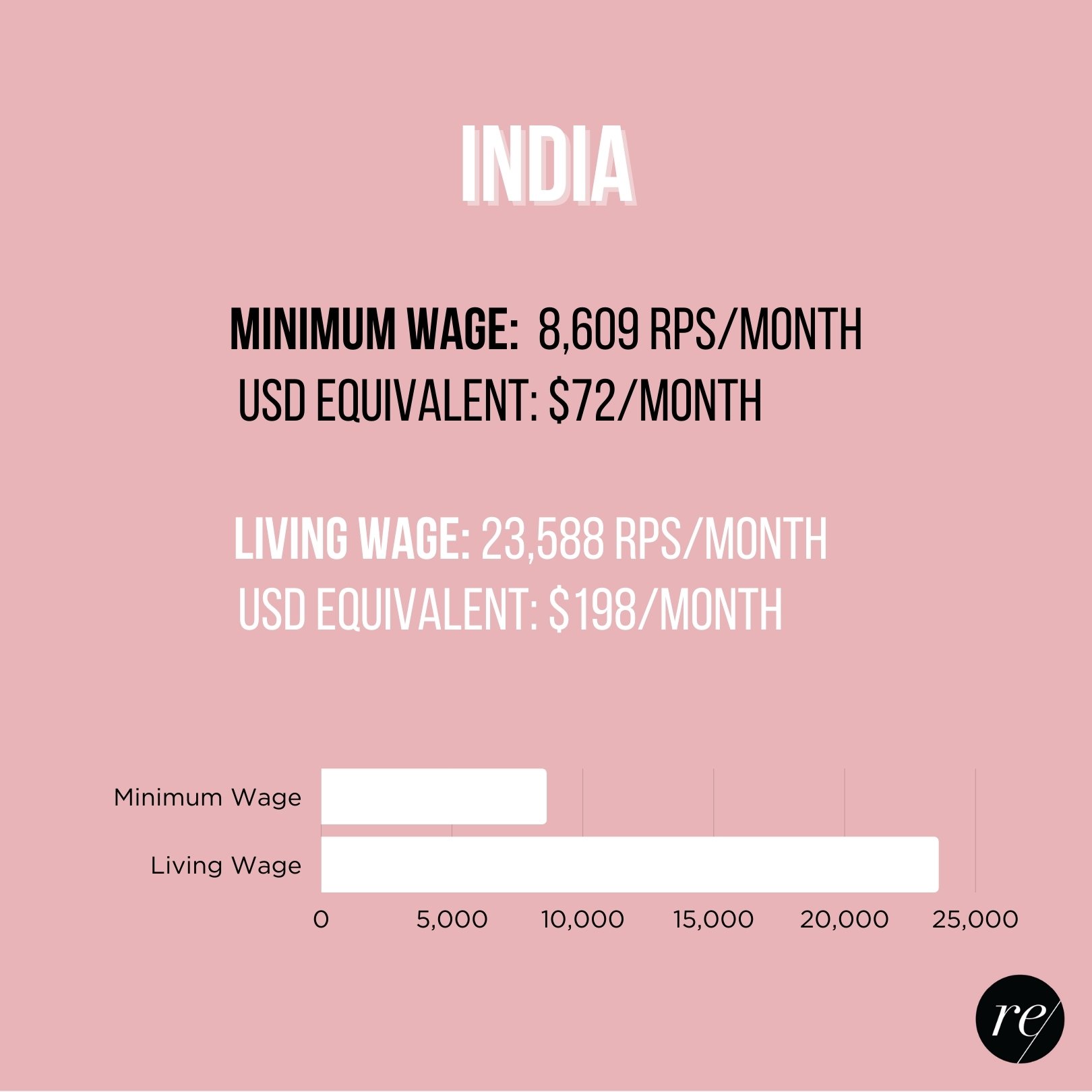 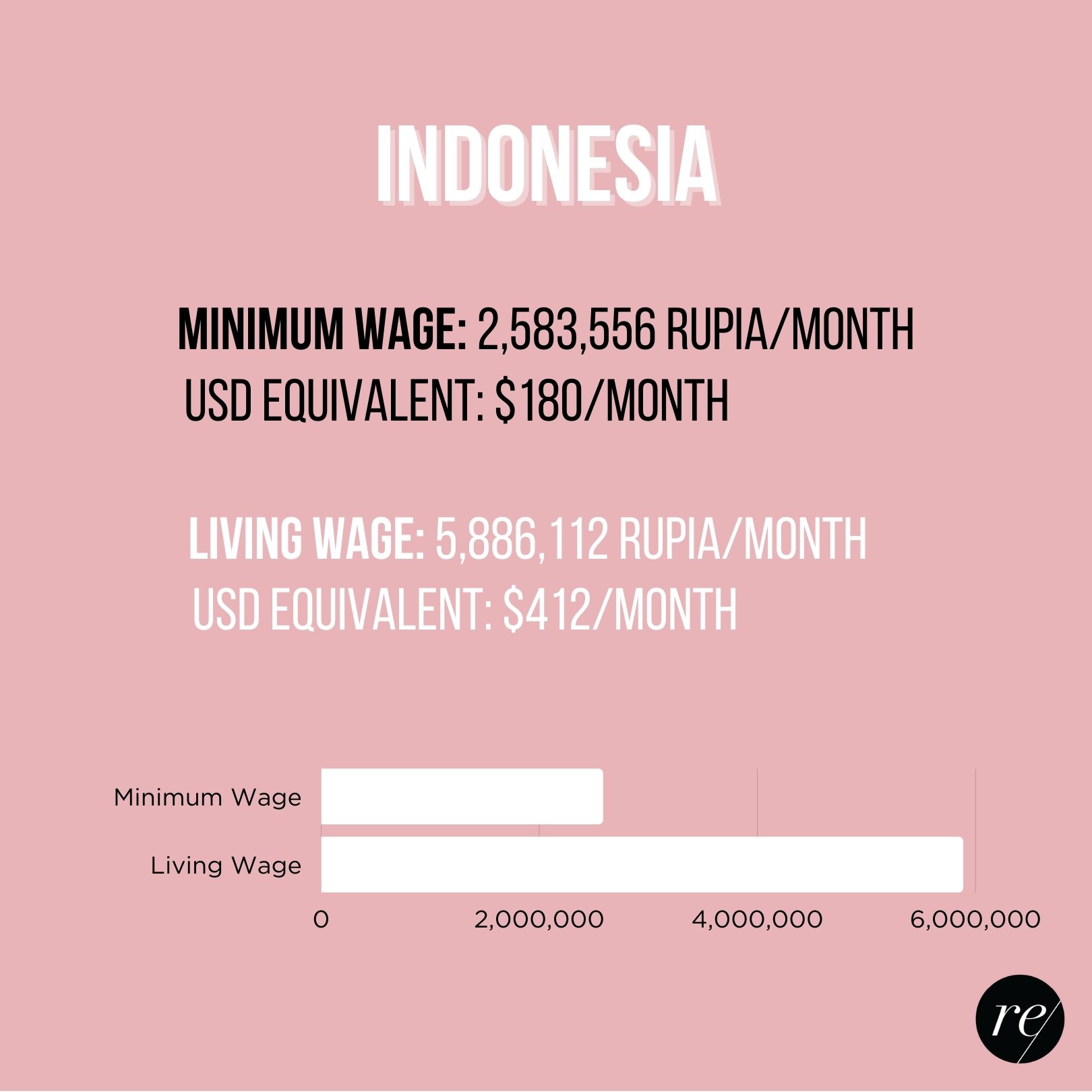 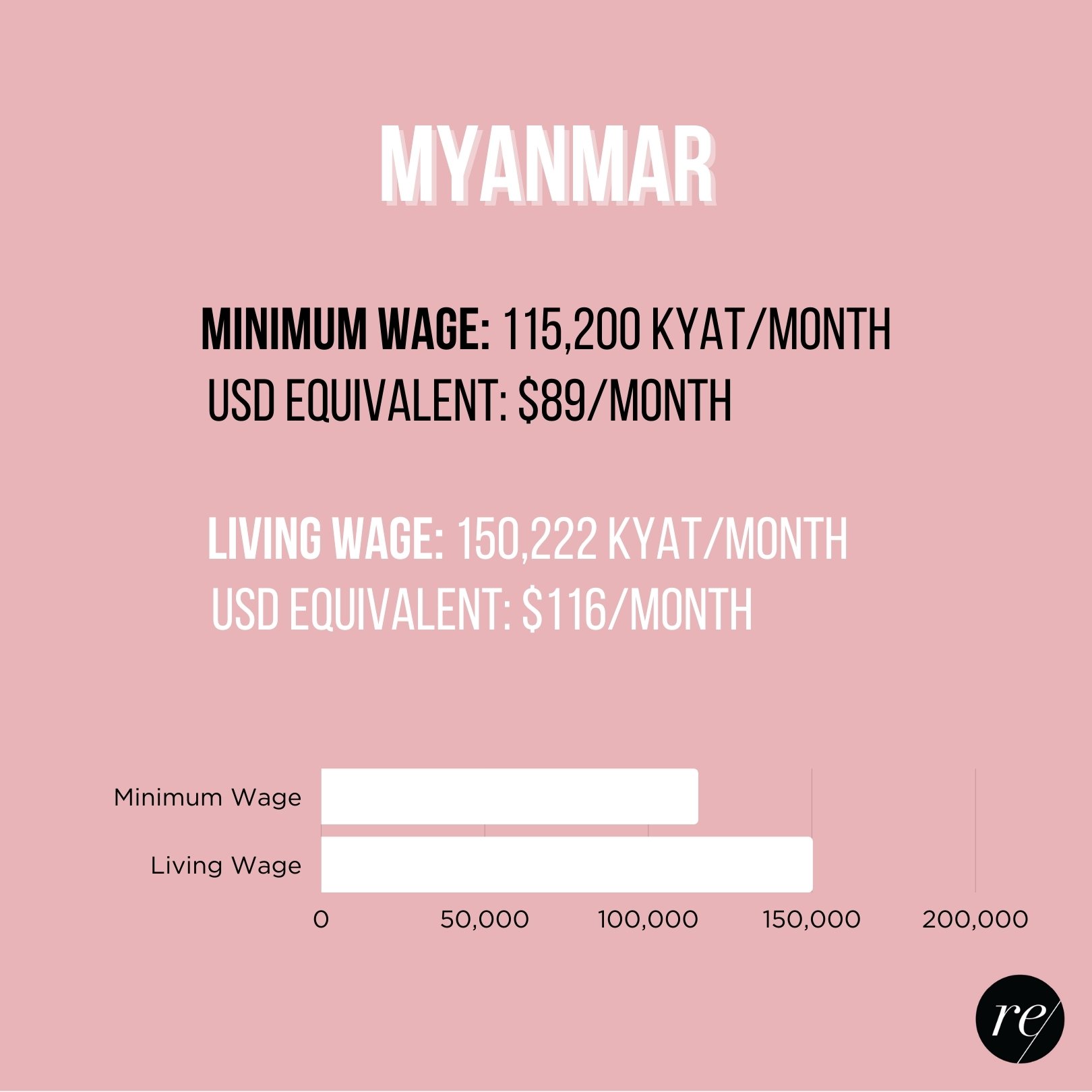 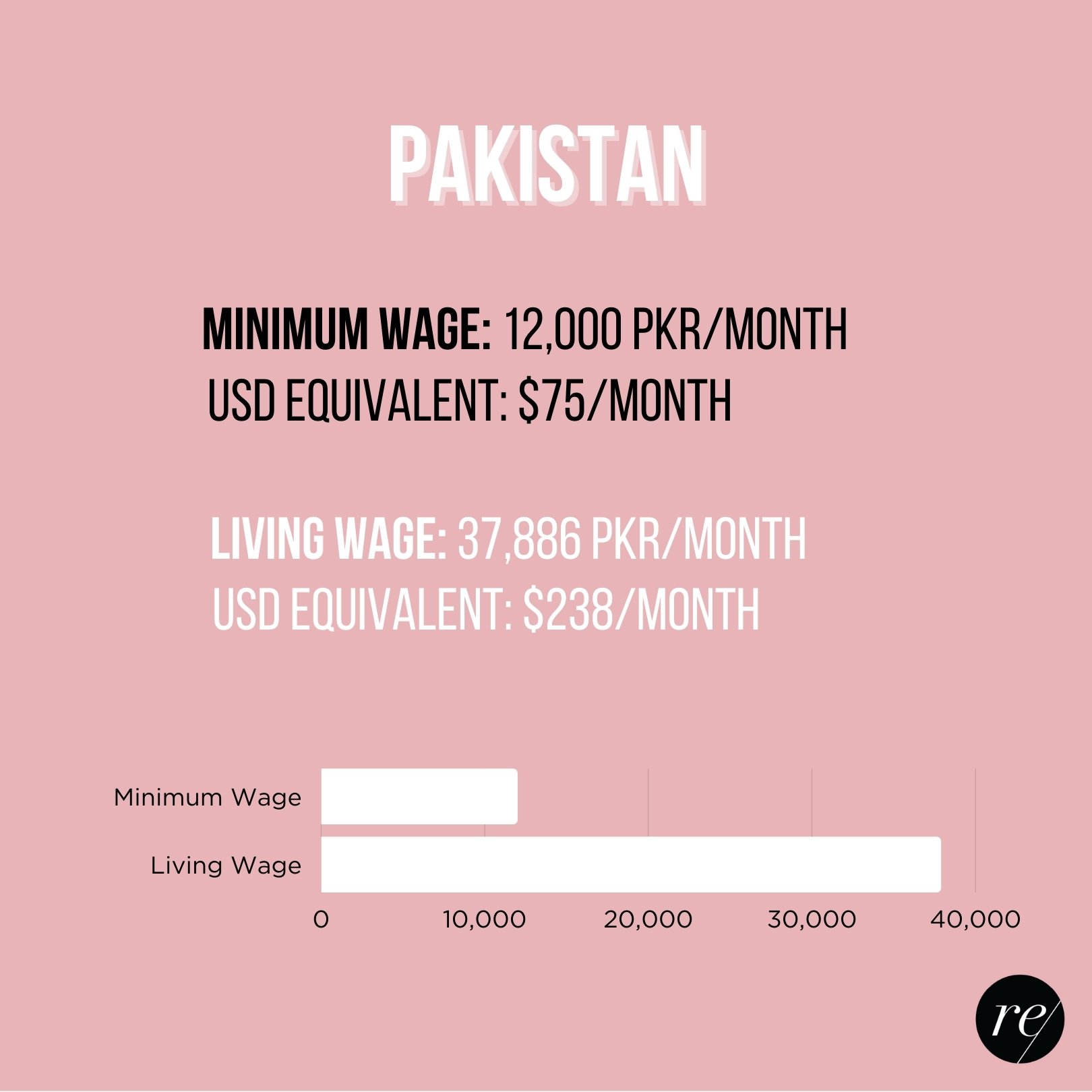 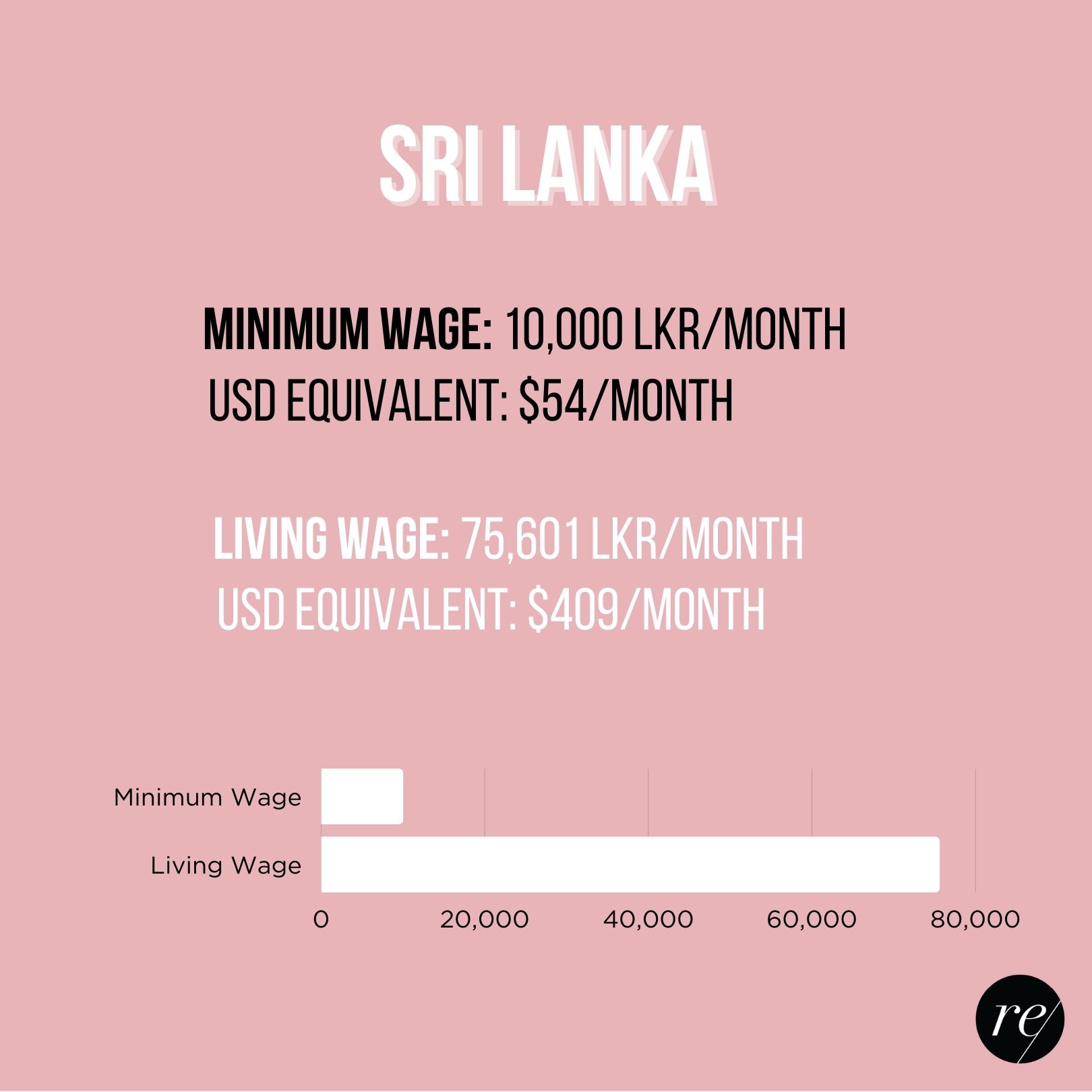 When you look at these numbers, understand what they mean to the individuals who are struggling to afford the basic necessities for their survival. Look closely at labels, because the brand and the country of origin tell a very important story about your garment and the woman making it.