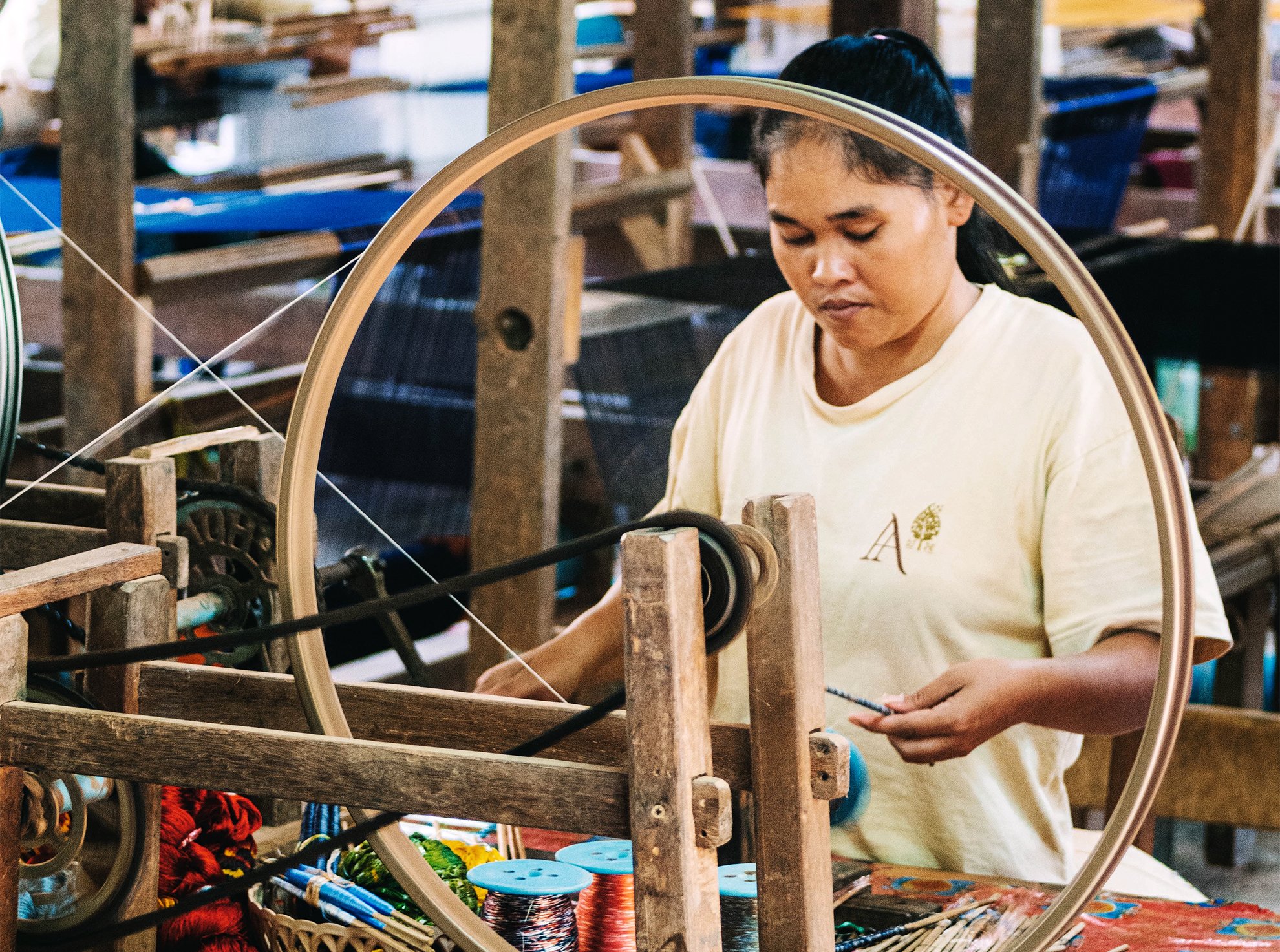 As stores shutter across the globe and brands adjust orders to accommodate for the lack of business, the sudden decrease in sales has created an economic ripple effect in the supply chain of the fashion industry. Those who are at the bottom of the chain — the garment workers — have been left with little to no safety net for survival.

From Asia to Central America, the plight of the garment workers is a common theme in the business of fashion. While their struggles may differ throughout the world, every story highlights the growing need for accountability in an industry that often turns a blind eye to the individuals who serge the seams of prosperity that keep brands from unraveling.

The financial devastation of the coronavirus pandemic has left panic in its viral wake. As big brands are delaying payments and leaving invoices overdue, garment workers are left worrying about when or if they will be paid. Stephen Wishart, the Central America Director for Solidarity Center, shared with us the current conditions in Honduras, where garment workers are facing limited paid time off during factory shutdowns. The maquila workforce in Honduras accounts for more than 100,000 jobs in the country: 98,000 in the textile/garment sectors and 17,700 in the automobile harness industry. For many of these workers, time is running out.

Maria-Elena Sabillon, a labor rights attorney and program coordinator for Honduras at the Solidarity Center, shared information gathered from workers represented by FESITRATEMASH-CGT and FITH-CUTH. Sabillon said that the concern for the maquila workers in Honduras was how to stay afloat as factories remain closed. Labor unions negotiated two weeks of paid time off during the crises, which was a major victory for workers. Those two weeks expired as of Friday, March 27, however, and negotiations for a resolution are ongoing. Sabillon said that workers may need to use vacation time to ensure that the time off would not be unpaid. Maquila workers also could decide to strike.

“The vast majority [of workers] are not accepting the decision to draw down vacation time,” Sabillon said. “Everybody is in a great deal of uncertainty.”

As workers ‘draw down’ their vacation time, Sabillon noted that these days may pull from 2021, leaving workers with no vacation days for that entire year. There also is the uncertainty about how many garment workers in Honduras will be impacted. Negotiations occured between the heads of maquila unions with the maquila employers association, focusing on ensuring workers continue to receive pay while factories remain closed. Currently, individual unions and factories are negotiating.

“The ask is that workers receive a salary even if it’s not a full wage during the quarantine,” said Sabillon. “There should be funds from the government for workers who have to stay home.”

While unions in Honduras are trying to negotiate fair wages while factories remain closed during the pandemic, in El Salvador maquila workers are in a battle against unemployment. According to Wishart, 70,000 El Salvadoran maquila workers are employed in the garment/apparel sector.  As factories closed across the country, many workers were provided with a severance package and left with the understanding that their jobs were gone. This practice is common and is a way that factories may engage in union-busting.

“In the short term, there is not a lot we can do,” said Norma Hernandez, Program Coordinator in El Salvador for Solidarity Center, who shared information from workers represented by FEASIES. “We are trying to open a dialogue with the Labor Ministry.”

While many maquila workers are facing unemployment, there has been help from the government to provide them with a financial safety net and a bit of hope.

“The El Salvador government has authorized payments of $300 to low-income families,” said Hernandez. “This will help keep families afloat.”

Eventually factories will re-open in El Salvador and around the world. Yet, the continuity of business as usual has been disrupted because of the threat of Covid-19. In an industry that relies on constant production, the long-term effects of this dramatic halt could have a serious impact on the daily working conditions of maquila workers throughout Central America. When factories resume production, Hernandez said that the worry is that the expectations and demands from workers may be higher as brands will need to make up for lost time…and lost profits.

In other parts of Central America, some factories are still producing, perhaps to the detriment of workers’ safety. Wishart stated that in Guatemala at least eight factories remained in operation. The conditions of these factories vary. The maquila workforce in Guatemala includes 68,000 garment workers.

The factories that have shuttered in Guatemala, however, are following a similar pattern as in Honduras, Wishart noted. Those that have closed are allowing workers to use vacation time as a means to continue to get paid. Like workers in Honduras, though, that paid time may be limited. 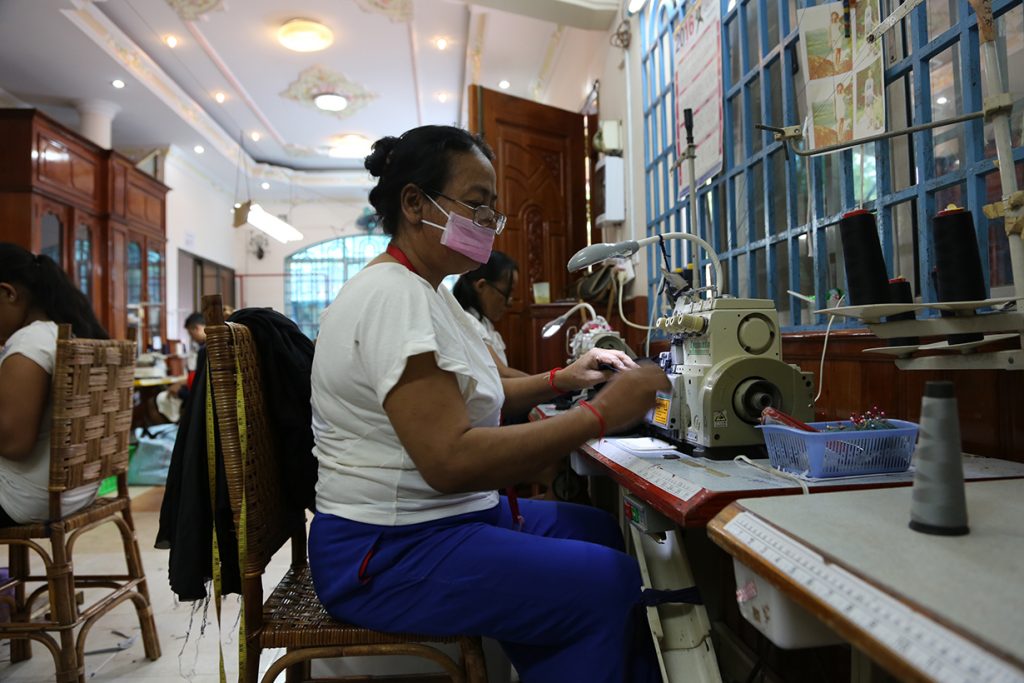 Garment factories in Asia have also been impacted by the sudden economic halt created by the Covid-19 crisis, and all the stories echo a similar theme of financial devastation. In Bangladesh, garment workers are facing the threat of receiving no payments for their work. Brands are slashing orders and delaying payments on invoices, and millions of workers are affected.

“Brands and retailers are postponing the delivery of completed garments from the current orders which have already been produced by apparel factories,” said Mostafiz Uddin, owner/operator of Denim Expert, Ltd. “Furthermore, they are telling the manufacturers not to cut fabrics and process other raw materials which the manufacturer has already imported or stored for the current orders placed by their clients, which has hit the factories hard. According to the latest data, 880 apparel factories faced order cancellation/deferment so far on 777.5 million pcs of goods which worth US$ 2.46 billion and affecting around 1.79 million workers.” These numbers continue to grow.

As many garment workers live on small wages that barely cover their living costs, the impact of delayed wages—or no wages—would be devastating. While the Prime Minister announced a stimulus package that would help provide a bit of financial relief, Uddin noted that the package is inclusive of all export industries—not just the garment workers. This means that funding will be stretched across sectors, and the relief might not be enough.

Uddin is urging brands to take ownership by providing timely payments to factories so that workers don’t suffer financial devastation.

“Here brands and retailers should come forward and act responsibly as the apparel factories of Bangladesh have been serving them as a trusted partner for a long time. So instead of cancelling orders which some brands and retailers have resorted to now, they should take all the goods which are currently on production floors in different stages (cutting, sewing, finished, etc.) and make full payments for those as per contract,” Uddin stated. “And for the orders against which fabrics are in house but not cut, and which were supposed to ship in three to fourr weeks time in a normal situation, buyers can pay at least CM (cost of making goods) price so that the factories can pay the salaries of their workers. Furthermore, the buyers should pay promptly for any orders instead of — in some cases — actually extending their payment terms. Prompt payment is vital for the factories at this moment for cashflow.”

In many parts of the world, there is no clear answer as to when shelter-in-place orders will be lifted and businesses can return to normal. As weeks drag into months, garment workers who are forced to ‘draw down’ vacation time could be faced with no income. Others. Who don’t even have this option, will be hit the hardest. If invoices remain unpaid by brands, this could wreak havoc on millions of garment workers across the globe.

Meanwhile, the brands and companies that have relied on the labor of garment workers for decades remain mostly silent, distancing themselves from accountability and closing off the borders of best practices. H&M has been one of few brands to take accountability (the company has promised to pay outstanding invoices, which will allow workers to receive their wages). Eva Argueta, who led collective bargaining efforts for maquila workers in Honduras, has been vocal that workers should not have to bear the brunt of the financial impact.

If and when other major brands take responsibility for the ripped seams of their supply chain is still an unknown. Discussions are ongoing, strikes may be imminent. In the meantime, garment workers are left to fight for their jobs, their wages, and their survival.