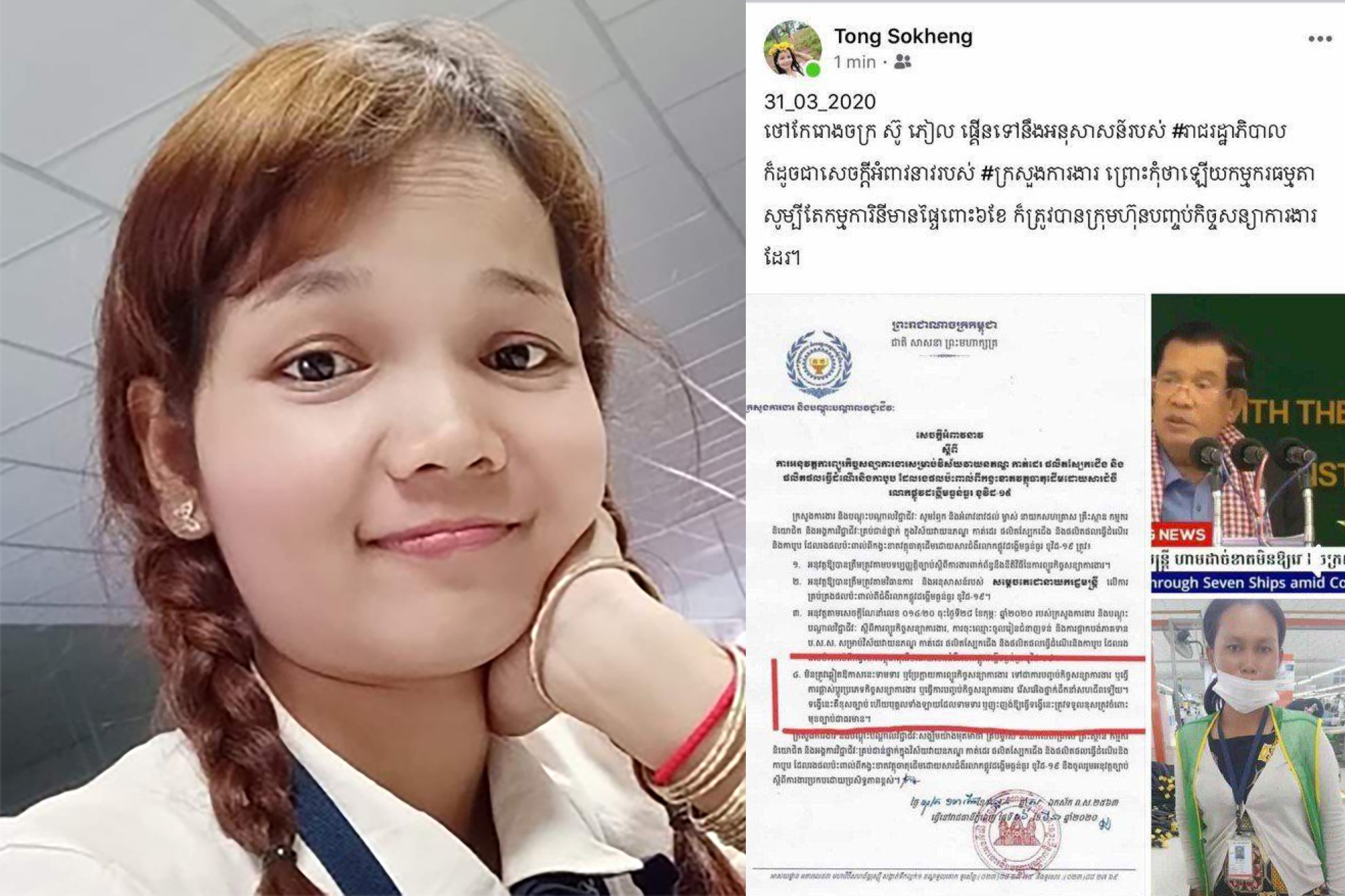 5/28 UPDATE: Soy Sros has been released from jail; however, according to her lawyer, she is still facing prosecution on charges with a potential penalty of up to 3 years as a direct result of the criminal complaint brought against her by the Michael Kors and Kate Spade supplier, HK-based Superl Holdings. The court document releasing her makes clear that the basis of the charge is her Facebook post criticizing the company.

As multi-billion dollar fashion brands refuse to pay their suppliers during the Covid-19 pandemic, social unrest has begun to erupt in countries like Bangladesh, Cambodia, and Myanmar. The has led to retaliation at the factory level against garment worker activists whose only hope rests in speaking up for unpaid wages. In the streets of Bangladesh, garment makers are protesting shoulder to shoulder; while a Cambodian garment maker has been jailed for merely writing a Facebook post.

Soy Sros is a garment maker currently being held in one of Cambodia’s most notorious prisons. Her crime? On March 31, Sros shared a Facebook post standing up for her six month pregnant coworker, Sin Lakea, whom their shared place of employment was trying fire. In the Facebook post, Sros observes how the garment factory’s plan to terminate workers contradicted government labor authorities guidance.

With the arrival of Covid-19 in Southeast Asia, Cambodian factories were instructed to temporarily suspend workers with reduced pay rather than dismiss them in full. Superl Ltd., the factory for which both Sros and Lakea work, had planned to terminate 100 employees (including six month pregnant Sin Lakea) — after Sros’ Facebook post, the factory abruptly rescinded the planned terminations and pressed Sros to remove her post, which she quickly did.

However, on April 2, Sros was charged with the offense of “incitement” and jailed by the factory management who labeled the Facebook posting as “fake news.” It’s possible that Sros could end up spending up to three years in prison because of the “incitement” charge — the severity of which is unreal and would be devastating for the single mother’s two sons, ages five and eight. Since April 2, Sros has remained in Kampong Speu prison where her health is quickly deteriorating.

Despite appeals from worker rights advocates and inquiries from journalists (including the New York Times), owners of the Michael Kors, Jimmy Choo, Versace, Kate Spade and Coach luxury brands have remained quiet while Superl Holdings, the owner of Cambodian factories making their handbags, will have had the Cambodian garment maker jailed for two months by June 2.

For Sros, the situation is dire. Luxury brands like Kate Spade and Michael Kors have the power and political sway to help free her, making their decision to remain mum all the more abhorrent.

Write to Michael Kors, Jimmy Choo, Versace, Kate Space, and Coach to demand the criminal complaint against Sros be withdrawn.