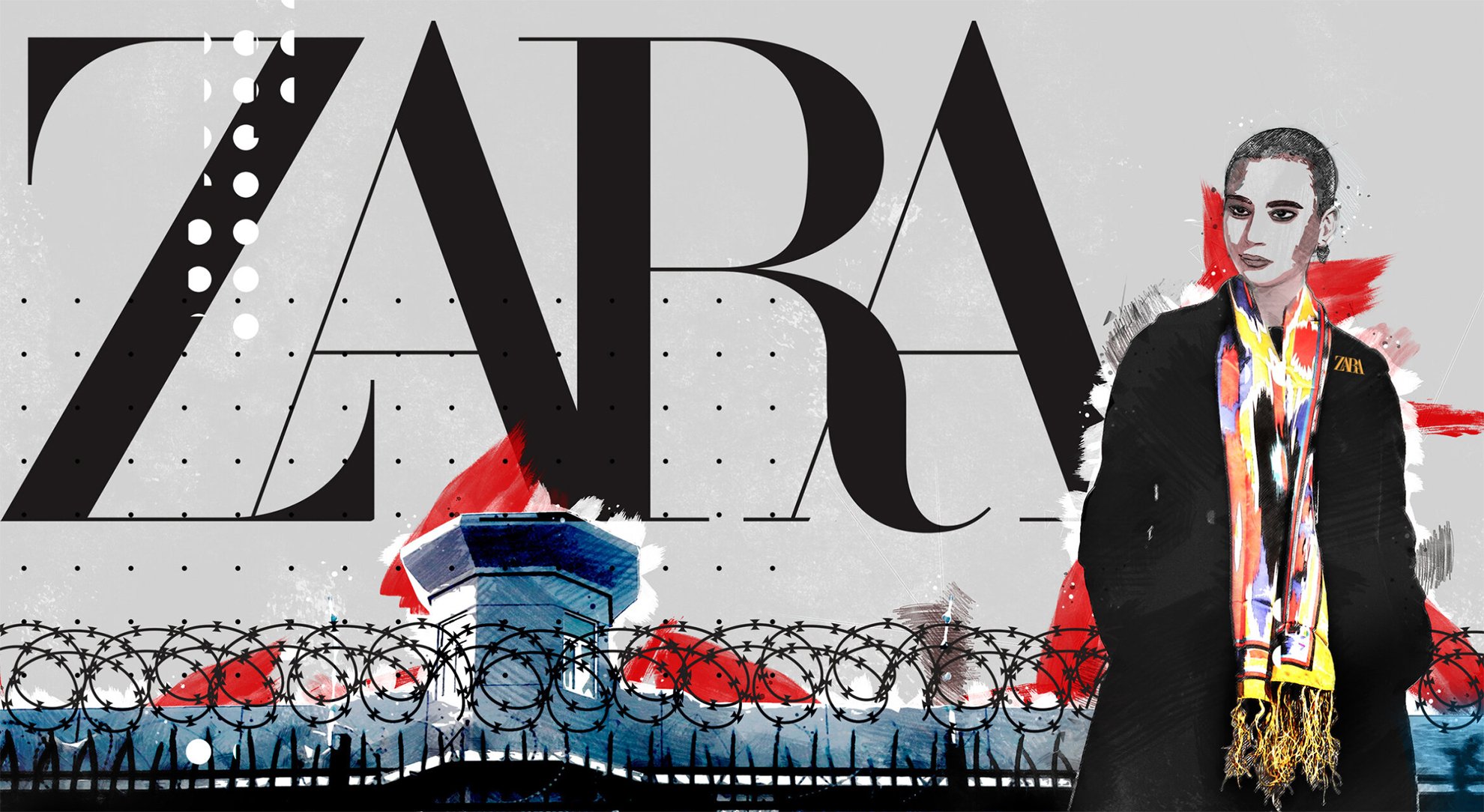 Deep inside a Chinese factory, an Uyghur woman hunches over a sewing machine, finishing the last stitches of a jacket while her hands tremble to sew on the final button under the penetrating gaze of the guard. Around her, workers are lined up in rows, each moving mechanically under the steady hum of the sewing machines, no one daring to pause or look up from their work. Chinese symbols fill the room with flags hovering over each station, almost as if taunting the Uyghur and Turkic workers, reminding them every time they look up whose authority they are under. This is no ordinary factory.

Thousands of miles away, a young woman — just like me — is about to checkout at Zara and become the new owner of the jacket. She, like millions of global consumers, is blissfully unaware of the horrific stories her jacket carries from its last home, the Uyghur forced labor camps.

This Cyber Monday, take a moment and consider this before you click “add to cart”— sewn between the fibers of your clothes are the very tears of those exploited to make them.

Since late 2016, the Chinese Communist Party (CCP) has arbitrarily detained over one million Uyghur and Turkic people in concentration camps.

In recent years, there is a growing body of evidence — including witness accounts, satellite imagery, and leaked government documents — of the CCP’s efforts to destroy the Uyghurs’ ethnic and religious identity, not only through mass detention, but also through forced labor and forced sterilization, among other grave human rights abuses.

Earlier this year, the Australian Strategic Policy Institute released a groundbreaking report disclosing that nearly 80,000 Uyghurs were uprooted from their homeland into mainland China to work for manufacturers that are part of the supply chains of more than eighty global brands — including Zara’s parent company, Inditex. It also extensively details the deplorable conditions, excessively long hours, predatory supervisors, and discriminatory practices that take place at the facilities. Over a hundred human rights, labor rights, and Uyghur advocacy organizations around the world are organizing against Inditex and other companies that refuse to acknowledge the overt enslavement in their supply chains.

Zara is clearly contradicting itself in an attempt to elude accountability. Ultimately, the only way for Zara to ensure it’s not aiding in any more human rights abuses is to sign the End Uyghur Forced Labor Coalition’s Call to Action. By not signing this call to action, Zara is complicit in forced Uyghur labor, and as an extension, so are its consumers. With every mindless card swipe and each wear of clothing from these global brands, the memory of the Uyghur workers fade, any lingering thoughts of responsibility sanitized from our minds.

As young consumers, we need to question our own roles in the fashion industry’s normalization of exploiting and abusing marginalized groups for commercial means. While we are not directly contributing to human rights abuses, we continue to support the very system that capitalizes on the injustices faced by the Uyghurs through our own consumption.

As Zeynep Aydin, an Uyghur student based in Germany, eloquently puts it, “Zara was once my favorite fashion brand, perfectly tailored for young women like me who felt like they could express themselves through its unique style. But putting these clothes on now feels too heavy a weight on my shoulders, knowing that the fabric on my body was tailored with the tears and involuntary labor of my own people.”

Through Free Uyghur Now, students all around the world are pledging to stop purchasing from Zara until the company takes considerable action to end forced labor in its supply chain, and we ask you to do the same. We are participating in the Forced Labour Fashion Week-of-Action to hold Zara and apparel corporations accountable for Uyghur rights.

We owe it to the Uyghur people to ensure not another piece of clothing is sold without the acknowledgement of the stories it holds, and without the freedom of the people behind its threads.

Stop Zara from Profiting off of Forced Labor

Tasnim Benalla is the Co-Executive of Free Uyghur Now.