Over the past few months, allegations have been made regarding Everlane’s union busting and greenwashing tactics. After collective action and growing media pressure, we’re proud to share that Everlane’s customer experience workers are unionizing and Everlane has responded with a renewed mission for improved working conditions.

In December, Everlane issued the following statement to Vice:

“We believe in transparency and the right of all of our employees to be heard. We missed the mark in this instance, and regret that. We need to do a better job communicating with our remote team and offering them more opportunities. We are working quickly to improve their experience, including offering full-time roles and creating a clearer path for continued conversation. We’re working to do better.” 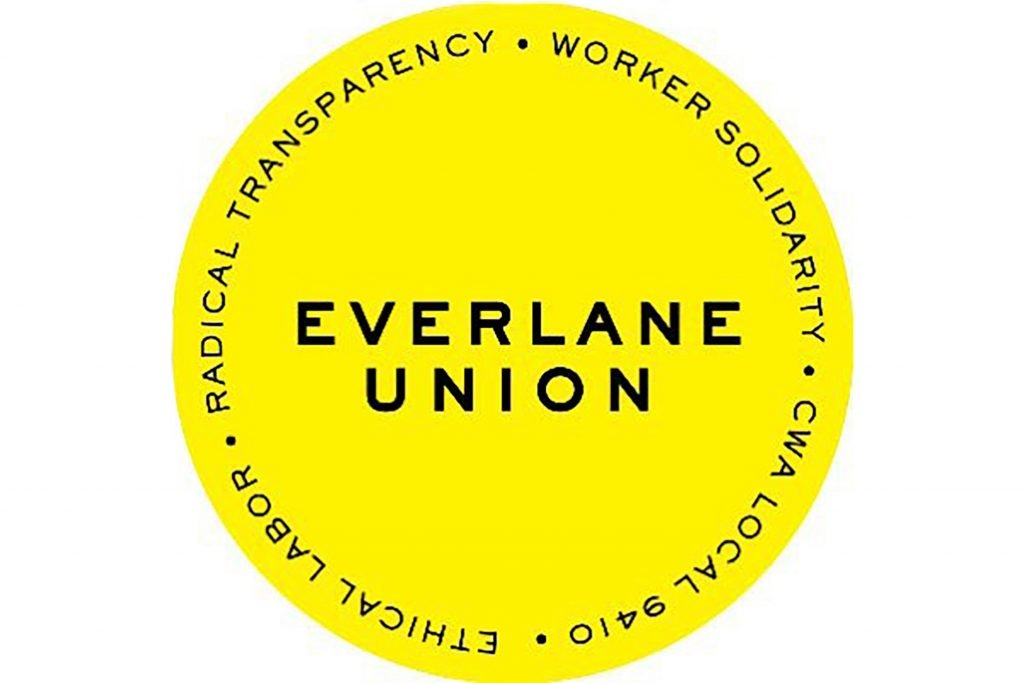 A group of remote CX [customer experience] staff formed the Twitter handle @EverlaneU, with 630 followers, in December. With increasing recognition, Everlane’s unionizing employees have made headlines in publications such as HuffPost.

On its logo, @EverlaneU identifies as part of CWA [Communications Workers of America] local 9410, a San Francisco-based union representing workers in telecommunications and information technology, among other fields, according to the union’s website.

In the @EverlaneU’s mission statement posted on Twitter, the coalition calls for “fair compensation for [their] contributions, the flexibility to balance a second job, family commitments, or [their] education, and a clear path forward for professional development.” The group encourages the company to reevaluate how its self-proclaimed social-driven mission can better support its own labor force.

On the day of its inception, @EverlaneU posted a series of Tweets that highlight its objective in unionizing for a more equitable work environment. @EverlaneU tweeted its hope that the union will exemplify the brand’s “commitment to making the world a better place” through ensuring the team’s “adequate compensation, protection and support” via “collective bargaining.” 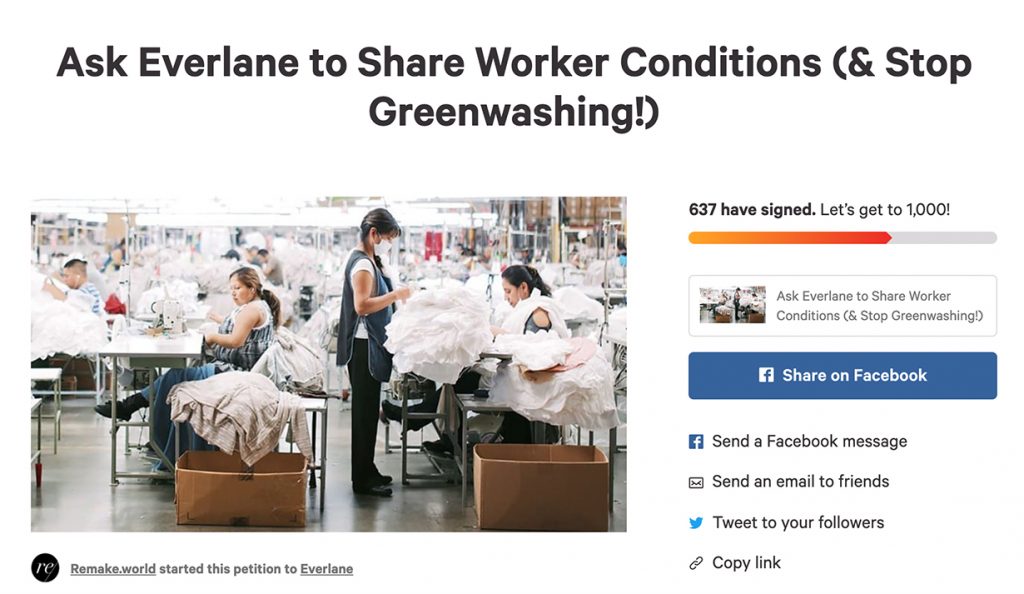 While Everlane’s public statement is without a doubt an enormous victory for those of us petitioning Everlane, there’s still more work to be done.

Remake started a petition on January 17 to “Ask Everlane to Share Worker Conditions (& Stop Greenwashing!). In just one month the petition has garnered over 600 signatures, asking Everlane to stop greenwashing and share more information on its makers’ conditions.

We’ve seen that Everlane was responsive to the allegations of its union busting, and now we’re asking that the brand comes clean about its ethics and sustainability tactics. Help us push for change — sign the petition and join us in getting Everlane’s attention.

Victoria (Tori) Tully is a Remake ambassador passionate about women’s health and human rights in fashion. Currently, Tori works at the New Orleans Regional AIDS Planning Council. She graduated from the University of Maryland with dual degrees in Global Health & Development and Medical Anthropology. During college, Tori spent two winter breaks in Port-au-Prince, Haiti, where she was introduced to ShareHope and sustainable fashion. Follow her @toritully on Instagram and @VictoriaFTully on Twitter.