Whether you’re shopping or looking through your closet, you’re bound to find a “Made in Turkey” label. Wonder who made it? A recent report from the Guardian finds, that favorite tee of yours may have been made by a Syrian refugee child! Shocking right?!

You’ve likely seen the heart breaking news of Syrian refugees attempting to escape the conflict and starvation. Millions of children have been forced to quit school and face abuse and exploitation.

According to the UN there are 2.3 million registered Syrian refugees living in Turkey, with about 9% of them in refugee camps. Turkey’s policy has been to treat Syrians as “temporary guests”, with no right to work, so refugees can only work illegally.

An expert from the Centre for Middle Eastern Strategic Studies has suggested around 250,000 Syrian refugees are working illegally in the country, with a recent Human Rights Watch report noting that child labour is “rampant”.

“On this weekday morning most Turkish children are in school, but this Syrian boy is busy supplying the 15 sewing machines producing clothing mainly destined for the European market. Shukri, a Syrian Kurd who fled with his uncle from Qamishli in northern Syria 10 months ago, often works 60 hours a week earning 600 Turkish lira ($200) to help support his family.”

“I can’t go to school here because of work,” he says, “but I will go back to school when we return to Syria.”

“The factory’s supervisor agrees that 12 years old is very young to be working so many hours, but shrugs off responsibility. “It’s not our fault that they need to work,” he says, “the state failed to provide for them.” 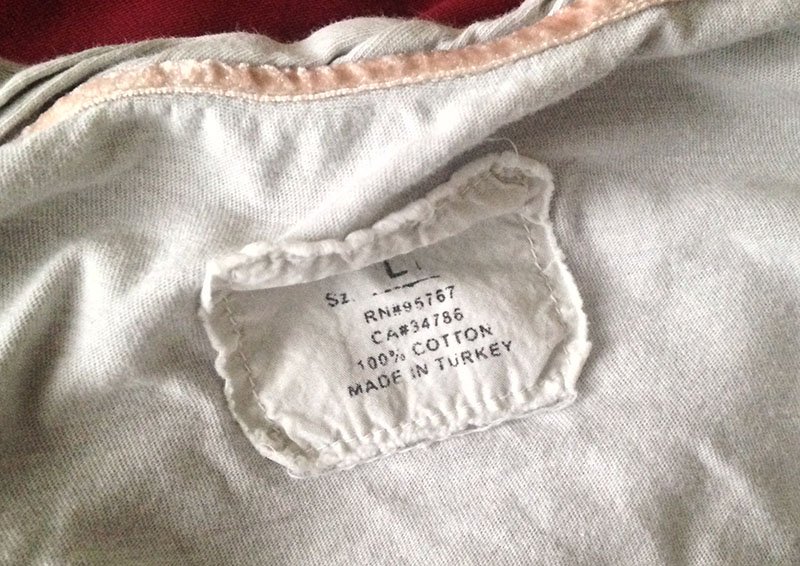 Brands would be well served to understand where in their supply chain there are refugees and to work with their vendors and the Turkish government to build in better protections.

And we as the Remake Community in seeing a Made in Turkey label can ask, online or in the store, “Who made it? What are their lives like?”

Jacob Acueza is a recent Communications grad from San Francisco State University who is passionate food, fashion, social media and music. A native San Franciscan, he enjoys running at Bernal Heights Park then stopping by El Farolito for a post-workout burrito. Jacob is also a part time wedding/background singer with his vocal group Ja Ronn & F.L.O.W.