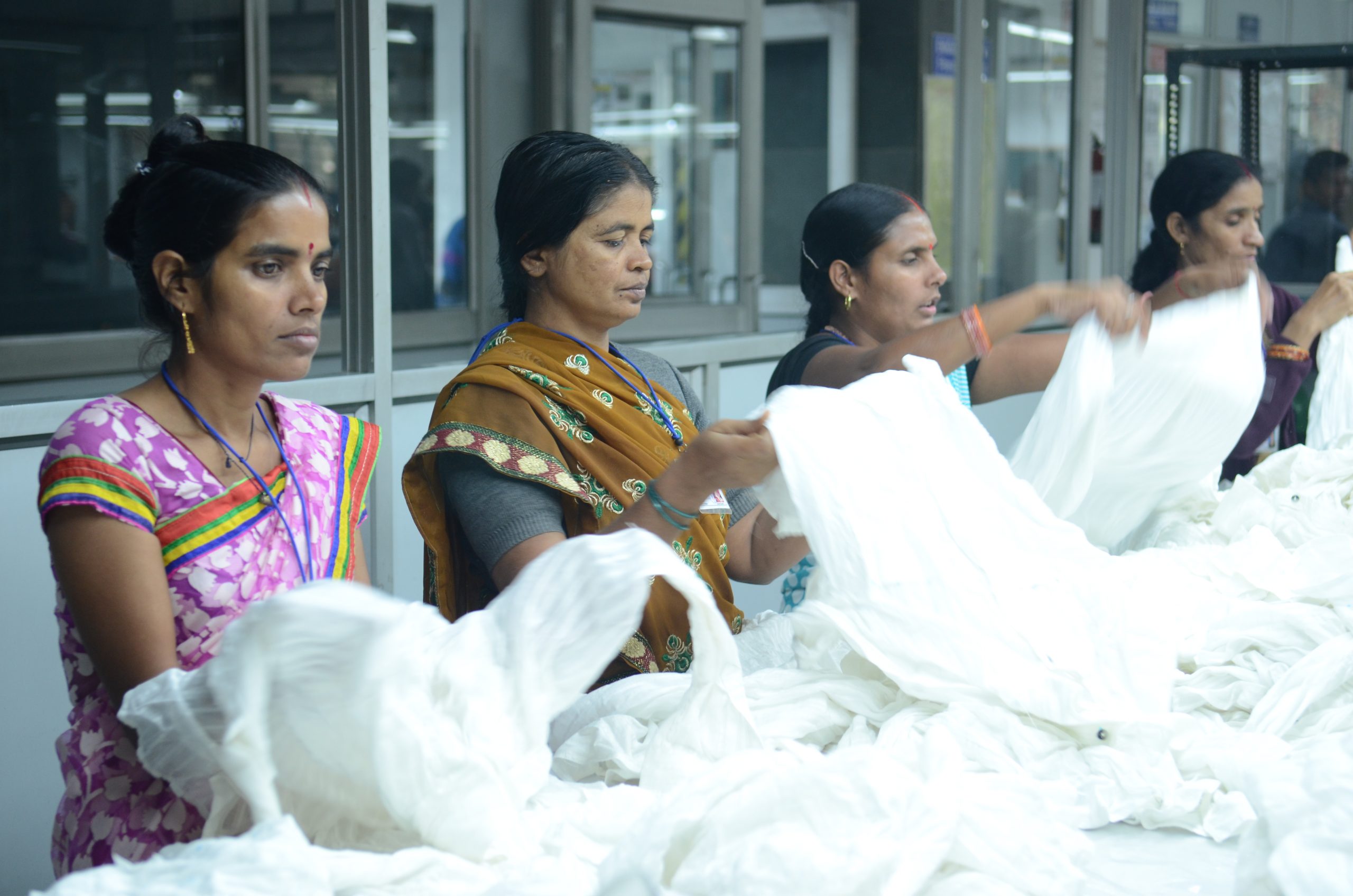 The global halt of retail sales has prompted fashion brands to tighten purse strings, delaying or even cancelling payments for completed and in-production garments to contracted factories, and subsequently, the millions of women making their clothes. Outstanding payments from brands have caused a disastrous domino effect that threatens to impoverish the predominantly female apparel-making workforce.

These women remain largely unseen to consumers who have been conditioned to embrace the cheap price tags on clothes while ignoring the very high and very real human cost of their fashion statements. Understanding the devastating financial impact that these women now face, Remake launched the #PayUp campaign to put pressure on major brands to pay outstanding invoices.Our push for payments has made a positive impact: suppliers are reporting that garment workers are being paid.

Remake spoke with Awaj Foundation, the Bangladesh Garment Manufacturers and Exporters Association (BGMEA), and Microfinance Opportunities to obtain data regarding cash flow into the hands of garment makers.*

Nazma Akter, founder and executive director of Awaj Foundation, spoke to us about the grim economic consequences of delayed payments, sharing details about the prevalence of these late wages. Akter explained that many factories had fired workers and that tenured employees (those who had worked at the factory for a year) were reporting wages had been cut in half. Awaj also found that some factories had few safeguards in place to protect workers from the spread of Covid-19. Many workers whose wages were impacted were single mothers, and with the high cost of living, Akter explained that survival would be difficult. “Without the workers, they cannot make the dresses,” Akter said. “Human fingers are paralyzed without food.”

“In terms of payment amounts, there was considerable variation in how much workers were paid and how much that varied from what they were normally paid last year,” said Stuart. However, the data revealed that most workers reported that they had been paid. Some workers even reported that their wages were higher this month than what they earned in a typical month in 2019.

The Garment Worker Diaries was in touch with 800 garment workers; with just over half of the workers (52%) earning an amount within 10% (above or below) the typical amount they earned during 2019. Another 20% reported earning more than 10% above what they typically earned in 2019. The remaining 28% reported earning more than 10% less than they typically earned, but those workers also reported that they worked fewer hours than normal.”

While many reported positive payment outcomes, Stuart acknowledged that many garment workers likely were still awaiting payments. He estimated that about 10 to 20 percent of workers were not paid their full wage and another 14 percent remained unpaid.

BGMEA shared that of the 2,274 export producing factories 2,200 factories paid workers in March, and the remaining 74 factories are in the process of paying. The BGMEA also reports that 1,150 of these factories have yet to be paid by brands, despite paying their workers. However, this data set remains incomplete, noting that more than 4,500 factories are members of the BGMEA.

More Work to Be Done

All these figures paint an incomplete picture about the economic welfare of garment workers in Bangladesh. While some numbers demonstrate major progress, other figures still show serious gaps in payments. Remake also reached out to Better Work Bangladesh for data and did not receive a response.

Mostafiz Uddin, owner of Denim Expert, Ltd., a sustainable supplier in Bangladesh, shared that brands still owe his factory more than $1 million. In an email to Remake, he pledged his loyalty to his workers.

“Whatever the situation is, I cannot leave my workers and employees as they are dear to my heart. I need US$ 1.05 million to pay them salaries in next 3 months,” said Uddin in an email.

“On the other hand, it’s getting absolutely difficult for me to secure the amount without outstanding payment released by buyers, without adequate cashflow, without bank loan provision, and without being entitled for government support. However, though I am in limbo now, I am committed to do whatever it needs to ensure the lives and livelihoods of my workers are not jeopardized.”

While some workers are reporting prompt payments for completed work, many are still vulnerable. The majority women workforce is facing the devastating reality that they may be unable to feed themselves or their children if they don’t get paid soon. “Primark turned their backs on us during Rana Plaza and now again during this pandemic. I am dealing with women, many who are single mothers who haven’t been paid and are going hungry. If we don’t have urgent relief I am afraid some will commit suicide,” shares Akter. Primark is just one of the major brands refusing to adhere to the #PayUp guidelines set forth by the Worker Rights Consortium, along with Walmart, C&A, and Gap.

*The data in this article focuses on Bangladesh, which has one of the largest garment workforces in the world with approximately 5,000 factories employing a total of 4.1 million garment workers. Each organization has its own methodologies of data collection. That is, with millions employed in the garment industry, contacting every worker is nearly an impossible task.