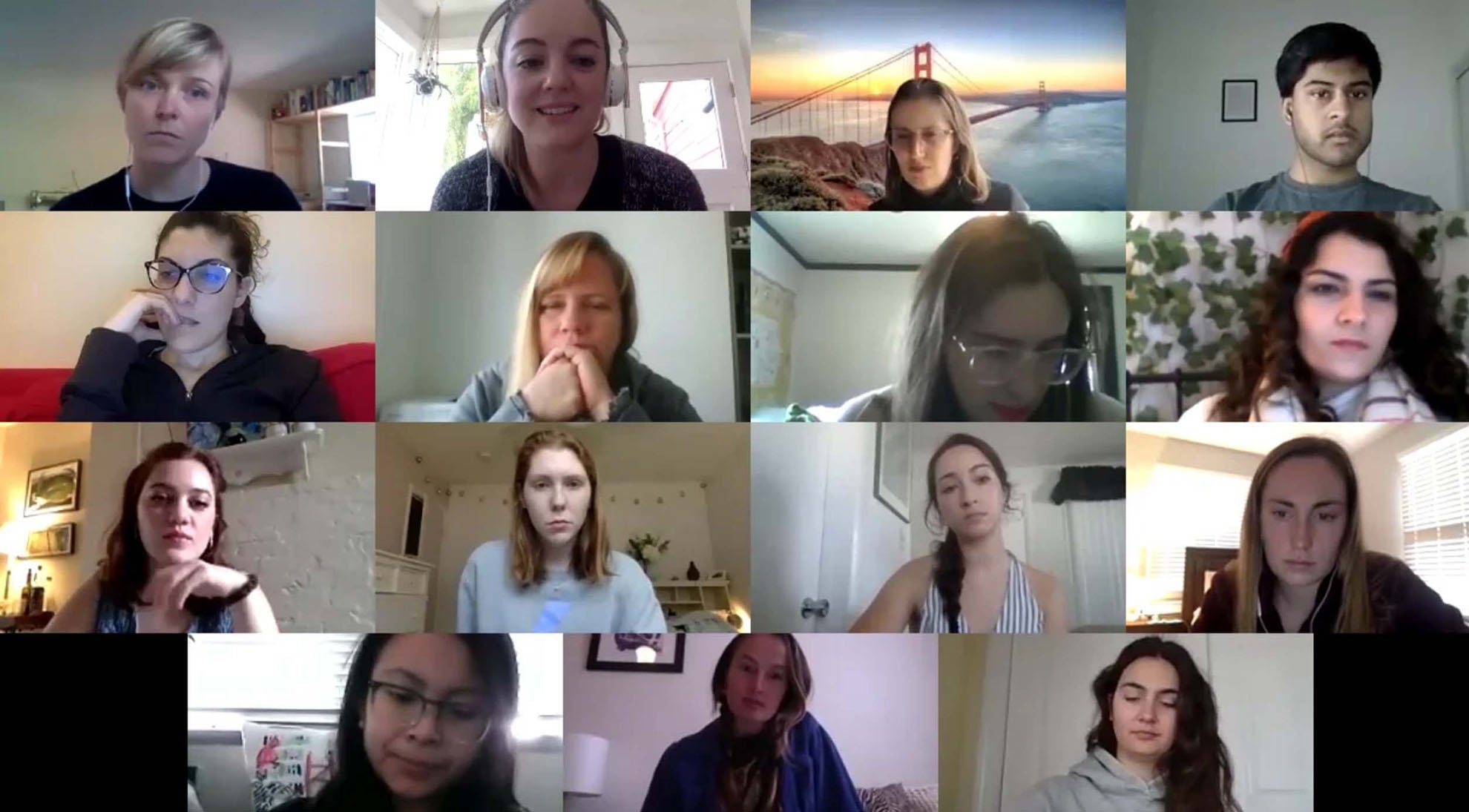 Film screenings provide a way for garment workers to be heard and platformed directly, without being spoken for or spoken over. They reduce the distance between the people who make our clothes and the people who wear them, and are consequently more likely to have a longer lasting impact on the viewers. After watching documentaries such as Remake’s Made In series, the people experiencing the horrors of the fashion industry become recognizable faces with experiences and backstories — their stories are more than free-floating narratives, they are grounded in human experience and personal truths.

As a Remake ambassador, I had a great time at the film screening I ran in January, and I think they’re a great way to introduce to people to the issues of fast fashion. They’re also super easy to do! If you’re looking to host an event to raise awareness on garment workers’ rights, a film screening would be a great way to start! Here’s how you go about doing it.

Where to Host Your Film Screening

The first thing you’ll need to do is decide whether your event will be in person or if it will be online. I’m sure you won’t have missed that we’re currently in the middle of a global pandemic. That means it’s highly likely that if you want to hold a screening sooner rather than later, it will probably have to be online. My first screening was! Don’t worry, as long as you have an internet connection, you should be fine.

The key aspect of online events is that you’ll need to use some kind of group video call software. I used Zoom, as I have access to it through my university, but you could also use Microsoft Teams, Google Hangout, Skype, or anything you else you know of that might be suitable.

Choose one that has a chat function so that you can chat about the film while you’re watching, and you can also share the links to the films so everyone has access to them.

If you’re running an in person event of course it’s slightly different. The basics will still be the same, but you’ll need to have a physical space and will be more restricted on the number of people you can invite. Once you have a room, you’ll be able to know how many attendees you’ll be able to fit in there, and can ticket your event accordingly.

To find a room, look into the communities around you. This could be university societies, sports clubs, discussion groups, or work groups.

You could also use spaces such as a town hall or local community center, or even your own home! If you’re a student, you should be able to book rooms on your campus for free. You probably have more space around you than you realize!

What Film Should you Screen?

You’ll, of course, need to decide what films you want to screen. Remake has plenty of educational films on its Vimeo channel, and there are also dozens other great documentaries on the fast fashion industry out there too. For my screening, I chose to watch Remake’s Made In Sri Lanka, Made in Cambodia, Made in America, Made in Pakistan and Made in Mexico, totaling to around 50 minutes of watch time. I showed them in this order to ensure that the issues were successfully portrayed to attendees, but also so that we finished the screening on a note of motivation and empowerment.

I made an information sheet beforehand which included the relevant YouTube links, conversions of currencies mentioned in the films, and time stamps of any trigger warnings (such as sexual harassment, rape, and child exploitation).

If you’re running a virtual event, you will probably be able to chat with the attendees throughout the viewings, but regardless of whether your event is digital or in-person, you should allow some time at the end to discuss the films you’ve watched. Maybe have a few discussion points prepped in case the attendees are reluctant to start talking, but also see what everyone’s initial thoughts and feelings are. This is also a great time to signpost the attendees to places they can go for more information. There is endless information on the Remake website (blog posts like this and more films they can watch in their own time). You could also share work you’re directly involved in — for example, I shared my Fast Fashion 101 document at my event as a reference point for attendees to go back to if they wanted to do their own research on the fashion industry.

A key aspect of film screenings is that they should be a spring board for furthering learning and action, so having these signposts is super important. There’s so much information out there that can be shared as easily as sharing Remake’s Instagram handle or your favorite slow fashion podcast. Finally, you can also use screenings as opportunities to share calls to action that are important to you, such as the Pay Up petition and the Garment Worker Relief Fund.