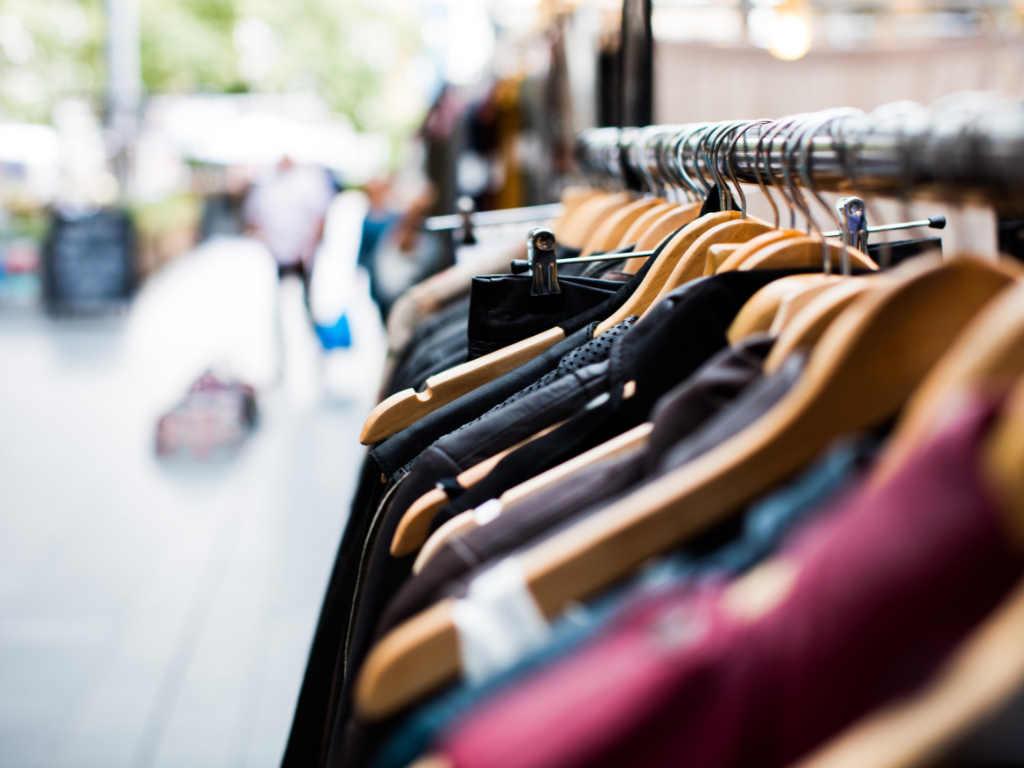 Popularized by influencers, elevated by curated online shops, and touted by sustainability advocates and enthusiasts — the idea of “pre-loved” has taken on an ethical narrative of its own making. But even buzzwords carry flaws and imperfections. The thrifting sensation is riddled with its own set of problems that most secondhand shoppers are oblivious to, particularly as the trend is often viewed as “the most sustainable option” when it comes to bolstering a wardrobe. However, thrifting’s fast fashion origins raise questions on its environmental impact in addition to the problem of secondhand shopping’s recent gentrification,  which often makes quality clothing items inaccessible to the low-income bracket thrift shops were originally meant to serve. In the geopolitical sphere, the global power relations fueling the secondhand industry can also exacerbate a toxic relationship with textile waste and a 56-year-old importation policy.

The common narrative surrounding thrifting as being the most sustainable avenue for shoppers has logic behind it. Not only does the redistribution of used garments extend the wearable life of these items, it also helps keep them out of landfills and discourages the production of brand new goods by lowering the need of consumers to buy new products. Secondhand shopping also has a social component in the sense that it provides income for low to middle-income Filipino households via informal enterprising, for the most part. Furthermore, thrifting makes clothing affordable for those who don’t have the budget for new items but are still in need of necessities. Though, compounded with thrift shops’ diverse collections and niche shopping experience, secondhand shopping has, as of late, begun to appeal to multiple socioeconomic demographics, including those with higher spending power.

The single most important driver that fuels the ukay-ukay trade [secondhand clothing trade] is the fast turnover rate of fashion in the world’s capitals, which unleashes a huge amount of castoffs for the secondary market.

A college student, Jessica Golocino, says she likes how thrifting gives her a good deal for branded clothes at a cheaper price. She also likes how buying from thrift shops reduces textile waste. Thrifting, then, is cemented as a viable alternative to purchasing mass-produced fast fashion goods or sustainably-crafted, but costlier, garments. Yet, the issue becomes more layered when one takes into account that thrifting is essentially a byproduct of fast fashion and mass consumerism. Maria Rina Locsin from the University of the Philippines Baguio states, “The single most important driver that fuels the ukay-ukay trade [secondhand clothing trade] is the fast turnover rate of fashion in the world’s capitals, which unleashes a huge amount of castoffs for the secondary market.”

The business of selling thrifted wares also draws parallels to fast fashion brands as both models sell garments at low prices, consequently leading to the overconsumption (and in the case of fast fashion, overproduction) of unsustainable goods. These commonalities imply that while thrifting is sustainable in the short-term, it is unclear whether it will be in the long run given its current state.

Online reseller Karen Tejuco shares her sentiments, saying, “Thrifting is definitely not the ideal practice of sustainable fashion, but it’s a start. If people consider thrifting as the ‘end goal’ then that’s a huge problem.” Evidently, the secondhand clothing trade is far from perfect. Thrifting prolongs the life cycle of clothes, but it does not stop the overproduction that sustains it. In fact, it actually benefits from the excessive output of fashion brands. Its dependency on consumerist culture makes it a temporary answer at best, rendering it a “lesser evil” in an industry propped up by capitalist exploits and consumerism.

As early as 2014, Assistant Professor Veronica Isla from the University of Asia & the Pacific observed that while thrifting “belongs to lower income groups,” higher income groups also patronize it.

Thrift haul videos appeal to and are widely consumed by younger generations. Influencers like Heart Evangelista and Andrea Brillantes participate in the art of thrifting, catalyzed by their love of fashion. Even celebrities such as Janelle Monáe and Drew Barrymore go thrifting to rework items into their wardrobe. The boom of curated online thrift shops has made the act of thrifting attractive to new markets, ultimately turning secondhand shopping into a cultural experience that aims to be accessed by everyone.

While there is certainly a benefit to this, there also comes a cost. Online thrift shops are known to be more expensive compared to physical ukayans (thrift shops). Online reseller Tejuco prices her finds at roughly $3 to $8, factoring in transportation costs for three to four sourcing trips, the costs of clothes, laundry, packaging, and the minimum daily rate for her and her mother’s labor. “For me, the most important factor in sustainable fashion is paying your workers right. In my case, it’s me and my mom. If we’re not paid right, this wouldn’t be sustainable for us either,” Tejuco shares.

There are also online thrift shops with four digit price tags. Known for their curated, meticulously branded collections, these thrift shops sell at premium prices — essentially charging more than stores which sell brand new garments — while the thrift stores they originally purchased the items from don’t end up seeing any of the additional earnings. With thrift store gentrification, low-income consumers are gradually robbed of the utility-based experience of shopping for quality, budget items as more affluent shoppers shop for leisure and profit. Prices are compelled to rise in accordance with the law of supply and demand. The unhoused, low-income families and fire victims, among others, may lack the money to compensate for this hitch in prices brought about by wealthier populations creeping into their ukay-ukay spaces.

The thrifting industry in the developing world is largely fueled by the importation of pre-owned goods from more affluent countries. In 2020, the Philippines imported $82.9M of used garments, becoming the 15th largest importer of secondhand clothing globally, even at the height of the pandemic. In contrast, the United States was the 1st largest exporter of secondhand clothing in 2020, exporting over $600M in used clothing. That year one of the Philippines’ primary locations of import was the United States, with over $4.55M worth of imports entering the country. It is also worth noting that commercial importation of used clothing is illegal in the Philippines, as enshrined in the Republic Act 4653, in order to “safeguard the health of the people and maintain the dignity of the nation.”

Policy implementation is marred with corruption and loopholes. In the Philippines, pre-owned clothing still enters the country as donations, as pasalubong (souvenirs), or through the misdeclaration of goods. Reports also found that widespread corruption in the Bureau of Customs (BOC) is a primary factor in the continued entry of secondhand clothing notwithstanding the ban. Rappler even reported that a customs official allegedly accepted a ₱1.5 million (roughly $28,840) bribe to clear prohibited shipments in 2014.

While importation is prohibited, selling secondhand clothing is technically legal. Due to the bulk of secondhand clothing in the country, Filipinos are being resourceful by reselling through thrift shops and even reworking and upcycling the textiles, but there are limitations to what the ordinary Filipino citizen can do.

Buying bales is what a majority of resellers do, yet Tejuco shared that she stopped buying bales of used clothing since she could only sell around 50% of the garments on average because of issues pertaining to quality and wearability.

A YouGov survey also found that 65% of Filipino adults threw away clothes in 2016 alone, while 24% of them disposed of over 10 items in the same timeframe. Left unregulated, the importation of secondhand clothing essentially culminates in dumping textile wastes from developed countries into a country already wrought with waste management issues of its own.

Luisito C. Abueg, an Assistant Professor from the University of the Philippines, disclosed in a webinar with Fashion Revolution Philippines, “There are already legislations in Congress to amend Republic Act 4653, but there is no actual update.”

The bill did not push through.

Lara Eviota is a media communication student by day and freelance writer by night. With her pen, she voraciously explores the intersections of sustainability, feminism, and Philippine culture. Her writings are found in Rappler, Change Magazine, Today's Carolinian, and elsewhere.