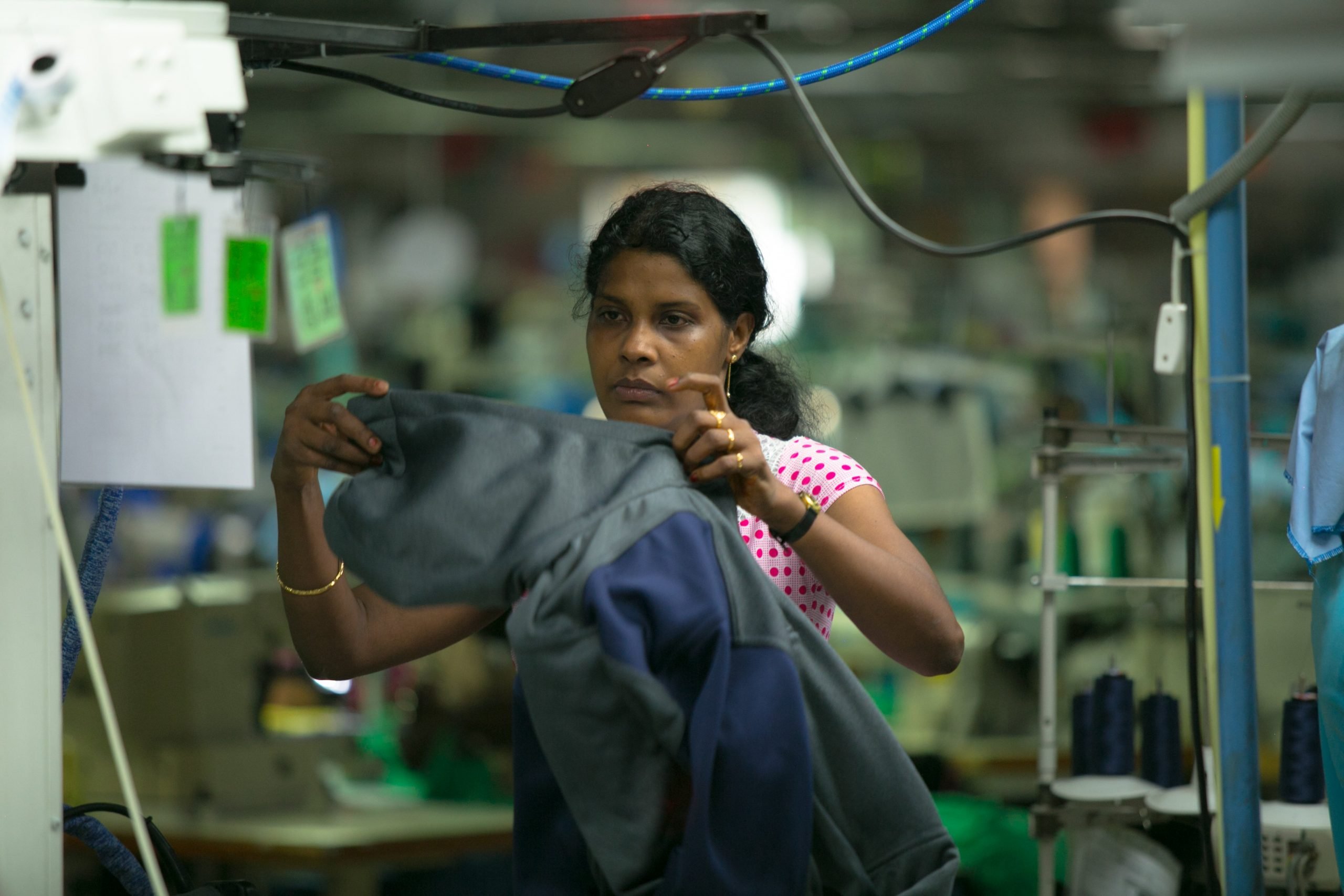 Misha Abbas is a Pakistani artist and designer born and raised in Saudi Arabia. She is currently a student based in San Francisco at California College of the Arts. Misha recognizes that the topic and process of sustainability within the fashion industry is not separate from environmental impact and its connection to labor rights issues.

As I worked on my application for Remake’s Sri Lanka journey, I looked actively for intersections between Sri Lanka and my home country of Pakistan, two countries situated in South Asia. My process of making is researched based, but also very intentionally comes from deconstructing facets of my own identity. Here I drew inspiration from cricket, a sport played popularly in both Sri Lanka and Pakistan.

As I unpacked what cricket meant in South Asia, I realized that the cricket field is a masculine dominated stage, a place for men to enact and express their masculinity. These spaces in South Asia also hold potent residue of colonization. My making process involved deconstructing cricket equipment from the bat, thigh guards to the cricket ball and crafting my design project. I took elements involved in playing cricket and reclaimed them to function differently.

I lasercut images of Sri Lankan women playing cricket, that look like images of protest and created fabric made out of wood. By deconstructing what the cricket ball is made of, uncovering the layers of cork and twine, I changed how the materials operate. Through this work I realized there are things that need to be deconstructed in order to be understood and truly reformed.

When I arrived in Colombo I witnessed the same male dominance I thought about on cricket fields and open spaces in South Asia, on the factory floor. Men watched over women to make sure they were working fast enough.

In factory spaces the woman’s body is not only exploited as cheap labor but she is also treated like a sexual object.

The narrative around factory conditions is generally around the physical safety of the buildings. But what about what’s happening inside these buildings? Men having authority over women on the assembly line, feeling bigger and better about themselves.

My other big takeaway was about the potent power of women present to fight against this oppression. One of the first women we met is Ashila, founder of “Stand Up Lanka” an organization focused on organizing garment makers to know their rights. Ashila stayed with me throughout the trip and even being back in San Francisco. A former garment maker herself, she inspired me with the tireless way that she mobilized women to rise up and fight against injustices of wage disputes, sexual harassment, and a lack of access to healthcare.

Ashila and a slew of women volunteers were organizing at a grassroots level, fighting against a system set-up to oppress them. I realized the issues they were up against are global in nature, pervasive throughout the fashion industry but that change is sprouted and nurtured at the grassroots level.

When we were invited into the homes of makers working within the factories, I was humbled by their openness to give us a lens into their lives and families. What surprised and disturbed me was how little they make. The wages these women work for are not living wages. I learned they work 12 hour days, everyday, skipping lunch breaks, drinking less water so they don’t have to go to the restroom and waste time.

I learned how much stigma is attached to being a “Juki girls” in Colombo.

That after a 7 am to 7 pm day makers often faced sexual harassment on the walk home. That men are in more dominant roles as managers and assembly line monitors. That men have control over these women, their hours, their treatment. That brands control factories and remain king. That customers in their quest for cheap and fast clothes buy into this system that is colonial.

The women who bring our fashion to life should be valued for the incredible skill sets they possess. I was awe struck by how quickly their hands work, their concentration and speed.

I want consumers, designers, all of us as a part of the fashion industry to know that  a simple first step is to simply acknowledge the hard work these women do and to inform ourselves of the exploitive and oppressive systems they work and live in.

Next is to buy better, be mindful and conscious of where the money you spend goes, because that one shirt you buy could mean multiple meals for a person, the ability of a mother to keep her children in school.

There is a ripple effect in our choices, in our decisions. To maker her better off or leave her in a system of oppression. How will you vote?