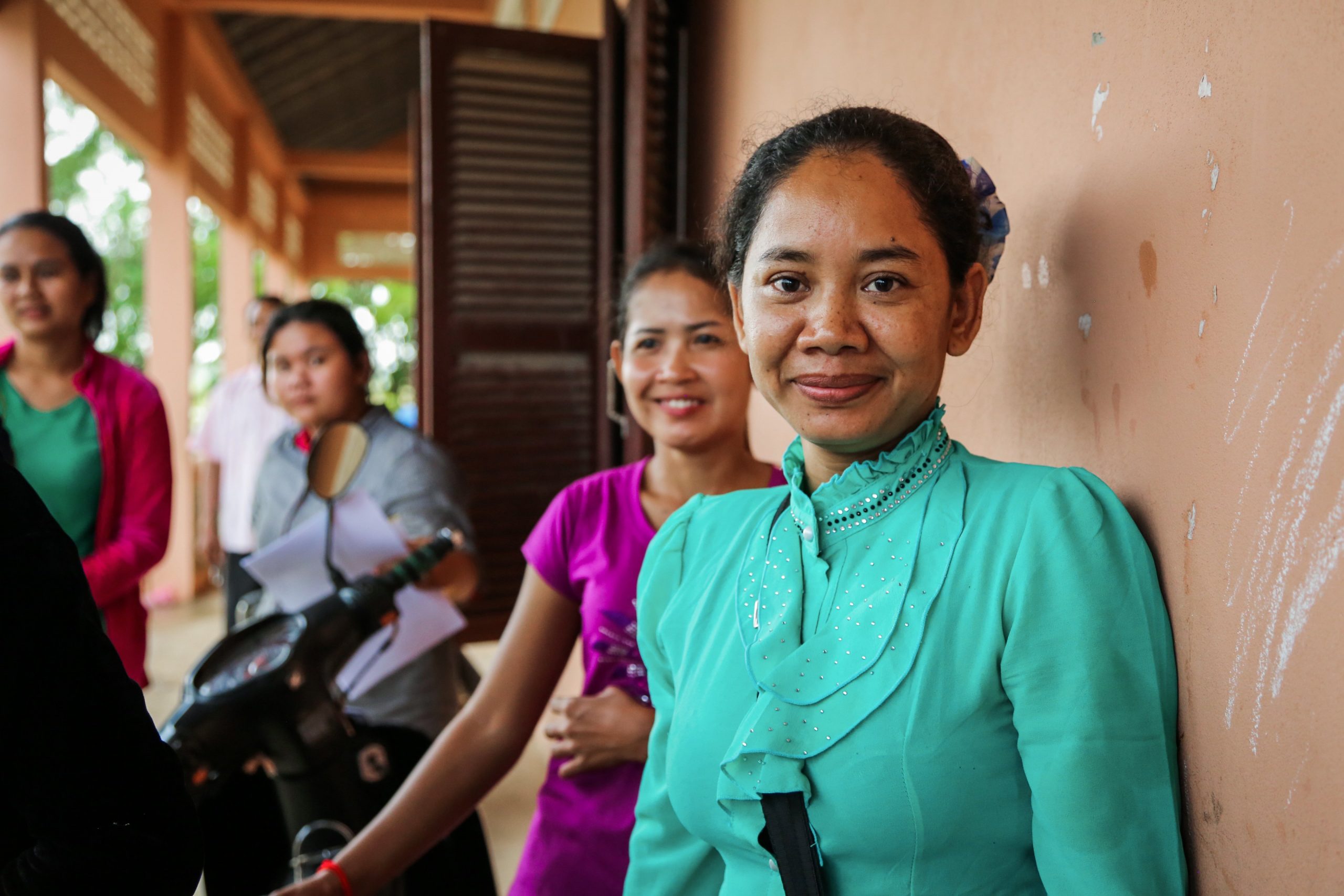 In the fashion industry, the women’s empowerment theme can be seen across runways, campaigns and billboards. While the message is inspiring, we need to understand that if fashion truly wanted to empower women, we need to fight for ALL women across the supply chain, not just the women who consume the end product. When 80% of the people making our clothes are women ages 18-24, it demonstrates that advocating for a more responsible, ethical, and fair fashion industry (one that respects the safety and well-being of all its makers) is part of the women’s empowerment agenda.

Luckily, the movement to advocate for maker’s rights is being led by brave and powerful women activists on the ground. We at Remake believe that it is high time to bridge all women together to unite for the same cause, especially women on both sides of the fashion supply chain. So without further ado, we are proud to introduce you to the fierce women makers and activists that you and the fashion industry should know. Read on to learn their stories: 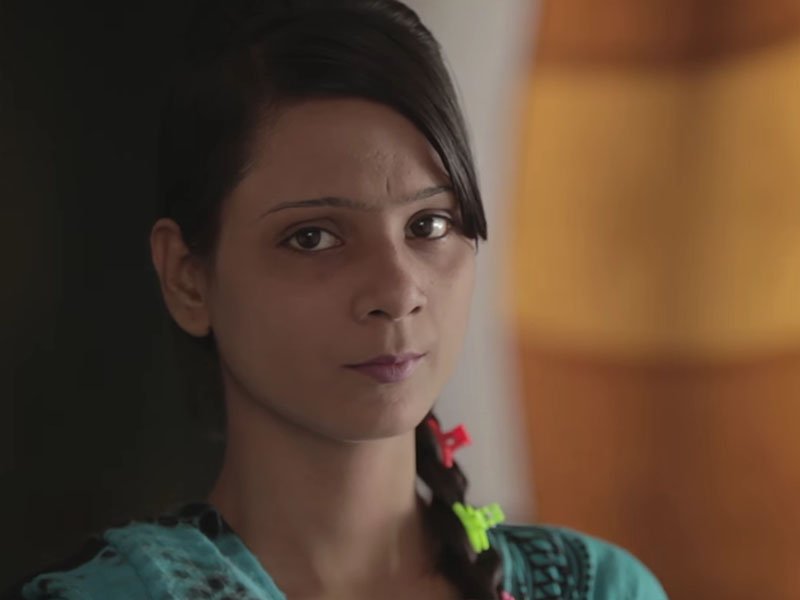 Rubina is a factory worker from Pakistan in her early twenties. Her dream is to become a doctor, but when her father got sick, she needed to go to work to help provide for her family. For about eight years now, she has been working in a factory stitching college sweatpants and hoodies for American universities. Rubina was once shy and scared of standing up for herself in her workplace, but one day, she got fed up by the injustices she experienced, and she decided to become a labor organizer. In her role as a labor organizer, she uses her voice to demand that her and her co-workers have a safe workplace free from harassment, proper food to eat, and fair wages.

“After all if I can earn my own money, work hard, and I am capable of learning new skills, why shouldn’t I have rights? I won’t let anyone take that away from me, or my family. This is my job. My family depends on it. So while I am here, they will know I am here,” Rubina affirms.

Even after her long days at the factory, Rubina goes home to study every night, aspiring for a better career. Despite the fact that she has had to give up her dreams of being a doctor due to family duties, she hopes that one day, she will be able to have an office job.

Char Wong is a maker, mother, and activist working in a subcontracting factory in Cambodia. Her wages support her 16-year-old son, her 10-year-old daughter, her elderly mother, and her husband who is a farmer. She struggles to take care of everyone on her wages and she is unable to save for her children’s education.

Her factory sets her up with impossible quotes on any given day. Due to fast fashions quick turnaround cycles, the factory now receives orders that need to be fulfilled in a shorter amount of time. She receives no training, which makes it near impossible to learn new, complex designs at such a quick pace. Unfortunately, if Char doesn’t meet her quota, her salary is deduced no matter how hard she works.

Char is part of the Solidarity Center in Cambodia, where she is educated about her rights. Together with the Solidary Center, she is able to access the tools to ensure that she and her coworkers receive the rights, wages, and benefits they are entitled to.

“Like most parents from all corners of the world, I want a better future for my two children. I hope to pay for their college education so that they can work in Cambodia’s government. Government jobs pay well and do not require hard physical labor. I hope that my children can be government leaders and help improve the conditions and rights of future garment factory makers, just like myself,” Char shares.

Read more about her story here.

Ashila is also a fellow in the Ashoka Changemaker program. According to the Ashoka site, “Ashila’s big idea to transform the Sri Lankan garment industry by supporting workers and educating them about their rights so they have sustainable employment. Stand Up also provides a financial safety net. How does it work? Members of the network pay into the system monthly. They can borrow — interest-free — up to LKR 25,000 (US $167). In the case of a death in their family, they are given a donation of LKR 15,000 (US $100) to help pay for funeral expenses.”

Ashila is a fierce movement maker who has changed the lives of women through relationship building and informal campaigns.

Learn more about her impact via our blog here.

Sophie is a project officer for a Hong Kong based non-profit organization called Students and Scholars Against Corporate Misbehavior (SACOM), which was founded in 2005. SACOM was born out of a student movement dedicated to improving the labor conditions of cleaning workers and security guards, and later grew to provide opportunities for students to engage in labor issues in various industries such as textiles, toys, and electronics.

In 2015, Chen joined SACOM in storming the Uniqlo headquarters to protest the company’s abuse of workers, use of toxic chemicals that harm workers, and failing to pay for worker’s social insurance. Chen also helps SACOM execute undercover investigations to observe conditions inside factories, so they are able to collect on the ground evidence to challenge companies like UNIQLO. This is just one of many protests that Chen and SACOM has helped to launch in service of worker’s rights.

Sophie actively uses her voice and dedicates her work to this cause, and we salute her commitment to the movement.

Learn more about her organization here.

For the past six years, Monira Akter has been a working as an organizer for the Bangladesh Independent Garment Workers Union Federation, where she has helped to unite 2,250 workers into trade unions. Her fire was lit by her sister’s experience, who was abused at the garment factory where she worked. Upon learning this, Monira decided to take it upon herself to fight for the rights and safety of workers just like her sister.

Though there is much improvement yet to be made, Monira says that she is glad to see that some reforms have occurred in Bangladesh after the Rana Plaza disaster. She says that more building and fire safety regulations were put into place, and that her ability to organize a trade union is a victory in and of itself.

Monira has worked tirelessly to gain the trust of garment workers, often walking them home from work in order to educate them about their rights. She says that many workers have told her that these talks have given them both hope and courage.

Though her husband discourages her from continuing this work (it sometimes puts her in danger), Monira remains determined, wishing to stay beside the many garment workers whose lives she’s helped to transform.

Want to get to know more about the powerful women leading the movement for equal rights in fashion? Read more stories here.