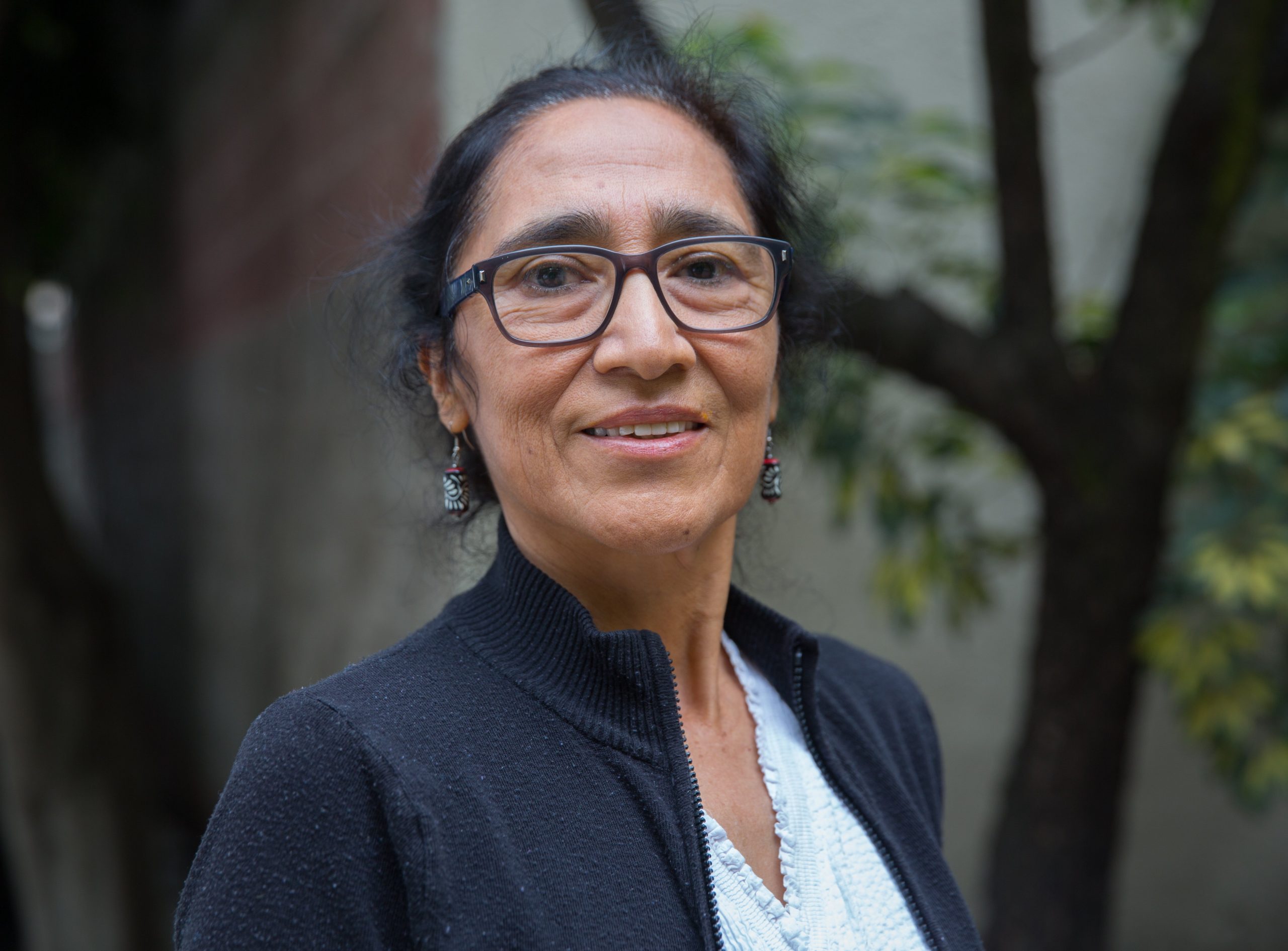 “I started a collective 11 years ago and have been dedicated to maquiladoras for 7 years. Women working in maquilas are kept in a cycle of debt and fear; I am trying to change that.”

In Aguascalientes, México, Sara is a labor organizer and activist; she and the women in her collective conducted a study over the course of five years that looked at how working in garment factories impacted women’s health. “We interviewed women during their lunch breaks and after work when they were running to catch the bus home. We found that factory owners don’t follow codes of conduct, limit their access to social security, and that they often don’t go to the doctor when they become sick. Doctors gave us short-term solutions and it wasn’t worth missing a day of work.”

“If a woman tried to report that she became sick as a result of her working in the factory, she would be fired and the factory owner would face no consequences.” Their main goal with this study was to convince the factories themselves to conduct their own studies on worker health every couple of years.

Sara wants to “de-normalize women’s pain and health issues in the industry.” Women working in the factories aren’t allowed any level of comfort. Sara says,

We would make pillows out of scraps because our chairs were so uncomfortable to sit in but our supervisors would throw them out while we were on our lunch breaks.

Sara also gave us some insight about how disorderly wages are for garment workers. “No one has responded to us about our questions regarding the payment system and why it is the way it is.” Sara and her team have asked workers, employers, and even brands about how a garment worker’s pay is determined. Lots of women take out loans from the factories they work at and the loan payment is taken out of their weekly salary along with interest which can be as high as 16% according to Sara. She also noted that promotions that promise more pay might end up hurting a worker.

“As a worker becomes better at her job, she is taught new skills. Once the supervisors believe she has enough skills she may be promoted and promised higher wages but the time that it may take to learn the new job takes time away from production and she might end up with exactly the same wages as she did before she was promoted.” Sara told us that although brands are demanding more and more quantities of clothing and higher quality standards their pay hasn’t increased at all.

Women often take caffeine pills and energy drinks to keep up with all the work. Sometimes they experience an accelerated heart rate, overdose on caffeine, and can suffer cardiac arrest.

“We want to involve ourselves into politics publicly and bring awareness to the issues garment workers are facing in the maquilas in order to bring about change in this industry.”

Donate to remake to bring more of these stories to life

After joining Remake on their 2018 journey to Mexico, Sajida uses her new insight about the fashion industry’s supply chain and standing as a designer to uplift, advocate for and amplify the voices of marginalized groups within the industry.