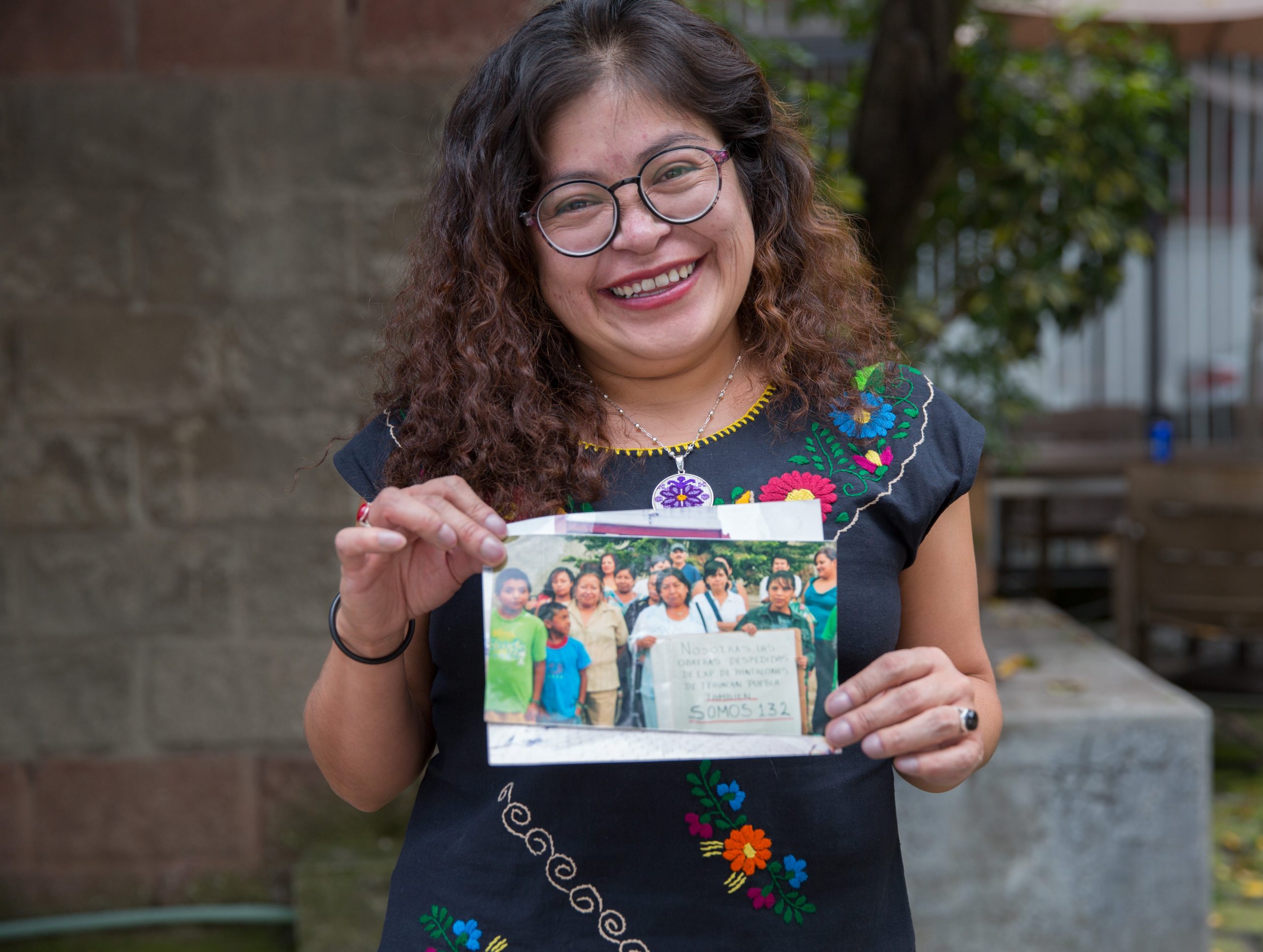 Puebla, Mexico: “I am indigenous woman who fled her home to Puebla and began working in the maquilas when I was 14. I am an activist and an environmentalist who loves fashion. Women like me sustain the economy and this industry, yet our labor isn’t valued or recognized.”

Reina grew up in a small indigenous village in Mexico that she fled after being sexually assaulted. “I moved to Puebla to work in a maquila when I was 14. There is no real age when someone can start working in a maquila because there are children there as young as eight years old pulling loose threads out of finished garments”.

Reina has seen many atrocities in the garment factories she worked in such as, “people’s hands and faces being stained with chemicals used to wash and color garments, women experiencing discoloration in their skin due to the chemicals they come into contact with, and people like myself who end up with chronic illnesses in their throats because of all the dust and fibers they breathe in”.

“My biggest dream was to get married, now it is to empower as many women as I can”

As an activist Reina focuses on labor rights as well as environmental problems that the factories are contributing to.  She referenced a time when, “children died as a result of being in close proximity to a river that was contaminated with indigo dye and potassium which is used to soften jeans.” She holds brands who “claim they had no idea” responsible as well as the Mexican government who allows “fake unions to take part of our wages and never even represent us or listen to our stories.”

Reina’s organization aims to “empower women through skill learning and sharing.” The collective she founded “sells handbags made from recycled used clothing that feature traditional embroidery.” The money they earn is then spread evenly between the women in the cooperative, many of which who are single mothers with multiple children to feed.

As a fashionista, Reina doesn’t want the industry to collapse, she wants it to change; “Fashion has taken lives” and Reina would like to see how we, “can find new, less damaging ways of designing” clothing. She doesn’t believe her government is as sensitive to the issues of garment workers as they should be and that “if change is going to happen under our new president it will take lots of time.”

Donate to remake to bring more of these stories to life

After joining Remake on their 2018 journey to Mexico, Sajida uses her new insight about the fashion industry’s supply chain and standing as a designer to uplift, advocate for and amplify the voices of marginalized groups within the industry.