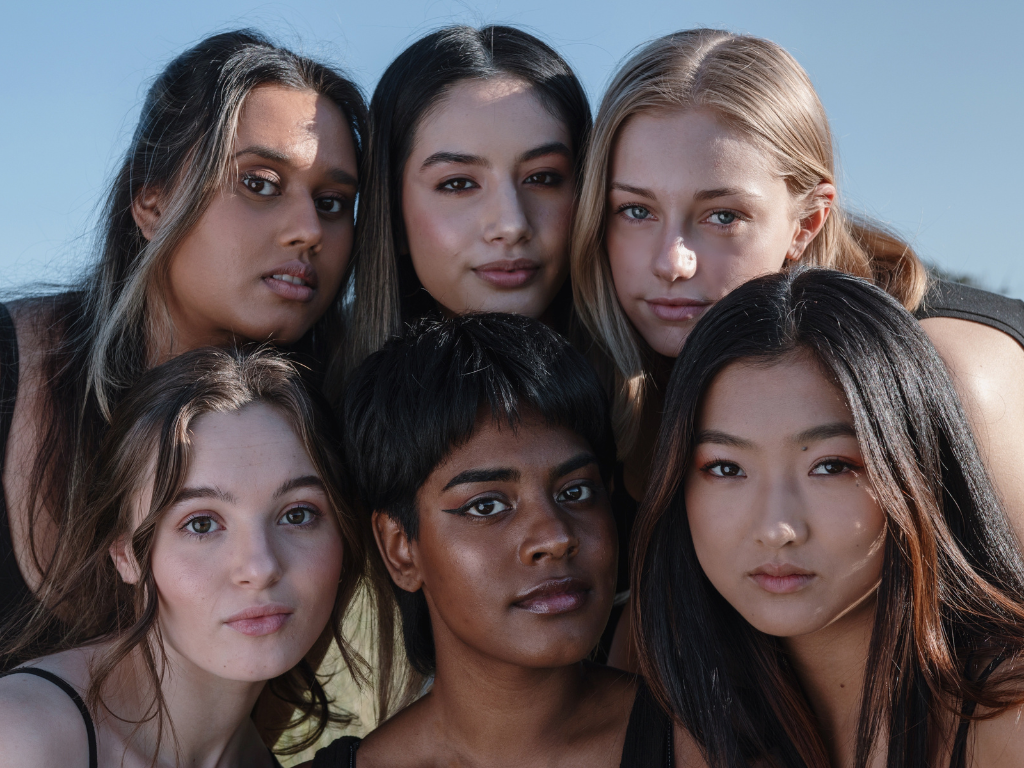 When a brand markets itself as pro-women, we’d like to take that feel-good-messaging as truth. But how often is it really? In May 2022, Victoria’s Secret posted about AAPI Heritage Month with the caption: “In celebration of AAPI Heritage Month, we’re spotlighting the women in the community who make us better, and the important traditions they preserve and pass onto future generations…”

While the concept is inspiring, it’s not an authentic ethos for the brand. If Victoria’s Secret truly cared about supporting, uplifting, and empowering women in the AAPI community, shouldn’t it start with improving the conditions of its own Asia-based workforce, namely, its supply chain? This seems far from what the brand is actually interested in doing, despite its direct impact on these communities. In fact, just recently it took a 13-month battle for Victoria’s Secret to agree to pay Thai garment workers the $8.3 million they were owed in unpaid wages and severance after abruptly closing a Thailand factory in 2021 — and that was with months of campaigning and public pressure.

You don’t have to look far to see that there is a growing narrative around gender equality in a majority of fashion’s marketing and mission statements. At first glance, the growing global awareness of social inequities is a beautiful thing, hopeful even; but when it comes to putting preaching into practice, the clothing industry’s playbook is seriously lacking. Rather than weaving the fair and dignified treatment of women into their fabric and ethos, brands like Victoria’s Secret, Lululemon and Athleta have demonstrated, time and again, little to no regard in actually holding up these professed values.

Brands are experts in coddling consumers by publicly telling them what they want to hear while hypocritically disenfranchising garment workers behind the curtain. Take Mother’s Day, for example.

Both Victoria’s Secret and Athleta had inspiring Mother’s Day campaigns:

One of the easiest ways for brands to latch onto and boost this pseudo-ethics is to leverage their clout on social media, where a pay-to-play algorithm blasts feminist messaging into the feeds of their followers and analytically curated demographics lists. Brands know that there is not a whole lot of fact-checking being done on social platforms, so a feel-good message can go a long way, regardless of if there are actions to support the marketing.

Women make up more than 70% of the fashion industry’s total workforce, thus representing the backbone of an industry worth almost $3 trillion annually. An estimated 60 million workers support this multi-trillion dollar cash cow, and 80% of that workforce are women.

Brands, trying to keep overhead low and boost profits, choose to source garment production from countries where labor laws are lax and easily exploited. When clothing companies place orders with factories, they offer rates that are so low that there is no way suppliers could pay a living wage to the women sewing the garments. As far as accountability, brands skirt it by factory subcontracting tactics. And this isn’t anything new. Gender inequality has been rampant in the industry since its inception and is notorious for its often abhorrent working conditions, meager wages with forced (often unpaid) overtime and little to no time off. In this broken system, the women garment workers also suffer gender-based violence on a regular basis.

Let’s start with Victoria’s Secret (parent company L Brands), one of the worst offenders — its grievances run deep, from alleged Jeffery Epstein ties to the sexualization of teenagers to numerous allegations of misogyny to fat-shaming women.

In the summer of 2021, in an effort to reinvent its public image, the brand did away with its iconic “Angels” and ushered in new, relatable, non-supermodel, spokeswomen. Actress Priyanka Chopra Jonas and soccer phenom Megan Rapinoe top this list, along with transgender model and activist Valentina Sampaio, model and South Sudanese refugee Adut Akech, model Paloma Elsesser, Freeskier Eileen Gu, and photographer and media personality Amanda de Cadenet. This, now referred to as the VS Collective, was created in a marketing effort to revamp what “sexy” means.

A brand cannot authentically advocate for women without transparency.

“We got it wrong,” Victoria’s Secret Chief Executive, Martin Waters said in 2021. “We lost relevance with the modern woman. And she told us very clearly to change our focus from how people look to how people feel — from being about what he wants to being about what she wants.” In the same presentation, Waters went on to say, “Our vision is pretty ambitious. It is to be the world’s leading advocate for women.”

While Walter’s admittance of past failures can be refreshing, the true impact is hollow. In contrast to its public declaration of wanting to be “the world’s leading advocate for women,” Victoria’s Secret has no problem underserving the women who create the company’s profit through sewing the garments they market as a form of empowerment for those women who have the money to sustain its brand.

It’s a diversion tactic. We know that marketing is a psychological hack, it is the halo effect in action. It capitalizes on our emotions to create a cognitive bias that claims that if people, brands or products leave a positive impression we believe they are inherently good.

This halo effect concept is further supported and ingrained in customers with Victoria’s Secret’s heartwarming Mother’s Day posts from former VS Angels Chanel Iman and Lais Ribeiro, and this Three Generations of Unconditional Love feature.

What’s worse is the company’s play as a compassionate, feminist brand for International Women’s Day. But again, when a brand blatantly leaves tens of millions of women (mostly women of color from the global south) out of the conversation, it causes one to take pause and question the legitimacy of its feminist-focused narrative. In 2021, Remake released its Accountability Report which detailed many of the questionable practices of various brands. In Remake’s report, it found that Victoria Secret has consistently underpaid its garment workers and has failed to provide adequate working spaces and conditions in their factories. A brand cannot authentically advocate for women without transparency. If a brand does not publicly disclose its supply chain, if it is not working with labor organizations to insure living wages are received or well-being programs are in place with measurements and standards to assure accountability, marketing itself as “feminist” and “women-empowering” is nothing but a show.

Similarly, brands like Athleta and Lululemon have launched their own campaigns with empowerment messaging focused on “being a better you” and championing equality while continuing to perpetuate wage theft and abysmal working conditions for the women sitting behind sewing machines.

Athleta is a part of Gap Inc. Gap Inc., made up of Gap, Old Navy, Banana Republic, Intermix, Athleta and Janie and Jack, is the largest specialty retailer in the United States. What’s more is that it carries the title of being third in total number of international locations, behind Inditex Group (owner of Zara) and H&M.

Recently, Athleta launched a campaign with singer Alicia Keys with the message: “be good to yourself.”

“We’re taught to kill ourselves, to work a million hours, that the less sleep you get, the better — and somehow that’s noble,” said Keys in an interview. “I’ve learned the hard way what it looks like not to take care of yourself — you easily reach a breaking point, so before we get there, I want to establish a way of taking care of yourself, of your soul.”

In this late stage capitalist society we find ourselves in, we need the reminder to slow down, to be kind to our bodies and minds. But garment workers simply don’t have that option — and it’s a result of brands like Athleta choosing profit over people. Doing so by withholding factory audit and remediation reports which detail findings that should be available to the garment workers (in their native language), unions and watchdogs organizations to ensure factory safety. According to Remake’s 2021 Accountability Report, Gap Inc. has also denied full disclosure into garment worker pay, livable wage practices and working conditions.

…leveraging women empowerment for marketing purposes is everywhere in fashion.

Gap Inc. has done the bare minimum in publishing its Tier 1 supply chain and investing into HBCUs to create a pipeline for more diverse talent, and it is woefully behind its contemporaries when it comes to workers rights and sustainable practices.

This leveraging of women empowerment for marketing purposes is everywhere in fashion. Lululemon has been riding the wave of the athleisure wear boom that was fueled (in part) by the pandemic, and has become one of the world’s most profitable apparel companies. While Lululemon announced its 100% global pay equity measures in April of 2018, there has been little to show that it is actively moving the needle.

Via the lens of its social media presence, Lululemon appears to be an inclusive, forward-thinking, feminist brand, but its history of only advocating for privileged white women isn’t exactly as far in the past as it would make it seem. And that history is off-putting (to say the least). For example, the brand’s name was its founder’s attempt to make it difficult for Japanese people to pronounce. Plus, this founder, to add to his overt racism, openly favored using child labor in developing countries. That founder has since faded into the shadows as Lululemon grasps at straws to overcome his tainted legacy. So it might not come as a surprise that Remake’s Accountability Report found that the company is severely behind on its social commitments to garment workers — commitments like not signing the International Accord or paying its workers a livable wage. Often people might think that these commitments are some grandiose undertaking when they are simple building blocks to ushering in a better future for women — the individuals, remember, that they claim to support.

We see time and time again that these messages of female empowerment often leave out the most vulnerable, the ones that most need empowerment and support. The crux of the matter is that these messages directly contradict the practices of these brands’ supply chains. So many are guilty of drinking from their poisonous well. They exploit consumers’ emotions and do so on the backs of an underpaid, unseen and exploited workforce of women.

Want to Get involved? Learn About Remake’s ongoing campaigns.

Lauren Bates has a passion for storytelling and authentic connection that she carries with her into every aspect of her life. She believes that compassionate service journalism can be used as, and is, a vehicle to educate and support communities by sharing stories based on facts while also leaving room for conversation and connection.