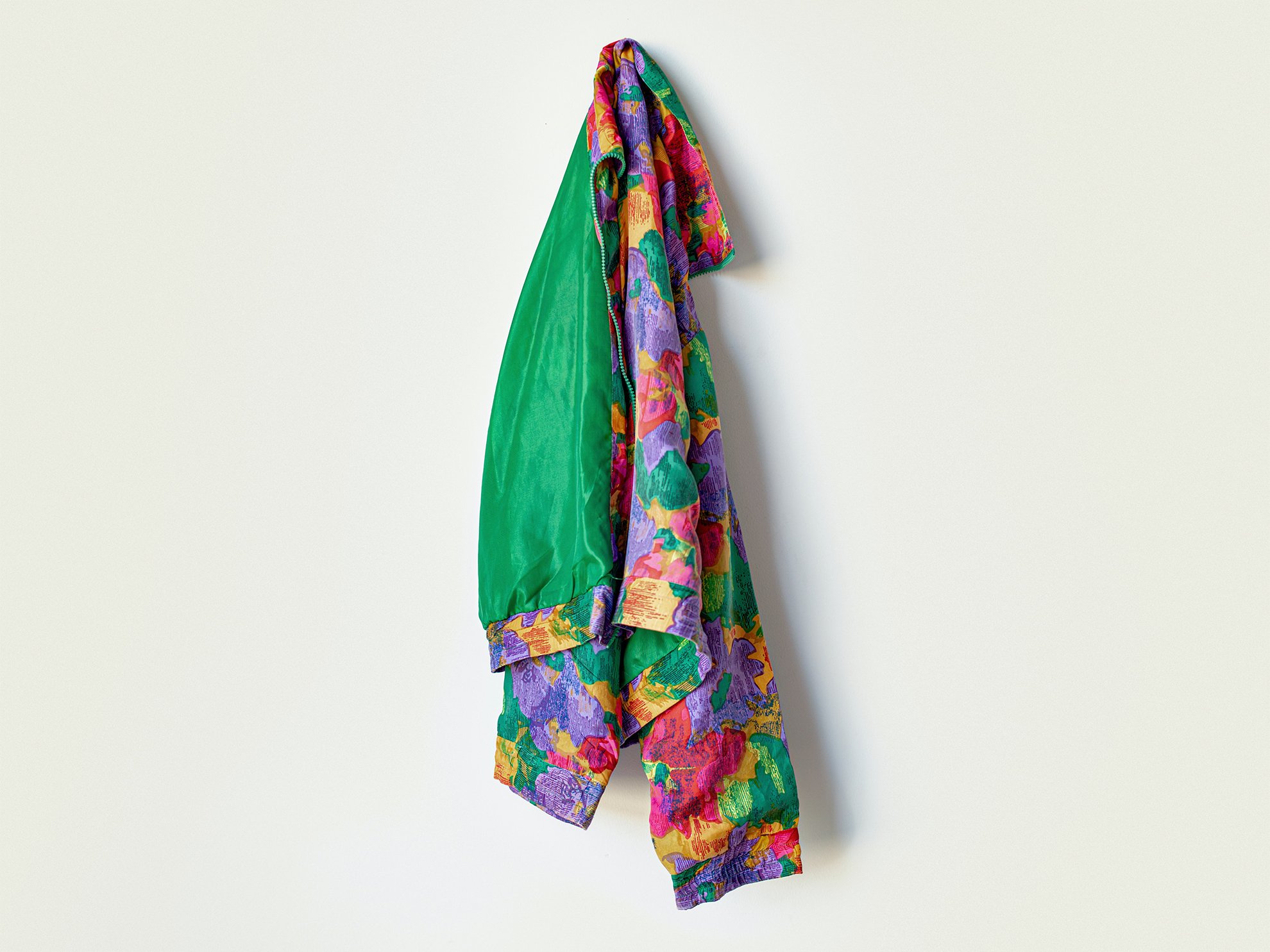 The secondhand clothing market is growing, and it is estimated to be worth $84 billion by 2030 — more than double the estimated worth of fast fashion for the same year. Recently, a plethora of big name brands, including fast fashion companies, have been jumping on the secondhand bandwagon by implementing their own secondhand marketplaces, including Urban Outfitters, H&M and ASOS — but is fast fashion resale truly operating in a way that reflects the values of a circular practice? Or are these markets simply a new avenue for profit?

Becca Coughlan, Remake’s Transparency Manager, describes true circularity as “scaling virgin production (and therefore consumption) way back and replacing it with services and behaviors that extend the use-phase of garments as much as possible.” Noting this, it’s important to question whether these fast fashion brands’ attempts to mine the secondhand market are actually accomplishing this, or whether they are proving to be little more than monetary schemes aimed at creating an additional avenue for revenue, rather than a true corporate shift that impacts product output.

Coughlan describes true circularity as “scaling virgin production (and therefore consumption) way back and replacing it with services and behaviors that extend the use-phase of garments as much as possible.”

A few examples of resale schemes and takeback initiatives include ASOS Marketplace (which has been around since 2010), Nuuly Thrift (which is owned by Urban Outfitters), LuLuLemon’s Like New, Levi’s Secondhand, and H&M subsidiary ARKET’s new rental service for children. On the surface, these initiatives may seem great. Surely we want fashion brands to become more circular, right? Well, yes. However, this is not necessarily what these brands are actually intent on doing. The issue arises when the same brands hosting these secondhand enterprises use them primarily as a means of creating more profit for themselves by retaining their core linear models of overproduction, rather than actually altering their business models to reflect actual circularity.

Profiting Off Resale Without Scaling Back Production

Nuuly Thrift and Nuuly Rent are sister apps owned by Urban Outfitters. Nuuly Thrift is an app similar to Depop and Vinted, where anyone can buy and sell apparel they no longer want or need, while Nuuly Rent is a rental service for users to rent clothes made by the URBN group (UO, Free People Anthropologie), among other brands. On Nuuly’s ‘Sustainability’ page, the company highlights how ‘Nuuly shifts fashion from a cycle of buying and discarding to a system that minimizes ownership and maximizes newness. Less cycle, more circular.’ But at the heart of the issue is that brands like Urban Outfitters are not slowing down the rate of their new production in conjunction with these initiatives. Aside from the fact that UO, Free People, and Anthropologie are pumping out thousands of new clothes a year, Nuuly itself states on its homepage that it stocks new items every week rather than sticking with the same collection of reusable garments. In November, Urban Outfitters had 1,005 products listed in its ‘New In Women’’s website section, with only 76 of those products being part of the brand’s ‘Vintage & Renewal’ range. That’s less than 8%. The other 92% of products for this category? Brand new.

To further point out the company’s hypocritical behavior, UO remains one of the companies that has still refused to PayUp for orders made by garment workers and then cancelled by the company back in March 2020. This refusal to pay back factories demonstrates the brand’s inability to even achieve the bare minimum when it comes to running its supply chain in a responsible manner. Furthermore, as noted in Remake’s 2021 Fashion Accountability Report, “Urban Outfitters has a long history of human rights violations in its supply chain and was named one of the top violators of wage theft in California’s garment factories, having never endorsed the Garment Worker Protection Act.” This is significant, knowing that environmental issues and human rights exist in an intersectional space in the fashion industry. A truly circular business practice would be focused on less product output while extending the life of its products, and as a result, lead to the lowering of the demand quotas placed on workers. Simply, wages should increase while product output decreases. This is not the model that the URBN group has adopted.

ASOS is yet another brand not currently utilizing its secondhand marketplace as a tool that supports degrowth. Launched in 2010, ASOS Marketplace is a platform of 900+ small independent businesses and vintage boutiques selling their garments globally. Sounds OK at first glance, and many small independent brands have been able to make themselves known through the site; however, like the case of Nuuly Thrift and UO, this good PR covers up the skeletons in ASOS’s closet. Earlier this year, the company took over British fashion giants Topshop, Topman, and Miss Selfridge, formerly owned by Sir Philip Green’s fashion conglomerate Arcadia. ASOS has yet to PayUp for the debt Topshop and Miss Selfridge owe to their suppliers from the beginning of the pandemic.

Aside from the company’s disinterest in paying its garment workers, ASOS’s acquisition of these brands highlights how its focus remains on growth and increasing profit rather than slowing down the fast fashion system and creating a circular model of production. On its FAQ blog site, ASOS Marketplace describes itself as the ‘little sister of ASOS’ which operates “completely separately.” However, even if the resale and newly-made clothing sites operate separately from each other, they are still inextricably financially linked. The 20% commission rate on items has to go somewhere, and it inevitably feeds into the marketplace’s fast fashion ‘big sister,’ where output remains a top priority.

Both UO’s and ASOS’s secondhand initiatives are means for big brands to gain even more profit while continuing the same models of exploitation they always have. These marginal secondhand marketplaces are an attempt by brands to garner good press while putting in very little effort to earn it. It’s greenwashing at its finest.

Some brands, like H&M, have started featuring return bins in their stores, where customers can hand back their old garments (likely not actually “old” in the grand scheme of things, but in the fast fashion cycle, they are easily considered as such) in exchange for vouchers that provide customers discounts for purchasing more the brand’s clothing. These return ‘circularity’ schemes work as marketing ploys to keep customers trapped in a cycle of consumption while ensuring that profits are driven upwards for brands and their billionaire-status CEOs. The OR Foundation has highlighted big brands like H&M, ASOS and Boohoo as some of the most commonly found in waste sites in previously colonized countries such as the Kantamanto market in Ghana and the Atacama desert in Chile.

This is physical evidence that these circularity schemes are simply not working in the way we’re told. Coughlan discusses how “a huge lack of transparency” is at the heart of this issue, with the true destination of returned garments kept hidden from well-meaning consumers. Instead, the public is left to put the pieces together from multiple sources so that “inevitably, then, what is to be assumed is that these items are being sold for profit to secondhand markets in various parts of the world. The overconsumption of the Global North thus becomes the problem of the Global South, which is extremely problematic. Because of the lack of transparency and, equally, a lack of consumer awareness, companies have been able to label these take back initiatives as ‘circular and get away with it.” Radical transparency in the fashion industry, therefore, extends not only to the manufacturing of a garment, but also to its end of life.

“This concept of true circularity is still very daunting for brands because it seems so different from the status quo. However, there is so much potential for companies to exercise and show-off their creativity and ingenuity when it comes to developing new business models, and isn’t that really what fashion is all about?”

As Remake’s 2021 Fashion Accountability Report noted, there are no brands that can prove their “circular initiatives” are replacing the production of new clothing. While resale and rental are certainly on the rise, they are operating in parallel to traditional linear production, so that instead of slowing down clothing consumption, consumers are encouraged to buy more than ever. Big brands can never make true claims of circularity when they continue to pump out millions of garments a year with no sign of slowing down — no matter if they are attempting to collect and resell a small percentage of used garments on the side. But perhaps there is still hope for a better future, as Coughlan states, “this concept of true circularity is still very daunting for brands because it seems so different from the status quo. However, there is so much potential for companies to exercise and show-off their creativity and ingenuity when it comes to developing new business models, and isn’t that really what fashion is all about?” Let’s hope brands step up to the challenge.