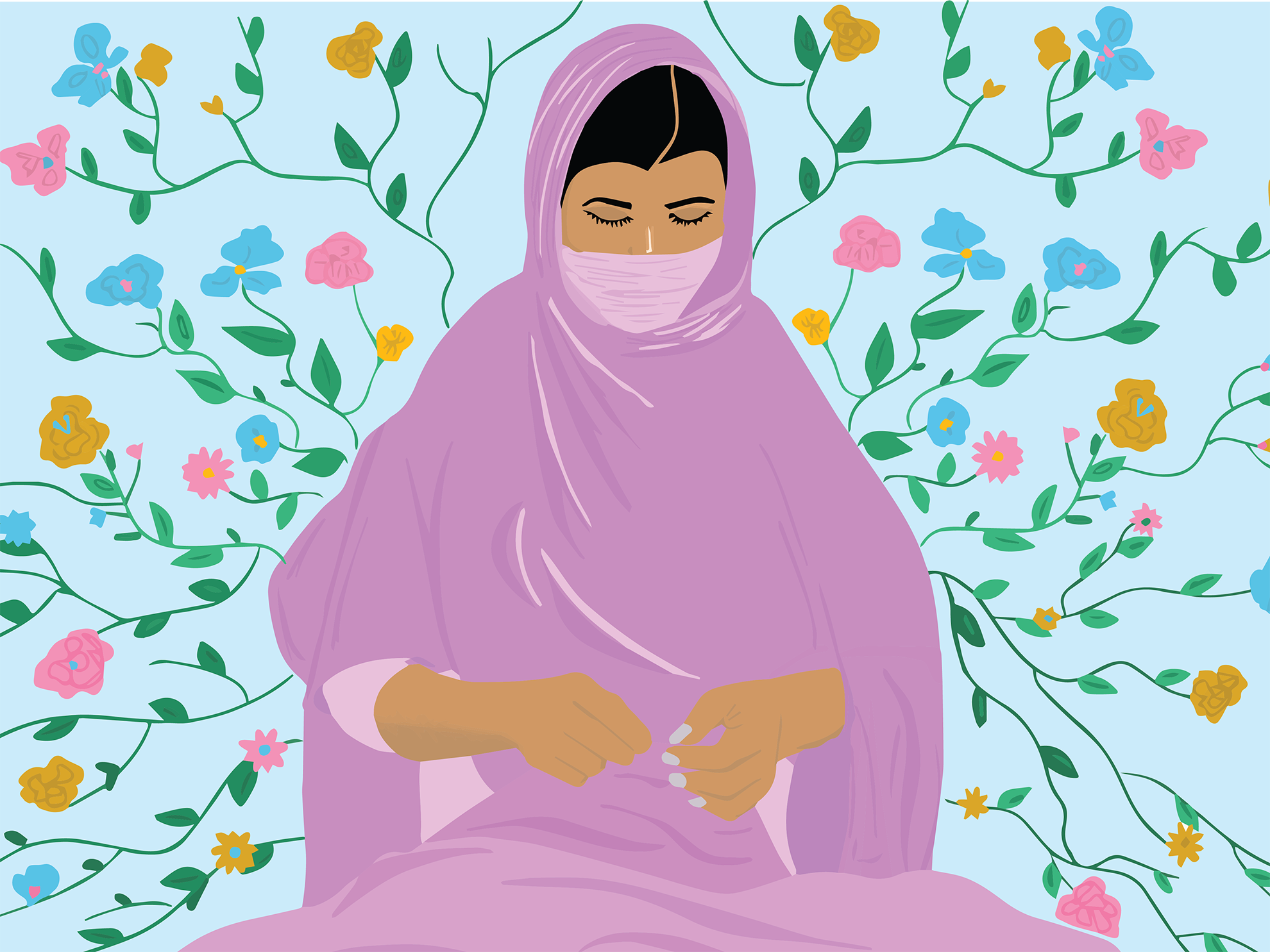 The International Accord for Health and Safety in the Textile and Garment Industry was agreed upon in August 2021. As of August of 2022, 176 brands and retailers have signed on in support of the two-year, life-saving agreement that prioritizes the healthy and safety of garment workers within the brands’ supply chains. The program is a successor of the Bangladesh Accord, which was initially established in 2013 in response to the collapse of Rana Plaza, as well as other factory disasters that, in total, have resulted in thousands of injuries and more than 1,000 deaths.

Simply put, while the original Accord provided for fire, electrical, and structural inspections and repairs of garment factories in Bangladesh, the International Accord expands the definition of safety to include garment worker health and wellbeing and will expand the program’s life-saving benefits to at least one other major garment-producing nation.

However, while many brands have joined the International Accord, there are still dozens of brands manufacturing in Bangladesh that have yet to sign on to this critically important agreement. Because of this, Remake is continuing to track brands such as Levi’s who have not signed the International Accord, and we will continue to do so until these companies decide to step up and put the lives and safety of garment workers above profit.

As for the more than 175 brands who have signed on — we applaud them.

Safety and wellbeing has always been a concern for garment workers in global supply chains. The majority of garment workers are women, and many are the sole earners for their families. The International Accord provides basic health and safety protections for two million garment workers across the 1,300 Bangladesh factories of participating brands and an opportunity to expand the program to other countries, such as Pakistan.

To help the public better understand what the Accord means, what it promises, why it’s so important, and how consumers can help encourage more brands to sign, Remake has compiled this list of frequently asked questions on the International Accord for Health and Safety in the Textile and Garment Industry.

HOW IS THE INTERNATIONAL ACCORD DIFFERENT THAN THE ORIGINAL?

There are two major difference between previous versions of the Accord and the 2021 version: The international scope and expansion of the definition of safety to include worker wellbeing and health, which is reflected in the title: International Accord for Health and Safety. Christie Miedema, Campaign and Outreach coordinator for CCC, explained in an interview that, “In 2018, the agreement focused on fire and building safety, while the International Accord mandate is health and safety in general… If you come a long way on building safety you have more space to look towards other safety issues.”

According to Miedema, the new Accord complaint mechanism is  “able to respond to any health and safety complaints, not only building safety and fire. Workers have complained about things like excessive overtime, which constitutes a health risk, as well as lack of maternity leave and other health related issues,” including, beginning in 2020, COVID related issues. In fact, according to a 2022 Clean Clothes Campaign report, which surveyed workers in Pakistan that work for brands such as Levi’s, Primark, and Gap Inc., egregious health and safety violations are the norm. The report found that:

The new Accord provides a strong new worker complaint mechanism as well, where workers can convey these types of violations. According to the new 2021 agreement, from workers “can raise concerns about health and safety risks in a timely fashion, safely and confidentially.” Signatories are required to support the complaint process and comply with the outcomes of the worker complaint process.

What does the INTERNATIONAL Accord actually do?

The International Accord for Health and Safety in the Textile and Garment Industry is a legally-binding agreement between apparel brands and trade unions to make garment factories safe and healthy places to work.

The Accord on Fire and Building Safety in Bangladesh, founded in May 2013, was the first modern legally-binding safety agreement between workers, factory managers, and apparel companies that required brands and retailers to:

Additionally, the Accord also includes an enforcement mechanism by which legal action can be brought against non-compliant signatories.

The International Accord came into effect on September 1, 2021, as the successor agreement to the Bangladesh Accord. It maintains the vital elements of the Bangladesh Accord, and there are three ways in which the program will now expand: it covers a broader array of health and safety issues, it extends to factories in the textile sector, and, within the next two years, it will expand to at least one additional country.

WHAT COUNTRIES WILL THE NEW ACCORD EXPAND TO? WHY IS PAKISTAN A TOP CONTENDER?

In terms of international expansion, the Accord Steering Committee is conducting feasibility studies in other countries to determine the best place to expand the Accord. Pakistan has emerged as a priority country. Joris Oldenziel, Deputy Director of the International Accord Foundation, who also spoke during the CCC media briefing on the International Accord, said that: “[Given] the history [the International Accord Secretariat] has of engagement with stakeholders from Pakistan, interest from Accord brands—many brands expressed interest — to have the Accord also operate in Pakistan, it makes a lot of sense for us to at least also look at Pakistan as a priority country, but we will also be looking at other countries like India, Vietnam, Cambodia, possibly Turkey, Egypt, and Morocco.”

There is no doubt that an Accord on Health and Safety is needed in Pakistan. Fatal garment factory accidents like The Ali Enterprises factory fire in Karachi in 2012, which took the lives of 260 workers, continue to this day. In 2021, from January through August, 27 garment workers were killed and 62 injured due to factory fires, insufficient or locked or barred exits, faulty electrical wiring, chemical leaks, and collapsed buildings. For years, there has already been campaigning in Pakistan from labor groups demanding the Accord’s presence. However, until the International Accord completes its feasibility study and signatory brands agree, we can’t know for sure what the next country will be.

Remake has another in-depth article on the worker rights issues in Pakistan and their connection to the Accord.

Is the Accord going to make a difference, and how is it better than what previously existed?

According to the Worker Rights Consortium, an NGO witness signatory to the Accord:

“Prior to the Accord, practically no export garment factory in Bangladesh had a functioning emergency exit. Indeed, the Accord’s engineers found that across the 1,600 factories they inspected, most of which are located in multi-story buildings, that there were virtually zero fire exits. Most factories had collapsible metal gates on each floor, which don’t do anything to prevent smoke from engulfing an entire floor. Even worse, many of these gates were typically locked, causing workers to be trapped inside during fires. A crucial result of the Accord’s inspections is that now these have been replaced with fire-proof doors that swing outward so that workers won’t be trapped.

The Accord’s inspections have uncovered close to 130,000 safety violations, ranging from structural damage to unsafe fire escape routes. To date, the vast majority of these safety hazards have been eliminated. Very few workers have died in Accord-covered factories since the Accord was founded. The Accord has very likely saved hundreds of lives.”

Which brands can join?

Brands that want to commit to the safety of the garment workers in their supply chain can sign the Accord by visiting https://internationalaccord.org/join.

Is there a deadline for brands to join?

The Accord agreement is in effect until October 31, 2023, and brands can sign up through this date.

How much does each brand pay to join the Accord?

Brands contribute on a sliding scale based on the number of factories and the volume of production that they have in Bangladesh. These membership dues, capped at $350,000 a year,  cover inspections and trainings, as well as the complaint mechanisms and the cost of administration.

Are brands that have refused to sign free riding off the Accord?

A number of brands who have not joined the Accord are free riding off the work of the Accord by manufacturing in factories that have made substantial safety renovations as a result of the Accord program while supplying Accord signatory brands. An example of this free rider problem is the German brand Jack Wolfskin, which refused to sign the Accord, stating that they only source from Accord covered factories so they are “fine.”

How involved are local unions versus global unions?

The International Accord is signed with the IndustriALL Global Union (which represents the voices of its affiliated unions in Bangladesh) and UNI Global Union. Already, for years prior to the formation of the Accord, garment workers and their local unions in Bangladesh had drawn attention to the widespread safety hazards in the industry and the growing death toll among garment workers due to preventable safety incidents, calling on brands to sign such a binding agreement. On social media, you can find photos of demonstrations throughout the years by garment worker unions in Bangladesh urging brands to sign the Accord under the hashtags #SignTheAccord, #ProtectProgress, and #RanaPlazaNeverAgain.

What outreach efforts can consumers take to help ensure a favorite brand joins the Accord?

Consumers can take an active role in urging their favorite brands to join the Accord and protect the workers who make their clothes. Follow Remake’s Accord Brand Tracker and write to brands via Twitter or other social media accounts demanding they sign the Accord; or, if you’re interested in sending an email directly to brands’ inboxes, visit the Rana Plaza Never Again website.