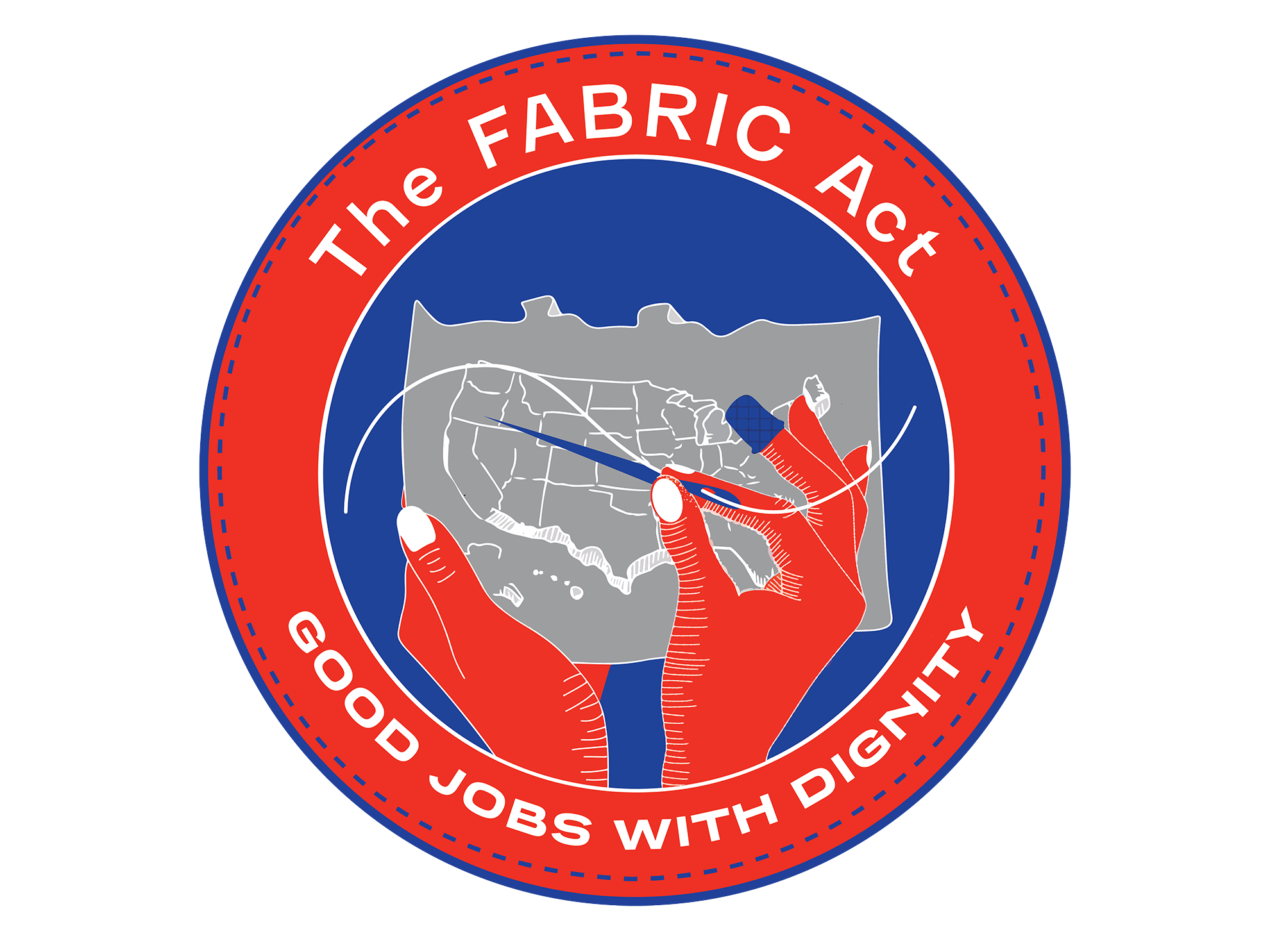 What we wear matters. And where and how it’s made matters. The United States garment sector is a $9 billion industry employing 95,000 people, a fraction of its heyday, but Made in USA clothing is on the rise. As such, on May 13, 2022, US Senator Kirsten Gillibrand (D-NY) introduced the Fashioning Accountability and Building Real Institutional Change (FABRIC) Act, which proposes major incentives to accelerate domestic apparel manufacturing and new workplace protections to cement the US as the global leader in responsible apparel production. Senator Cory Booker (D-NJ), Senator Elizabeth Warren (D-MA) and Senator Bernie Sanders (D-VT) are co-sponsors.

What is Remake’s Role in the FABRIC Act?

Remake has been a close collaborator with Senator Gillibrand’s team in developing the FABRIC Act, which aims to end wage theft for garment workers on a federal level, establish brand accountability, and incentivize the return of garment production in the U.S. We were a core part of the SB62 coalition, which inspired the FABRIC Act. Our current role includes building a supporting coalition of fashion brands, manufacturers, and worker organizations.

Why Do We Need the FABRIC Act?

Fashion is a $3 trillion global industry, but its manufacturing supply chains around the world are often rife with abuses, including forced labor and extreme poverty pay. The US took two historic steps towards ending this exploitation in 2021, by passing the Uyghur Forced Labor Prevention Act and California’s Garment Worker Protection Act. But more remains to be done.

While many American garment workers earn a middle class living, as a group they still suffer the second-highest rate of wage theft of all workers, with some earning as little as $2.68 an hour, far below the federal minimum wage.[2] Some factories abuse the piece rate system of pay, by which workers earn pennies per garment sewn rather than the minimum wage. These abuses are systemic, as layers of contracting separate brands from their garment workers, creating opaque supply chains with no oversight.

There are apparel manufacturers concentrated from coast to coast from California, New York, the Carolinas, and Texas that craft everything from high-end denim and luxury handbags to fast fashion and swimwear. But since peak employment of 1.4 million garment in 1973, offshoring and outsourcing have hollowed out the US garment manufacturing sector. Further, the US imports $28.8 billion in apparel from China—up from $2.8 billion 30 years ago. Many of these overseas garment manufacturing jobs lack adequate labor protections.

The US is in a unique position to accelerate domestic manufacturing coming out of the Covid-19 pandemic and lead the world in the booming $5 billion[1] global market for responsibly produced apparel. But many highly-skilled American garment workers are aging out of the industry and many manufacturers are seeking investments for workforce development and modern, high-tech machinery.

What Will the FABRIC Act Do?

The FABRIC Act proposes major new workplace protections and manufacturing incentives to cement the US as the global leader in responsible apparel production. Here are the Key Provisions of the FABRIC Act of 2022:

To create world-leading worker protections in apparel production, the bill amends the Fair Labor Standards Act of 1938 to include:

There are two immediate ways you can help support the FABRIC Act:

“My name is [Name], and I live in [City, State]. I am a constituent of [Senator]. I am calling on Senator [Name] to support and co-sponsor the FABRIC Act.

The FABRIC Act will ensure that American garment workers are paid fair wages, have better workplace protections, while also promoting much needed job growth in US manufacturing. By supporting the FABRIC Act, we can work to build a more transparent, sustainable and equitable clothing industry. Thank you for your time.”

Go to www.fabricact.org to find a full senator list and office phone numbers.