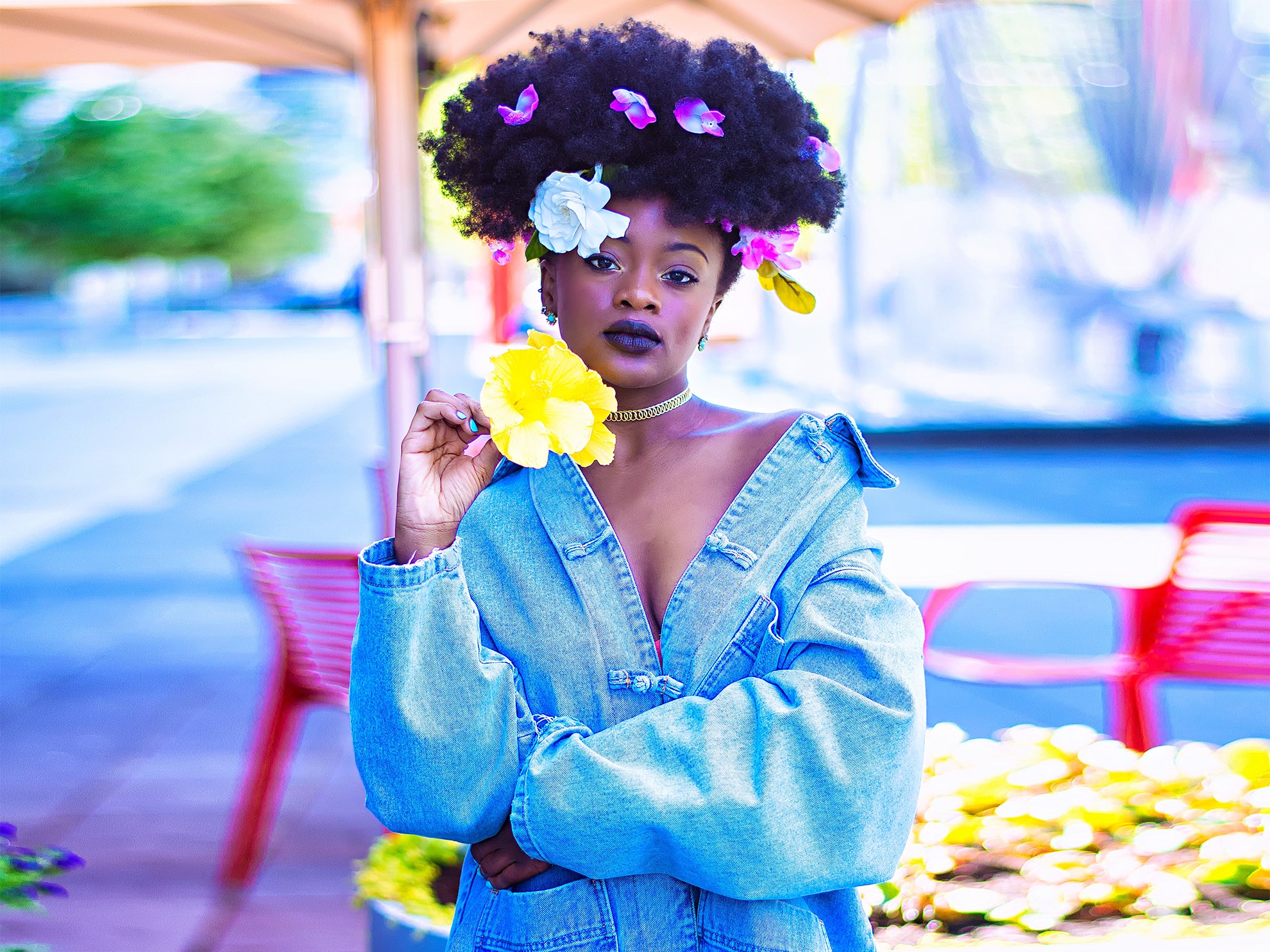 The #BlackLivesMatter protests of 2020 shed light on the trillion-dollar fashion industry’s deep entanglement with corporate racism — and, for the first time, attempted to hold brands accountable while the whole world watched.

Karissa Lewis, a five-month tenured associate manager for Canadian brand, Artizia, spoke out about the mistreatment she received as the only Black manager on her team, alleging that the company culture fostered a “very clique-y, very exclusionary” space. Everlane, a brand whose reputation has only recently begun to be questioned as its greenwashing spectacle becomes more transparent, was accused of underpaying overqualified Black employees in a revealing seven-page document released by an anonymous group referring to themselves as “the Ex-Wives Club.” Jen Gotch, founder of Ban.do — a brand which bolsters itself as wanting to produce products that foster joy — was revealed as using a “plantation accent” in front of her team in the presence of certain Black persons. And these accounts of racist corporate culture barely begin to scrape the surface of stories that arose during the summer of 2020.

This exposing of corporate wrongdoing pushed much of the industry to publicly pledge itself to the cause of bettering its diversity and inclusion practices, including promises to commit to anti-racist actions at the corporate level — but have fashion brands kept their word?

Following the #BlackLivesMatter protests of early 2020, many fashion brands committed to diversifying their corporate environment. Everlane pledged to re-write its code of ethics, and launch anti-racist training after its “radical transparency” unraveled and former employees revealed their experience with racist behavior, including insensitive, anti-Black language, prejudice, discrimination, and violation of personal space by white employees. Reformation decided to restructure its leadership to incorporate more POC talent and partner with the Black in Fashion Council. As for Ban.do founder Jen Gotch? She stepped down as the Chief Creative Officer of the brand and issued a public apology while the company continued on to publish a list of seven commitments to support “radical change in support of all marginalized groups,” including promising to “[place] BIPOC leaders in key decision-making roles and positions within [its] organization.”

When 2020 closed out, these seemingly-earnest promises from fashion brands made it seem like the fashion industry was at last ready to take some actionable steps in addressing the lack of racial equity occurring behind its curtains.

Remake’s 2021 Fashion Accountability Report, released approximately 19 months after brands had been put in the public hotseat for their backwards behavior, discovered a different reality. The report, which assessed 60 of fashion’s most profitable and influential brands, revealed that only 11 companies, roughly 18% of the study’s sample size, invested in the communities where they operate, taking race, class and gender into consideration. Furthermore, the report findings revealed that “while some companies made moves to diversify their teams and invest in career pipeline programs with Historically Black Colleges and Universities (HBCUs), the longevity and efficacy of these initiatives remains to be seen.”

1) Is the company investing in the communities where it operates in terms of its hiring practices, taking into account class, gender, and race? Remake analyzed whether companies were building relationships with local communities and HBCUs to create career pipelines and opportunities for historically marginalized communities. Only 18% of brands could demonstrate their participation in this kind of local investment.

2) Do the company’s job descriptions and requirements take into account local and  regional history? Practically, this question looked to find companies that recognized that a pool of uniquely qualified candidates may not meet the criteria usually sought out in traditional job descriptions. It was in this area that brands scored the lowest across the board, with only roughly 12% of assessed companies demonstrating proactiveness in this area.

In many instances, brands were found to not provide any public information on their DEI initiatives. Typically, when a company is not sharing info on something, it’s because there is nothing to report (or, only negative impact). Of the 60 brands assessed in the 2021 Fashion Accountability Report, 38 of them received “no” answers to all three aforementioned questions regarding diversity and inclusion. That’s approximately 63% — a majority.

And perhaps worse yet, much of what brands are currently doing in the field of governance appears to be clever marketing or word choice rather than true action towards diversity, equity, and inclusion. That, or tokenism, which is defined as “the practice of hiring a person who belongs to a minority group only to prevent criticism and give the appearance” of inclusivity. While brands are quick to broadcast messaging that markets diverse and inclusive ethos, these generic statements have no set initiatives or recorded data to back up their intent.

Of the 60 brands assessed in the 2021 Fashion Accountability Report, 38 of them received “no” answers to all three aforementioned questions regarding diversity and inclusion. That’s approximately 63% — a majority.

Take a look at Missguided’s “About Us” section of its website:

“Babe power is at the heart of our brand. We believe in championing young talent and real women, inspiring a new generation of unstoppable females to be themselves and achieve whatever they want. Our babes are the dreamers, believers and doers who represent our customers, brand advocates and iconic women from all shades of life and creative expression.”

While the brand has gone so far as to coin the term babe power for itself, Missguided’s message of “empowerment” ultimately falls flat. On the inclusivity front, Missguided’s website does not indicate any DEI initiatives within its corporate environment, or provide any information regarding its employment demographics or relationship with local communities. The company does not even list any charity organizations that it supports. Babe power isn’t helping the company cultivate a more diverse leadership team and invest in the communities where it operates. If Missguided wants to “[champion] young talent” by supporting women “from all shades of life” it could work to foster and retain young Black talent through HBCUs as a starting point. The brand received “no” answers to all three of the 2021 Fashion Accountability Report’s questions.

Alternatively, luxury brand Brother Vellies, founded in 2013 “with the goal of keeping traditional African design practices and techniques alive,” was the highest scoring brand in the Governance section of the 2021 Fashion Accountability Report, receiving “yes” answers to all three criteria questions. Taking things one step further, Brother Vellies founder, Aurora James, launched the 15 Percent Pledge, a nonprofit advocacy organization that aims to close the racial wealth gap through “partnering with retailers to diversify their shelves and commit 15 percent” of shelf space to Black-owned brands. The organization has been successful in its approach, shifting almost $10 billion of revenue to Black-owned businesses.

The hypocrisy of the industry doesn’t stop at the hiring level. Many brands that have yet to actively diversify their corporate environments have attempted to compensate with woke-washing in order to sell products to Black and brown communities under the guise of diversity and inclusion. The New York Times article “The Fashion World Promised More Diversity. Here’s What We Found” published in March of 2021 revealed that “many brands showed Black models in their ad campaigns […] but behind the scenes, there is little Black representation among the executives and designers leading these brands.”

“Brands should speak out only if they are also going to take a good, hard, long look inward. I want to see Nike (and any other brands considering speaking up) taking a look at their internal policies. Don’t throw rocks and then hide your hands. If you’re going to speak about it, be about it.”

Sportswear brand, Nike, is notorious for showing Black models and athletes within ad campaigns while having little representation in its brand leadership. In September of 2018, the brand positioned Colin Kaepernick, American civil rights activist and a former 49ers quarterback, as its company spokesperson, releasing a campaign featuring other prominent Black athletes. These advertisements, and others like it that Nike has released as #BlackLivesMatter began to sell more t-shirts, actively co-opted the movement in order to appeal more to its “target market, what the The New York Times calls, ‘urban youth.’” This narrative continued in 2020 following the George Floyd protests, when former Black employees shared their experiences anonymously through an Instagram account called “Black At Nike” following the release of the company’s “Just Don’t Do It” ad, a play on the famed brand slogan, advocating for greater awareness regarding racism in the United States.

As Kendra Scott, creative director of Critical Mass stated, “Brands should speak out only if they are also going to take a good, hard, long look inward. I want to see Nike (and any other brands considering speaking up) taking a look at their internal policies. Don’t throw rocks and then hide your hands. If you’re going to speak about it, be about it.”

Nike did receive a “yes” answer to the question of whether or not the brand is investing in the communities where it operates in terms of its hiring practices through building relationships with local communities and HBCUs. However, the brand still received “no” answers to the remaining two questions asked in the 2021 Fashion Accountability Report (Do the company’s job descriptions and requirements take into account local and  regional history? Does the company’s board and leadership reflect the demographic of the region’s population?).