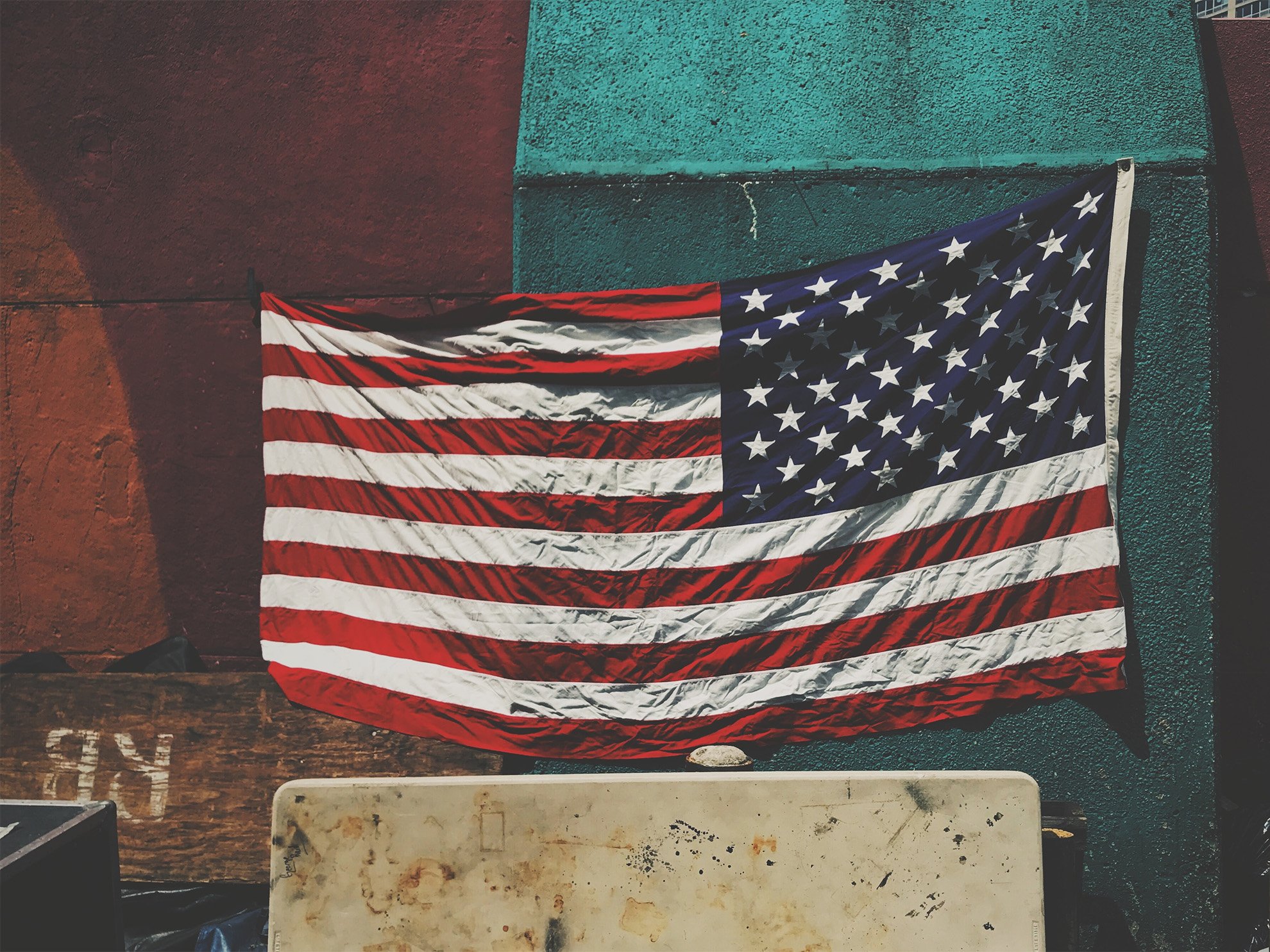 The exploitation of garment workers is experienced all over the world in numerous factories. From an abundance of sweatshops with unsafe working conditions to unfair wage distribution, the individuals that make our clothing are not receiving fair or even adequate treatment — and garment workers in the United States are no exception. The U.S. has clear and enforced labor regulations to prevent labor violations in all industries, so how are there sweatshops in the USA?

According to the American Apparel and Footwear Association, the majority of garment production occurs outside of the U.S., with 97% of clothing worn by U.S. consumers made overseas. Many believe that these international factories are where we see a majority of negligence and mistreatment of garment workers. However, when a garment is Made in the U.S.A., that doesn’t automatically mean the garment was produced in an environment free from exploitation.

Garment manufacturing, with a 42% immigrant workforce, has the second highest number of per capita wage theft cases [in America].

Through subcontracting, brands that manufacture garments in the U.S. can easily find loopholes that lead to multiple labor violations, such as unethical working hours, wage theft, and unmonitored and unsafe working conditions.

However, ongoing advocacy has been changing the landscape of working conditions in U.S. garment production. In 2021, landmark legislation was passed, the Garment Worker Protection Act, a law that holds brands accountable for ensuring Californian garment workers receive the minimum wage for their work. Recently, new legislation has been proposed to enact similar legislation on a federal level via the FABRIC Act, brought forth and spearheaded by US Senator Kirsten Gillibrand (D-NY), Remake and other partners.

Garment Manufacturing Hubs in the US:

Ayesha Barenblat, Founder and CEO of Remake, confirms that “[w]hile California has the largest manufacturing hub left, we have seen a need for better wages and investments in factories from North Carolina, Texas, Missouri to New York.”

How much does it cost to make a garment in the US?

Garment manufacturing is commonly offshored because, as Cline notes, “the cost of labor is higher in the U.S. than in major garment-producing countries, such as China, Bangladesh, and Vietnam.”

So just how much does it cost to manufacture a garment in the United States?

With so many factors (What materials are used? What technical skills are needed for production? What is the scope of production? etc.), it’s challenging to reach a definitive, line-by-line breakdown of all costs involved in garment manufacturing. But, let’s take a look at an example to get a picture of production costs for one brand that manufactures in the U.S.

Mallory Ottariano, Founder and CEO of Made in America brand Youer, breaks down the cost of production for a dress from her brand. She shares that the fabric costs $19.25, fabric printing is $5.10, the zipper is $2, cutting and sewing labor is $32, and shipping costs $2. This totals $60.35 (and doesn’t include other costs such as product development, rent, and errors made throughout production). For the company to make a profit, they will have to sell it for much more than a fast fashion dress manufactured overseas.

The reality is that garment production in the United States is more expensive than production in other countries. So, if you purchase a garment that was made in the U.S. for a similar price as a fast fashion alternative, it is probable that the garment worker did not receive an adequate or fair wage for making the garment.

Are there sweatshops in the USA?

Working with this definition, we can objectively state that, yes, there are sweatshops in the U.S.

Garment work tends to be done by women, many of whom are immigrants and people of color who are…already vulnerable to exploitation and then, on top of that, the fashion industry is heavily controlled by large corporations…

A Labor Conditions Inspector featured in Remake’s documentary film Made In America states that garment workers are often more vulnerable, and therefore more exploitable, than other workers in the U.S. Largely composed of immigrant women, the garment worker population may not know their rights as employees, have limited English skills, or not having legal documentation to work in the United States.

For example, as we see in the film below with Yeni, a garment worker in Los Angeles, because of her limited English skills, she didn’t know that she was making less than other workers because she couldn’t communicate with them.

A study from the Center for Public Integrity found that “Garment manufacturing, with a 42% immigrant workforce, has the second highest number of per capita wage theft cases.”

Cline notes that “garment work tends to be done by women, many of whom are immigrants and people of color who are economically precarious. Thus, the garment workforce is already vulnerable to exploitation. And then, on top of that, the fashion industry is heavily controlled by large corporations that have total power over the pricing and pace of work, and the resulting working conditions in the factories. The fashion industry is a toxic combination of worker vulnerability and extreme corporate power that creates the poverty pay, forced overtime, wage theft, gender-based violence and union busting that is regularly experienced in the garment industry.”

The pandemic highlighted poor working conditions for some garment workers in the U.S. Barenblat notes that, “during the pandemic, despite making our PPE and being deemed essential workers, we have seen garment makers grapple with wage and severance theft and COVID outbreaks without access to social protections. Working on piece rate, many do not make enough to live a life of dignity.”

Legislative Action is Helping to Put an End to US Sweatshops

By outsourcing to third party contractors, American brands have often skirted responsibility for the ethical treatment of garment workers.

In 1999, Assembly Bill 633 in California attempted to provide garment workers with protections and ultimately end wage theft. Although this legislation was enacted into law, brands found loopholes, particularly through subcontracting, and garment worker exploitation continued.

…this is a blueprint for the entire fashion industry. When it comes to joint liability and multilateral accountability, [SB62] is a bill of national and global interest.

However, in 2021, after effortless advocacy from the garment worker community and fashion activists, as previously mentioned. the Garment Worker Protection Act (SB62) was enacted into law. The Garment Worker Protection Act is a groundbreaking law that requires brands to be accountable for garment workers and eliminates the piece rate payment system.

The passing of this bill was truly historic. It forced brands to pay their workers fairly for their work, through the bill’s joint liability clause.

What’s Next and How You Can Help

The Garment Worker Protection Act was a tremendous win for California, but it’s just the beginning for garment worker protection legislation in the United States, and beyond.

Barenblat notes that the Garment Worker Protection Act “is a blueprint for the entire fashion industry. It was never a California-only issue. When it comes to joint liability and multilateral accountability, this is a bill of national and global interest.”

And we now have a bill to ensure garment worker protection throughout the US: the FABRIC Act.

Introduced by US Senator Kristen Gillibrand, the FABRIC Act aims to enact parameters for garment worker protection on a federal level. Through a garment industry registry; requirements for both brands and retailers (in addition to subcontractors) to utilize responsible production practices; and the elimination of piece rate pay, the FABRIC Act would provide protection for garment workers throughout the country.

Cline explains that “the FABRIC Act proposes that brands share in the responsibility for proper wages and humane, legal hours for their garment workers. For example, if garment workers face wage theft or forced overtime, under the FABRIC Act, brands will be jointly liable for paying the garment workers back what they’re owed. As we’ve seen in California, wage theft can amount to substantial sums of money that makes the difference between a garment worker being able to pay the rent, put food on the table and send their kids to school.”

Similarly, Theresa Haas, Director of Global Strategies at Workers United, a labor union, highlights that “the FABRIC Act will create a mechanism through which workers can hold fashion brands and retailers responsible for the labor practices of their US contractors, bringing a level of legal accountability that has been sorely lacking in the modern apparel industry. This provision will allow workers to pursue legal [remedies] from the same brands and retailers whose business practices lead to labor abuses and who have managed to evade responsibility for decades.”

Support the FABRIC ACT by Signing the Citizen Petition, and calling your Senators to voice your support for this Momentous bill!