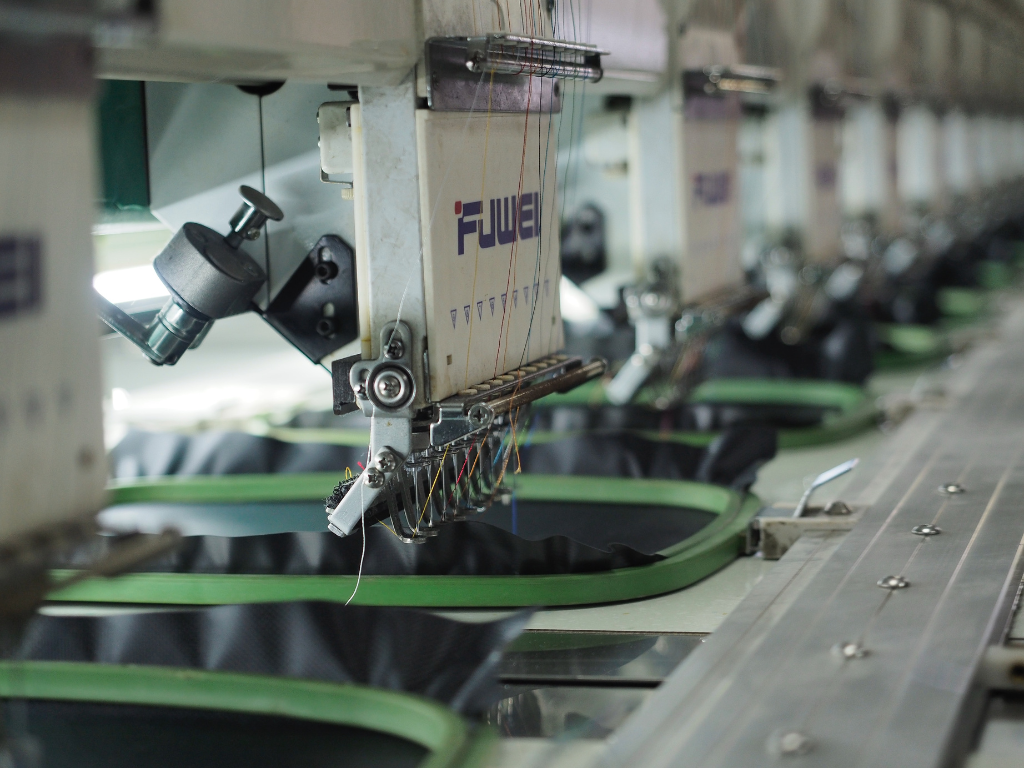 We are in the age of self-driving cars, drones that deliver packages, and food delivery robots that navigate their way directly to your door. This new technology gives us a glimpse of how jobs historically performed by humans can be replaced by automation in the near future. Search engines are littered with articles asking how far will this automation go and if it will result in taking away jobs from everyday workers. In the fashion industry, where most garment workers are already working for hand-to-mouth wages, the question of automation taking over the roles of humans becomes even more significant.

Let’s look to the future

From 2016 to 2018, start-ups have been introducing automated sewing prototypes to build anticipation in the market, such as the Sewbots by the Atlanta-based company, Software Automation. However, Sewbots can only make t-shirts. Several years have passed since its introduction, and yet little has resulted from the introduction of these machines for automated sewing.

Although not widespread yet, many steps in the garment manufacturing process such as cutting, steaming, or even attaching pockets are already automated. Automating the sewing process proves to be a tough nut to crack as the machine needs to mimic the way human hands adjust to the subtle movement and stretch of the fabrics. In partnership with Microfinance Opportunities, Remake assisted in creating garment worker surveys centering on how the clothing industry is moving towards automation and what has resulted from the introduction of machines into garment manufacturing.

In June 2022, Microfinance Opportunities conducted a series of surveys to better understand the intricacies of the garment industry in relation to automation. The surveys, published on Garment Worker Diaries, an initiative of Microfinance Opportunities, detailed findings on the opinions of garment workers and how automation has affected their jobs.

“Workers welcome machines that make their jobs easier and allow them to finish their quotas on time.”

The surveys interviewed 1,282 garment workers in Bangladesh, with 26% sharing that they have experienced or observed automation in their work. Of that subgroup, they expressed mainly positive experiences with automation since automating their existing tasks increased their productivity and quality of work. However, from a long-term perspective, automation might greatly disrupt their work or eliminate their current positions.

In an interview with Remake, Daniela Ortega Sambo, director of operations at Microfinance Opportunities, stated, “Workers welcome machines that make their jobs easier and allow them to finish their quotas on time,” because of the grueling nature of the current business model of manufacturing. According to Sambo, working up to 12 hours a day and six days a week is currently legal for workers in Bangladesh. This legal change increased from a previous maximum of 10 hours a day, which had been instated as the government’s response to the rise of orders in the ready-made garment sector as importing countries recovered from the COVID-19 pandemic. However, working excessive hours is already common practice in the industry.

85% of the workers who experienced automation reported an average of 50% increase in their work quota. Yet, 71% of them did not see a change in their salary.

Although automation can help ease workers’ burden, Sambo noted that “What should not happen is for everything but quotas to stay the same.” Unfortunately, this is what was reflected in the Microfinance Opportunities surveys. With increased productivity comes increased expectations in output. 85% of the workers who experienced automation reported an average of 50% increase in their work quota (amount of pieces to be completed within a day). Yet, 71% of them did not see a change in their salary. It begs the question, who is profiting from this increased productivity?

Within and beyond Bangladesh, there is an abundance of cheap labor available to “outbid” one other for export orders coming from high-income countries. Garment manufacturers adopt automation to enhance their competitiveness: they can offer lower prices while making more profits. Or, with the immense power that fashion companies yield, they are able to continually drive down the prices of their suppliers because of the productivity increase. As the pie is getting bigger through increased productivity, why are garment workers still getting the same sized slice? When garment workers globally are still trapped in poverty wages, where is the sustainable development that we often talk of, if increased productivity alone is not bringing such change?

Mark Anner, director of the Center for Global Workers’ Rights at Penn State University, pointed out that even though the pie is getting bigger with increased productivity, “Somebody has the power to decide how the pie gets sliced up.” To weaken the power companies have over workers, Anner pointed out there are two main mechanisms historically: government regulations and workers’ collective power. However, Bangladesh has had the lowest minimum wage among major garment-exporting countries (such as Vietnam and China). It raises its minimum wage every five years, which is “insane” according to Anner. The last minimum wage increase in Bangladesh took place in 2018, which was already insufficient for workers to support their livelihoods back then. Taking into account the high inflation rate in 2022, workers have no choice but to work excessive hours or take up side jobs to support themselves.

This reality clashes with the narrative in economic development circles that a full-time garment manufacturing job in the Global South is a decent formal job, enough for someone to move out of poverty. Democratic, independent trade unions along with forms of collective action such as strikes and protests constitute the second mechanism according to Anner. Yet, the right to peacefully protest is not a given in historically repressive countries where garment production increasingly takes place. Unfortunately the risks to workers’ physical well-being has been widely documented when exercising their collective power to demand better treatments.

What Do We DO?

As the survey data makes clear, the increased productivity that comes with automation made no impact on the majority of workers’ wages, against the background that 92% of companies currently cannot demonstrate that they pay living wages. Facing a future where garment manufacturing will be increasingly automated, Ayesha Barenblat, founder and CEO at Remake, reminded us that we need to seriously consider “what is to happen to this predominantly women of color workforce who has kept this industry running and profitable for so long.”

Showing solidarity with garment workers globally is what we as citizens and consumers can do, says Anner. As consumers we have the opportunity “shift the power imbalance” so workers can earn living wages and work in safe conditions. Our attention on their well-being can prevent their mistreatment in the factories and in the streets. For example, pressuring Levi’s to sign the International Accord, a life-saving, binding agreement for clothing companies.

Training garment workers for the age of automation does bring wage increases and job promotions for some, as pointed out by Sarah Krasley, CEO at Shimmy, an industrial ed tech company preparing the workforce for automation and Industry 4.0. Automation has the ability to take over the manufacturing work that is dirty, dangerous, and tedious, opening up higher-paying jobs to a workforce that is trained to operate and service automated machines. However, there is a finite number of these positions, stated Krasley, and Shimmy wants to “support any workers who move out of the industry with transferrable skills to find decent work in other sectors.”

Whether it is automation, an economic slowdown, or a decrease in volume of orders because of COVID, Barenblat states that in each instance the industry “pushes the economic pressures onto the backs of workers.” Workers find “everything around them is becoming more expensive,” while their wages stay the same. The surveys by Microfinance Opportunities not only remind us to advocate for a responsible transition as the age of automation dawns, but also reignite the urgent conversation around living wages for garment workers.

The surveys interviewed 1282 garment workers from factories in five main industrial regions in Bangladesh (Chittagong, Dhaka City, Gazipur, Narayanganj, and Savar) in June 2022. Over 75% of the respondents are women, which is representative of the gender distribution of the workforce in garment manufacturing.

Join Remake in advocating for Worker Safety in Bangladesh — Send an Email to Levi’s Executives Demanding they sign the Accord, a life-saving agreement on factory safety.

Joining Remake in 2017, Yimin Deng-Wen holds degrees in fashion design and international development to explore his path of addressing sustainability in fashion and beyond. He is now based in Paris.