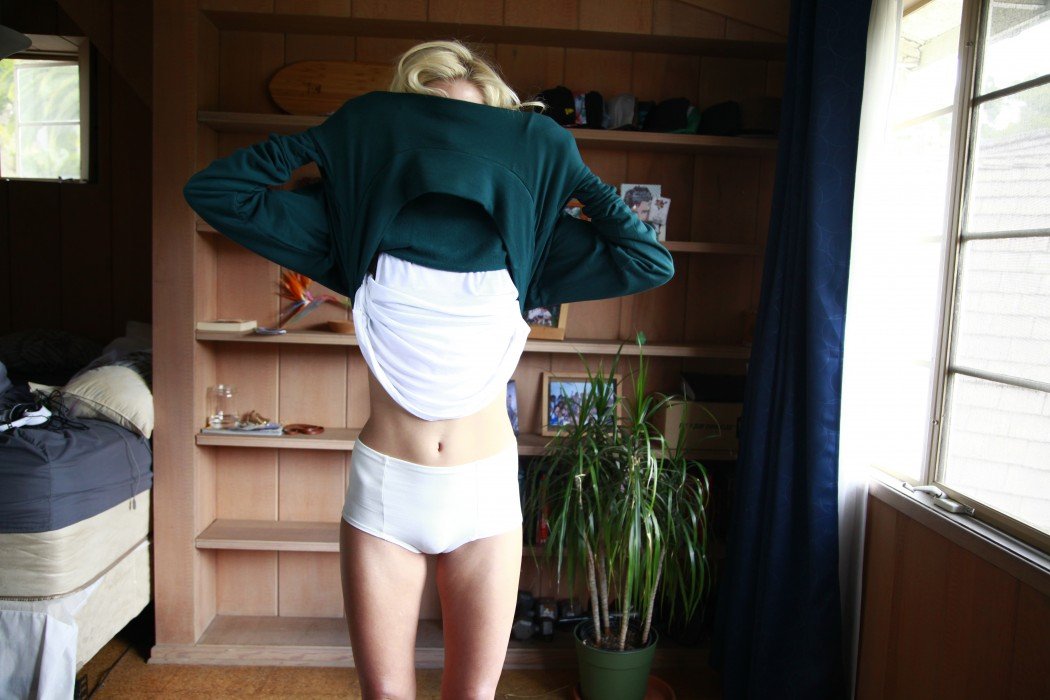 Organic. Unbelievably soft. Made to last. These are qualities of the LA-casual brand to know and love.

Groceries Apparel and the two masterminds behind the brand, Rob and Matt, started 8 years ago with a mere $1,000 investment to upend the myth that accessible fashion has to ignore people and planet to survive in today’s market.

The two were studying at UC Santa Barbara when Rob recruited Matt. Advisors told them, ‘It’s too niche.’ ‘It’s too expensive to build’. But with sales that are expected to surpass $5 million this year, this eco-niche apparel business is fast becoming the new eco-mainstream.

Remake visited their Los Angeles factory where we got a tour, talked about our hopes and dreams for the fashion industry, and overall had a blast chatting over these 7 questions:

What is the craziest thing that’s happened since you started Groceries Apparel?

Matt: Back in the beginning, we got a big deal with Holt Renfrew in Canada through our Canadian distributor. We were still really new and running late on the delivery. The order had to get to Montréal, or it was going to be cancelled. It was a big $30,000 order, which especially back then was a super big order for us. And we just were not going to get it done by that Friday night when the trucking company would come and drive it to Montréal over the weekend. So we bought a Special Edition 1986 Dodge Van, that had a bed in the back, and drove straight from LA to Montrèal without stopping, to make the delivery on time.

Rob: 56 hours straight and we only stopped for gas. The car was also leaking oil, so every time we got gas we had to refill the oil. We spent about $800 on the van, and $1,000 on tires and just hit the road the second the order was produced. But we saved a $30,000 order. So it was worth it. When we came into the distribution center, all the employees clapped.

Matt: Then we got some poutine of course.

What are some of the nicknames you have for coworkers? Garment makers?

Rob: We call Matt “The Salesroid.” Salesman on steroids.

Matt: Linda “The Queen” is our pattern maker and our very first employee, she actually came into the company even before Matt! She is definitely our MVP and made us look good on fits and quality from day 1.

Rob: There’s also Fausto who is our second employee. We call him the fastest coverstitch in the West. He rides that coverstitch machine like a cowboy on a horse. If you watch him out there he does this great lasso movement. He’s willing to race any other operator to test this claim!

Rob: Our vegetable dye. We just started selling it a few months ago. I think that’s a big part of our future, is selling non-toxic clothing, it’s kind of the final piece for us.

Matt: Plus that we are our own factory, that’s so rare these days. If people want to talk about the supply chain, see what it can be about, they can come here and see what we’ve built.

Which celebrity is your dream brand face?

Robert: Oh, Oprah. She’s someone I respect and could get the message out there.

Matt: The goal is to get the message out there, and Oprah has the biggest mic.

If Groceries Apparel were a musical artist, who would it be?

Matt: Céline Dion, no just kidding. Who is someone really smart people that everyone likes? Maybe Justin Timberlake?

Rob: Fresh from the SuperBowl…That is our goal, to be eco-mainstream, so maybe we aim high with Justin Bieber.

Matt: Anyone with the initials JT, first name Justin.

Can you eat your vegetable dye?

Rob: You could technically. I guess it depends on what step of the process you’re tasting…I don’t think it would taste that good at any point.

Rob: Yes, to answer your question, our vegetable dye is non-toxic.

What’s the one thing that consumers can do to be more conscious when they buy fashion?

Rob: Demand more from the brands. I think it’s all on the brand. Demand full transparency from the products that you purchase. It’s your right.

Matt: Your consumer dollar is your voice, truly, in this capitalist society that we have. How you truly vote is with your dollar. And, consume less. Buy quality.

Enter the code “Friends20” for 20% off your next Groceries Apparel order.

Matt: Most recently I went to Italy, and Rome was pretty cool.

Rob: I like Berlin. That whole corridor, Berlin, Prague. Either that or sitting on the beach in Bali or Costa Rica. But I will say that in Berlin the people were really interesting.

Who is on your playlist?

Rob: I usually do Hype Machine! I like a lot of new music that comes out. I dunno…Matt what do you think?

Matt: Honestly for me, it’s podcasts. I’m all about the NPR podcasts: Planet Money, or Freakonomics. I listen to the Adam Carolla Show a lot. Then I like hip hop as well.

Rob: The froot loops guy was a toucan right?